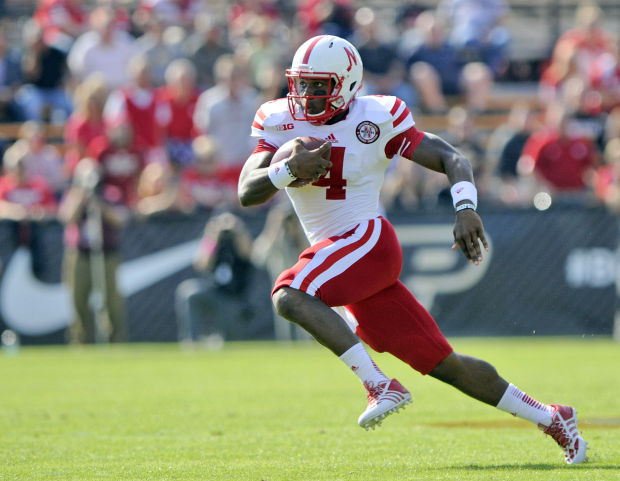 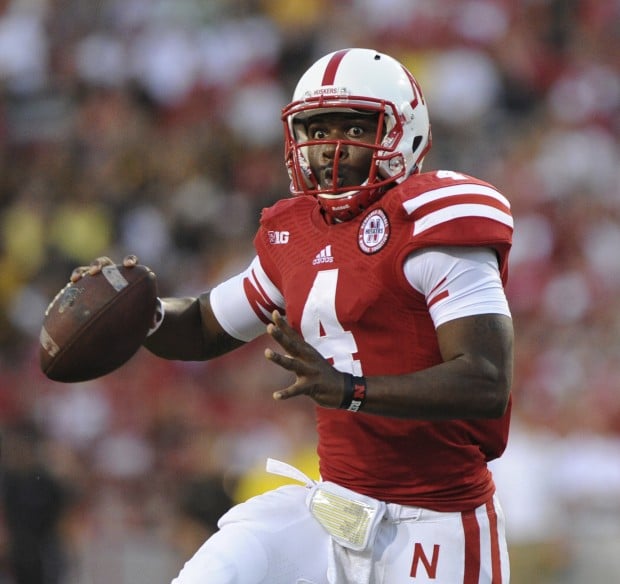 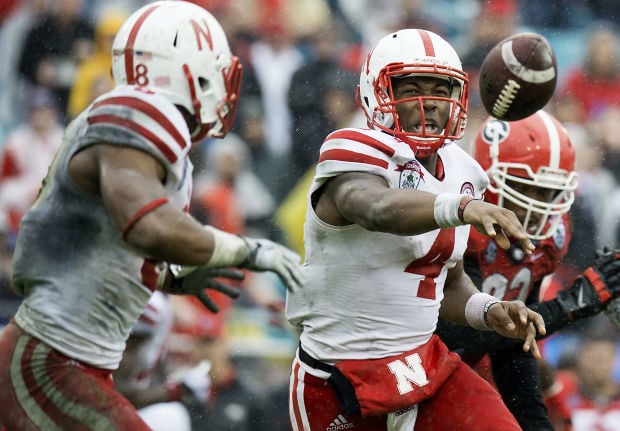 Nebraska quarterback Tommy Armstrong (4) pitches to running back Ameer Abdullah during the fourth quarter of the Gator Bowl Jan. 1 in Jacksonville, Fla. Both players return for the 2014 season and Husker fans should get a chance to watch them in the April 12 Red-White Spring Game. 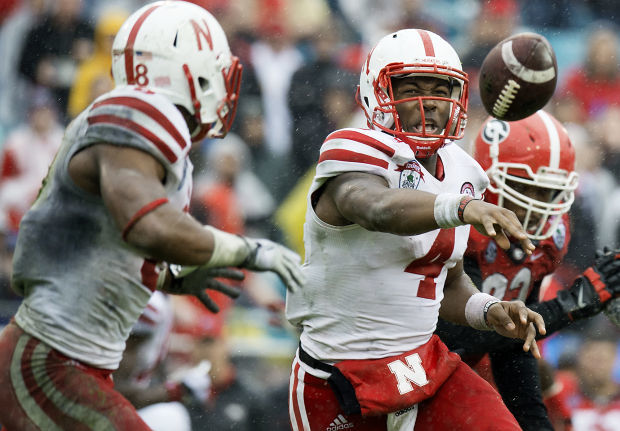 Tommy Armstrong understands at least one reason why the Nebraska football team is picked by media to finish third in the Big Ten West Division.

It's because of, well, him.

It's because of the guy wearing No. 4 on offense.

You know, the guy who hasn't even convinced many Husker fans that he should be at the controls.

"Me being a redshirt sophomore, most people may not think I'm capable of doing everything that other quarterbacks in the Big Ten are doing now," Armstrong says. "Braxton Miller, (Christian) Hackenberg. ... Those guys are big names in the Big Ten."

Iowa junior Jake Rudock isn't a big name, but is arguably more equipped than Armstrong to guide his team to the Big Ten Championship Game.

Armstrong, though, was 7-1 as Nebraska's starter last season while filling in for the injured Taylor Martinez. Even so, nobody from ESPN is en route to Lincoln to profile Armstrong as the Huskers prepare for Monday's commencement of preseason drills.

For now, credit Nebraska coaches for taking a wise approach with Armstrong. They're not guaranteeing him the starting job, his sturdy bowl performance notwithstanding. They're also telling him to avoid trying to win games on his own. No reason to try to be a superhero when Ameer Abdullah is standing right behind you, and Kenny Bell is flanked to one side.

No reason to force passes into coverage, as has been his tendency.

"We're going to have a very talented quarterback in there, whoever that guy ends up being," Nebraska coach Bo Pelini says. "But the pieces around him are going to be pretty good. I think a big piece of the puzzle is the quarterback understanding he doesn't have to go out and win a game by himself."

The departed Martinez, a tremendous athlete and admirable program ambassador, has admitted he tried to do too much at times.

"You let the offense work for you," Pelini says. "Let the talent around you do its job, too. I think there's good balance on the offensive side."

Asked what he likes most about the offense, Pelini said leadership and physical toughness. It's not a coincidence that Armstrong grades high in both areas.

Armstrong earned respect from teammates this offseason. He was a beast in conditioning drills, Pelini says. Armstrong also earned respect last season both with triumphs he helped produce and the manner in which he responded to adversity.

He's a natural leader, it seems.

But leaders get bruised mentally and physically. Armstrong was hurting on both counts late last season, he admits. Limping on a bum ankle, he was conflicted entering the regular-season finale against Iowa. Should he play? Or should he sit out and heal? He went back and forth in his mind.

"I felt like I could've done more to help out the team," he says now. "I felt like I gave up on the team, and I felt like if it came down to that situation, it'd never happen again."

Through it all, he came to understand nothing would be given to him. He matured. He better understands the value of hard work and being mindful of diligently working on shortcomings, he says.

In midsentence, he stops to take a deep breath. He searches for the right words.

"It's one thing to go out and just react to things," he says. "It's a different story when you go out there and try to fix it. I felt like last year I didn't want to fix it. I just tried to react to things, just because of the things (offensive coordinator Tim) Beck told me.

"Sometimes he told me, 'I just need you to go out and react, play your game, and it'll all fall in place.'"

Yeah, Armstrong admits, he panicked at times. No surprise there. He was a rookie.

He criticizes himself harshly. He has to cut back on that. Beck reminds him that it's the coaches' job to criticize.

Armstrong is clearly a young quarterback in a growth pattern. Here's hoping the coaches are patient with him. Pelini is right. Armstrong could help himself greatly by leaning on excellent players around him. He did that in the Gator Bowl win against Georgia. He didn't force much at all.

He says he gained confidence in the bowl game, but emphasizes that he had picked up confidence during preparations.

"I was gaining confidence by talking to Coach Bo about the future, about improving," he says.

I think Armstrong's performance against Georgia — intelligent and tough in the rain — was a sign of things to come. A sign that someday folks could pick Nebraska to win the Big Ten largely because of No. 4.

Nebraska quarterback Tommy Armstrong Jr. talks about work done in the offseason and his goals for this season on Friday, Aug. 1, 2014. GWYNETH…

Nebraska quarterback Tommy Armstrong (4) pitches to running back Ameer Abdullah during the fourth quarter of the Gator Bowl Jan. 1 in Jacksonville, Fla. Both players return for the 2014 season and Husker fans should get a chance to watch them in the April 12 Red-White Spring Game.