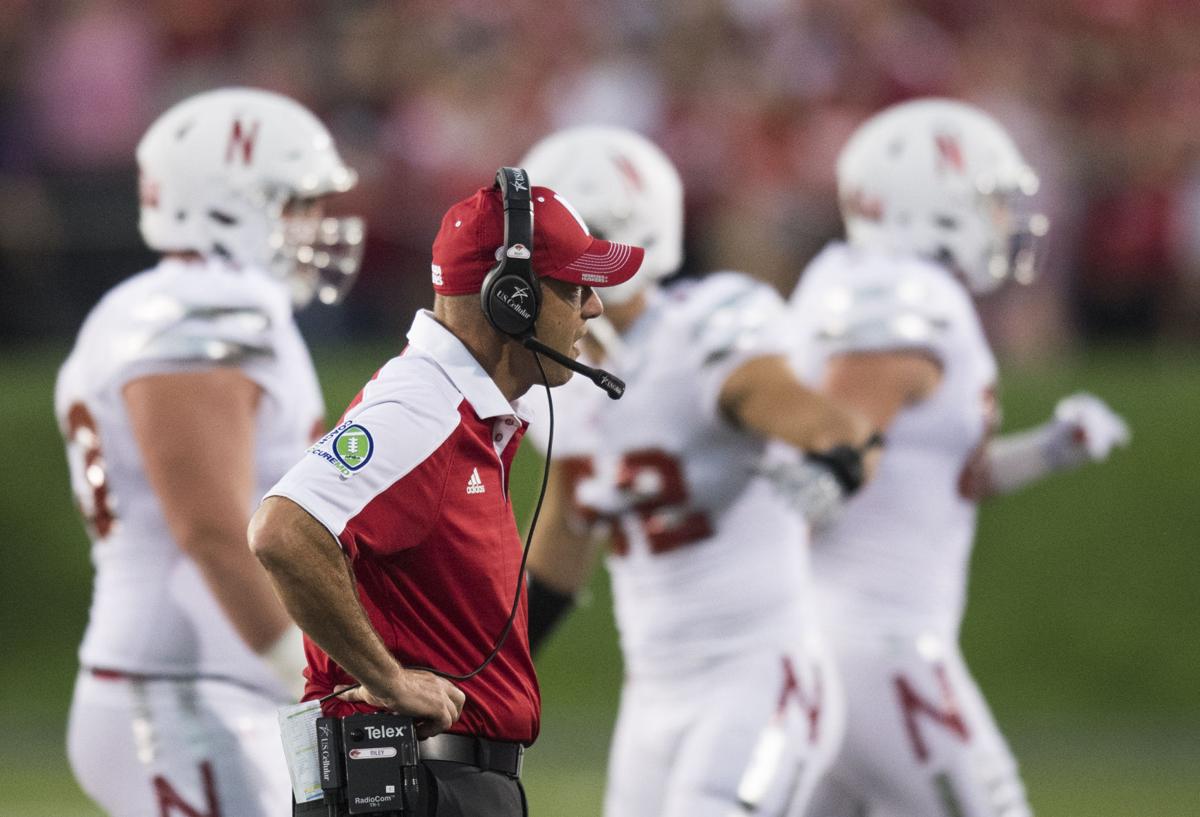 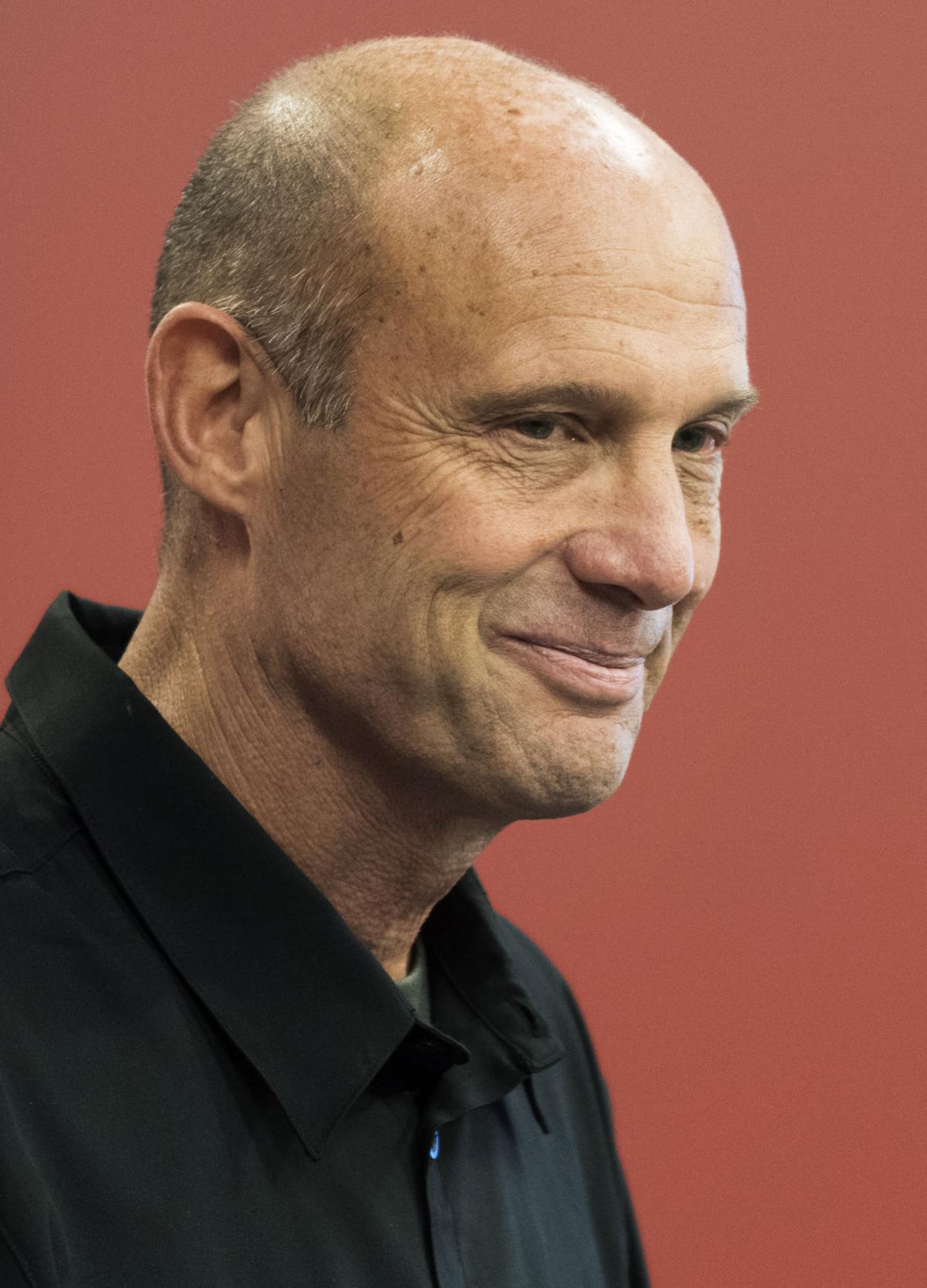 Nebraska is 7-1 in its past eight games under Mike Riley.

You see real-world maturity coupled with an easy-going nature. You often notice Nebraska football coach Mike Riley adding an appropriate amount of levity to relatively heavy topics in and around his program.

Exhibit A: Asked Monday about Husker receivers coach Keith Williams' return to the sideline Saturday, Riley looked up at a roomful of reporters, smiled and cracked:

"You know, I told him we better win," Riley said. "Otherwise, he's going back in the box."

Perfect, right? Yes, of course, Riley understands the seriousness of Williams' situation. He also knows it does nobody much good — most notably, his players — to dwell on the matter. After all, Williams' third-offense drunken-driving arrest occurred back in mid-August. He's served his suspension. Time to move on.

Time to think about Illinois.

Nobody is saying Riley is the perfect coach. But he seemed to handle a heavy week in Husker Nation exceptionally well. He handled it by dealing with serious matters head-on and never blinking. He handles it all with a gleam in his eye. He remains quick with a smile.

His sense of calm in the midst of tumult was critical this week, when folks around the state engaged in spirited and at times heated discussion about three Nebraska players' decision to kneel during the national anthem last Saturday at Northwestern.

In four decades of coaching, the 63-year-old has witnessed a lot, heard a lot, dealt with a lot. Perhaps that helps explain his ability to press forward in his usual pleasant manner even as he addresses unpleasant and/or serious occurrences.

Exhibit B: As Riley walked off the practice field Tuesday alongside Michael Rose-Ivey, one of the three Husker protesters, a reporter approached to ask the coach about NU Regent Hal Daub's opinion, voiced to the Journal Star, that the three kneeling players should be booted off the team (Daub later denied saying that).

Riley smiled and said it's everybody's right to express an opinion, adding: "I don't have any other comment except there will probably be tons of different reactions to lots of situations that will continue to go on for weeks and months in this country."

Some coaches, in a similar situation, would bow up and spit fire. Riley goes with the flow, it seems. Yes, it's early in his tenure at Nebraska. He has plenty to prove. But at the moment, he seems to be the right man at the right time for the Huskers.

He's been a steadying force in what's already been a trying season.

He's been a source of strength in the wake of the deaths of Sam Foltz and Milt Tenopir.

Thing is, Husker Nation still expects wins. It should expect wins. Several of them. Enough wins to finish atop the Big Ten West Division. Riley has that type of team on his hands. I think he knows that. He clearly expects a lot from this crew. You've felt and heard it in his reaction to victories.

Maybe he feels this can be a special season — a rebound season of beating odds and adversity.

Maybe his feeling has been building since late last season, when Nebraska remained strong even after falling to 3-6 with a devastating loss at Purdue.

Riley never panicked, at least not that I saw. His showed exemplary leadership by staying calm and maintaining a healthy perspective.

Exhibit C: On the Tuesday after the loss to the Boilermakers, Riley was walking off the practice field toward a swarm of reporters.

"How's everyone doing!?" he said, with his usual smile.

Nebraska proceeded to upset then-No. 6 Michigan State that week, the start of a 7-1 surge since the loss to Purdue.

And, hey, maybe Riley really does have a special team on his hands.

Peter thinks the on-field protest and resulting conversation "is all a distraction."

"You're there on Saturdays or Sundays to line up and take care of business," he said, noting off-field issues that easily could've derailed NU's 1994 and 1995 national championship seasons.

"It never, ever touched the field," he said. "Our goal was, 'We're winning national championships.' Nothing was getting in the way."

This week, especially early on, the potential for Nebraska to get sidetracked seemed substantial.

Tension waned as the week progressed.

A large share of the credit for that goes to Riley.

My read is Nebraska will be focused on beating Illinois.

If that's the case, a special season will seem even more possible.

Steven M. Sipple: This time around, Armstrong more likely to stay in rhythm

Nebraska quarterback Tommy Armstrong, in four games, has settled into a nice rhythm.

Keith Williams sat in his office, and from the sounds of things, he was going a little bit nuts. As those last couple series of the Nebraska-O…

Mike Riley will tell you that Thursday is his "paranoia time of the week." It's now close enough to the game that a coach starts to worry abou…

It happened for only a second. And we're not pointing fingers at anyone here. It was a small room, crammed with people and television cameras …

Sam Cotton was on the edge of the circle, distracted. A fellow tight end, a fellow senior, was laying on the field. For a moment Saturday, Cot…

Steven M. Sipple: With Huskers on bye week, a chance for chills and even a few tears

With Nebraska on a bye week, I watched 12 straight hours of college football Saturday, and jotted down 50 thoughts.

Nebraska is 7-1 in its past eight games under Mike Riley.