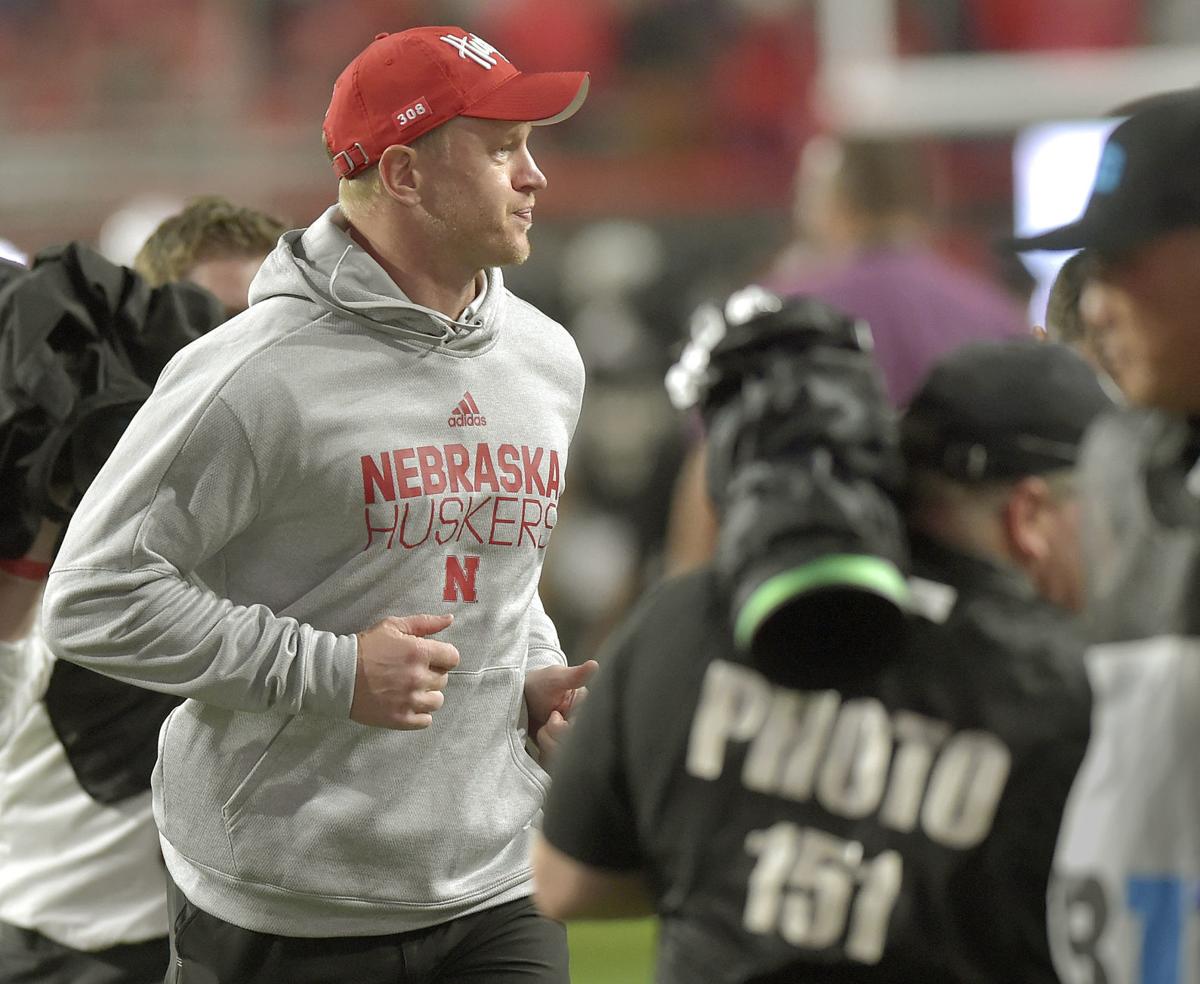 Bill Moos doesn't use the word “impatient” to describe the Nebraska football fan base at this point in time.

He goes with “hungry” to describe it. Husker fans are hungry for the program to return to greatness, he says.

In fact, he says, “It’s incredible our fans have been as patient as they have been through the previous three coaches."

He thinks Scott Frost’s popularity with the Big Red masses will calm a lot of restlessness. It can't calm all of it. That's not realistic. I mean, Nebraska last won a conference championship in 1999.

But make no mistake, Moos believes patience is needed as Frost builds his program. Moos this week went so far as to say the second-year Husker head coach may need a couple more years to get things really rolling.

This sort of discussion is where it pays to have a football-savvy athletic director overseeing the enterprise, one who clearly understands what Frost is up against in the Big Ten.

“I was at Michigan last year, and I saw the Wolverines come out of the tunnel,” he says. “When their safeties are chiseled and maybe look like our tight ends, I turned to (wife) Kendra and said, ‘I think we’re in for a rough day. We’ll play hard, but the human part of the equation isn’t there yet for us.'”

Parker Gabriel shares insights from head coach Scott Frost on the unknown factors that may come into play in the game against Minnesota.

In other words, Nebraska doesn’t have enough horses to be a genuine threat to capture a Big Ten championship.

I like that Moos can size up the situation for what it is.

Michigan, of course, overpowered Nebraska that day to the tune of 56-10, and that wasn't a great Wolverines team.

So, how does Moos go about asking Husker fans to be patient as Frost builds his program?

His answer is equal parts wise and pragmatic.

“If you long for the days of yesteryear, then you’re going to have to be patient because there are no quick fixes in these things," he says. "If there are quick fixes — and I’ve been around those situations, too — you can go from first to worst overnight because it’s a house of cards.”

As Oregon's athletic director in the late 1990s, Moos watched a house of cards crumble at Washington State. Former head coach Mike Price did a heck of a job to get the Cougars to the Rose Bowl in 1997. In fact, that might be the best Cougar team of all time, but the next year WSU didn’t win a conference game.

The trick, Moos says, is to build the program piece by piece on strong building blocks. That way, if you stub your toe in a season, the record might be 8-4 instead of 4-8.

Two of the main building blocks to which Moos refers are recruiting high-level scholarship players — he thinks Frost has that part on the uptick — and continuing to build the walk-on program at a high level. That should continue to be a Frost specialty, and yes, Moos likes that picture.

But it’s the walk-on program that is largely why he feels Frost needs ample time to build.

“Because the walk-on program really isn’t going to contribute in a big way until Year Three or Four,” Moos says. “These invited walk-ons and all the things we’re doing to get it back to how it was back in the day, those players have to be developed.”

He’s studied the history of Nebraska football. He knows what he’s talking about.

“There was star power in the program once upon a time, but much of it was developed from within," he says.

As for recruiting, Moos has a little building project on his hands that he thinks could help matters greatly. By the way, there were some "powers-that-be" on campus who needed to be convinced the $155 million athletic complex was necessary, Moos says.

"It took quite a bit of convincing, actually," he says. "But the project shows a continued investment in where we plan to be and makes the competition look over their shoulders. I’ve heard from several of my friends and some in the Big Ten already. They say, ‘Wow, you guys are off and running. This will be a game-changer.’”

Not right away. Moos won’t try to sell you that notion.

“I want to be guarded about getting the hype too high, because if you don’t deliver, it’s a disappointment in the fan base," he says.

Which explains why Moos played it cool in July when asked what would constitute a successful season in Frost's second year. When Moos said six wins and a bowl game, some folks thought he was being overly cautious.

“Then it’s, ‘Hey, what are you going to do about it? Are you going to fire a coordinator?'" Moos says. "I’ve been through those things before. Hey, I’ve gotta be a realist. I hope we can win every game. I think it’ll be tough. …”

Tough now and maybe tough for the next few years, especially against the Ohio States of the world.

“The human part of the equation isn’t quite there,” Moos says.

If you’re a Husker fan, he hopes you stay hungry as Frost builds the program.

Meanwhile, perhaps Frost can get enough out of the team to consistently keep impatience at a bare minimum.

A win Saturday at Minnesota would help greatly in that regard.

Watch: Frost says Huskers had 'good' week of preparation ahead of Minnesota

Steven M. Sipple: Spare me the 'It's just Northwestern' talk; this win felt special for Nebraska

Minimizing Nebraska's 13-10 victory is not only disrespecting Pat Fitzgerald's program, it's disrespecting a hard-earned — and entertaining — athletic achievement by a program trying to build toward past glory.

Husker Extra hot topic: What does Nebraska's offense look like with a backup quarterback at the controls?

In this week's Hot Topic, Parker Steve and Chris discuss what might happen if the Huskers turn to a backup quarterback this week.

Nebraska football coaches have long known and expected that Wan’Dale Robinson would have a chance to have an early impact during his freshman season.

The fullback is certainly not dead in Denver.

Steven M. Sipple: Frost working to build skill-position talent to where it can match Gophers

That's right, Minnesota — Nebraska's opponent at 6:30 p.m. Saturday in Minneapolis — has a clear edge on Scott Frost's crew in terms of skill-position talent. Even so, the Huskers have an excellent chance to prevail and stay squarely in the hunt for first place in the Big Ten West Division.

On a day last month when not much went right for Nebraska’s football team on the field, Marquis Black still saw something that made quite an i…

Already playing without quarterback Adrian Martinez, Nebraska offensive sparkplug Wan'Dale Robinson has been carted to the locker room with an apparent lower leg or ankle injury.