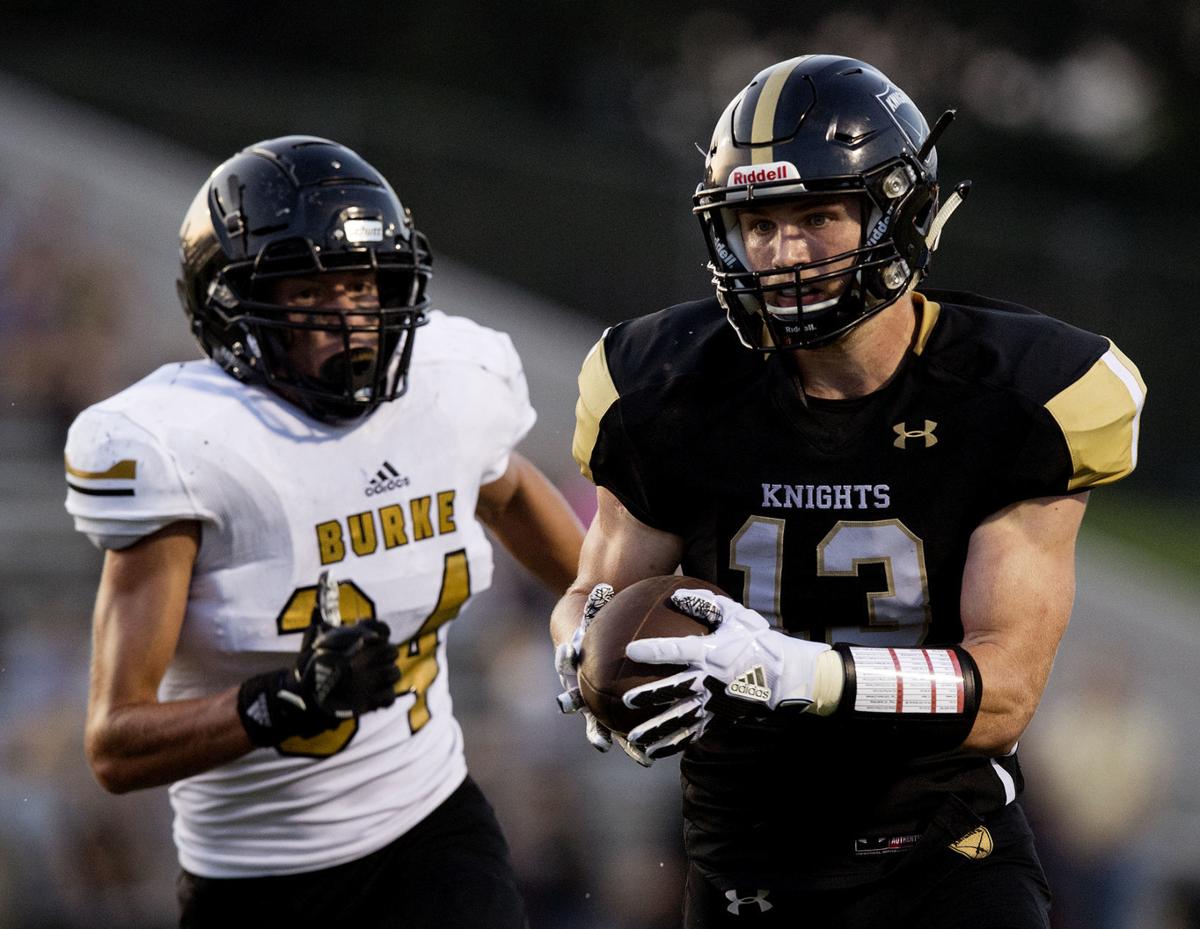 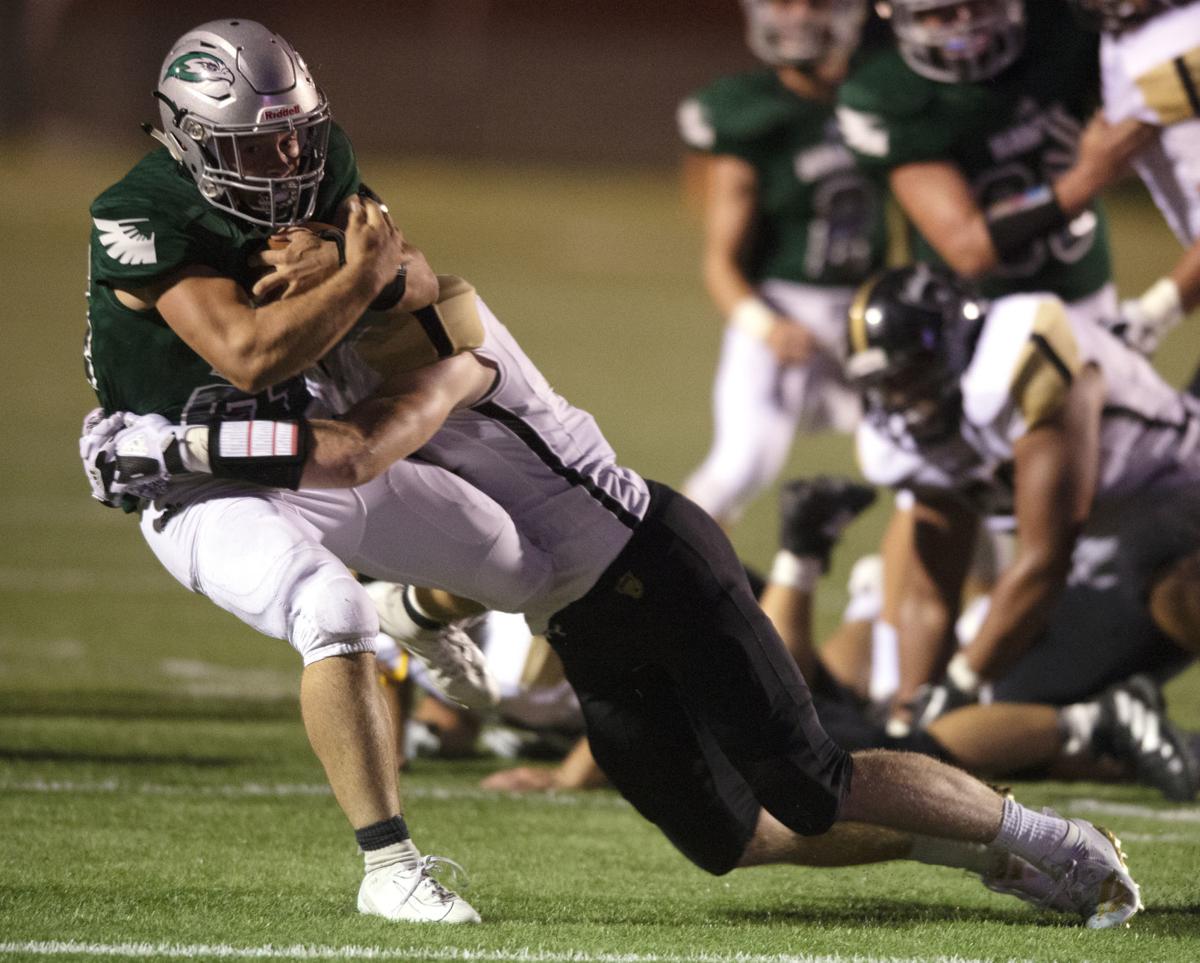 After all, Luke is playing for the Dallas Cowboys as an undrafted rookie. You can watch him against the Los Angeles Rams at 3:25 p.m. Sunday on Fox.

"I've heard from coaches who say they've watched my film and Luke's film and they'll say, 'You're similar players,'" says the 6-foot-1, 195-pound Isaac Gifford, who played safety for the Knights as a senior this season. "Coaches talk about the way we wait for the hole to open up, and once we find the hole, we burst through it and make the tackle.

"I do think we're kind of similar. He's just a little bigger than me."

The 6-3, 245-pound Luke Gifford, a Southeast graduate, plays backup linebacker for the Cowboys while also contributing on special teams. Although he plays for a high-profile franchise, he flies a bit under the radar even in our neck of the woods. It's partly because of his low-key personality. He's blue-collar, no-nonsense. But make no mistake, he's an elite-level athlete who puts up excellent numbers in performance testing.

"He's put up some of the best testing numbers I've seen from a high school kid just across the board — speed, explosiveness and strength," says Ryan Gottula, who just completed his ninth season as Lincoln Southeast's head coach. "I've said this before: I've never had a kid like him who with everything we test on, he was pretty much at an elite level."

"He so explosive, it's unbelievable," Slatt said.

It seems Isaac Gifford is something of a quiet force.

"He reminds me a lot of Nate Gerry, the way he works," Slatt said. "He doesn't talk during his workouts. He's extremely focused. He has great attention to detail, and he just goes. There's no sitting down. There's no wanting water. It's just constant work."

Because it's down to the nitty-gritty of the recruiting season — the early signing period begins Wednesday — you probably know where this conversation is headed. Isaac Gifford has a decision to make regarding where he'll play at the next level. His situation is interesting. He's set to graduate from Southeast on Dec. 20. He clearly likes the idea of playing for Air Force and also has a full-ride scholarship offer from Wyoming. He genuinely likes Wyoming head coach Craig Bohl, the former Nebraska defensive coordinator.

Gifford received a scholarship offer Thursday from Youngstown State, where former Husker head coach Bo Pelini is in charge. Pelini dialed up Gifford on Thursday night. Luke Gifford is a huge Pelini fan, especially for his defensive coaching acumen, so Isaac was intrigued by the offer.

Meanwhile, Gifford ponders playing for Nebraska. On Saturday, Nebraska head coach Scott Frost offered him a chance to join the program as a "blue shirt."

"I would pay for the spring and then on the first day of fall camp, I'd get my scholarship," Gifford said.

He says he'll decide on his college plan during the next few days. He sounded both happy and relieved. The whole process, he says, has tested his patience.

It's easy to understand why it's been tough for him waiting for Nebraska to make a move, particularly considering Luke Gifford's rise in the program. It was an exciting time for the Gifford family. Luke arrived on campus in 2014 and quickly made an impression as a hard-hitting safety. He moved to linebacker in time for his redshirt freshman season and kept getting bigger and stronger. He overcame injuries and finally put it all together in 2018, becoming the team's most disruptive tackler and reliable defender.

It's sort of surreal, Isaac Gifford says, turning on the TV and seeing his brother in that role. But Isaac has plenty on his mind right now. His plan is to sign a national letter of intent Wednesday, which means he could begin his college life in January, including winter conditioning and then spring football.

It's definitely good to have excellent options other than Nebraska, he says.

"But it also makes things 10 times harder," he says. "I mean, it's Nebraska. My brother played there. There's a part of me that wants to play there. But I have all these other opportunities I need to consider because they're life-changing decisions."

Yes, the whole recruiting process has been a bit agonizing, he says. In making that clear, he provides a window into the sort of pressure on many of these young men this time of year.

Based on the first few games, you perhaps thought Nebraska's season might be a disaster. Not now.

LSE star Gifford senses momentum in Frost's program, commits to be part of it

After a long talk with Frost, Johnson-Brock's Ty Hahn couldn't pass up opportunity to walk on at Nebraska

Johnson-Brock standout Ty Hahn on Tuesday committed to Nebraska, where he will begin as a walk-on but eventually go on scholarship.