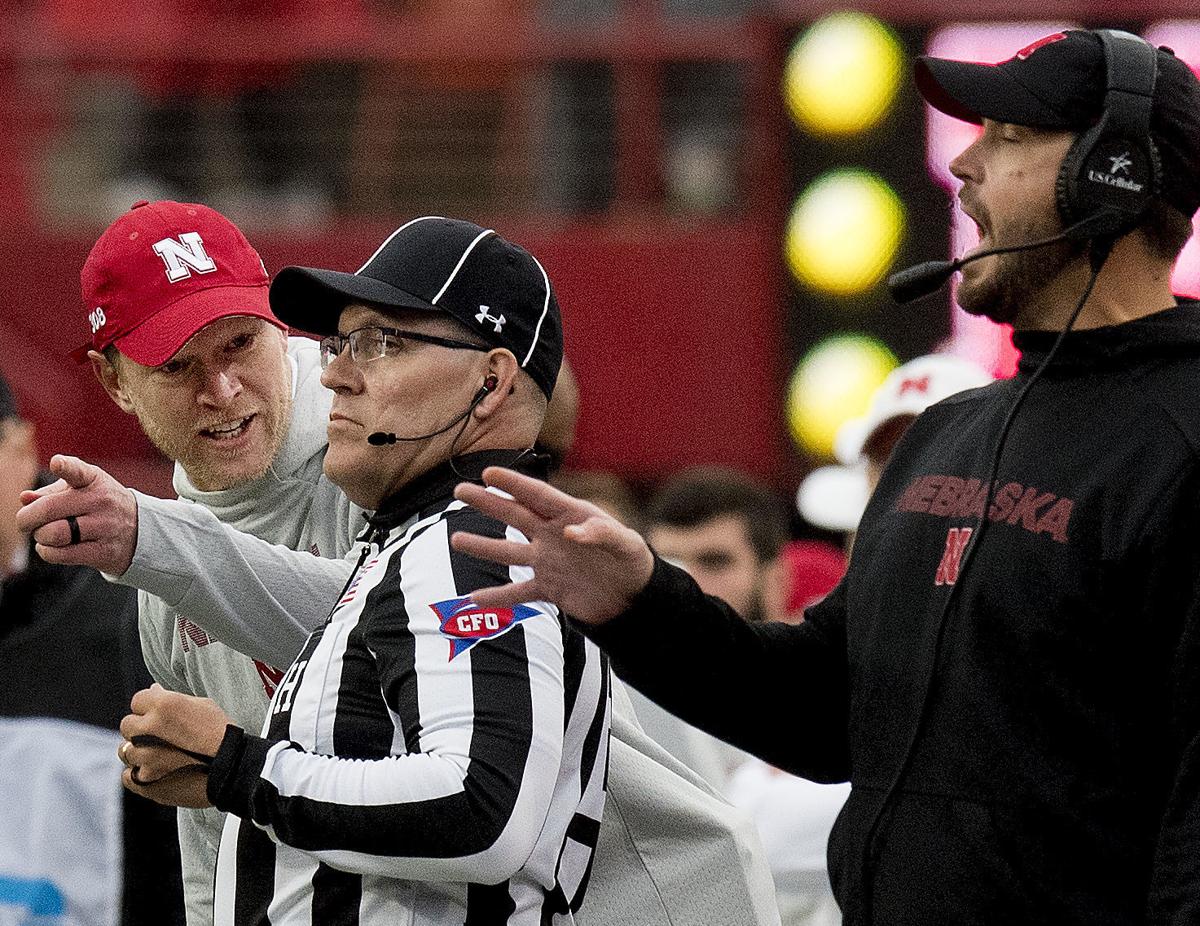 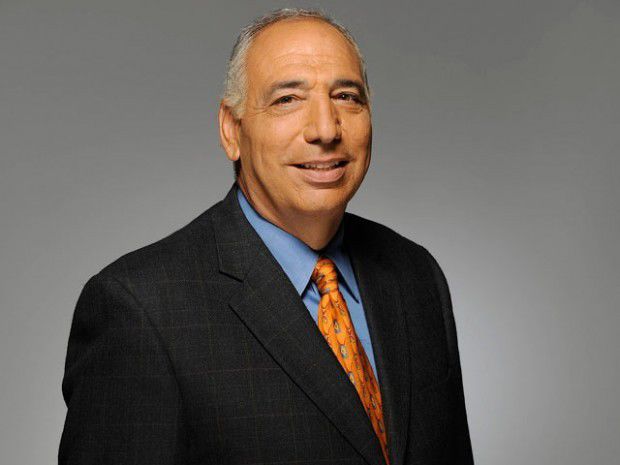 Let's be real, Gerry DiNardo has a much better feel for Big Ten football than I do.

Chances are he has a much better feel than almost anybody on the planet at the moment. That's because the veteran BTN analyst last week finished the network's annual bus tour to every conference program.

He came away feeling Nebraska has a sound formula for winning its division in coming years and perhaps even this year. He said he has the feeling in part because of the way he thinks the college game has evolved.

Bottom line, he tends to like Scott Frost's formula better than, say, Pat Fitzgerald's even though Northwestern won the West Division with an 8-1 record last season. In the last four years, only Wisconsin (27-8) has a better conference record than Northwestern (26-9) among division teams.

"But I think Nebraska can play good enough defense that if it's explosive on offense, it can win a ton of games," DiNardo said Friday on "Early Break" (93.7 FM).

He notes that Michigan State, with one of the nation's premier defenses last season, managed only a 5-4 conference record mainly because of its glaring deficiencies offensively.

There's a caveat in the discussion in that DiNardo thinks Nebraska, in order to finish atop its division, will have to improve its run defense. No surprise there. Husker defenders throughout the offseason have cited the need for improvement in that area.

"If Nebraska can't stop the run, it doesn't matter how explosive it is because the other team can play keep-away," DiNardo said. "But if they can be a good run defense, not necessarily the best run defense, and be explosive on offense -- which I think they have every tool to be except for maybe a real fast deep threat -- then they can win a lot of games.

"Northwestern's going to have a really good defense this season, but they're not explosive on offense."

The 66-year-old DiNardo has an advantage over many people in that he's studied the game closely since the 1970s when he began his coaching career.

"The better thing about the spread than the wishbone is the wishbone had a ceiling. You couldn't throw the ball in the wishbone just by virtue of (a lack of) eligible receivers in the formation."

That obviously isn't an issue for spread teams. Granted, spread teams are prevalent in the college game. It's just that folks such as DiNardo bank on Frost continuing to pump out premier offenses on the cutting edge.

"The Blackshirts have to get back," DiNardo said emphatically.

* Along those lines, give a big thumbs-up to Frost's idea of continuing in future years to use the Blackshirt tradition as a theme for alternate jerseys. Yes, his program is largely defined by his offense. But he seems intent on balancing the conversation.

If that is indeed his thinking, it makes sense.

* Redshirt freshman center Cameron Jurgens' sudden rise to starter status is at once startling and exciting for Husker fans.

Startling because the conversation at center seemed to change dramatically in the last eight days of camp.

Exciting because, based on Frost's comments, Jurgens could have a profound impact on the offense.

I'm no Mike Tomlin, but I think his explosion is the thing to watch, especially getting to defenders at the second and third levels.

Is it Saturday yet?

* A bit more from DiNardo: In his assessment of team speed throughout the Big Ten, it seems at least one thing never changes.

"I think the only team that separates itself in terms of pure athletic ability and pure speed is Ohio State," the analyst said. "I couldn't pick the second-fastest team."

Logic dictates that Michigan and Penn State should be right behind Ohio State, or perhaps even stride for stride with the Buckeyes.

Then again, Urban Meyer wasn't in charge of recruiting their rosters.

* Will Ohio State take a step back under Ryan Day? It's sort of a ridiculous question in that Meyer was 54-4 in regular-season Big Ten play during his seven seasons at the school.

You really think Day is going to match that?

* One more bit from DiNardo, who gave a rapid-fire assessment of each Big Ten West team (we'll skip Nebraska) in alphabetic order:

Illinois: Lovie Smith's crew definitely has improved, he said. However, it may not show much in terms of record because its conference schedule is on the difficult side. My question: Will Smith be around next season?

Iowa: Typical Iowa team. Solid. Quarterback Nate Stanley, back for his third year as the starter, is the key, Gerry said. My question: Will the Hawkeyes' wideouts be able to make up for last season's massive tight end production?

Minnesota: "Tremendous progress at the line of scrimmage," DiNardo said. That's critical because the Gophers have a wealth of skill-position talent outside of the quarterback position.

Northwestern: Many folks, including yours truly, took for granted Hunter Johnson would take over at quarterback. Not so fast. "Half the people up there think (Fitzgerald) is going to start TJ Green and half think he'll start Johnson." Interesting.

Purdue: Lacks depth up front on offense, an issue that perhaps can be solved by Jeff Brohm's obvious ability as a play-caller. DiNardo said the Boilermakers should be a little better defensively.

Wisconsin: The Badgers are better than they were last year, he said, adding that Paul Chryst's crew didn't handle escalated expectations well last season. "This year they look like a hungry team, a focused team," DiNardo said.

* I recently heard the great Garth Brooks on satellite radio discussing the importance of the opening line of songs.

In that regard, does it get much better than "Friend of the Devil" by the Grateful Dead?

I lit up from Reno

I was trailed by twenty hounds

Didn't get to sleep that night

Till the morning came around

You tend to listen closely to Scott Frost when he discusses the coaching profession.

Second-year leaps are quite common in college football. For example, Nick Saban went 7-6 in his first year at Alabama, and followed with an 12…

In a matter of seconds: A second-by-second look at how NU's offense processes a play call

When Nebraska’s offense really put the pedal to the metal last fall, it could reel off plays really quickly. On an opening scoring drive again…

Clemson head strength coach Joey Batson has studied Husker Power extensively. He’s watched videotapes and read books. After all, Batson in 1997 succeeded Gary Wade, who had worked at Nebraska under Boyd Epley. Batson knows full well the importance of training facilities, and it's time Nebraska moves back toward the head of the pack in that area.

Our 2 cents (Huskers): Does NU have the pieces to double up (or more) last year's win total?

Parker Gabriel takes a closer look at the Huskers.

Adrian Martinez may be just a sophomore, but he's already a Nebraska captain. The standout quarterback earned that designation over the weekend along with teammates Mohamed Barry, Matt Farniok and Darrion Daniels, the program announced Saturday night after its Boneyard Bash event.

Husker breakfast links: It's game week and Frost says the Huskers 'are hungry for it'; The odds are out

Hey, it's game week! That should help make your Cheerios taste even better this morning.

With Frost as a guide, a tour around the Huskers' Week 1 depth chart

There aren’t any shockers on Nebraska’s opening-week depth chart — rest assured, Adrian Martinez is starting at quarterback — but it still fea…

Rapid Reaction: Blackshirts were handed out Monday morning; here are the 14 to receive them

The Blackshirts are out.

Nebraska running back Dedrick Mills wasn't surprised to see his name atop the depth chart Monday.

Jurgens might be on a 'pitch count' Saturday, but speedy recovery has put him in line to start

Adrian Martinez is a household name around here already, but he continues to impress his coaches and teammates pretty much every time Nebraska…

Bryce Benhart was always the biggest player on the field in high school and, well, he’s not going to be too far off throughout his college car…

Alex Davis has been at Nebraska for four years now. Darrion Daniels has only been here since January. But both players spoke with reverence Monday about the gravity of receiving a Blackshirt.

Nebraska hasn’t had a first-team all-conference cornerback since Ciante Evans in 2013, but Dicaprio Bootle is capable of ending the drought. So is Lamar Jackson, come to think of it. Make no mistake, the corners no longer are a team weakness.