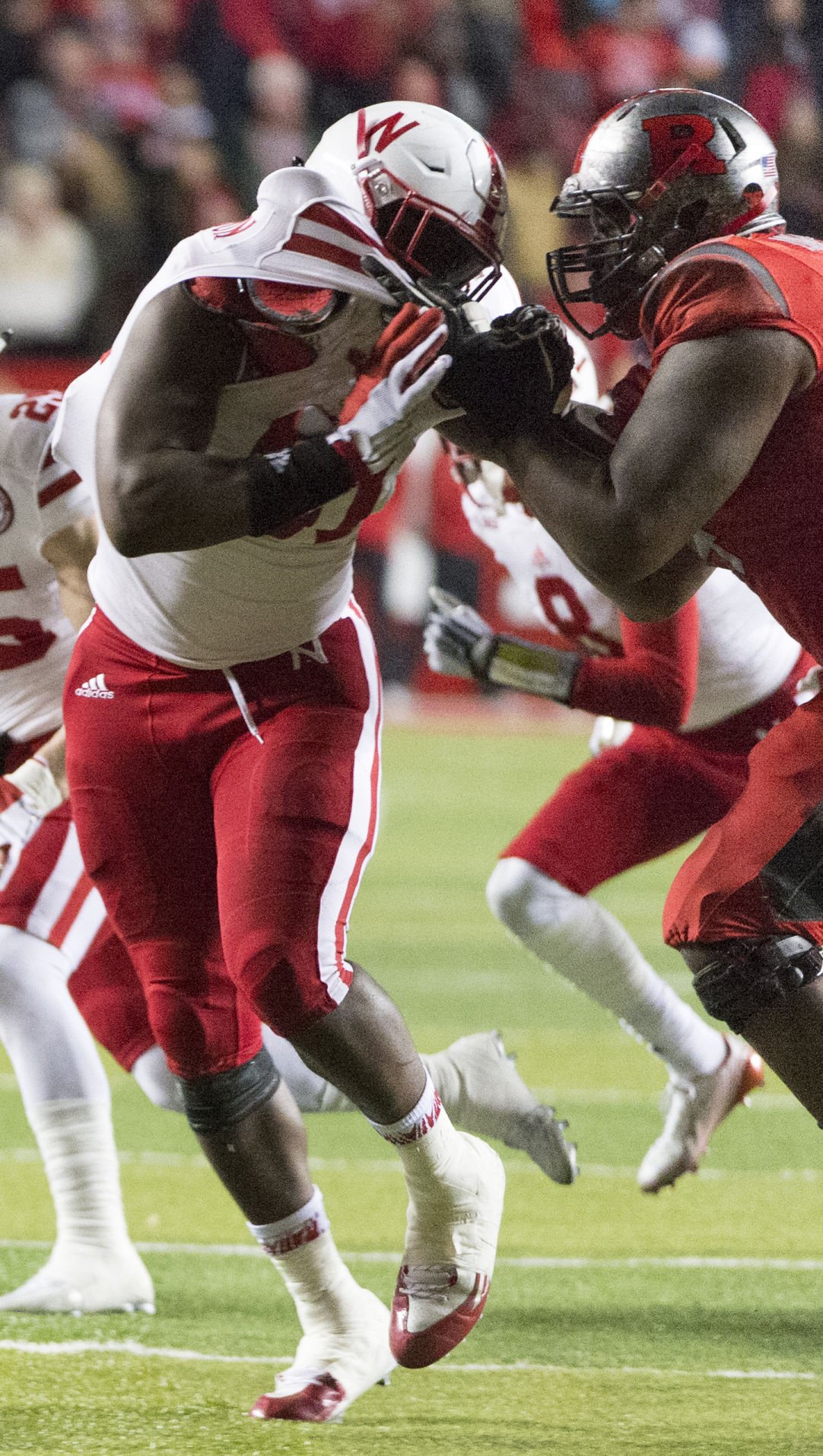 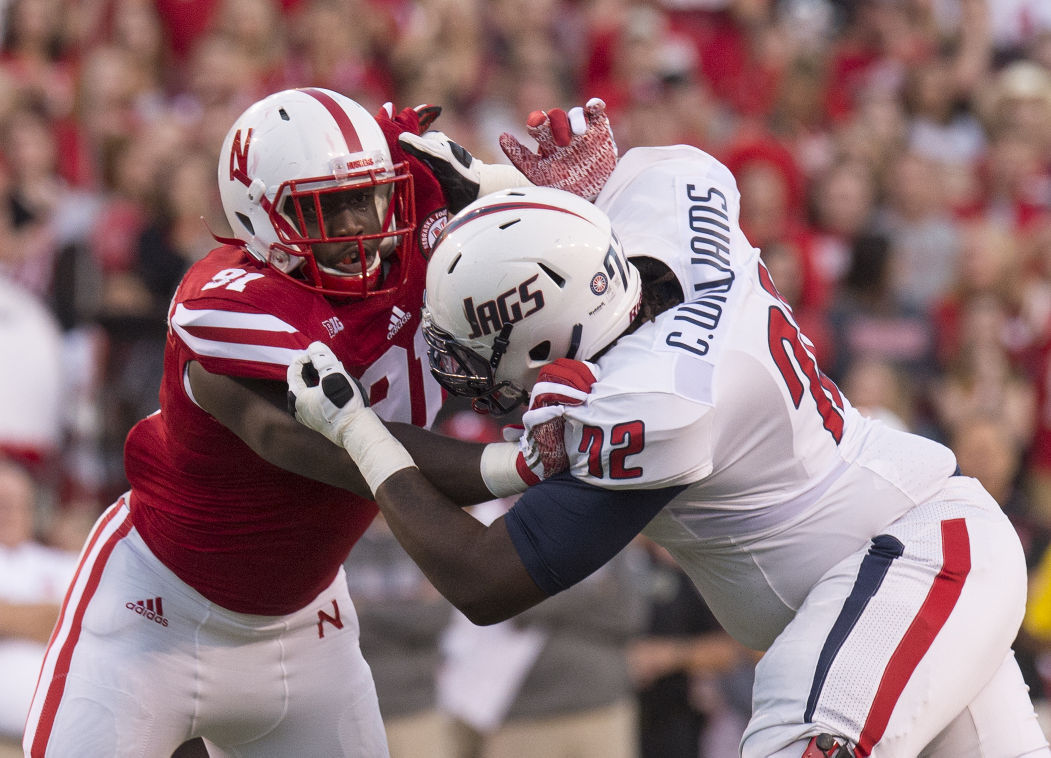 It makes sense. The Rams, using an aggressive 4-3 scheme, ranked 10th in the NFL last season in average yards allowed while playing their final season in St. Louis.

A sophomore from Grandview, Missouri, Akinmoladun thinks he can apply what he sees on video to his own game.

"It's going to be useful," he says confidently.

If his study is indeed fruitful, few would appreciate it more than Nebraska defensive coordinator Mark Banker. If the Huskers are going to improve on last season's 6-7 record, a stronger pass rush almost certainly will be necessary — which is where Akinmoladun enters the picture.

The 6-foot-4, 255-pound player last spring made the jump from tight end to defensive end. He was "functional" at this time last year, Banker said.

Akinmoladun made progress in preseason camp in August — enough, in fact, to start four of the first five games. He became more than functional, recording 4½ sacks before suffering a knee injury that sidelined him for two games.

"We felt like when he came back toward the end of the season, he kind of had regressed," Banker said this week. "He went back to kind of painting by the numbers. We just want to see him be more intuitive to the position. Be more fluid in his movement."

Akinmoladun is under a microscope because he likely will be a starter again in 2016. After returning from injury last season, he failed to record a sack. Thing is, he remains relatively young at his position. He's still taking notes, literally.

"It's like school," he said. "If you don't write it down in your notes, you're going to forget it."

"Last year, I can tell you there were a million things going through my mind," he said. "I was in the film room trying to learn all this information."

"I can see what's happening," he said. "I can see a play develop more easily than before."

Parrella is making some technical changes with how the line operates. In addition, he brings a certain amount of intensity that perhaps was needed.

"From the time we get in the meeting room, it's just, 'All right, let's get to work,'" Akinmoladun said.

We're just getting to know Parrella as a coach. From what I see, he's measured in his delivery of instructions and quick with praise when warranted. He's meticulous — his guys do it until they get it right. And, yes, passion oozes.

He's a commanding presence, in part because of his NFL resume. Defenders tend to listen a bit more closely to someone who played a dozen years in the NFL. Parrella was a highly regarded run stopper — "a kingpin for us," said Waufle, who coached Parrella when they were with the Oakland Raiders.

Said Akinmoladun: "He's taught us a lot of what he's learned over his past years, and we're using the techniques that will let us play at the level we should be playing at."

That's the plan, anyway. It's early in the process. Keep in mind, the focus through five spring practices has been on techniques and fundamentals.

"Everything has been really basic up until now," Banker said.

Banker can be refreshingly honest in his assessments. He knows to be patient, but probably not too patient. After all, Nebraska tied for 79th nationally last season with 24 sacks. Asked this week about the line's progress, Banker said he wants to see more consistency, discipline and physicality.

He'll expect more from the line as the spring progresses.

"We've had such a mixed bag of what we've been doing out here versus our offense, and what we've seen from our offense, that you don't get to see the finish (of a play), let alone any type of third-down stuff," he said.

Meanwhile, Akinmoladun has a vision of what strong defensive line play looks like. It's right there on the Rams video. Plus, a year in the system could be invaluable for him.

"When you know everything you're supposed to do, it makes the world so much easier," he said, and Husker fans hope he's right.

Williams honest with self in improving safety play

Kieron Williams answered questions thoughtfully and bluntly when his head coach, Mike Riley, walked past on his way off the practice field.

Akinmoladun on his learning process

Defensive end Freedom Akinmoladun talks about how he has learned the game over the past year after practice on Tuesday, March 15, 2016.

Husker cornerback Chris Jones says the passing of a friend last year "started a fuel into me."

Through five spring practices, Nebraska defensive coordinator Mark Banker has seen plenty of bright spots, even though the Huskers have kept t…