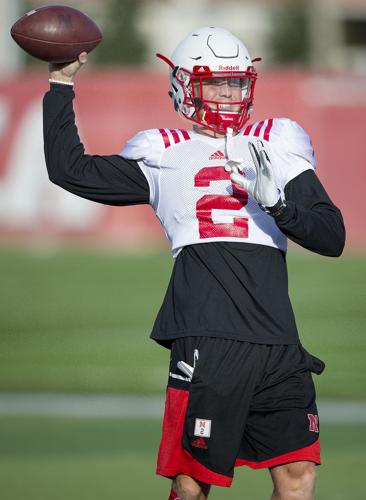 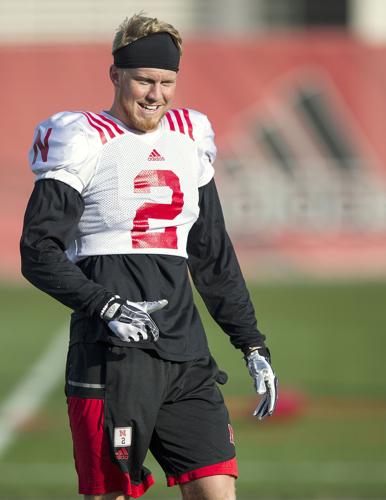 Zack Darlington makes a decent case why Nebraska could slow Ohio State's offense, and he might know better than most people.

If you greet Darlington this week and say, "Hello, J.T.," he'll probably smile, for he is assigned to play the role of the gifted Ohio State quarterback for Nebraska's scout team as it prepares the defense for Saturday night's challenging task against the Buckeyes at Ohio Stadium.

"The reason the coaches wanted me to do it is just because they know my dual-threat background, and they know I considered going to Ohio State — so they knew I fit into that offense," Darlington said after Wednesday's practice.

Sixth-ranked Ohio State (7-1, 4-1 Big Ten) runs a spread-option system similar to the one Darlington operated in 2012-13 as one of the nation's best dual-threat quarterbacks at Apopka (Florida) High School. In fact, he said, he didn't even have to watch video this week of Ohio State, such is the depth of his familiarity with the Buckeyes' system and its various reads and keys.

It also helps that Darlington is razor-sharp mentally.

"I did it my whole high school career, so it was kind of like, 'Let's just dust off the old yearbook, open it up and go back to the good times,'" he said, noting that former Nebraska offensive coordinator Tim Beck and his spread-option system were leading reasons he verbally committed to the Huskers in June of 2013.

Meanwhile, the 6-foot-2, 195-pound Darlington, a third-year sophomore, this past spring moved from quarterback to receiver, although this season he's served as holder for place-kicker Drew Brown. A team-oriented sort, Darlington enthusiastically helps on the scout team.

He says his skill-set as a quarterback isn't a great fit for Nebraska's pro-style attack.

"Our offense is totally different than Ohio State's," he said. "I could maybe fit in our system as a QB. But I think we're looking for a more traditional pocket passer — someone 6-foot-4, 220 pounds, who sits in the pocket and throws the ball around."

Someone like 6-4, 230-pound true freshman Patrick O'Brien, who's sitting out as a redshirt.

Or someone like 6-4, 205-pound Tanner Lee, who's sitting out as a transfer. Lee is playing the role of Barrett on obvious passing downs.

Adam Taylor is among running backs playing the role of Mike Weber.

Darlington has high regard for Ohio State, especially Barrett. The 6-2, 222-pound junior who shared time with Cardale Jones last season is being leaned on heavily this season. He's 145-for-227 passing (63.9 percent) for 1,675 yards and 17 touchdowns, with four interceptions.

A powerful and instinctive runner in the mold of Nebraska's Tommy Armstrong, Barrett has carried 121 times for 531 yards (a 4.4-yard average), while Armstrong has rushed 94 times for 419 yards (4.5).

Darlington notices that Barrett, on read-option plays, takes more time than most quarterbacks to read the defensive end.

"There have been a couple times when I took it slow, and the defensive end went for the running back, but I kept the ball," Darlington said. "Our guys have to be ready for him to pull it when they don't think he will."

He thinks Nebraska's defense "can stand up with anybody in the nation." The Blackshirts are technically sound, he said, which will be critical against Ohio State's option scheme.

"Our D-line is freaky," he said. "Those guys are able to make plays. If they can be technique-sound and make sure that on every play they're doing their job and not trying to do too much, I think we'll be just fine."

He should know as well as almost anyone.

Red Report: Another week, another top-10 defense awaits the Huskers

For the second week in a row, Nebraska will play one of the nation's top-10 defenses. Terrell Newby sees similarities in both.

Breaking down the Buckeyes

Husker Extra breaks down Nebraska's next opponent, No. 6 Ohio State

The Big Ten Conference is about to start playing a little more Friday night football.

Urban Meyer created a buzz in the mammoth hotel ballroom.