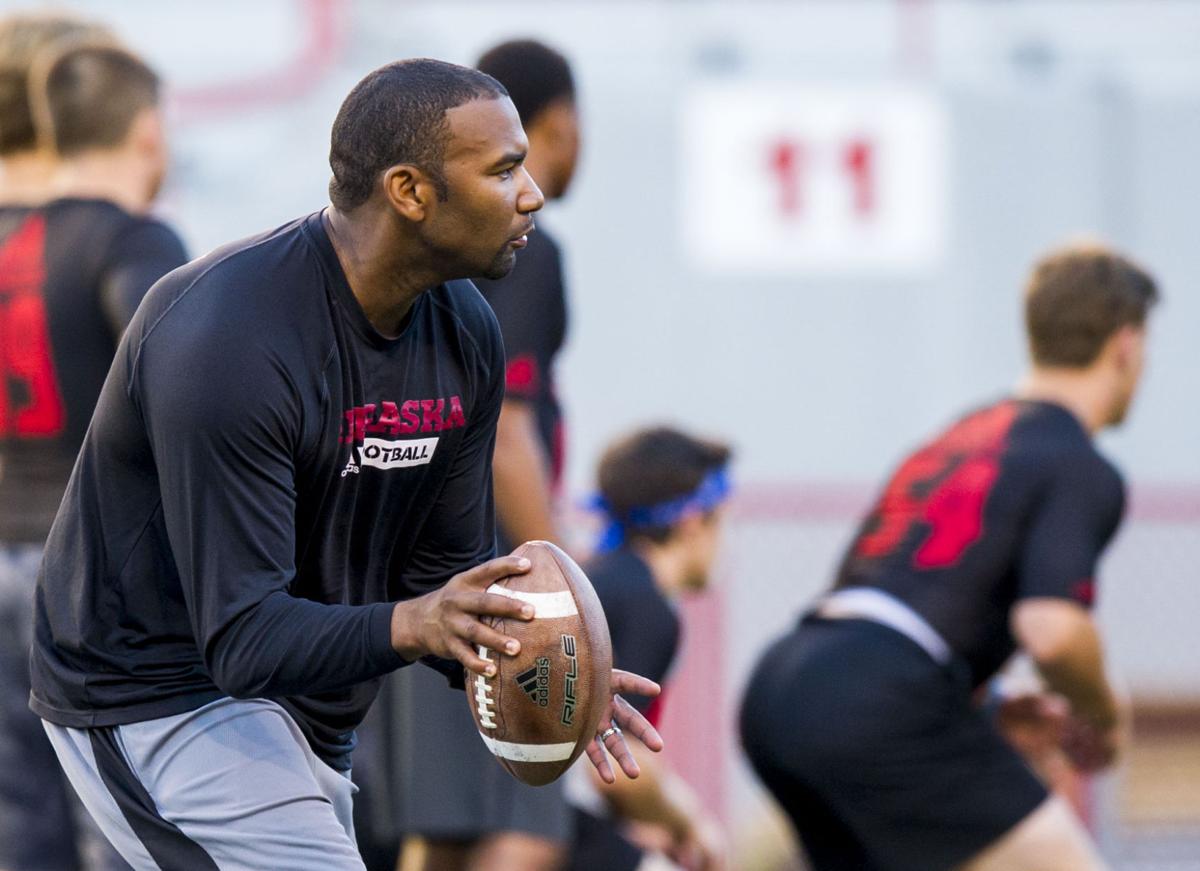 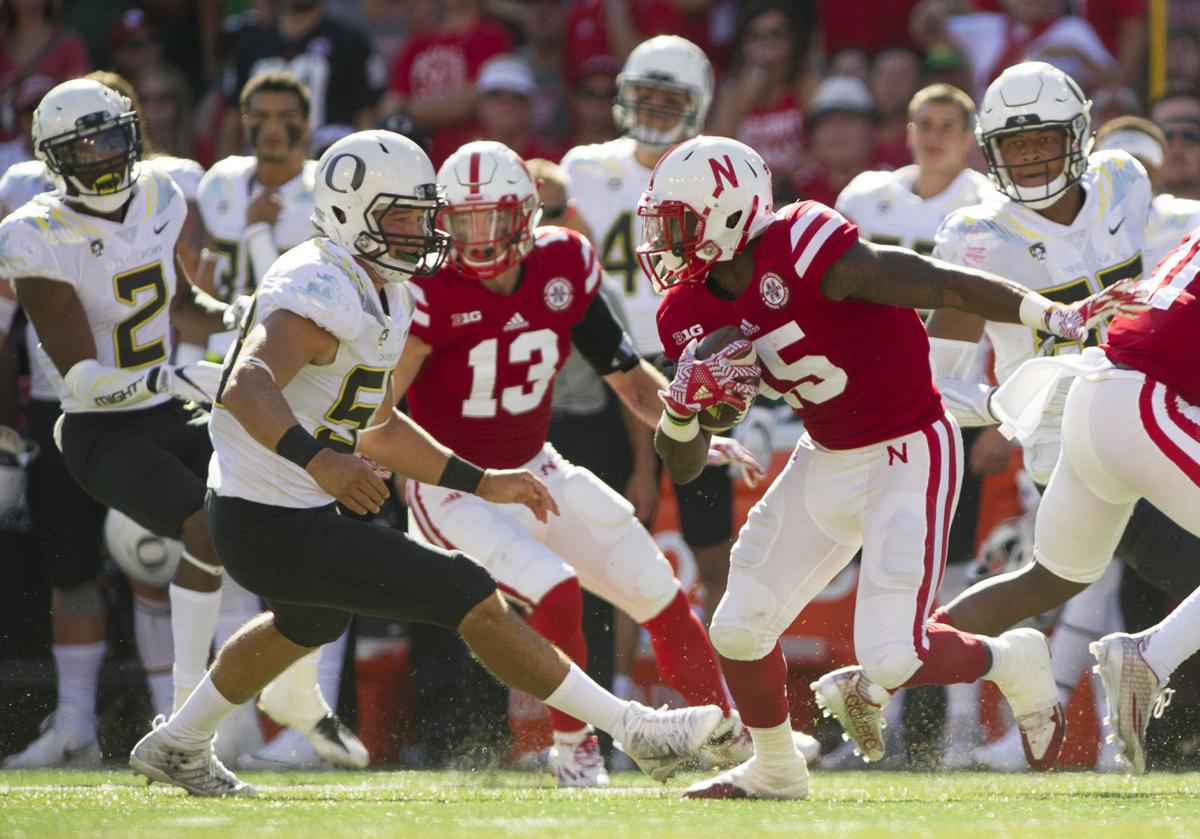 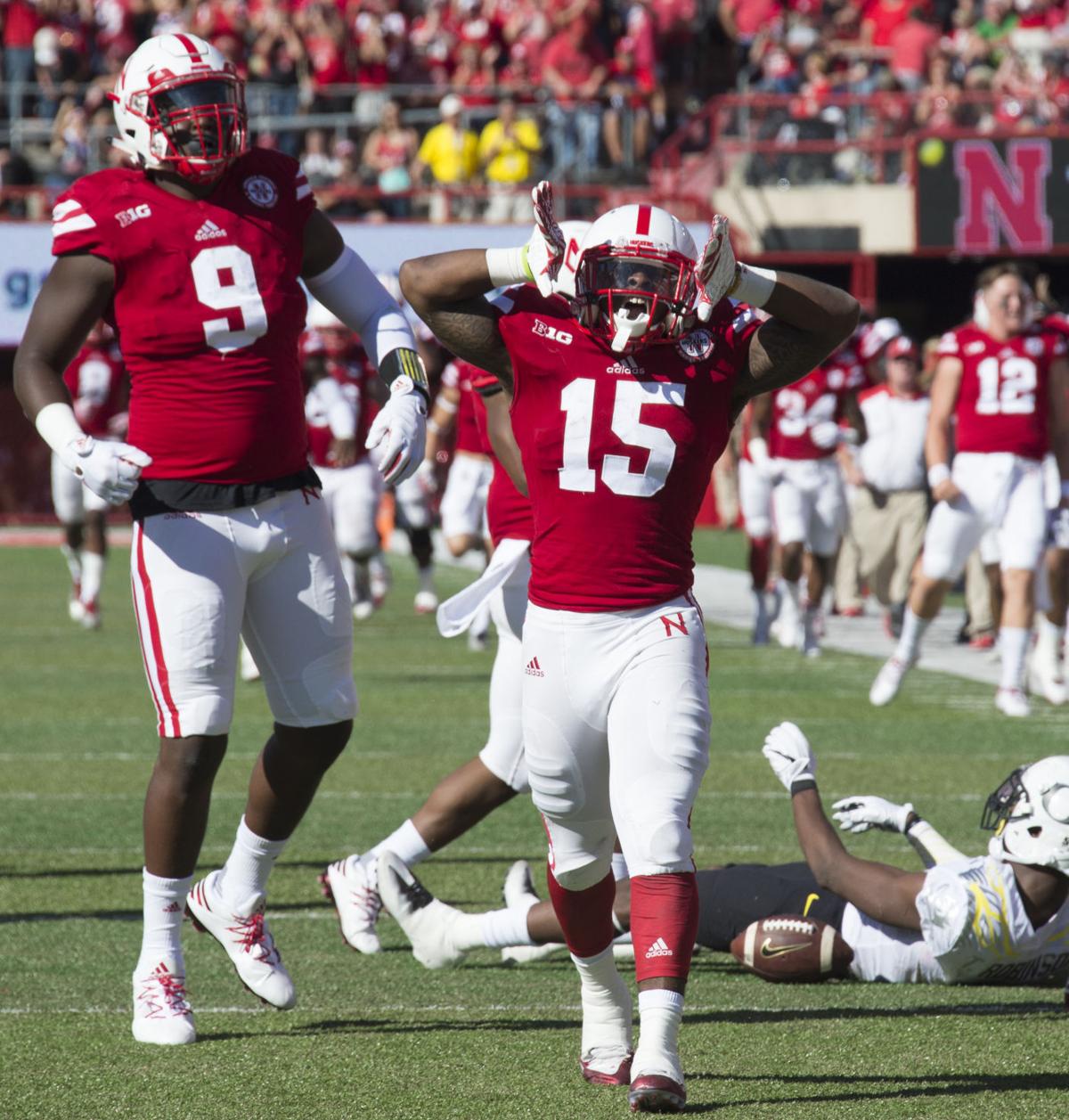 Scott Booker has a good idea of what he's getting into at Nebraska.

He surely knows he'll feel the intensity of Husker fans year-round, and especially in the autumn.

Coming off a five-year coaching stint at Notre Dame, the 36-year-old understands what it's like to exist in a college football program where scrutiny runs hot.

"I'm prepared," he said earlier this week after a practice. "I'm excited to coach, excited to do interviews and anything else I need to do for the University of Nebraska."

I can think of one way in particular that Booker — who will coach safeties and oversee special teams — could quickly become popular with the Big Red masses. It involves a certain No. 15 on the roster. The player who wears No. 15 on offense in 2014 led the nation in punt-return yards, and it wasn't close. Husker fans looked forward to opponents punting because he was that exciting.

I want to see that De'Mornay Pierson-El again.

So does Mike Riley. He essentially said as much in November, making it clear he wanted more out of special teams, including the blocking on punt returns.

"I think (Pierson-El) doesn't need a lot of space, if we could just give him some," the Nebraska head coach said. "The key thing in a punt return is the timing of the ball and your block, and they have to occur pretty much at the right time. And that is, again, our biggest factor is losing guys (defenders) … and they are forcing the fair catch."

Granted, he was slowed last year by effects from a major knee injury suffered late in the 2015 season. But Riley was right. With a bit more running room, Pierson-El could've been much more dangerous.

Of course, that was just one of the special teams' deficiencies that led to Riley firing coordinator Bruce Read only two days after a Nov. 25 loss at Iowa ended the regular season.

Riley now turns to Booker, who was elevated in mid-June to full-time assistant after he was originally hired as a special teams consultant in the spring. He did his first round of interviews with local media this week, and even made it a point to introduce himself to individual members. It was refreshing.

His outlook is no doubt buoyed by having a wealth of talent and depth at the safety positions — arguably the team's strongest area.

As for special teams, he already notices players who seem committed to performing at a high level. He said they show up early for meetings and walk-throughs.

"Guys are intense," he said. "Guys are giving great effort. That's what you really need as a foundation."

To be sure, Nebraska's struggles to block well for Pierson-El were largely about effort. It was so-so at times. The Huskers' special teams as a whole were "a 50-50 bag," as Riley put it. In other words, not nearly good enough.

As was the case last year, Booker said several Husker assistants will help with special teams in 2017. He portrayed his role as being the overseer.

With such a role comes a certain level of scrutiny. In that regard, he takes a big-picture, societal view.

If there's a high degree of scrutiny, so be it, he said. After all, he coached special teams at Notre Dame when the Irish reached the national championship game in 2012. Life was great. But he came under fire, and was ultimately let go by Brian Kelly after the Irish coverage units were among the worst in the nation in 2016 -- ranking 96th nationally in kick coverage and 123rd in punt coverage.

Yeah, Nebraska fans will be watching.

"I just look at it like I have a job to do," he said. "I don't feel the scrutiny is going to affect how I am on a day-to-day basis. I want to be able to coach, mentor, teach and love our guys."

His background — not only at Notre Dame, but also as a player and assistant coach at Kent State in Ohio — could help him in another way. That is, the Midwest's fickle, and sometimes frigid, weather will be nothing to him.

"Our motto is, 'Any time, any place, any situation,'" he said. "There's really no need to talk about the wind or rain or snow because last time I checked, they're not going to stop a game for wind, rain or snow."

That said, he counts himself lucky to have senior place-kicker Drew Brown, whose 47 career field goals rank third in school history, 21 shy of Alex Henery's record.

"I would say instead of getting four hours of sleep, I'll get four-and-a-half," Booker said with a smile. "Drew is definitely a dream, a fourth-year guy who has the poise, the confidence and the background in the Big Ten. He's kicked a lot of big-time field goals."

All in all, Booker has a good read on which players can help on special teams.

Bottom line, "If we have that foundation of intensity and effort, we can do what we need to do."

A good place to start would be freeing up Pierson-El to do what he does best.

"Everything he does is smooth," Donté Williams says of Eric Lee. "You almost take him for granted because you never think he's running fast, but because he's so smooth, he is running fast."

Driving for 6: Steady Brown, a late addition to NU roster, a Tasmanian devil in the secondary

Drew Brown's goals for his final season as a Husker are as steady as his foot. "I really just want to be able to help the team as much as I can," the Nebraska kicker said this past weekend.

Next is a hard-charging defensive lineman for the Buckeyes.

This almost seemed too easy.

Steven M. Sipple: With ample talent and continuity, Cav's line has no excuses in 2017

It's a classic football axiom.