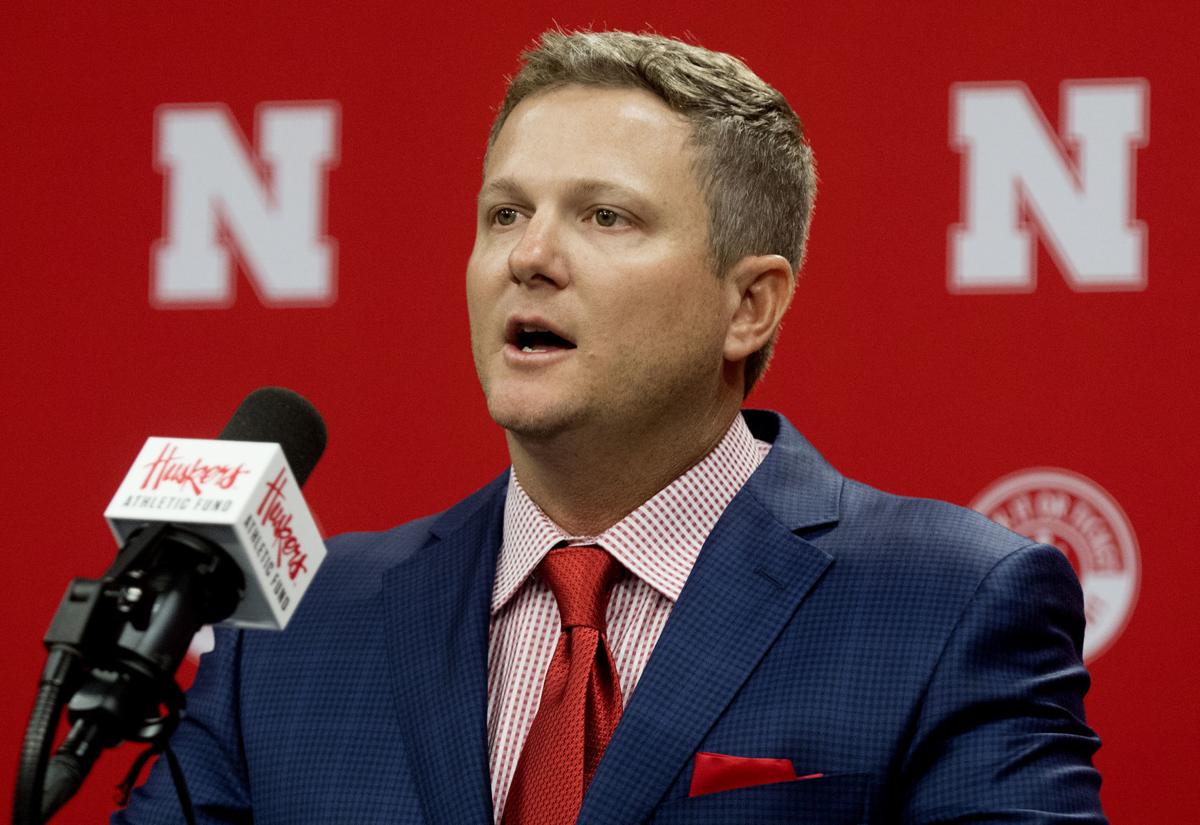 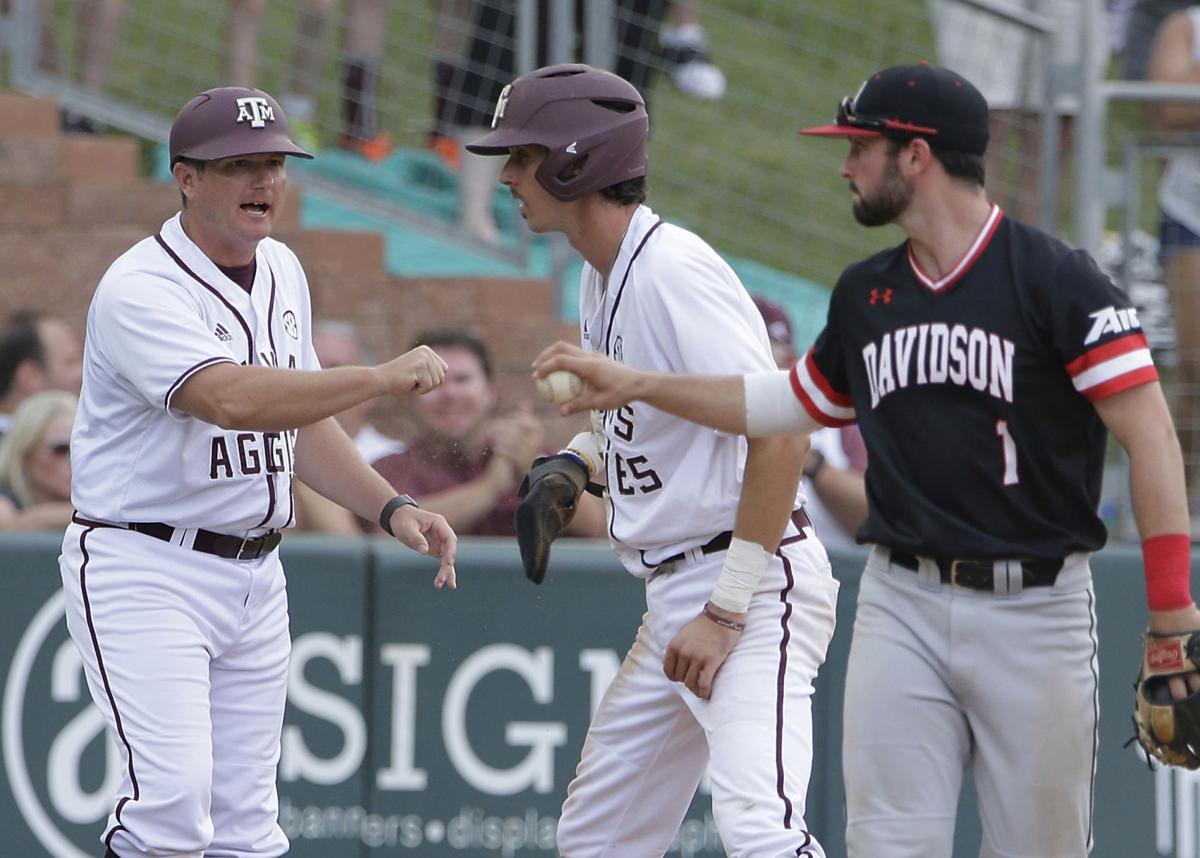 If you’re going to be compared to a baseball coach, it might as well be to one of the best in the college game.

Yes, Will Bolt reminds me of Dave Van Horn. I'm apparently not alone in that club.

Bolt says he used to hear that comparison as a player at Nebraska from 1999-2002, the glorious Van Horn years in Lincoln.

“I guess the way I played was a little bit in his image,” Bolt told me last week.

“Playing with fire, playing with an edge,” he said. “I think it kind of personified what his personality was, just doing whatever it takes on any given day to win. That was the mindset he instilled in us, and that was right up my alley because that’s exactly how I always played. I never really cared about anything else other than winning, to be completely honest.”

The 39-year-old Bolt, a starter on Nebraska's two College World Series teams (2001, 2002), obviously has matured since those halcyon days. His new life as the program’s head coach is much more complicated than what he enjoyed as a scrappy infielder from Conroe, Texas, 40 miles north of Houston. He now prepares student-athletes for the big, bad world outside the white lines. For Bolt, it's no longer all about winning games. It can't be just about winning. But I’m guessing he’ll do plenty of it in coming years at NU.

In other words, Bolt recruits players in his image. I asked Bolt about it, and his answer provided insight into his recruiting approach — which, by the way, helped A&M produce top-10 recruiting classes in each of the past two cycles.

“Spotting the best players is the easy part,” he said. “Some of those guys really stand out. A lot of those guys are the guys the professional teams like, too, so you’re going to end up going toe-to-toe with those guys year in and year out.”

To that end, “You watch guys play catch before the game,” he said. “You watch how they handle their business between innings, how quickly they get on and off the field, how they interact with teammates. Are they about winning? Those type of guys also tend to stand out. If you look hard enough, and you’re looking at the right things, you can find the guys on every team that are fully invested into what’s going on.”

So when he’s watching a player play catch before a game, Bolt looks for exactly … what?

“Is the guy just going through the motions? Or is he actually getting something out of it?” Bolt said. “He may only have 10 throws, but is he making them count?”

Think about it. Baseball players generally play a lot of games in a season, hence the "dog days." Bolt looks for players who always have a bounce in their step. He looks for guys who get fired up for teammates if they do something well.

“The guys who really love to play the game really stand out if you pay attention to a lot of the little things,” Bolt said.

That means slowing down and paying attention. It might mean less talking and more observing. It might even mean not staring at a cellphone for a sustained period. Imagine that.

“You’ve got to slow down and look at more than just talent,” Bolt said.

Bolt knows what to look for in a player because he was that player. He fit the Van Horn mold to a "T." It was a mold that helped flip the Nebraska program's culture and mentality in such a quick manner that it was almost mesmerizing.

Van Horn, who just finished his 17th season at Arkansas, inherited a Husker program in 1998 that had made only three NCAA Tournament appearances in its history and none during the previous 12 years. During Van Horn's five seasons in Lincoln, NU went to four NCAA Tournaments and two College World Series.

The 2001 Nebraska team was especially loaded with talent. It had ample speed and power, meaning it could beat teams in a variety of ways. Ultimately, that’s the sort of team Bolt hopes to put together at Nebraska.

Yes, he said, it can be done. Nebraska can go deep into the CWS. Look at Michigan, this year's CWS runner-up. That was a talented team. It got timely hits in the postseason. Some players got hot. The Wolverines often played from ahead.

Nebraska beat Michigan three out of five times during the season. The Wolverines, though, extended their season a few weeks longer than the Huskers. Therein lies the message Bolt already has conveyed to his new team.

“There’s a fine line in baseball,” he added. “It’s often going to come down to one pitch or one play. That’s what the postseason is all about. Everything’s magnified.”

Will Bolt has only been in charge of the Nebraska baseball program for a few weeks, but on Wednesday, he and his staff landed their third comm…

Cade Povich, after meeting Will Bolt and his staff, went out to lunch with his parents Friday to discuss a scholarship offer to play baseball …

Husker baseball coaches have specific strategy, and will stick to it when it comes to recruiting

Will Bolt's name and status as Nebraska's baseball coach will get him into plenty of living rooms of young baseball players in Nebraska.

From humble coaching start to visions of Omaha, Will Bolt calls NU job 'the honor of a lifetime'

The future of Nebraska baseball started by looking back into his past.

During the past few months, Matt Vrzal has added a twist to his world. He started working with a handful of high school offensive linemen in the offseason, most notably Teddy Prochazka, the four-star class of 2021 prospect.

Danny Marcuzzo, a Millard West graduate, has been added to the Nebraska baseball staff as a volunteer assistant and camp coordinator, head coa…

In the first game action of the Will Bolt era, the Husker baseball team put on an offensive show.