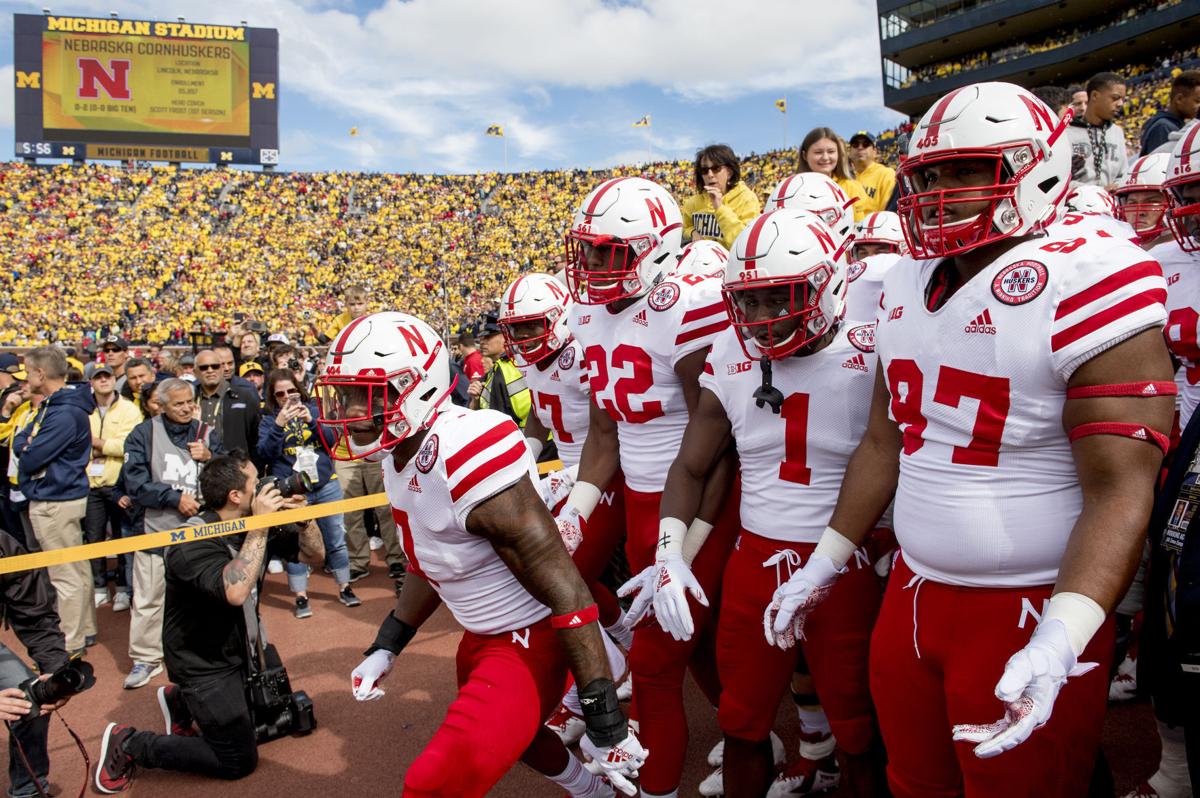 Nebraska players prepare to take the field against Michigan in 2018 in Ann Arbor, Michigan. Will there be college football in the fall? What will it look like? Players, coaches and fans have had to wade through a sea of false alarms, about-face decision-making, conflicting reports and just plain uncertainty as the sports world tries to cope with a pandemic. 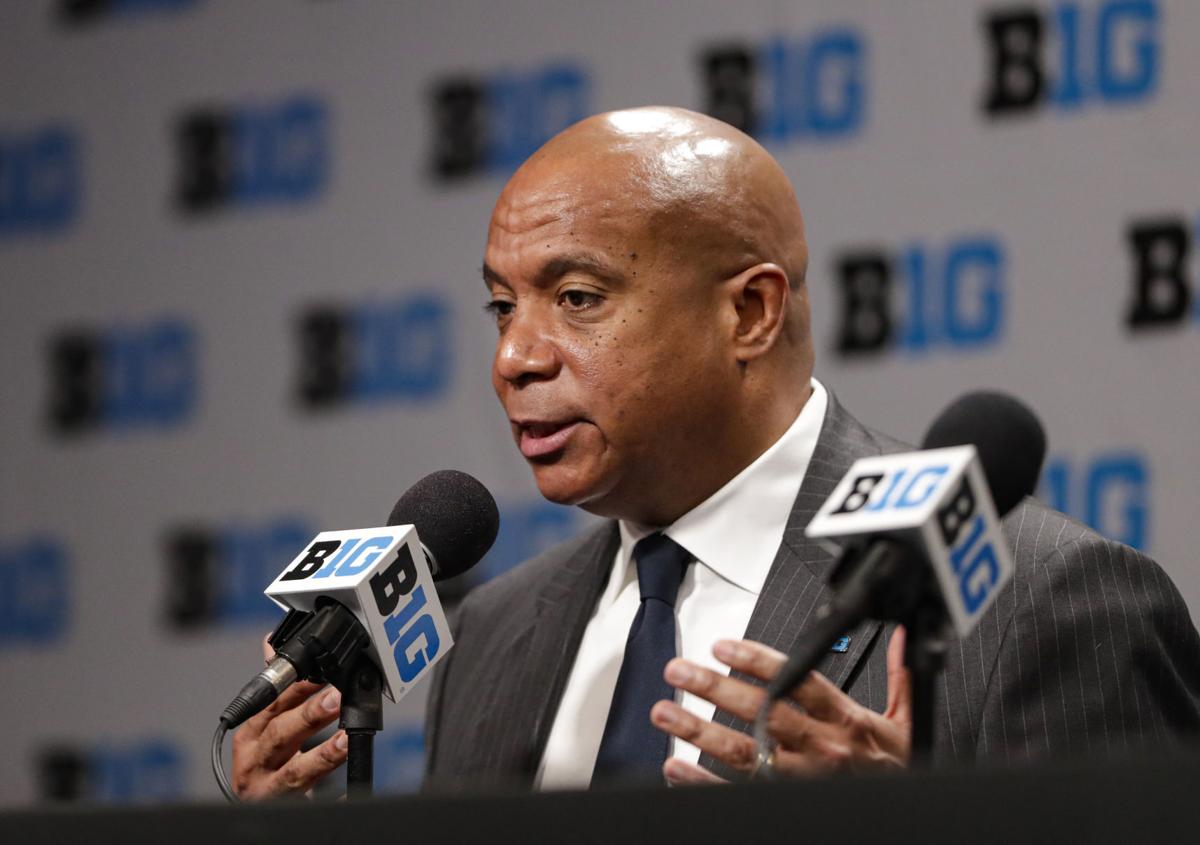 Big Ten commissioner Kevin Warren is under fire for the league's decision to postpone fall sports, including football.

At 5:38 p.m. Saturday, a friend who happens to be a Power Five basketball coach calls my cell with urgency in his tone.

He had just read something on his phone. Some sort of news report.

"They're fixin' to cancel the football season in the Big Ten," he said. "Presidents are meeting."

Old news, I tell him.

Confused by all the anonymous sources and speculation? I get it. I'm right there with you.

BTN on Wednesday unveiled the conference's entire 2020 football schedule in an elaborate presentation. The commissioner was interviewed. Urban Meyer joined the party, as did P.J. Fleck and others. It felt official.

“This is huge what we just did today,” Nebraska athletic director Bill Moos told the Journal Star.

Hold on a second, though. On Saturday morning, a source tells a national college football reporter that Big Ten presidents are meeting, perhaps to cancel the season.

"All options are on the table," the reporter tweets. "There's some presidential momentum for canceling the fall football season. It's unknown if there's enough support to make that decision today."

Wait, what? What happened Thursday and Friday? What in the world could've changed that fast? What's going on here? A vote on the season? Is this really happening?

Never mind, it was just a regularly scheduled Big Ten presidents meeting. There was no vote on the season. False alarm.

Sorry about the hysteria. It happens on Twitter. A lot.

Wait a second, though: There was this last week from the Chicago Tribune: "There have been no discussions about spring football."

But suddenly, Warren (reportedly) is in favor of a spring season? Really?

Nebraska officials had absolutely no idea that was the case, if it's indeed the case at all.

It's all sort of humorous, but not really. Many people are passionate about college football. Fans want to know if it's going to happen in 2020. They want straight talk. They want reliable reporting. You can find it, but you have to wade through a lot of muck. You might have to crawl through the briar. It's not always fun. Frankly, it wears people out.

John Bishop, who co-hosts a sports radio program on 1620 AM in Omaha, is getting fed up. He tweeted this: "You know who else should name names? The media who allow all these anonymous AD's, presidents and administrators who are more than willing to give juicy quotes but refuse to stand behind what they say. Is that leadership?"

You know the answer to that. It often feels ... cowardly. The anonymous stuff tends to create confusion. Some might say I'm part of the problem in that I use anonymous sources regularly. Fair point.

There was a time at the Lincoln Journal Star -- the early 2000s is the last I remember -- when reporters using anonymous sources for a story first had to get clearance from their direct editor, a managing editor as well as the publisher. Reporters had to explain why the anonymous source was important to the story and why he or she had to remain anonymous.

It obviously was a hassle, especially on deadline, but it was worth the trouble. Accountability is critical.

At any rate, it would be difficult to operate in such a manner in today's media world. You would risk getting left in the Twitter dust.

So, we often are left with utter confusion, such as this: SI.com on Saturday noted that a prominent industry source told the publication: "I think by the end of the week the fall sports will be postponed in all conferences." Meanwhile, an ESPN.com article the same day noted that in Florida, the governor's office sent word that the state's leader was still trying to make the Gators-Seminoles clash happen.

Yes, a lot of mixed messages. If you figure it all out, send me a tweet.

* So, the Big Ten announces Saturday morning that it's requiring member schools to not advance past the "helmets-only" rule that typically governs the first two days of preseason camp, until further notice. The edict caught Nebraska totally by surprise.

The "until further notice" part is what frustrates the Husker camp and probably others. If coaches and players knew exactly when they will be able to put on full pads and really get camp rolling, it would make the situation less draining from a psychological standpoint.

* Clemson quarterback Trevor Lawrence, a leading Heisman Trophy candidate, tweeted the following Sunday: "Let’s work together to create a situation where we can play the game that all of us love. Not divide and argue. There is a way forward."

He'll get some backlash for that. The good news is, there's so much backlash and hate on social media, it's lost much of its potency. It's like the growling dog in your neighborhood that used to get your attention. Now it just annoys you.

Although Adrian Martinez struggled some last season, he battled "like a warrior," Mario Verduzco says.

Bill Moos says it is "huge what we just did today" in praising the Big Ten football schedule and discussing its flexibility through bye weeks.

No decisions yet on Big Ten football, but fall season hangs in balance

A Nebraska school official declined to comment when the Journal Star asked for comment from UNL Chancellor Ronnie Green.

Scott Frost, Husker players make clear they want to play this fall. Join us for live updates from the Big Ten and beyond

The wheels are spinning on social media. Meanwhile, Nebraska is practicing. Follow along as we monitor what could be a defining day.

Lambrecht has been instrumental in Nebraska's planning and execution of its COVID-19 procedures since the start.

Nebraska head coach Scott Frost called for a fall season in a potentially last-minute effort as the Big Ten considers punting until spring.

Playing a schedule filled with Big Ten teams is the first option. That much is clear. But if the league pulls the plug, the Huskers could look elsewhere.

Steven M. Sipple: Frost determined to not let others in B1G decide fate of team's season

Don't think for a second NU officials wouldn't look for teams to play if the Big Ten shut down. In fact, they've already reached out.

Nebraska players prepare to take the field against Michigan in 2018 in Ann Arbor, Michigan. Will there be college football in the fall? What will it look like? Players, coaches and fans have had to wade through a sea of false alarms, about-face decision-making, conflicting reports and just plain uncertainty as the sports world tries to cope with a pandemic.

Big Ten commissioner Kevin Warren is under fire for the league's decision to postpone fall sports, including football.