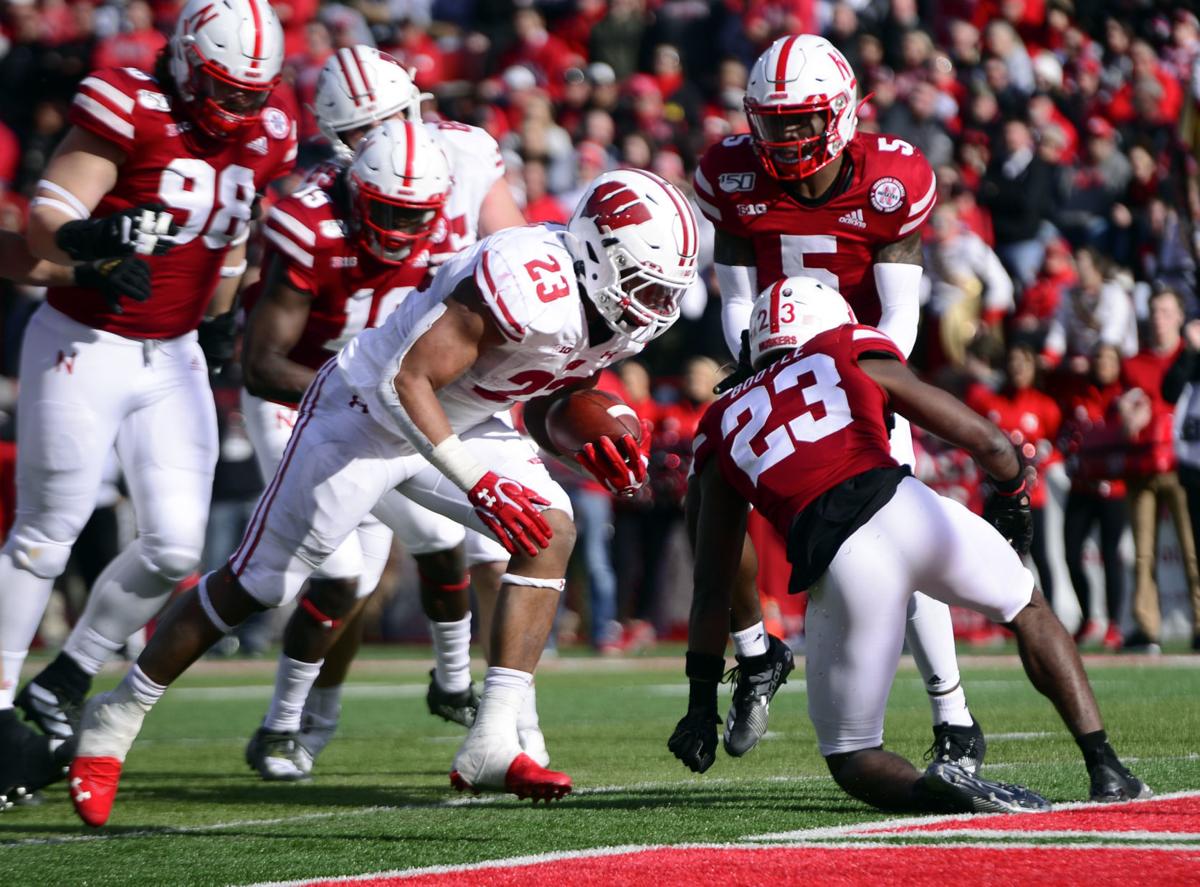 Wisconsin running back Jonathan Taylor runs for a touchdown against Nebraska in November at Memorial Stadium. Nebraska tied for 102nd nationally in opponents' yards per rush last season. 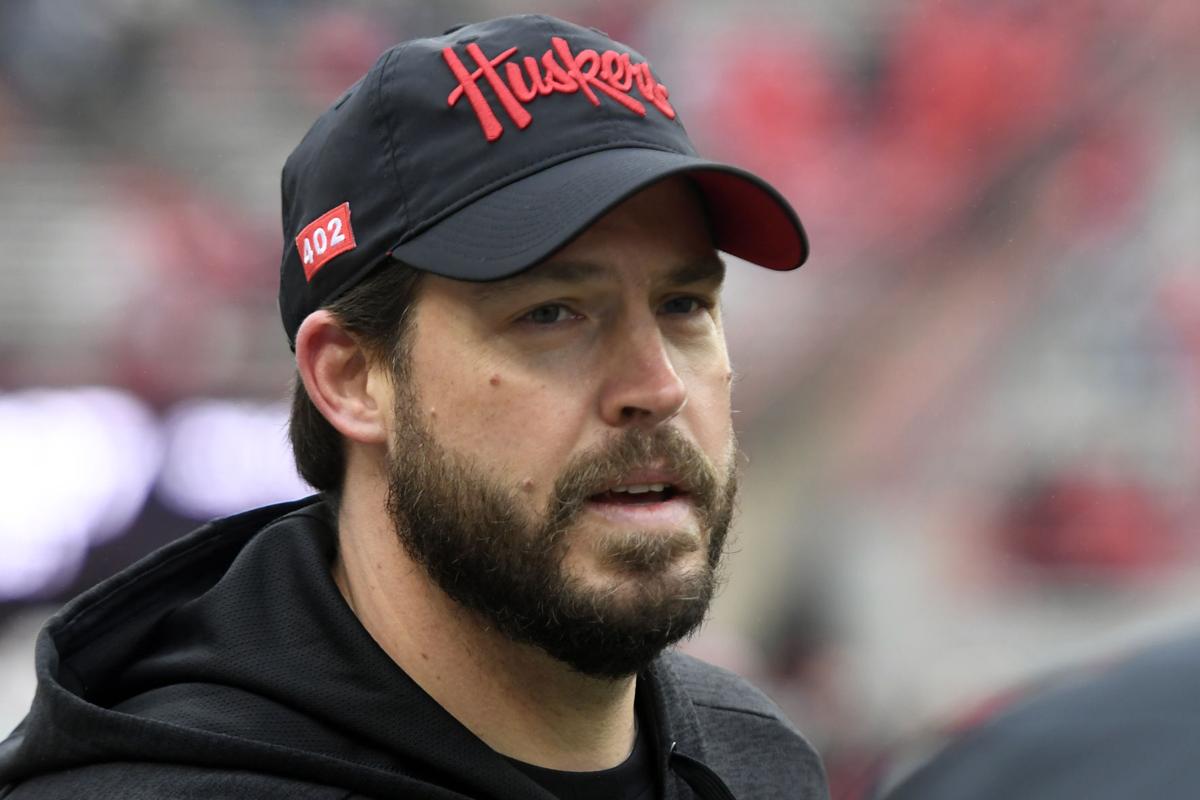 Nebraska defensive coordinator Erik Chinander said Tuesday Nebraska has made steady improvement throughout the season in all three phases of the game.

The coronavirus pandemic has given many of us ample time to think -- perhaps too much time in that regard -- because don't look now, but I've taken to telling others how they should think. Yeah, I know, ludicrous.

If I were Nebraska defensive coordinator Erik Chinander, I would spend a large share of my waking hours thinking about how to improve the Husker run defense. OK, I know what you're thinking. Here we go again harping on NU's run defense. It's become such a broken record around here that if I were the leader of the Blackshirts, I would be genuinely concerned about how much it has affected the program's culture to be constantly pushed around on autumn Saturdays.

Steven M. Sipple: Be it backpedaling freaks or smiling freaks, Huskers just need more of them

Here's the deal: Nebraska hasn't sniffed the national top 20 in rush defense in the past decade (in terms of opponents' average yards per rush). In fact, during the past three seasons, the Huskers haven't cracked the top 100. Last season, they tied San Jose State for 102nd nationally. In 2018, they tied Tulsa for 107th. They were 124th in 2017 during a season in which NU fans literally left unused tickets on the sidewalk for late-season home games.

You might ask what triggered this semi-rant. Well, you can thank Bill Connelly, an excellent ESPN college football writer. In an article last week, he raised a million-dollar question in these parts: What will it take for Nebraska football to really be back? As one might expect, he puts improved run defense high on the list, and what he had to say about it only backs my contention that Chinander should be thinking about run defense as he eats his Cheerios in the morning.

"It's going to be awfully difficult to take a big step forward without serious improvement against the run."

During the past decade, Nebraska's best run-stopping unit was the 2015 crew that allowed 3.77 yards per rush (32nd nationally) in Mike Riley's first season as head coach, when the Huskers were 6-7 overall and 3-5 in the Big Ten. The program has taken a mighty fall as a run-stopper since 2009, when the Ndamukong Suh-led Blackshirts surrendered only 2.78 yards per rush.

For more context, Nebraska's 1997 national championship team allowed 2.2 yards per carry. Of course, the culture in the program has changed just a wee bit since the late-1990s fire-breathers moved on. On the ’97 defense, we're talking about Grant Wistrom, Jason Peter, Jay Foreman, Chad Kelsay, Mike Brown, Ralph Brown and Eric Warfield, among others. All went on to the NFL.

Maybe Nebraska will never again rise to that level. But it obviously has to try. It has to create a culture in which allowing 5.66 yards per carry in conference play, as NU did last season, is unacceptable. That number should drive Chinander daily.

What will it take for Husker football to really be back? It's a complex discussion. But it has to start with vastly improved run defense.

* Anybody familiar with Connelly's work knows he's a high-level stats guy. Regarding Nebraska quarterback Adrian Martinez, Connelly points out the 6-2, 225-pound junior was good last season on deep balls, accurate up the seam, but needs work on intermediate passes -- including ones toward the sidelines.

According to Connelly: On passes thrown a) outside the hash marks and b) zero to 20 yards downfield, Martinez completed just 51% with two touchdowns to six interceptions. That can't be all about lack of prowess at the receiver positions.

My guess is Martinez has a strong grasp on areas where he struggled in 2019 -- and will respond in a big way.

* Will there be college football this fall? That's the monster question. But lost in the discussion around here is the fact the Nebraska volleyball team returns all of its starters from a 28-5 team that last season advanced to an NCAA regional final. And, yes, the 2020 NCAA Final Four is scheduled to be played in Omaha.

According to our Brent Wagner, 11 of the Huskers' 12 returning players are in Lincoln. Although they're not allowed to use athletic department facilities, they surely can benefit in some ways by simply being in the same town. By being as "together" as possible. And by being around the coaching staff.

John Cook's advice to his players: focus on today. I often take it hour-to-hour. Seems to help.

* I like that former Nebraska quarterback Joe Ganz, 34, speaks openly about his dream to become the Huskers' head coach someday. He said it again in a recent Chicago Tribune article. It shows a degree of courage to voice your dreams.

Joe was tough, smart and skilled as a player. He has a certain savvy. Now a receivers coach at Northern Iowa, Ganz could rise quickly in the coaching world. Wouldn't surprise me at all. He certainly has the hunger to do so, not to mention a willingness to dream big. Not everyone has that part.

What's it like to call a virtual spring game? Davison, Sharpe give insight into unique setup

Longtime radio pair Greg Sharpe and Matt Davison brought the video game to life for over 20,000 virtual Spring Game viewers. Here's how they did it.

Steven M. Sipple: A grudging thank you, coronavirus: You made me better appreciate the Spring Game

A vacant Memorial Stadium on Saturday will be as quiet as Lincoln's downtown lately. In other words, it'll be eerily quiet, depressingly quiet.

Steven M. Sipple and Parker Gabriel run down the latest in Nebraska athletics news and take questions. Watch the full episode below.

The virtual event will have the bells and whistles — NU marching band, Greg Sharpe, Tunnel Walk — of a normal game, part of an overarching strategy.

UNMC's Chris Kratochvil will chair the task force, the conference announced on Monday.

Moos on virtual Red-White Spring Game: 'It's kind of the talk of the country right now'

According to figures released by the university, viewership across digital platforms was strong, including 525,740 total views.

Get ready to watch No. 0 take the field in college football games

The NCAA Playing Rules Oversight Panel approved some changes Tuesday, including the number "0" being allowed as a legal jersey number.

Steven M. Sipple: Tip of the cap to Bill Busch, who pulled off one of rarest recruiting feats ever

Former Husker assistant Bill Busch has recruited two mega-star QBs: Alex Smith, the top pick in the 2005 NFL Draft, and Joe Burrow, who's almost certain to be the No. 1 pick Thursday night.

Lamar Jackson 'living out a dream,' but says preparation for NFL Draft has been taxing grind

Lamar Jackson is expected to be the first 2019 Nebraska senior to be chosen in this week's NFL Draft. But at least four others have been turning up as selections in mock drafts.

Joe Burrow is obviously talented. But his ability to understand the game at a high level is what sets him apart from many QBs.

Wisconsin running back Jonathan Taylor runs for a touchdown against Nebraska in November at Memorial Stadium. Nebraska tied for 102nd nationally in opponents' yards per rush last season.

Nebraska defensive coordinator Erik Chinander said Tuesday Nebraska has made steady improvement throughout the season in all three phases of the game.