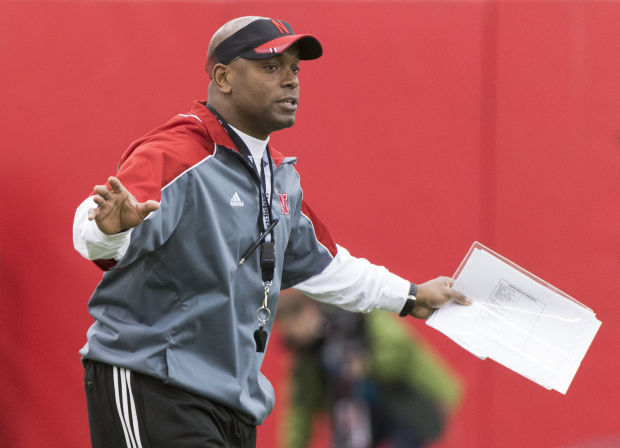 Secondary coach Charlton Warren joined Bo Pelini's coaching staff this season. As of now, he is the only current Husker assistant to be retained by new coach Mike Riley. 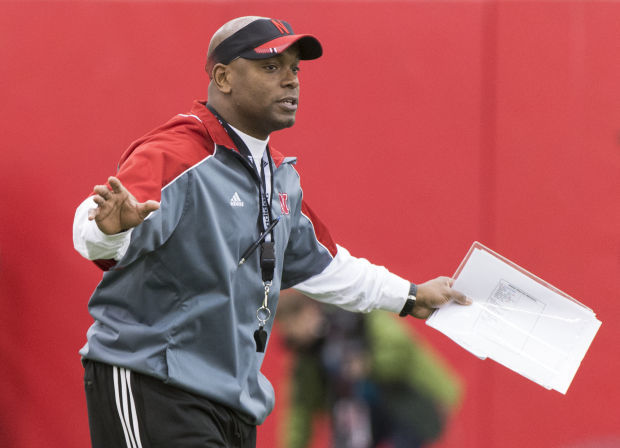 Secondary coach Charlton Warren is the only Husker assistant to be retained by new coach Mike Riley.

Through five spring practices out of 15, it does appear Warren fits in well with Pelini's staff. What's more, the players seem to respond well to Warren — which helps matters greatly for the time being because the 37-year-old former Air Force assistant is learning on the fly, so to speak, with help from his defenders.

"He's still learning the playbook just like we are — we're working on some new things," said Nebraska sophomore safety LeRoy Alexander. "Hopefully, he gets it all the way here pretty soon so he can teach it without us helping him out a little bit."

Warren is no wallflower — he won the Mr. Intensity Award as a senior defensive back at Air Force in 1998. He barks orders with authority, as is usually the case with coaches at major colleges, but he isn't over-the-top in that regard. He also can be lighthearted, his players say.

As is the case with many coaches (and teachers), repeat errors are Warren's pet peeve, Alexander said.

"He says he feels like Santa — he'll give you a little break," Alexander said. "But then on the third or fourth mistake, he'll bring out the military background. He'll take the hat off, and then you'll hear his voice get really deep, and he'll start yelling.

"We knew it was going to be a little bit strict," Alexander said. "He surprised us, though. He's not as strict as we thought. … Then again, we haven't seen the game-ready coach Warren."

Said sophomore safety Nathan Gerry: "I didn't know if he was going to be one of those hard-ass, strict kind of guys. But he's a good guy. He communicates well."

A native of Atlanta, Warren faces a challenge as Nebraska works to find replacements for 2013 seniors Ciante Evans, Andrew Green and Stanley Jean-Baptiste. Evans, a nickel, was named first-team All-Big Ten by the coaches last season, and Jean-Baptiste, a 6-foot-3, 220-pound corner, was a consensus second-team pick. Green was steady and played well late last season.

The secondary returns a pair of starters in 2014 seniors Corey Cooper at safety and Josh Mitchell at cornerback.

Warren, to a certain extent, also is adjusting to a new system.

"He's definitely on top of it," Alexander said. "Every day, he's trying to teach us more and more. He learns more and more every day in the meetings with the coaches. Hopefully, we just keep learning from him as he gets the playbook down, which we know he will going into fall camp.

"Then he'll be able to teach us all the way, like he wants to."

Pelini isn't necessarily spending extra time with the defensive backs this spring. He expresses trust in the new guy.

"You know what, (it's like) he's been here for a couple years," Pelini said. "He's done a great job. I think he understands what we're doing. I think we're communicating really well, working well together.

"For a guy who's been in this system for only five days. … You'd never know it."

A sense of accomplishment finds a person when sweat stings their eyes after a hard day’s work.

Secondary coach Charlton Warren joined Bo Pelini's coaching staff this season. As of now, he is the only current Husker assistant to be retained by new coach Mike Riley.

Secondary coach Charlton Warren is the only Husker assistant to be retained by new coach Mike Riley.