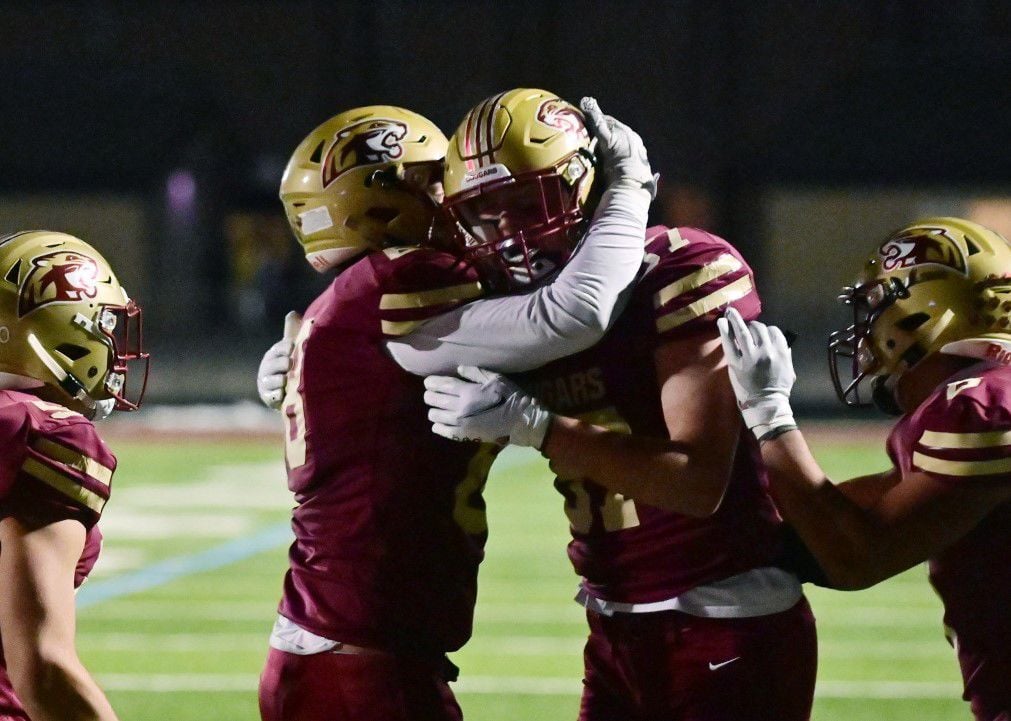 Lakeville South (Minnesota) tight end Chase Androff (center) celebrates with his teammates after scoring a touchdown in October of 2020. 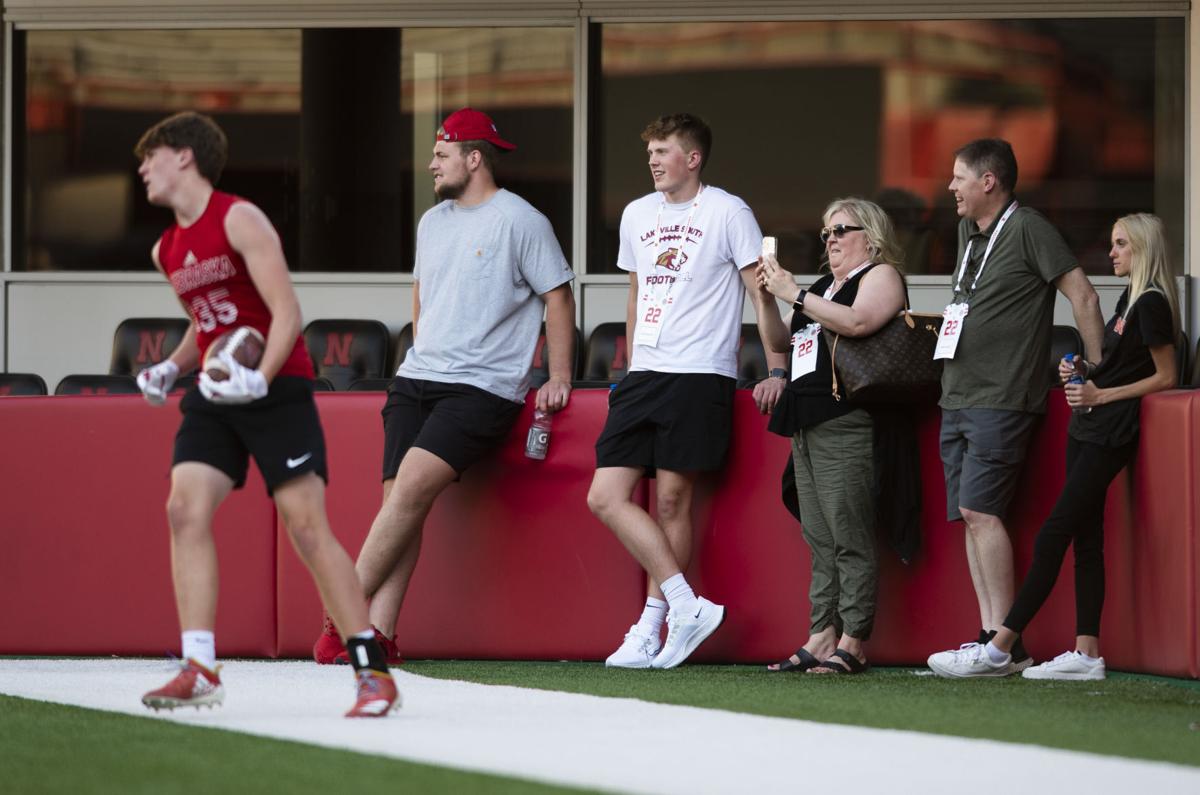 The June recruiting rush is officially on in Lincoln.

One day after most of Nebraska's first round of official visitors left campus and headed home, the Huskers picked up a verbal commitment from three-star tight end Chase Androff (Lakeville, Minnesota).

Androff had visits set the next two weekends, he told the Journal Star on Sunday evening, but he saw everything he needed to see at Nebraska and decided to pull the trigger.

“It’s always really been (Nebraska),” Androff said. “They have everything I’ve ever wanted. Academic. Football. Distance from home. But after this weekend, meeting all the coaches, seeing that they really cared for me, meeting all the players, it was like, yeah, this place is the real deal.”

Androff said that head coach Scott Frost sensed that he was close to committing during a meeting before he left campus on Sunday, but told Androff not to rush his decision. Androff had planned to visit TCU this weekend and Michigan State the weekend of June 18.

“He could tell that I really wanted to play here but had my other visits planned out,” Androff said. “He said, ‘It’s OK, give it a couple days, see how you feel.’ He didn’t want to rush me into anything, which I thought showed a lot about him.”

Androff called Frost and tight ends coach Sean Beckton via FaceTime on Monday afternoon to give them the news.

The 6-foot-6, 230-pound tight end raved about what he saw while he was on his official visit. Not only that, but Beckton and company believe in his ability as a pass-catcher even though at Lakeville South he is predominantly a blocking tight end.

"They said they're really excited for me because they think I bring a valuable asset because I know how to block and a lot of (high school) tight ends don't," Androff said. "But they also have seen my speed and athleticism and they know I have the ability to catch the ball, I just haven't been able to show it."

Lakeville South doesn’t actually play with wide receivers on the field most of the time. In fact, last year Androff paired at tight end with Riley Mahlman, who was a four-star recruit as an offensive lineman and now is a freshman at Wisconsin.

"We put a lot on those tight ends, and (Androff) can do that," LSHS head coach Ben Burk told the Journal Star. "He’s done a great job and he’ll be a three-year starter for us. That doesn’t happen often in the schools around here. That just kind of speaks to his game. He’s a superhard worker, superphysical, supertough on the football field. Nebraska’s got a good one, I can tell you that."

That's given college coaches a unique look into Androff's skill set and his temperament.

"It’s really interesting in talking to (college) coaches about him," Burk said. "A lot of times with guys that look like him, it’s like, ‘well, we know he can run routes and can catch, we just don’t know if he tough enough to play in the Big Ten in a three-point stance.' But when they talk to us about Chase in particular, it’s exactly the opposite. They say, ‘We know for sure that he’s an in-line tight end and can run and block and hit and come down and double team and all those things.' The questions are usually about his athleticism, but I think he’s done a lot to answer that on the basketball court and at camps. …

"There’s a lot of transferrable skills between a 4-5 man on the basketball court and tight ends. We see it all over college football and the NFL. Body a guy up and catch the ball in traffic, and I think that’s exactly what I think Nebraska is going to have Chase do."

Androff is the third player overall in the Huskers’ 2022 class, joining wide receiver Victor Jones Jr. (Orlando, Florida) and linebacker Ernest Hausmann (Columbus). Hausmann was on campus on Friday and spent some time with Androff and his player host, right tackle Bryce Benhart, during the school’s Friday Night Lights camp.

Androff is the first player to commit in the month of June, which of course is essentially a monthlong recruiting bonanza with the end of the NCAA’s year-plus dead period. And while some players may decide to fit in as many visits as possible, try to solicit new scholarship offers and take their recruitments into the summer or even through their senior seasons of football considering the amount of in-person evaluation time that’s been lost, others may decide to commit quickly.

Scott Satterfield: “I think his big thing that he wanted to do, he wanted to come in and play and be a starting quarterback."

Let's look at Nebraska's scholarship picture in the wake of OLB David Alston entering the transfer portal and other potential roster developments.

Lakeville South (Minnesota) tight end Chase Androff (center) celebrates with his teammates after scoring a touchdown in October of 2020.