Teddy Prochazka still doesn’t know how the questionnaire found him.

During his freshman year at Elkhorn South, before he ever played a down of varsity football and before he blossomed into a nationally sought-after offensive tackle recruit in the 2021 class, he received a mailer from Florida State’s football program.

“I have noooo idea,” the 6-foot-8, 280-pound sophomore said this week of the seemingly random outreach. “I guess because I wasn’t short my freshman year and I still kind of stuck out to people. I guess that’s probably what it was, but I have no idea. I didn’t reach out to them or anything.”

Perhaps the Seminoles knew something that others didn’t — though FSU is not currently one of the schools consistently after Prochazka — or perhaps it was just one of those coincidences that ends up a small footnote — but in the year-plus since the smallest of first tastes of recruitment, Prochazka has become one of two Nebraskans in the 2021 class to already draw attention from across the country.

The other is Omaha Westside defensive back Avante Dickerson, who ran 4.37 seconds in the 40-yard dash last summer at a camp in the St. Louis area, 4.41 at Nebraska’s Friday Night Lights camp and matches his elite athletic traits with impressive game film.

“We knew at that point it was just a matter of time and I told him to be patient, and he is," Westside coach Brett Froendt said. “But we knew that (he) was going draw a lot of attention eventually.”

Both Prochazka and Dickerson have done just that even though half of their high school careers remain ahead. They have each been offered by Nebraska, Iowa, Iowa State, Minnesota and Kansas State. Prochazka has Michigan and Northwestern after him, while Dickerson has an LSU offer and recent interest from Alabama.

“At a certain level that recruiting is such a copycat game that there’s strength in numbers, and once one school signs off on somebody, it kind of opens the floodgates,” Elkhorn South coach Guy Rosenberg said. “I think with Teddy ... when (Nebraska) offered that was a real key piece to the puzzle. Then with Northwestern offering from an academic standpoint, even if people weren’t that aware of Teddy, when they see that both Nebraska and Northwestern have offered Teddy, they know that the academics must be in place, too.

“I anticipate that more and more schools will be interested and will end up offering.”

The same can be said of Dickerson and LSU, a school known for recruiting and developing defensive backs as well as anybody in the country and which has Pender native Bill Busch recruiting Dickerson.

“(Busch) has got that SEC bug about him that, ‘Hey, he’s either an SEC player or not,’” Froendt said. “They talk about a player being a whole different level than just Division I or FBS or that kind of thing. Is he an SEC player? And sure as fire, they identified him as that for sure. It brings a lot of credibility certainly, but I’ll be honest, the other coaches that come in have a lot of credibility as well.”

There’s no doubt that plenty of other coaches know about the pair already. They are the latest in a string of high-caliber players in the Omaha area. In 2019, then-Omaha Burke and now-Husker teammates Nick Henrich and Chris Hickman drew wide interest and Henrich was considered a four-star prospect. In 2020, the current cycle, Bellevue West wide receiver and NU verbal commit Zavier Betts is considered a four-star prospect while Burke standout Xavier Watts has become one of the most sought-after players in the Midwest.

Watts has interest from Notre Dame, Michigan, Wisconsin and Northwestern along with all of the area’s usual suspects and, of course, Nebraska.

“I feel like Chris Hickman and Nick Henrich really opened the doors for Nebraska recruiting,” Prochazka said. “And once Coach (Scott) Frost got to Nebraska, people are starting to realize that, ‘Hey, maybe Nebraska’s got some more talent than we originally thought.’

“Then our recruitment is opening new doors for other people at our schools just all across Nebraska.”

Frost and the Huskers landed all five in-state players they offered in 2019 — Hickman, Henrich, Garrett Snodgrass (York), Garrett Nelson (Scottsbluff) and Ethan Piper (Norfolk Catholic) — have Betts for 2020 and are after Watts hard.

Especially in Omaha, though, the norm has quickly become that NU can expect heavy competition for the best players. It happened with Hickman and Henrich, with Watts (and Betts to a somewhat lesser degree) and it’s happening already in 2021.

“I think (attention increases) organically because the talent is here, but now that it’s here, there’s more schools paying attention to the area,” Froendt said.

Added Rosenberg, “It’s one of those things, too, that perpetuates itself in terms of, when schools turn on the tape and they’re watching film and they turn it on to watch one guy, they’re going to get a chance to see the opposition or see teammates, and so I think there’s some residual effect there.

“Also just the fact, too, that it becomes more of a one-stop shop. If a school is recruiting a guy and does their research and they normally don’t recruit Omaha that hard, but if they’re stopping through town, then I think it’s worth their while to stop by and check out some of the other prospects that are there.”

In five classes between 2014-18, Noah Fant (Omaha South) and DaiShon Neal (Omaha Central) had Power Five offers that extended past the region and Harrison Phillips (Millard West) went to Stanford. The three classes between 2019 and 2021 have seven already, including Council Bluffs, Iowa, quarterback and TCU signee Max Duggan. Each class has featured at least one player with at least one SEC offer.

Prochazka’s rogue mailer from Florida State might have been a funny accident or a shot in the dark, but schools around the country have certainly noticed the current crop of talent in the eastern part of the state.

Gary Pepin has learned to be at least a little bit guarded when a Nebraska football player says he wants to run track.

Steven M. Sipple, Chris Basnett and Parker Gabriel run down the latest twists and turns in a major roster overhaul for Fred Hoiberg and the Ne…

It’s been a busy week in the Omaha Metro area on the football recruiting front. Already, 2021 prospects Avante Dickerson (Omaha Westside) and Teddy Prochazka (Elkhorn South) have drawn big hosts of suitors to their respective schools.

Driving for 6: A spin around Husker recruiting and an interesting group of in-state prospects

Let’s take a drive and check in on some Nebraska recruiting.

Rahmir Johnson has lofty track goals for his final spring at Bergen Catholic in New Jersey, then he joins Nebraska's football team as a running back in early June.

Demariyon Houston will be on Nebraska's campus and enrolled in his first college classes in a matter of weeks.

Saturday, when he received his diploma, it became official: Jermarcus "Yoshi" Hardrick, who completed his college playing eligibility at Nebraska in 2011, became the first person in his family — on either side — to graduate from college."I didn't know when it was going to happen, but I knew it was going to happen, man," the former Husker offensive lineman said Monday.

Nebraska's online roster is updated as of Wednesday morning to reflect recent attrition and the flexibility the Huskers possess as summer arrives.

Secondary coach Travis Fisher hasn’t been shy that he expects a quartet of incoming freshmen — Javin Wright, Quinton Newsome, Myles Farmer and Noa Pola-Gates — to provide an immediate challenge for his veterans. The incumbents, though, aren’t just going to sit idly by.

Driving for 6: More connections between Huskers and Highland C.C.; a nice track week for Smothers

Let’s take a Friday afternoon drive. We might even be able to put the top down for the first time this week.

Teddy Prochazka earned a four-star rating from Rivals on Tuesday and is ranked among the top 50 players nationally for the 2021 class. 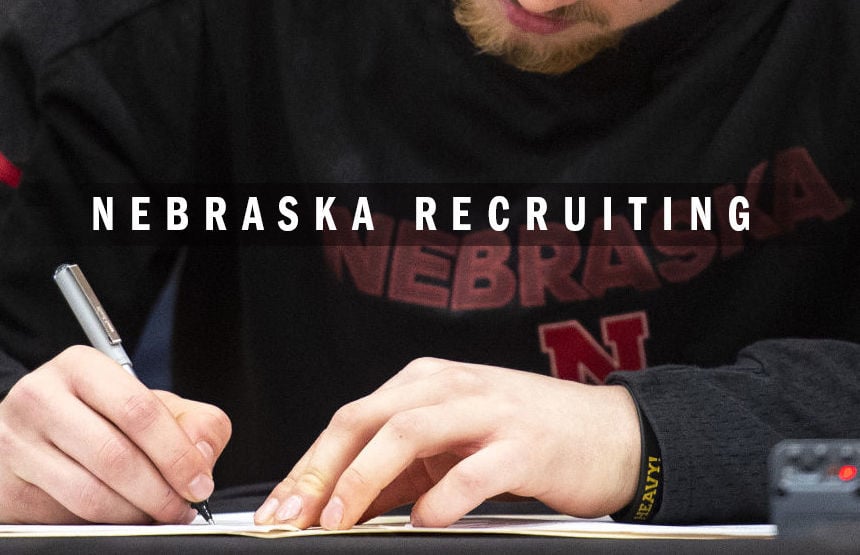 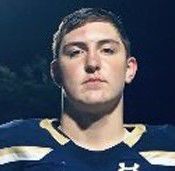 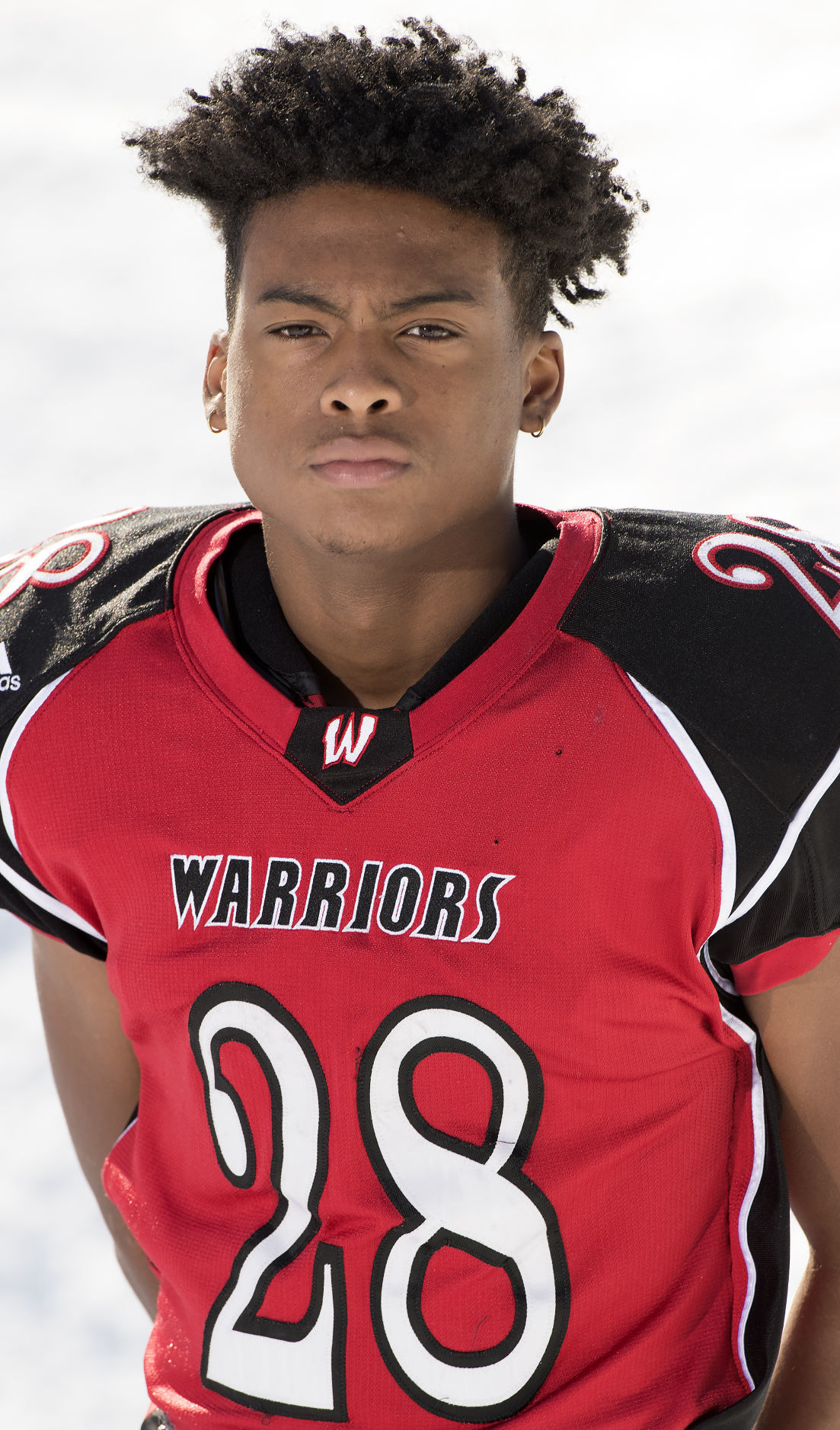