Tony Fair's been verbally committed to Nebraska since July 19, but he's reopening his commitment as the signing period draws near.

He announced that move on Twitter on Friday afternoon.

Reopening My Recruitment. To all the Fans For the Love and Support, Thank You. @coach_frost @coachdawsgbr Thankyou for the Opportunity to become a Husker and Last Time GBR 🔴🔴!!Heres My 2018 Highlight Link!! Hope you like it. #TheSkysTheLimit 🙏🏾 https://t.co/YoSBPS9erM pic.twitter.com/QrSr7FFdvi

The Pima (Arizona) Community College defensive tackle believes he has the grades to qualify to play next year, but it won't be happening at NU.

Fair said he's on track to pass 23 credits this semester in good standing, more than what Husker coaches said he had to get done. But he also said he understands that NU doesn't believe it has the time to wait around and make sure.

"Honestly, it was hell," Fair said of the heavy academic workload plus football responsibilities. "I was trying to make it happen because I knew I wanted to be there and I didn't want to be still down and out. I have big chances if I get the right workouts and stuff to get to the NFL. I'm tired of my family struggling.

"It's a business and they didn't have time to wait around for it."

Fair, a South Bend, Indiana, native, began his collegiate career at Indiana State but missed significant time and even did a stint as a team manager before opting to try to restart his college career at Pima. There, he put up highly productive numbers as a 6-foot-3, 330-pound anchor in the middle of the defense.

In recent days, though, Nebraska's been active in looking at interior defensive linemen. Reports from Oklahoma suggest that Oklahoma State senior Darrion Daniels, the older brother of NU's Damion Daniels, is going to graduate transfer to the Huskers. On Thursday, the Huskers offered 2019 defensive tackle Matthew Pola-Mao (Chandler, Arizona), the cousin of Husker defensive back target Noa Pola-Gates.

Now Fair will try to link up with another school.

"I would like to find somewhere that I'd love to be at, just like I would have loved to be at Nebraska," he said. "It's really late (in the process). … Now it's on me and I have to find something and make it happen. Hopefully somebody has a door still open for me."

Now the Huskers are after outside linebacker Amare Barno, who is visiting Lincoln this weekend.

"He is an extremely dynamic player who is just now starting to scratch the surface of the player that he can become," Schaffner said. "Like a lot of the guys who leave us, his best football is in front of him."

Barno didn't have much profile when the fall began, but the 6-foot-6, 220-pounder picked up interest as he racked up 66 tackles (13 for loss) and 4.5 sacks for the Grizzlies.

"He was a freshman on the team that (Honas) was on a year ago and he played behind three FBS linebackers, which is what we try to do here," Schaffner said. ... "This year he took their spots and was a great player and a great leader for us."

Barno is set to graduate this month and enroll at a four-year school in January. He will have three years to play two.

Great meeting with coach frost and coach Walters today, can’t wait to make it official on the 19th.. #GBR 🥀 pic.twitter.com/I3D5QkmKhs

Chase, a 6-1, 185-pounder, just wrapped up an unbeaten season with Union High.

In 14 games, Chase had 65 catches for 1,004 yards and 14 scores. He hauled in a 20-yard touchdown in the first half of Union's state championship game win and finished with five catches for 127 yards.

Two of Nebraska's 2019 verbal commits were honored Thursday for being the top players in their respective states.

What's a day without a recruiting ticker?

Recruiting ticker: A 2020 Midwest swing for Frost to start Friday

Running updates on Nebraska football's efforts on the recruiting trail.

Oklahoma State defensive tackle Darrion Daniels plans to enroll at Nebraska as a graduate transfer for his senior season in 2019, according to…

Nebraska’s coaching staff took a family road trip to Kentucky on Monday, and just about everybody was invited. 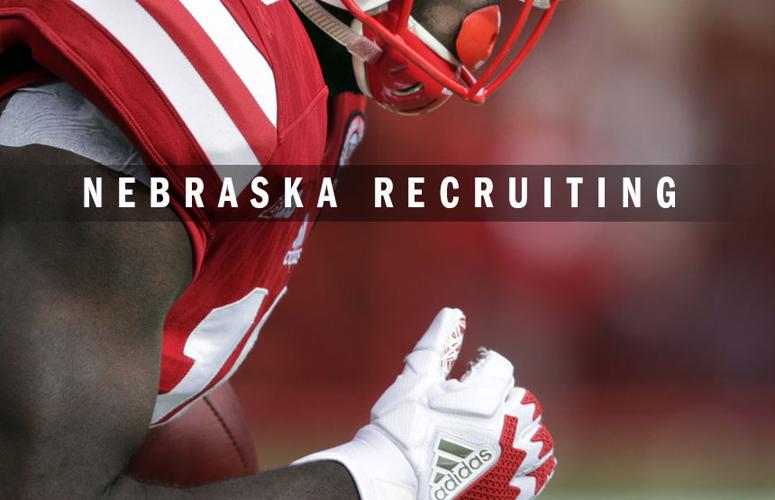