Sure, most official visits happen on the weekends.

For players who want to use all five officials during June, though, a midweek visit is required somewhere along the way.

The Valor Christian High standout has been on a whirlwind tour this month, already knocking out visits to Cal, Virginia and Colorado. After spending Monday night through Wednesday in Lincoln, he'll be visiting Duke on the final weekend of the month.

He's seen Kansas State and Minnesota this month, as well.

Maikkula (6-foot-5 and 265 pounds) became the third offensive lineman to take an official visit to Nebraska this month, following Valen Erickson (Chicago) and Ashton Craig (Lawrenceburg, Indiana), both of whom were on campus June 4.

Maikkula's visit helps set the course for how Nebraska views its offensive line board going forward. Junior college center Seth Falley, for example, said he was told when he worked out Friday that the staff thought it would know more after the month's official visitors had come through.

The 6-7, 230-pounder told the Journal Star on Monday morning that he had been originally set to visit Tuesday through Thursday but that NU is only taking one tight end in the 2022 class.

The Huskers landed a verbal commitment from Chase Androff (Lakeville, Minnesota) on June 7.

It's not clear that Nebraska will have any more official visitors this month after Maikkula. The only other known visitor set for the final weekend of June was defensive back Mumu Bin-Wahad (Loganville, Georgia), but he verbally committed to West Virginia last week.

Photos: Recruits get a taste of Husker football at Friday Night Lights

The pledge marked NU's second verbal commitment of the day, fifth of June and seventh overall in its 2022 class.

A look at what the verbal commitment of wide receiver Grant Page means for Nebraska and its 2022 recruiting class.

The four-man group made quite the impression — and each of them earned a scholarship offer from Nebraska after participating in the camp.

Nebraska defensive coordinator Erik Chinander said it’s been great to be able to have players come in for workouts in Lincoln.

Dominic Raiola speaks with pride about his son's performance during Friday Night Lights. Ultimately, though, Dylan will make his own college choice.

Life in the Red: A four-star, late-June official visitor for the Huskers

Jaden Mangham says he is being recruited primarily as a wide receiver but also potentially as a defensive back by the Huskers.

The consensus three-star recruit from Littleton, Colorado, liked what he saw during his Monday to Wednesday stay in Lincoln. 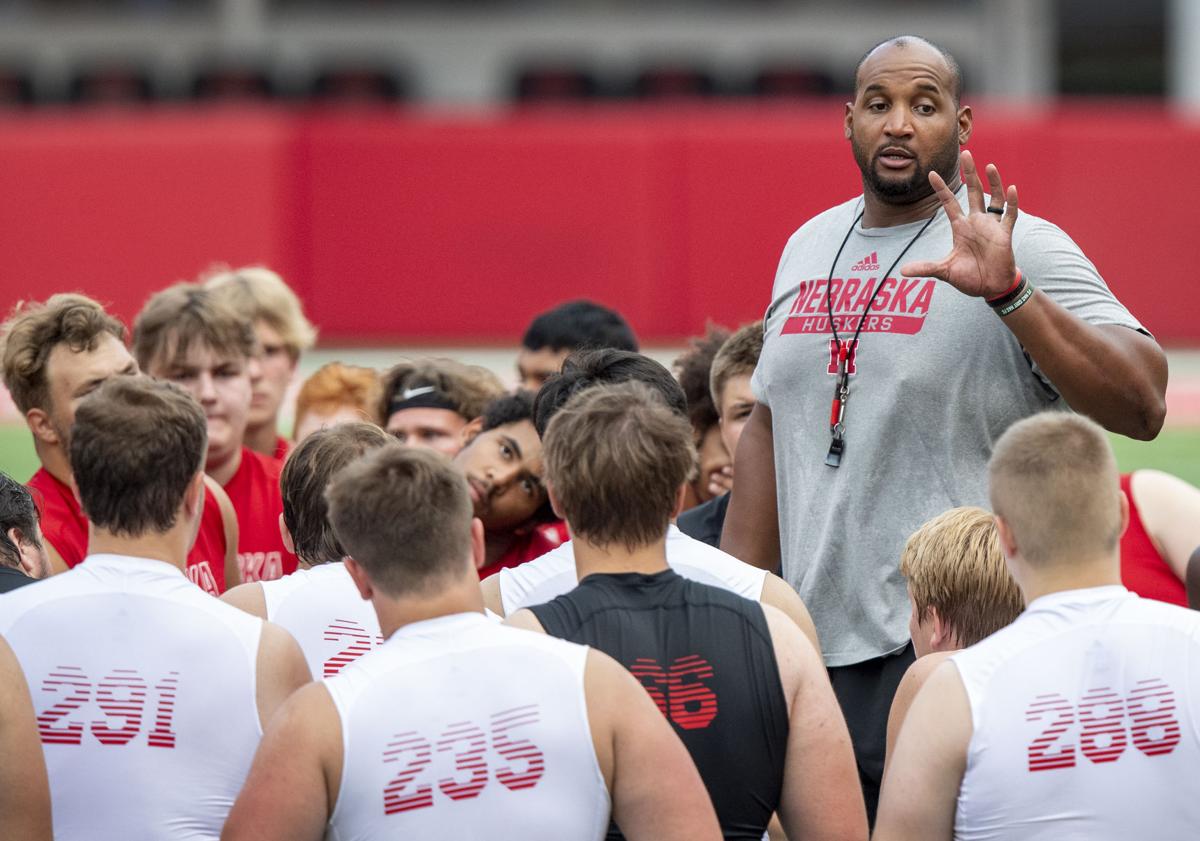