Nebraska lost a verbal pledge Sunday afternoon and then picked one up Sunday evening, making for an active day on the recruiting trail.

The Huskers added three-star athlete Kamonte Grimes out of Naples, Florida, a longtime target who could play either wide receiver or defensive back in Lincoln, but is expected to get a long look on offense.

"(I would) like to thank my amazing family, (Palmetto Ridge head coach Adam) Fisher, (Palmetto Ridge defensive coordinator P.J.) Gibbs, the whole Palmetto Ridge staff and all of my teammates and everyone that has supported me on this journey," Grimes wrote on Twitter in announcing his decision. "I just wanna say it's been an amazing experience throughout the whole recruiting process and most importantly I want to thank all of the schools and coaches who took their time to recruit me."

Gibbs told the Journal Star on Sunday evening that Grimes these days goes about 6-foot-3 and 220 pounds. He had a final five that included the Huskers, Michigan, Maryland, Miami and Kentucky before he called up NU head coach Scott Frost on Sunday evening and said he wanted to be a Cornhusker.

"From a football perspective, he's obviously a physical specimen at 6-3 and almost 220, matchup problem on the outside for the teams that we play," Gibbs told the Journal Star. "Phenomenal football IQ. He plays multiple positions for us offensively and defensively."

Grimes is a consensus three-star prospect. According to the 247Sports Composite ranking, he's the No. 515 recruit nationally and among the top 80 players in Florida.

That's just the start of the conversation when it comes to Grimes, though.

"Can't say enough good things about the kid as a person," Gibbs said. "He's got a 4.0 GPA and wants to be a pediatric surgeon. He's just a great kid, comes from a great family and we're really, really excited for him."

Grimes on Friday was invited to the prestigious All-American Bowl.

Nebraska first offered Grimes on March 27 and he's been recruited since then by head coach Scott Frost, offensive coordinator Matt Lubick and others.

"I think he'll fight right in to what Coach Frost and (running backs coach Ryan) Held and those guys want to do on offense," Gibbs said. "From the perspective of, I don't think there's going to be a real big learning curve for him because of his intelligence. He's the kind of kid where you tell it to him once and it's done. You don't have to worry about it.

"For us, from a defensive perspective, he played three different positions for us last year and I didn't have to worry about him at all. Offensively he played quarterback, inside and outside receiver."

If Grimes ends up on offense, he joins a group of long, rangy skill players that the Huskers have added so far in the 2021 class. NU's two other receivers in the group, Sean Hardy III from Georgia and Latrell Neville from Texas, are both listed at 6-3 and running back Gabe Ervin is listed at 6-1 and 200 pounds.

The Huskers also continue to recruit a group of tight ends highlighted by the 6-5, 225-pound four-star Thomas Fidone (Council Bluffs, Iowa) who is set to make his college choice public on Aug. 26 and in-state target A.J. Rollins of Creighton Prep. There is growing momentum, too, behind the idea that the Huskers could end up offering a scholarship to 6-5, 220-pound Norris High standout James Carnie.

Earlier Sunday, the Huskers lost Will Schweitzer, an outside linebacker from Los Gatos, California, who announced his decommitment via Twitter.

"I'd like to say this has nothing to do with the university, the coaching staff or Huskernation," his tweet said. "I am honored coach (Scott) Frost, coach (Erik) Chinander and coach (Mike) Dawson chose me to play for them. They have been the best mentors anyone could ask for in the recruiting process. Thank you coaches from the bottom of my heart."

The 6-foot-4, 220-pound Schweitzer verbally committed to Nebraska on June 11, picking the Huskers and defensive coordinator Chinander over a host of options including in-state California, Michigan State, TCU, Utah and several others. Holding more than 20 total offers, Schweitzer is one of the most sought-after prospects in the Bay Area for the 2021 cycle.

Schweitzer projects as an outside linebacker in Chinander's 3-4 defense, but he plays in the middle for Los Gatos High School.

"He just plays really fast," Los Gatos coach Mark Krail told the Journal Star in June. "One of the things that jumps out on film when you talk to college coaches is the speed at which he plays. Obviously, every level you go up, that's probably the No. 1 variable that changes the most. That's what he really has going for him."

"I don't think there should be any concerns at all about these athletes going out on a football field and playing a game."

Nebraska has been recruiting Thomas Fidone hard since first offering him last fall. Now, the wait could be almost over.

The 6-foot-5, 220-pound Carnie is verbally committed to Miami (Ohio) but has been in regular contact with Nebraska tight ends coach Sean Beckton.

A week later, confusion persists on how Big Ten arrived at postponement decision

Nearly a week after the Big Ten postponed its fall sports, there is still no concrete insight on exactly how that decision was reached.

Driving for 6: What happens if some play and some don't? Likely a big ol' roster and eligibility mess

Roster management, eligibility and recruiting could quickly turn into a royal mess.

Steven M. Sipple: After Warren ends silence, it's time to relent on hopes of NU playing in fall

As recently as Wednesday morning, there seemed to be faint hope of some Big Ten teams trying to play in the fall. It's hardly even a pipe dream now.

The potential for the Huskers suiting up and playing this winter grows stronger by the day.

Close to home: After a three-commit week, Huskers' 2021 class has a growing regional feel

Down on the field before Nebraska hosted Ohio State with College GameDay in town one year ago, the wheels of the program’s future were in motion. 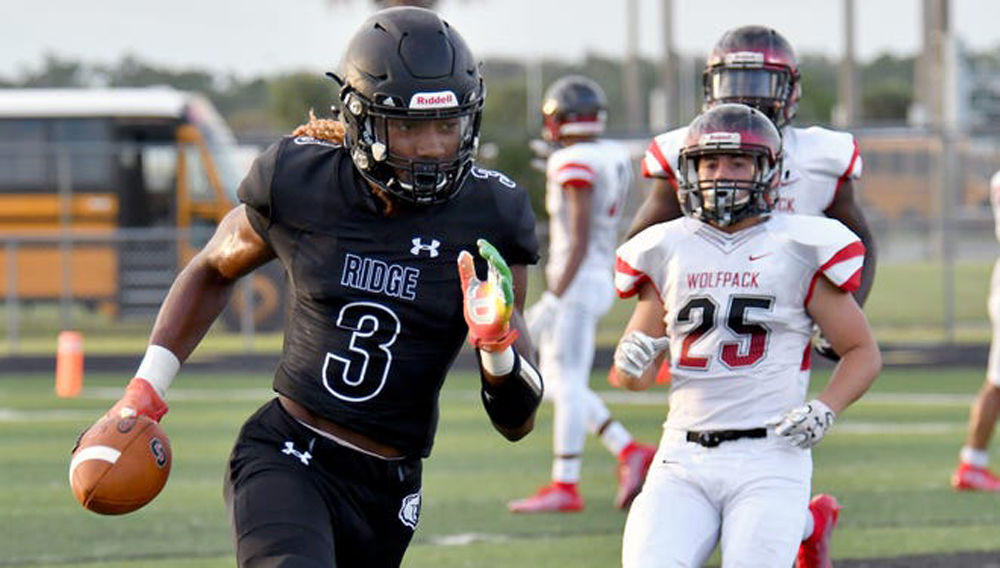 Kamonte Grimes, a wide receiver or defensive back prospect, committed to Nebraska on Sunday. 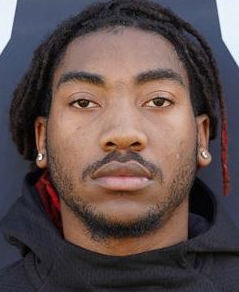