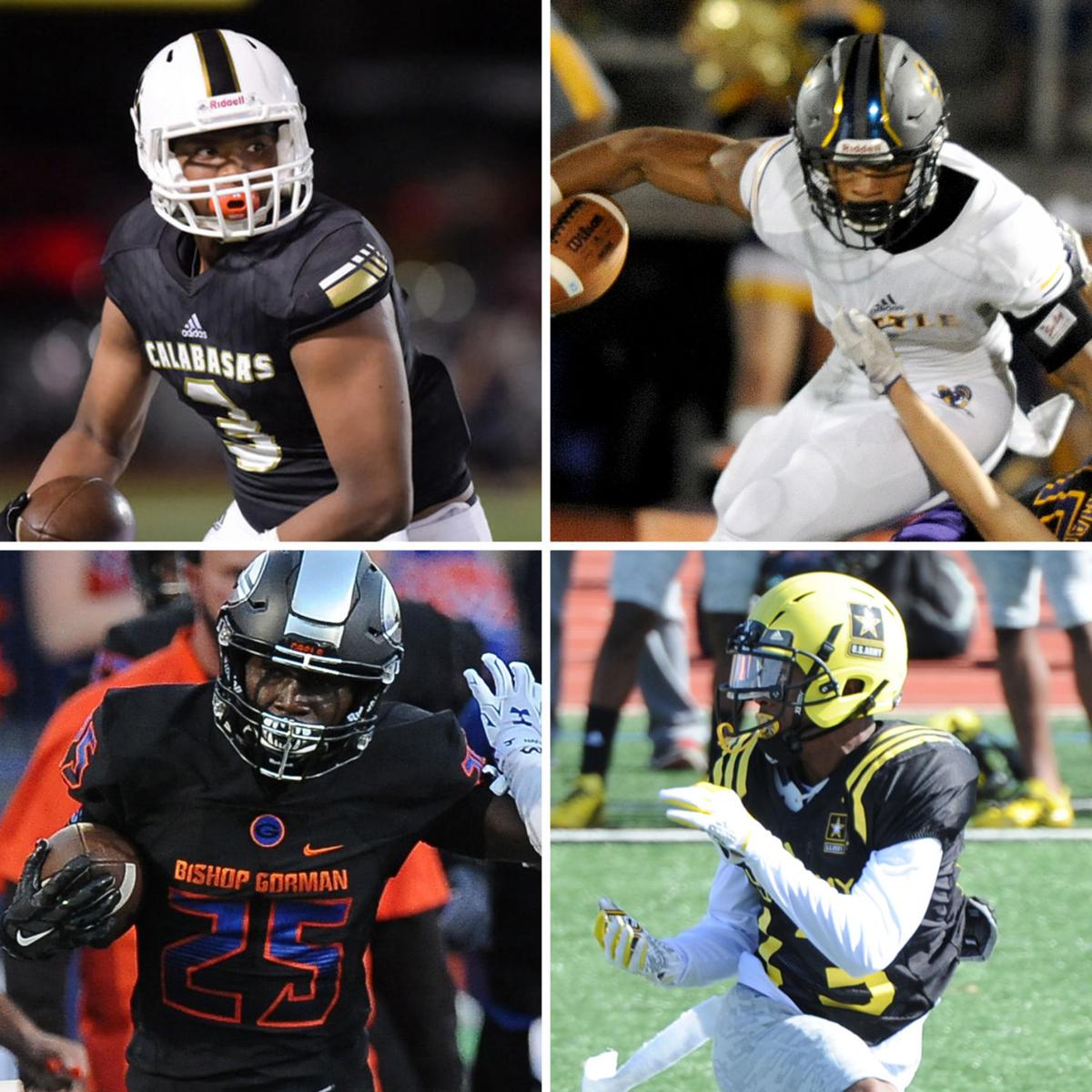 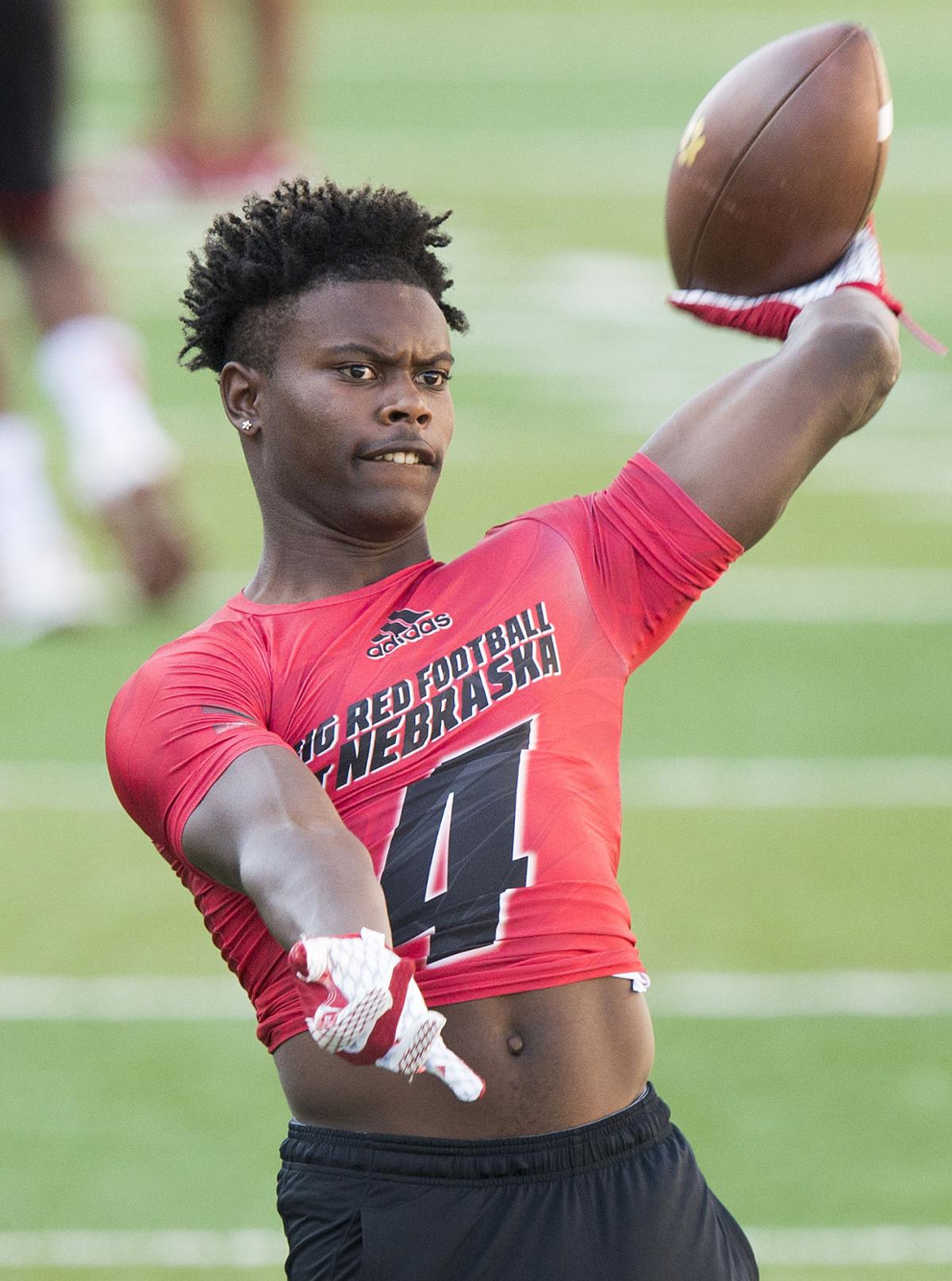 Jaevon McQuitty was the first, then Keyshawn Johnson Jr. stuck his hand in the air 11 days later. Remember all that commotion?

Johnson's commitment came way back on March 23, to be exact. He enrolled early, too. He's already taking classes in Lincoln and preparing for his first spring practices as a college athlete.

While his skills on the field were coveted, his name drew a whole lot of attention to the recruitment of Husker wide receivers in this class. That didn't disappear.

These certainly aren't your father's Huskers. Nebraska is looking to sign as many as five receivers in this class to build depth and stockpile talent as it moves into a new era offensively under Mike Riley.

Outside of that slightly important role of who will throw these guys the ball, the receivers group has arguably been the most discussed as this recruiting class has taken shape.

On Friday, five days before National Signing Day, receivers again were the topic of the day, with four-star prospect Jamire Calvin becoming the fourth receiver in the class, joining Johnson, McQuitty and Tyjon Lindsey, the highest rated of them all.

Maybe it's no surprise that so many of the targets on Nebraska's board come from the West Coast. There's been some drama fit for a Hollywood script.

"As guys get closer to signing day, guys get closer to decision time, these kids, all that hype and all that positive spiel they got on the visit, all that kind of fades away," said Greg Biggins, a national recruiting analyst for Scout.com based in Huntington Beach, California. "And the kid is left to make a decision on, 'OK, where is the best place for me the next four or five years?'"

As it goes with recruiting, though, it's not just about the next four or five years but also about the now for a fan base long known for its passion in following recruiting.

In that way, Calvin's Friday decision was a significant one, helping enhance the perception of this class. He'd been deciding between Nebraska and Washington State in these final days, and Biggins noted before the news broke that, "I don't know if it's a slam dunk for Nebraska by any stretch."

After all, many thought Calvin was a slam dunk for the Huskers the day he first announced his commitment at the U.S. Army All-American Bowl. He picked Oregon State.

But Calvin, as it turns out, would be the second receiver in this class to initially publicly pick another school before ending up with Nebraska.

Lindsey, the prized recruit from Bishop Gorman High School in Las Vegas, dropped a surprise in mid-January when he decommitted from Ohio State and gave his pledge to the Huskers. Lindsey, in fact, landed in Lincoln on Friday for a final visit before signing, tweeting out, "When you land and see snow, that's when you know you're in NEBRASKA." There was a smiley face attached at the end.

The No. 7 receiver in the nation and No. 50 recruit overall according to 247Sports composite rankings certainly gave Nebraska's class ranking a major boost and opened the possibility of more talent following him to Lincoln.

"At face value you might say, 'Yeah, why Nebraska as opposed to other schools?'" Biggins said. "But when you add the fact of Mike Riley, a West Coast guy, Keyshawn Johnson Sr. loves the guy, calls him a mentor. Those two things I think make it not a surprise."

His decision will come down to the Huskers or USC, which is just a few miles from his home. But the Trojans are stocked with receivers. Could Lewis choose to move east in search of immediate playing time?

"There's a lot pushing him towards home and USC. But Nebraska's always been there," Biggins said. "They're kind of the school that I've always kind of thought of as the leader for most of the year, only because he wants to play right away."

There certainly appear to be opportunities for Johnson, Lindsey, McQuitty and Calvin, and whoever else decides to join them.

It's well-known that Nebraska loses the majority of its experience, with Jordan Westerkamp, Brandon Reilly and Alonzo Moore all graduating.

That's three of your top four receivers, a crew that combined for 79 catches for 1,313 yards and nine touchdowns.

If you're doing the math, and many probably are, that's 57 percent of receptions, 62 percent of the passing yards and nine of 14 touchdowns produced by Nebraska receivers last season.

And while the cupboard isn't bare — Stanley Morgan and De'Mornay Pierson-El lead the returners, and Bryan Reimers and Gabe Rahn both contributed last season — the opportunities to make a splash seem to be readily available.

"It's Riley, it's the receivers coach, it's the offense, it's Keyshawn getting all those guys to get interested in the school and then them going themselves and really liking it there," Biggins said. "And there isn't a whole ton of depth there, so add depth chart to the mix as well, and it's a pretty easy sell."

When it's all added up, Biggins said, there's no reason to think Nebraska won't continue to look west for players to fill its skill positions.

"I'm not really surprised at this and I think it will continue," Biggins said. "I think they'll continue to mine those West Coast guys. Donté Williams is there now; he's a great West Coast recruiter and that's going to really help them, too. So I definitely see it continuing."

Life changes for a teenager in this state once the label gets attached to his name: Nebraska football recruit.

It was not a straight route to this decision for Jamire Calvin, but all Nebraska fans will care about is where he parked the car at trip's end.

For some, walking on at NU still outweighs scholarship offers to other schools

Dylan Reynolds got the phone call in November. The high school football player from Broken Bow had been offered a chance to be a walk-on for t…

It isn't about simply adding this late in the game. It's about adding at positions of need.

The night before his big day, Alonzo Moore was optimistic.