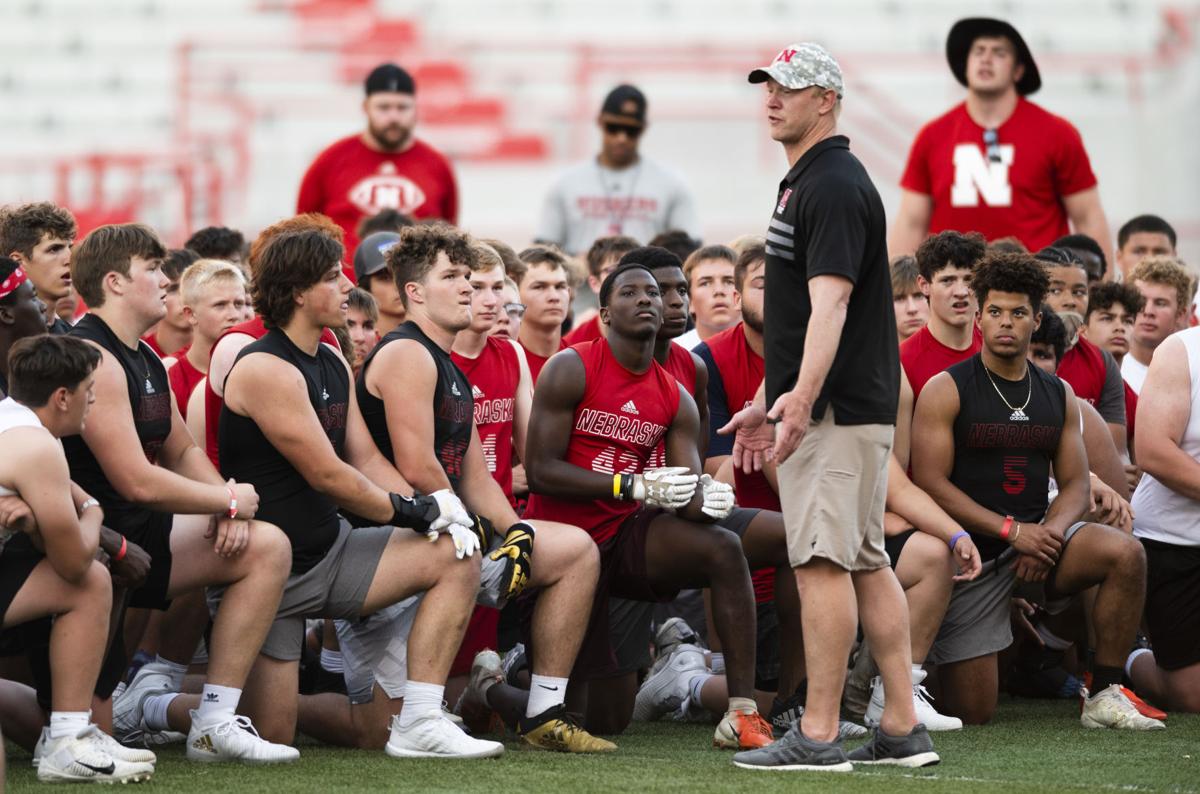 Nebraska football coach Scott Frost talks to the athletes who attended the Friday Night Lights camp at the Memorial Stadium. 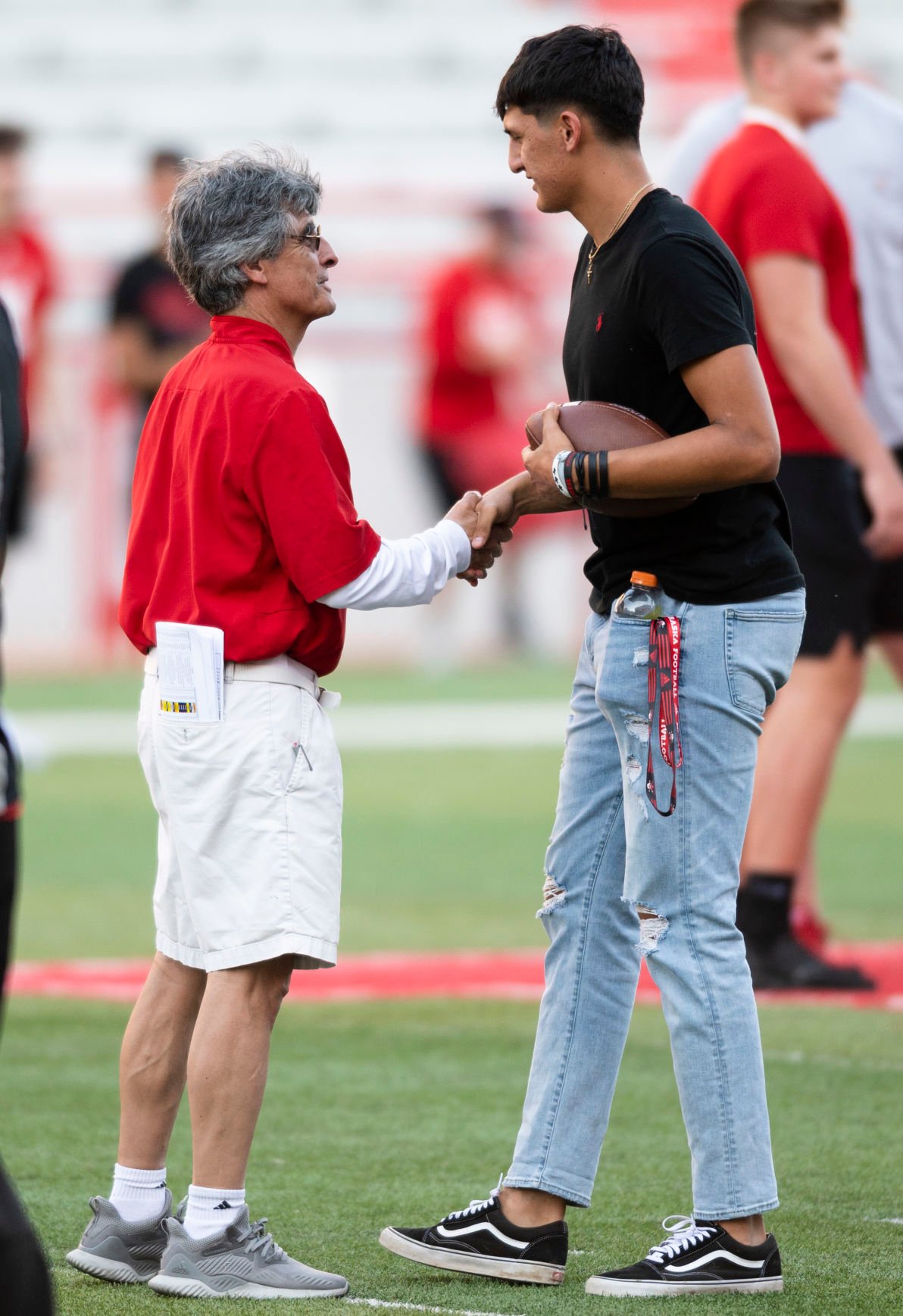 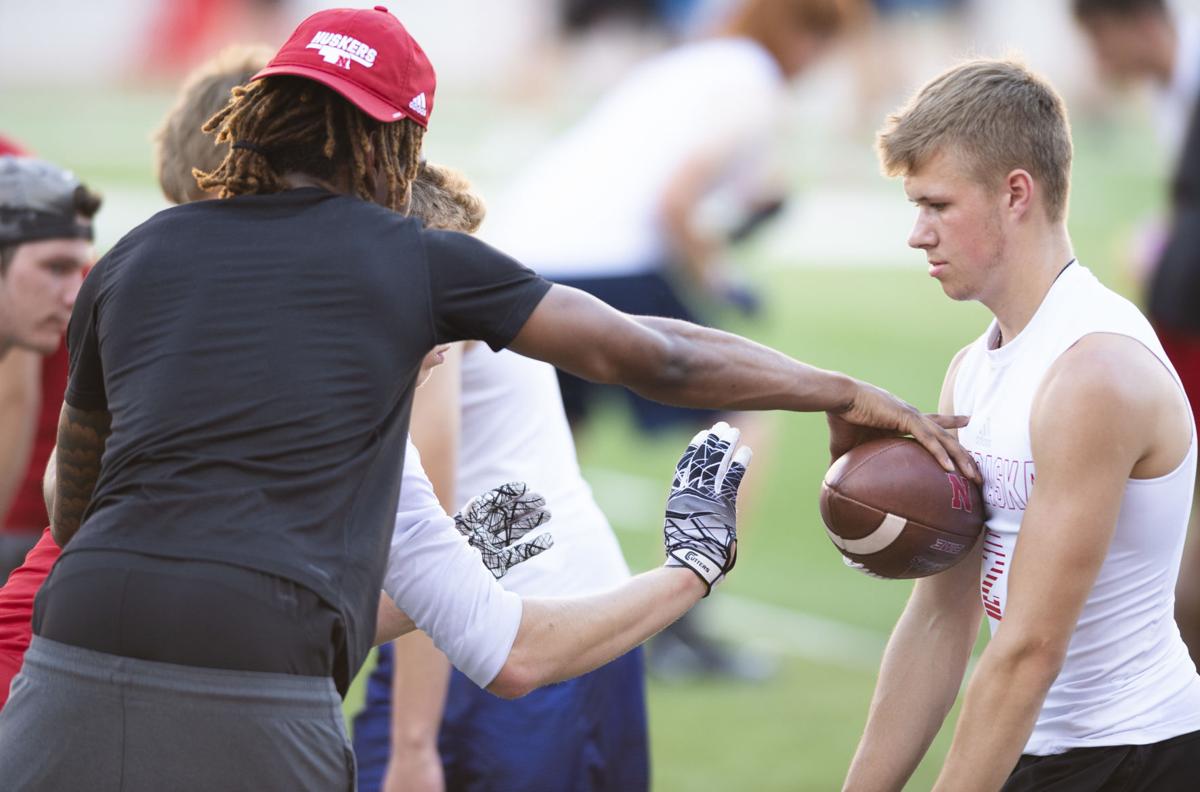 For a kid who lives and plays right down the road from Nebraska, it's been an interesting year-plus for Gunnar Gottula.

The 2023 offensive lineman and Lincoln Southeast standout, like his teammate, 2022 athlete Jake Appleget, has been on the radar screen of the Husker coaching staff for some time, but the dead period did not allow for the staff and Gottula to be in person-to-person contact.

Appleget earned his scholarship offer in a private workout on Tuesday.

Gottula, listed at 6-foot-6 and 270 pounds ahead of his junior year in high school, followed suit by landing an offer after a solid Friday Night Lights camp.

After a great talk with @coach_frost, I’m excited to announce I’ve earned an offer to the University of Nebraska 🌽 pic.twitter.com/Z9ugADC0Pr

Gottula chatted with Nebraska coach Scott Frost, offensive line coach Greg Austin and inside linebackers coach (and LSE alum) Barrett Ruud after the camp, smiling and taking photos like a guy who had just received good news. Turns out, he had.

It is Gottula's third Power Five scholarship offer, as both Iowa State and Kansas State have thrown their hats in the ring.

Brahmer is the charter member of Nebraska's 2023 class so far and took part in the camp, too.

The 6-5 pass-catcher was perhaps the single most impressive player to take part. He moves well, has a huge catch radius and when he gets his hands on the ball, he catches it.

He ran past a defender and made a lunging, athletic grab in the end zone during the one-on-one segments and looks like a player who will be moving up the recruiting rankings as more people see him in person.

Even though Brahmer is already committed, the camp provided a neat opportunity for him to chat it up with the staff between drills and afterward. He spent time getting instruction directly from NU tight ends coach Sean Beckton, and he and his parents talked with Frost after the camp was done.

Official visitors take in the sights and sounds: Each of Nebraska's eight official visitors for the weekend came out and checked out the FNL camp and walked around with a player host and other players and coaches.

So on and so forth.

You can read up on each of the Huskers' visitors this weekend here and see the other visitors slated to come to Lincoln the rest of the month below.

A couple of interesting scenes: Class of 2022 quarterback Richard Torres stuck with junior Adrian Martinez for most of the time he was out on the field. As Frost addressed the campers at the end, quarterbacks coach Mario Verduzco ran up and hugged Torres and had a spirited conversation with him. NU, of course, is still looking for a quarterback in its 2022 class and Torres (6-6 and 210) is the first to make an official visit to Lincoln.

After a great camp and visit, I am truly blessed and honored to receive a scholarship offer from the University of Nebraska!!!#GBR #JUCOPRODUCT pic.twitter.com/ot5PUcFezw

Van den Berg played in five games as a freshman for IWCC this spring and logged 20 tackles and a sack, according to the school’s stats. He’s listed at 6-3 and 285 pounds and played his high school ball at Providence Christian High in Lilburn, Georgia.

Van den Berg said on his Twitter account that he’s a full academic qualifier, which means he could jump right to a power conference school this summer and have five years of eligibility remaining to play four seasons due to the NCAA’s adjusted rules.

He already has an offer from Southern Miss and is slated to continue making the camp rounds this month, including stops at Iowa and Penn State. Van den Berg was a linebacker in high school who has grown into playing on the defensive front line.

Pastore, who is 6-6, must have impressed in the workout as well. It appears to be his first power-conference offer.

Two other FNL campers who impressed on Friday night: A couple of younger, in-state players to keep tabs on this summer and fall: Grand Island 2023 pass-rusher Victor Isele and Lincoln East 2023 wide receiver Malachi Coleman. Both had really nice camps and both have the kind of frames that will catch the attention of college coaches on the camp circuit this summer.

I Like To Thank My Heavenly Father For Giving Me This Opportunity To Provide For My Family! ✅ @CoachBMatich @CoachVailahi pic.twitter.com/9UiBQn8drf

Huskers in top six for Utah DL: Nebraska showed up in the top group for defensive lineman Ben Roberts (Salt Lake City, Utah) on Thursday morning. Roberts (6-4, 290) plays at powerhouse East High in the city and also included Washington, Oregon, Washington State, Virginia Tech and Tennessee in his top group. He's taking some visits in June, but told the Journal Star he is planning on visiting Nebraska during the season this fall.

Roberts is a consensus three-star prospect.

Nebraska football coach Scott Frost talks to the athletes who attended the Friday Night Lights camp at the Memorial Stadium.