The Hoiberg timeline: From Iowa 'Mr. Basketball' to coaching the Bulls at PBA
View Comments
Share this
{{featured_button_text}}
1 of 2 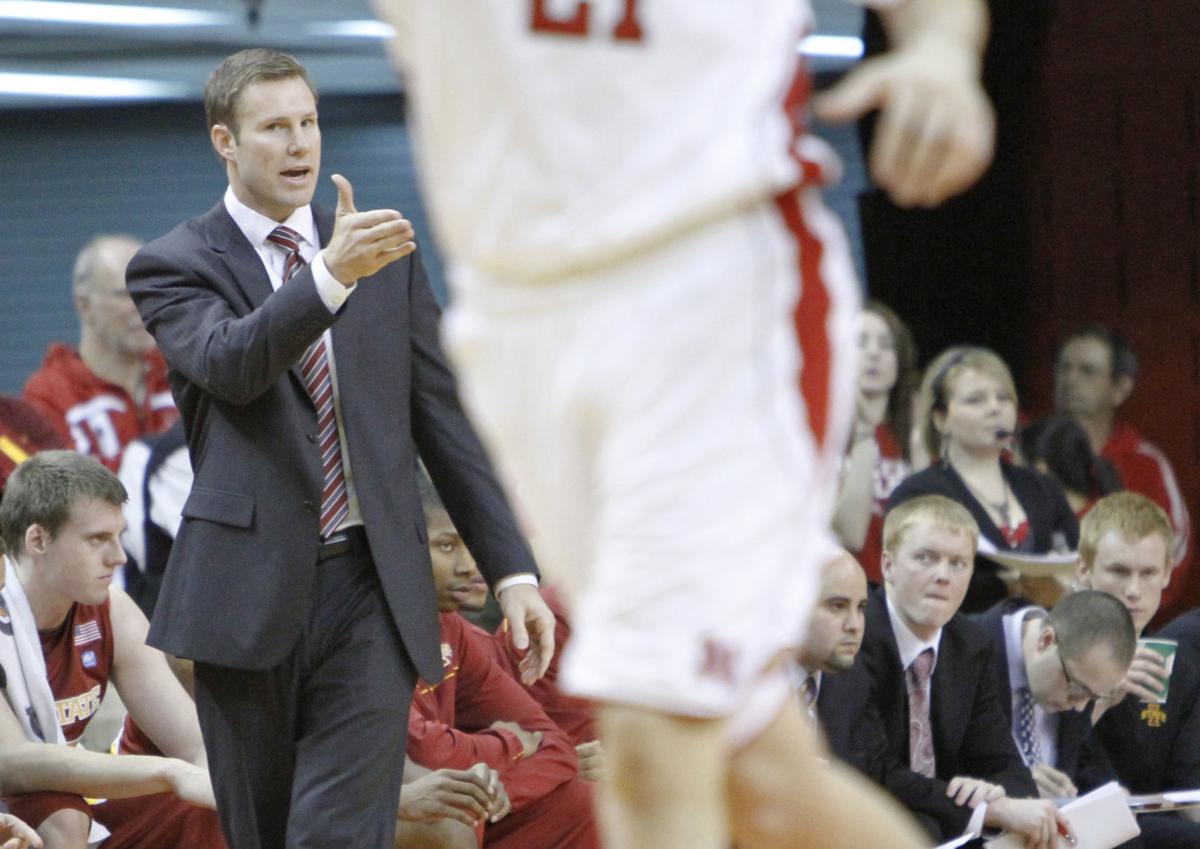 Iowa State coach Fred Hoiberg instructs his players in the first half of a game against Nebraska in Lincoln in January 2011.

2003: He signs with the Minnesota Timberwolves as a free agent. In 2005, he leads the league in three-point shooting.

April 2006: Hoiberg announces his retirement as a player to take a front office job with the Timberwolves. He serves as the team's assistant general manager.

Made with Visme Infographic Maker

Jan. 8, 2011: In his only visit to Lincoln as Iowa State's head coach, Hoiberg's Cyclones lose to Nebraska 63-62 at the Devaney Sports Center.

March 2012: He is named Big 12 Conference co-coach of the year after leading Iowa State to a nine-win improvement, the largest season-to-season improvement in Big 12 history.

March 17, 2012: Iowa State falls to top-seeded and top-ranked Kentucky 87-71 in second round of the NCAA Tournament.

2012: Hoiberg is inducted into the National High School Hall of Fame.

March 22, 2013: Tenth-seeded Iowa State beats seventh-seeded Notre Dame 76-58 in the opening round of the NCAA Tournament.

March 24, 2013: Iowa State's season ends at 23-12 after a loss to second-seeded Ohio State in the second round of the NCAA Tournament.

June 2, 2015: The Chicago Bulls hire Hoiberg as head coach. He receives a five-year deal worth $25 million. Hoiberg goes 42-40 in his first season.

[ Gallery: Reactions to Nebraska hiring Fred Hoiberg as its next head coach ]

They call him The Mayor

Nebraska investing and committing to Fred Hoiberg. I love the hire, a perfect fit for both parties. Any hire is all about the staff that follows. Hoiberg bringing Abdelmassih with him is huge, was with Hoiberg at Iowa State and is an excellent recruiter.

Now you're all in trouble

“Fred Hoiberg will be the next basketball coach at Nebraska”

Is it a home run hire?

Did someone say palpable buzz?

'Nebraska has always felt like a second home': Hoiberg hired as Huskers' next men's basketball coach

Fred Hoiberg will be the next coach of the Nebraska men’s basketball team, sources confirmed to the Journal Star on Saturday morning. The university announced the move in a news release shortly after 3 p.m. Saturday afternoon.  Hoiberg will be introduced at a 3 p.m. Tuesday news conference at Memorial Stadium.

At its core, Fred Hoiberg's offense isn't all that different from what Scott Frost is running over at Memorial Stadium — push the tempo, spread the defense across the playing surface, distribute the ball to attack favorable one-on-one matchups, and be unafraid to take deep shots on a regular basis.

When it comes to raising the bar of its men's basketball program, Nebraska is all business.

For some long-time Nebraska hoops fans, this all may seem like a dream. "You're getting a guy (in Fred Hoiberg) who's proven, a guy who carries a national name," says Cary Cochran of Minden, Iowa, who ended his college career in 2002 as Nebraska's all-time leading three-point shooter. "He's a guy who adds credibility." A ton of it, actually.

Steven M. Sipple: With clout and momentum, Moos could ramp up push for facilities upgrades

Nebraska football facilities (read: locker room, meeting rooms, training facilities and various bells and whistles) should be a priority for Bill Moos, and perhaps the next big priority. He seemingly has the clout and momentum right now to get things done.

Now that the minor detail of hiring a head coach is out of the way, Nebraska basketball can begin to turn its attention to just what kind of r…

Iowa State coach Fred Hoiberg instructs his players in the first half of a game against Nebraska in Lincoln in January 2011.