Now the offseason begins. We sort through what's to come as Husker hoops begins to look ahead
0 Comments
Share this
1 of 2 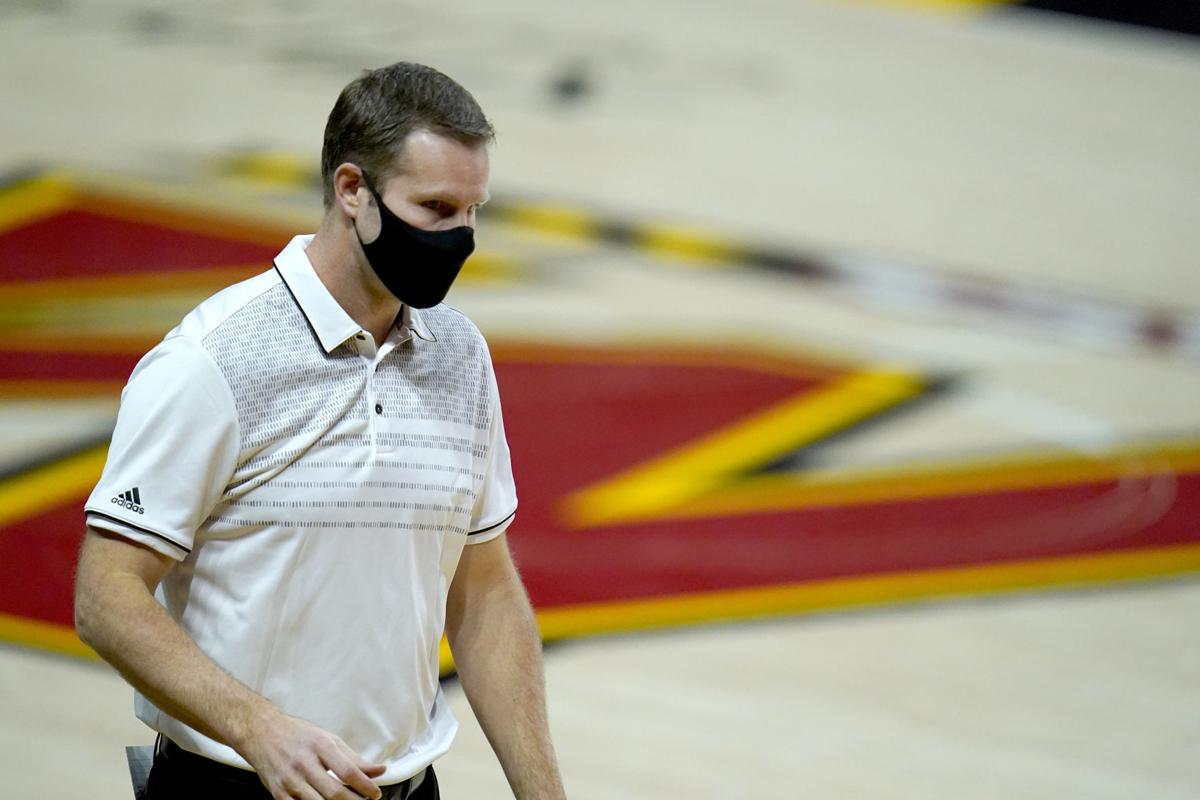 Nebraska coach Fred Hoiberg walks off the court at the end of the first half of a game against Maryland on Feb. 17 in College Park, Md. 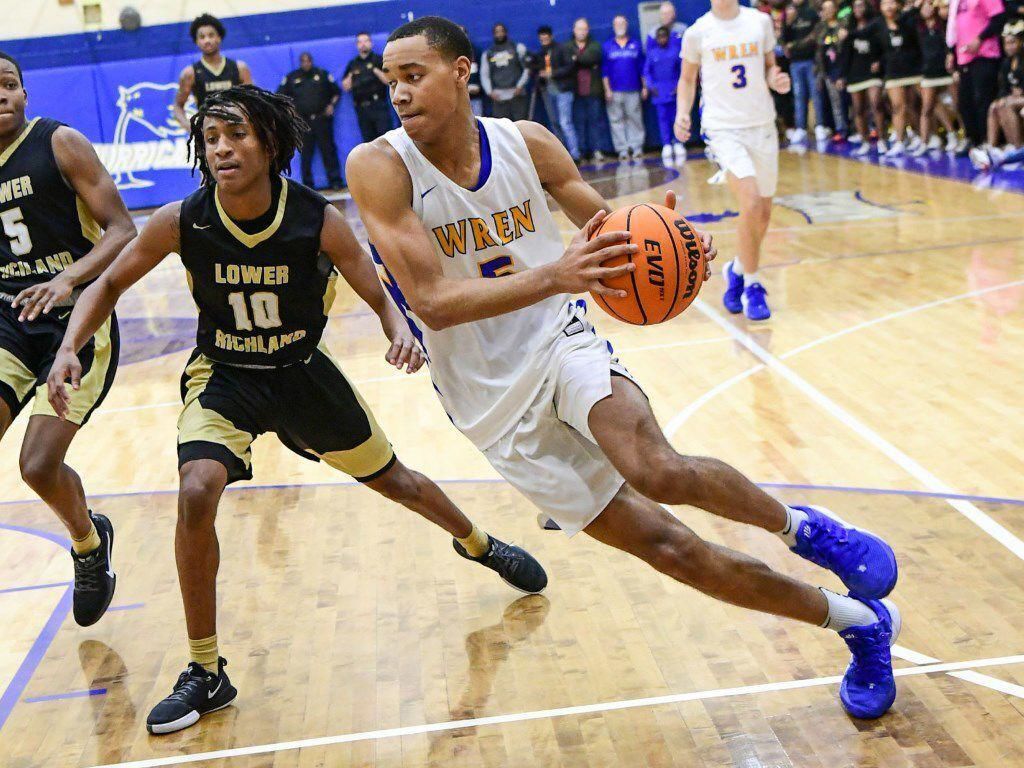 Bryce McGowens became the highest-rated recruit to ever sign with the Nebraska men's basketball program.

Despite just 14 total wins over the past two seasons, the optimism for what lies ahead inside the Nebraska men's basketball program has not wavered.

Even after a disheartening loss to Penn State at the Big Ten Tournament to end a year like no other, Nebraska coach Fred Hoiberg remained bullish on his program's future as it moves into the offseason.

Obviously there are fixes to be made and pieces to be added. Let's take a look at some of the bullet points as NU gets into its offseason routine.

'It was too bad': Huskers crumble in second half as season ends at Big Ten Tournament

What happens now? Well, nothing, for starters. Nebraska took a few well-earned days off after returning from the Big Ten Tournament in Indianapolis. Players, coaches, staff, managers — everyone needs to recharge after NU played 15 games in 32 days to end the season. Even after individual player meetings with Hoiberg, which will take place Monday and Tuesday, there will still be some more time off for the Huskers to catch up on schoolwork and recharge their bodies.

Then the real work begins. Nebraska's players will get back in the weight room. There will almost certainly be attrition, and the players who leave will be replaced by newcomers either out of the transfer portal, or from the high school ranks should the right option become available. It won't be the full-scale overhauls of the previous two offseasons — and it can't be if NU wants to take the next step — but with every player getting a free year of eligibility and a high probability of transfers being immediately eligible next year, there is sure to be some movement.

What will next season's roster look like? Different, certainly. But there will be many more familiar faces in Year 3 of the Hoiberg era. The coach has talked often about the core he expects to return next season, and while he hasn't gone into specifics about who will return and who won't, the majority of NU's rotation this year should be back next season.

"I love our group. I feel like next season is going to be the same core group of guys, and then the chemistry we got there toward the end of the season," junior guard Trey McGowens said. "We'll continue to work, continue to get better. Take a little time off, and (then) this is going to be a big offseason."

Two of the bigger decisions lie with senior Thorir Thorbjarnarson and graduate transfer Kobe Webster, who both have a free year of eligibility if they wish to use it. Also, neither player would count against Nebraska's scholarship limit next season, allowing roster flexibility if one or both return. Each player was at his best at the end of the season, but with a highly regarded recruiting class on its way in, what kind of roles would they have in 2021-22?

What can NU build off of? Despite the grind of the schedule, Nebraska's offense was at its best at the end of the season. NU shot 38% from three-point range over its final six games, a number that would put it in the top 20 nationally over the course of a full season. The Huskers' assists were way up, too. Those things both need to continue next season, and should with what the Huskers will have coming back and what they'll add through recruiting.

Nebraska was quietly very solid on defense, too, and will finish the season with the best adjusted defensive efficiency of any Hoiberg team in the KenPom era (since 2001). The Huskers didn't lock down every opponent every night. But that end of the floor was good enough to at least give NU a chance.

The recruiting class: We've been hearing about them for months now, and Bryce McGowens, Wilhelm Breidenbach and Keisei Tominaga should finally arrive on campus in June. When they do, Nebraska will have one of its best recruiting classes ever — one that ranks third in the Big Ten and is either in or near the top 25 nationally depending on where you look — to blend with its returning players. Those three weren't recruited to sit on the bench. They'll be asked to contribute right away.

The returners: As mentioned above, Nebraska should return most of the major players from this year's team. There's no substitute for experience, especially in a conference like the Big Ten, and the Huskers should have it all over the floor. McGowens, Derrick Walker, Lat Mayen, Eduardo Andre and a host of others all will have a year of experience under their belts after having to figure it out largely on the fly this year.

The fans: Hoiberg said earlier this year that Nebraska is "cautiously optimistic" about having a normal year next season. That would include the return of fans to Pinnacle Bank Arena. Every team wants its home crowd, of course, but Nebraska's up-tempo style, which feeds off energy and momentum, needs the fuel 16,000 in PBA can provide.

Three things that need to be fixed

Consistency: Nebraska has to find a way to play good basketball for longer stretches. Not 20 minutes, nor 25. The Huskers showed flashes of what they could be often enough this season. But too often those flashes faded and NU reverted back to bad habits or went into dry spells. Consistency was the first thing out of Hoiberg's mouth when asked after NU's final game what needed to improve.

"And I think we'll get that. I think we had 40 less practices this year than we had last year. And that matters when you have almost a completely new team," Hoiberg said. "A big part of being more consistent is being on the practice floor, and working on things that you need to improve on."

Shooting: The Huskers got better offensively the longer they were back from their shutdown. That needs to continue. Despite the offensive uptick at the end of the season, Nebraska as of Sunday still ranked just 253rd nationally in adjusted field-goal percentage, 198th in three-point percentage, 272nd in two-point percentage, and 330th in free-throw percentage. If NU is going to operate at the level Hoiberg wants offensively, it simply has to make more shots more often.

Turnovers: They killed NU all season, both before the shutdown and after. A lot of those issues, like the consistency problem, will be fixed by being able to practice on a normal schedule. The Huskers' 380 turnovers were the most in the Big Ten, as were their 14.1 turnovers per game and their 0.97 assist-to-turnover ratio. Hoiberg wants that number to be 10 or fewer turnovers per game. If it doesn't improve next year, it will be hard for NU to take a step forward.

'If we're playing our game, I'll take our chances': Huskers believe as they head to Big Ten Tournament

Nebraska is the the biggest longshot of Power Five schools to win their conference tournament. But a game or two? That's more attainable.

Allen was the only Husker on the first, second, third, or honorable mention teams.

One last go-around on these rankings, ahead of what should be an awesome five-day Big Ten Tournament in Indianapolis. The field features four …

A jagged offseason for his program has only ratcheted up pressure on Husker coach Scott Frost to win at a higher rate in 2021.

Arop, Wood both moving on from Husker hoops, joining Ouedraogo

Nebraska sophomore forward Akol Arop and freshman guard Elijah Wood will both transfer from Nebraska, a source confirmed to the Journal Star o…

Bryce McGowens averaged 21.6 points at Legacy Early College School last season — and now he's up for the national award, too.

Nebraska coach Fred Hoiberg walks off the court at the end of the first half of a game against Maryland on Feb. 17 in College Park, Md.

Bryce McGowens became the highest-rated recruit to ever sign with the Nebraska men's basketball program.