The question of whether Shamiel Stevenson would play basketball this season for Nebraska has been answered.

The NCAA denied Stevenson's waiver for immediate eligibility, the Huskers announced Tuesday. He will sit out the rest of this season and have two seasons of eligibility remaining starting with the 2020-21 season.

According to Nebraska, the NCAA twice denied Stevenson waivers. After an initial waiver request was denied, NU filed a request for "reconsideration" of the waiver, which was also denied. Then, on Monday, Stevenson and Nebraska staff were part of a telephonic appeal hearing, and that appeal was also denied.

"I am disappointed and hurting for Shamiel,” Nebraska coach Fred Hoiberg said in a news release. "We believed we presented a strong case on his behalf. We appreciate all the hard work that Jo Potuto and our compliance staff put into advocating for Shamiel."

A 6-foot-6, 245-pound guard-forward from Toronto, Stevenson originally joined Nebraska in May after transferring from Nevada.

Stevenson began his career at Pittsburgh, where as a freshman he averaged 8.5 points and 4.4 rebounds per game. He then transferred to Nevada four games into his sophomore season after Pitt made a coaching change. After sitting out the rest of last season at Nevada, Stevenson transferred to Nebraska after then-Wolf Pack coach Eric Musselman left to take the Arkansas job.

"Although this is a setback for Shamiel, we feel confident we can continue to provide him an opportunity to have a successful year developing alongside Derrick Walker and Dalano Banton," Hoiberg said. "We had a similar situation in Ames with four sit-out transfers in my first season at (Iowa State) and every one of them made major contributions the following season in helping us start our run of NCAA Tournament appearances.”

Stevenson, Banton and Walker all figure to play large roles for Nebraska next season, with all three likely pushing for starting roles. The trio will fill one of the biggest voids facing this season's Nebraska team — a lack of size and rebounding prowess.

Nebraska got outrebounded again, and missed a bunch of free throws, again. But the Huskers shot the cover off the ball again, too, using a big second half to pull away for an 82-71 win Monday over Washington State in the first round of the Cayman Islands Classic.

Jervay Green said what everyone was thinking.

At one point early in Friday night's men's basketball game against Southern, it looked like the threat of Nebraska pushing the pace offensivel…

From shown up to showing out, Huskers rally to knock off Southern in overtime

Nebraska rallied from an eight-point, second-half deficit to force overtime, then put on a show in the extra period to beat Southern 93-86.

The Nebraska men's basketball team got a waiver approved, just not the one most fans were hoping for.

When he was at Iowa State, Fred Hoiberg was one of the first college basketball coaches to fully embrace the use of the transfer market to hel…

George Mason led for 36 minutes of game time and answered every Nebraska charge in the second half before pulling away for an 85-66 win Tuesday in the semifinals of the Cayman Islands Classic.

The Nebraska men's basketball team earned its 74-67 win over South Florida on Wednesday, using a renewed attitude and good energy to outlast t…

Generally, the overriding emotion when you're on a tropical vacation is squarely in the area of relaxed.

A look at starter stats and what to expect as the Huskers play Georgia Tech at the Big Ten/ACC Challenge. 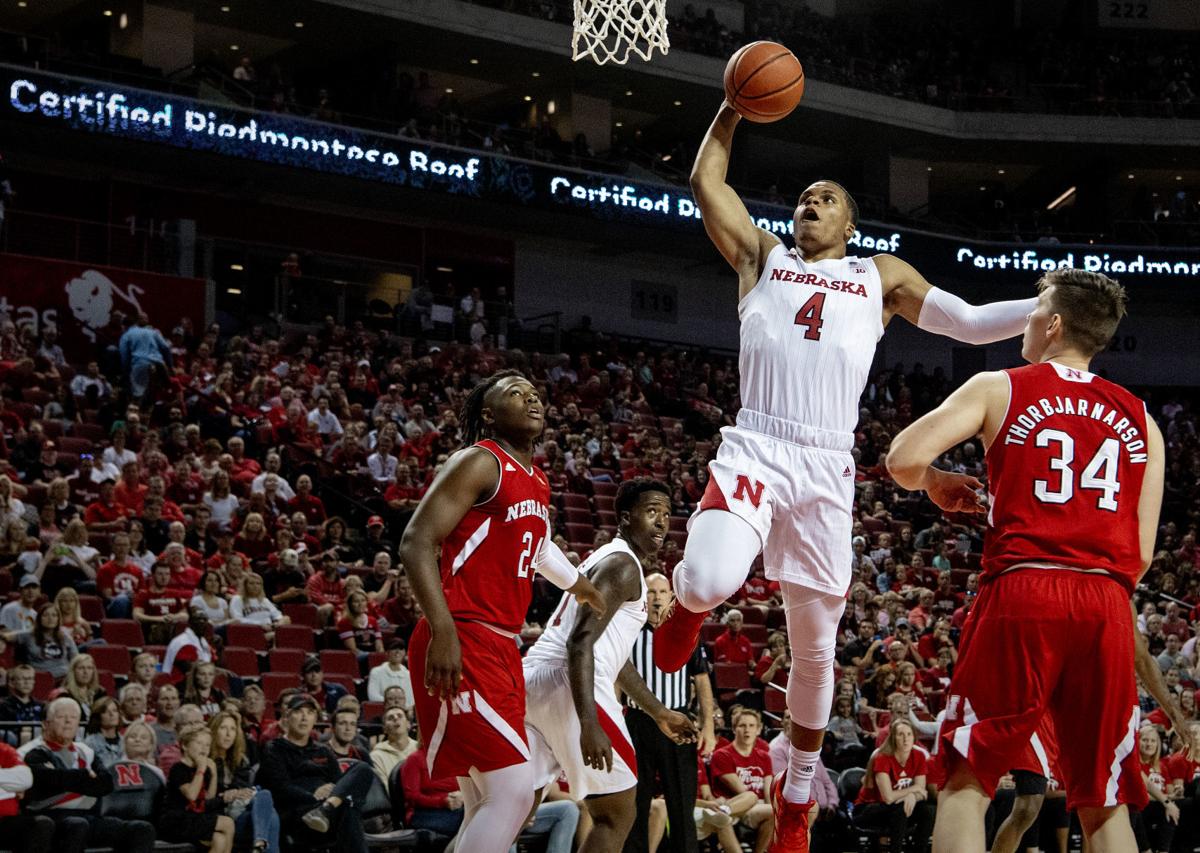 Nebraska's Shamiel Stevenson (4) elevates for a first-half dunk during a scrimmage at the Opening Night event on Sept. 27 at Pinnacle Bank Arena. A transfer, Stevenson will not be eligible to play until next season. 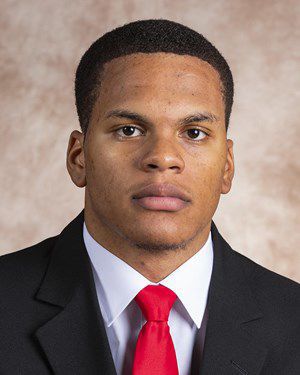