'I knew Nebraska was the spot': Huskers dip into transfer portal to added former top-25 prospect Keon Edwards
0 comments
Share this
{{featured_button_text}}
1 of 2 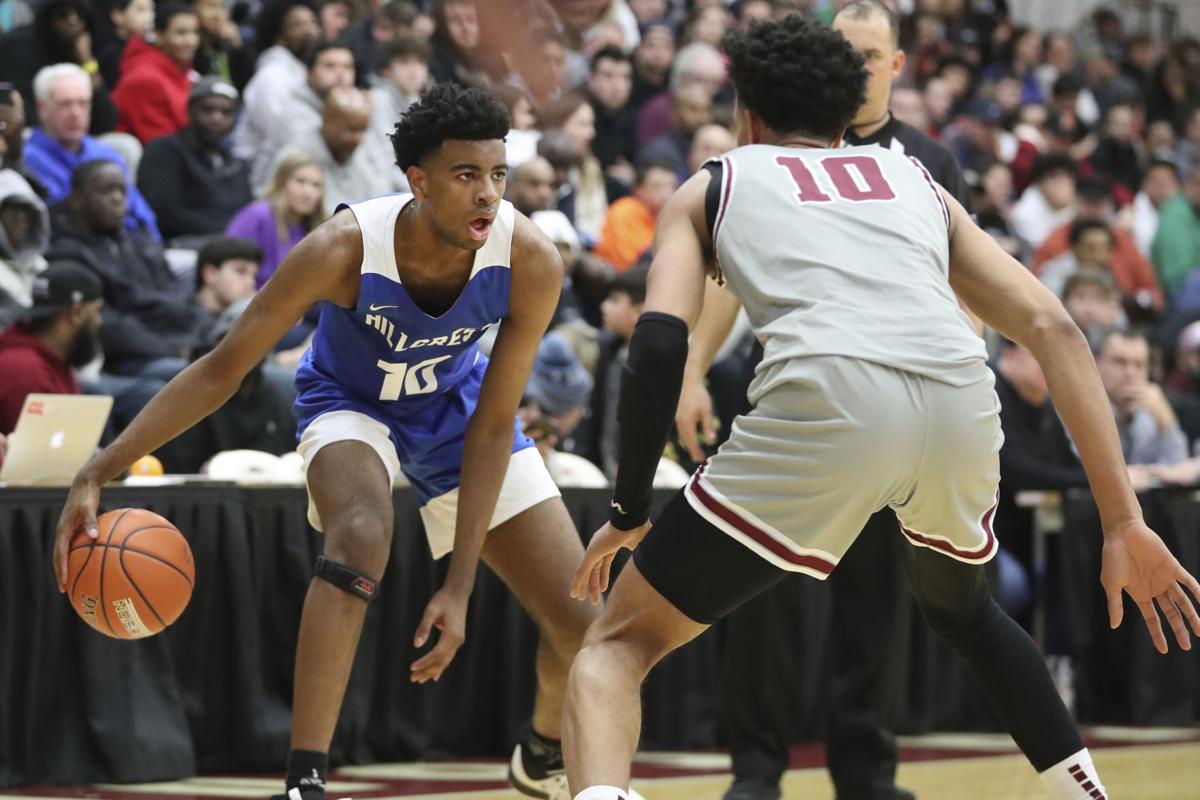 Keon Edwards, here with Hillcrest Prep in Arizona, began his collegiate career at DePaul before announcing his intentions to transfer to Nebraska. 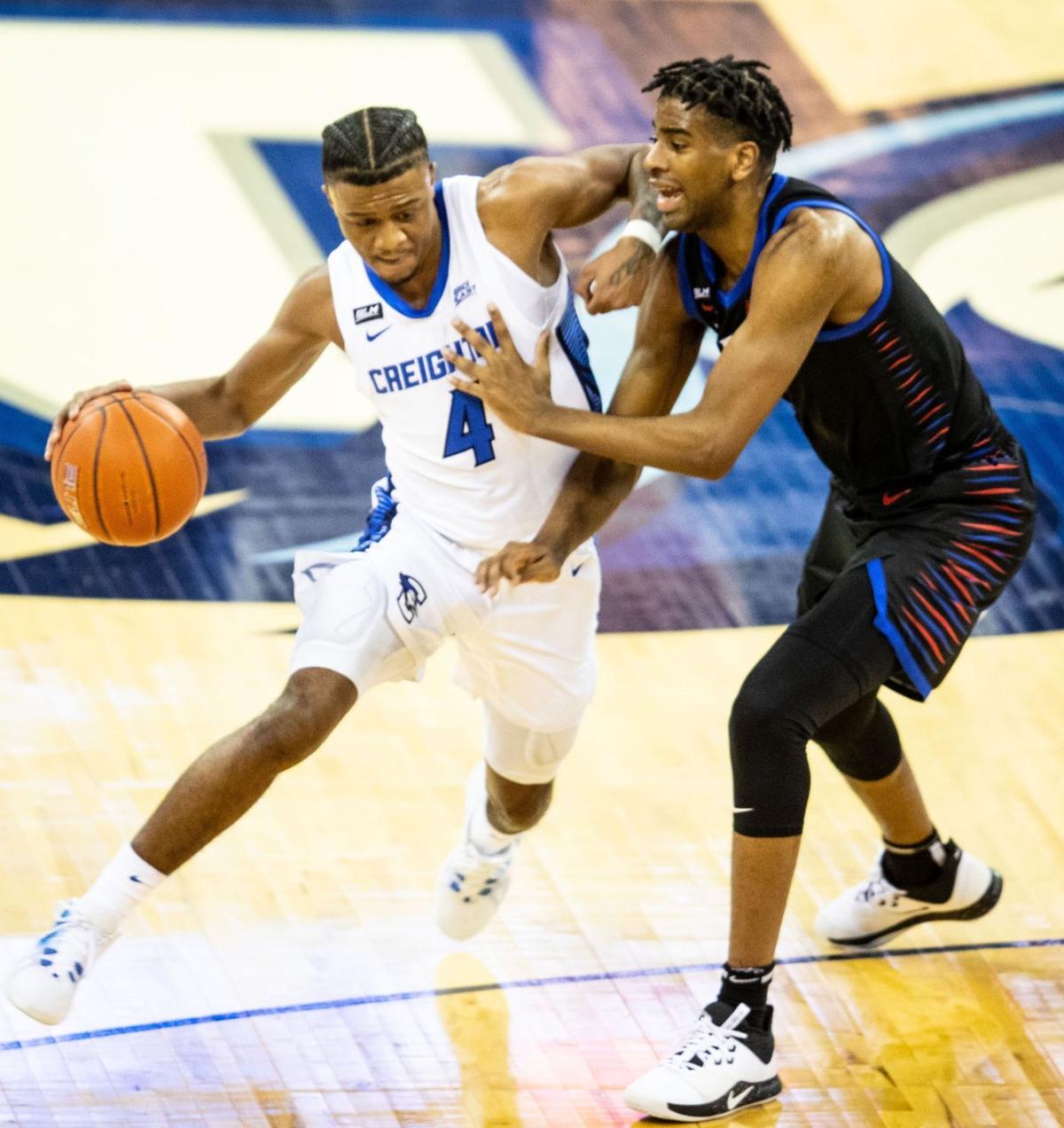 The COVID-19 pandemic forced Keon Edwards' hand when it came time to take the next step in his basketball career.

Now, the Nebraska men's basketball team is reaping the benefits of a season thrown out of whack by the events of the past 13 months.

Dipping into the transfer portal for the second time this offseason, the Huskers came up with another versatile piece with the addition of Keon Edwards, a transfer from DePaul, who announced Saturday he was committing to the Huskers.

A 6-foot-8, 185-pounder, Edwards slots as a two-guard or small forward and fits the mold of the multidimensional threat NU coach Fred Hoiberg has charged assistant Matt Abdelmassih with bringing into his system.

"I'm a true 6-8 guard, and (the coaches) have told me that opens up a lot of doors for me as far as playing time goes," Edwards said Saturday. "Because they play four perimeter players, and that means with my versatility, I can play the 2 through the 4."

Edwards was originally a 2021 prospect, and a highly ranked one at that. The native of Pasadena, Texas, was a top-25 player nationally in the 2021 class when he committed to DePaul.

But with his high school season on shaky ground, Edwards reclassified to 2020 and joined the Blue Demons in December of last year. Even after reclassifying, he was a consensus top-100 player in the 2020 class.

"I knew that with COVID and everything, my high school season, there would be a lot of questions and postponements, and stuff like that," Edwards said. "And I knew that to maximize my talent, the biggest thing for me would be strength and just getting in better shape and maximizing my athletic abilities.

"In a college program (I could do that), and I felt like I got what I needed out of it."

With the extra year of eligibility given to all college athletes, Edwards will, essentially, be a true freshman when he arrives in Lincoln this summer. But he'll get to Nebraska with the benefit of understanding how a college program operates and the work required to make progress at the next level.

It's a similar scenario to the one faced by Nebraska women's basketball player Kendall Coley, who graduated from high school in mid-January and joined the Huskers shortly after the high school season in Minnesota was delayed because of the pandemic.

"It definitely makes me feel more prepared," Edwards said. "Because I know what the grind of a college season takes, and the toll it takes on your body and stuff like that."

Combined with joining DePaul late and the disjointed 2020-21 season, Edwards played in just five games for DePaul for a total of 39 minutes. He scored nine points and grabbed four rebounds in his limited action.

Edwards entered the transfer portal March 30 after DePaul coach Dave Leitao was fired. As with many of Nebraska's additions, he is familiar with Nebraska's coaching staff. The Huskers offered Edwards a scholarship back in November of 2019, not long before he committed to DePaul.

"I knew Nebraska was the spot for me because I had a great relationship with the coaches initially before I even came to DePaul and decided to reclass up," Edwards said. "So in the initial recruiting process, I had a great relationship with them. And then Coach Hoiberg, him being someone who's been in the NBA in every capacity, I feel like since that's my goal with basketball, who else to help me get there than him?"

In his final season of high school basketball, Edwards attended Hillcrest Prep in Arizona, where he averaged 14.3 points, 5.5 rebounds, 2.6 assists, 2.4 steals and 1.9 blocks per game in 18 games. He graduated early from Hillcrest, allowing him to join DePaul in December.

Edwards' addition leaves Nebraska with one open scholarship for the 2021-22 season.

Sam Hoiberg was Pius X's leading scorer (14.9 points per game) as the Thunderbolts went 18-4 and played in the state tournament this season.

Keon Edwards, here with Hillcrest Prep in Arizona, began his collegiate career at DePaul before announcing his intentions to transfer to Nebraska.