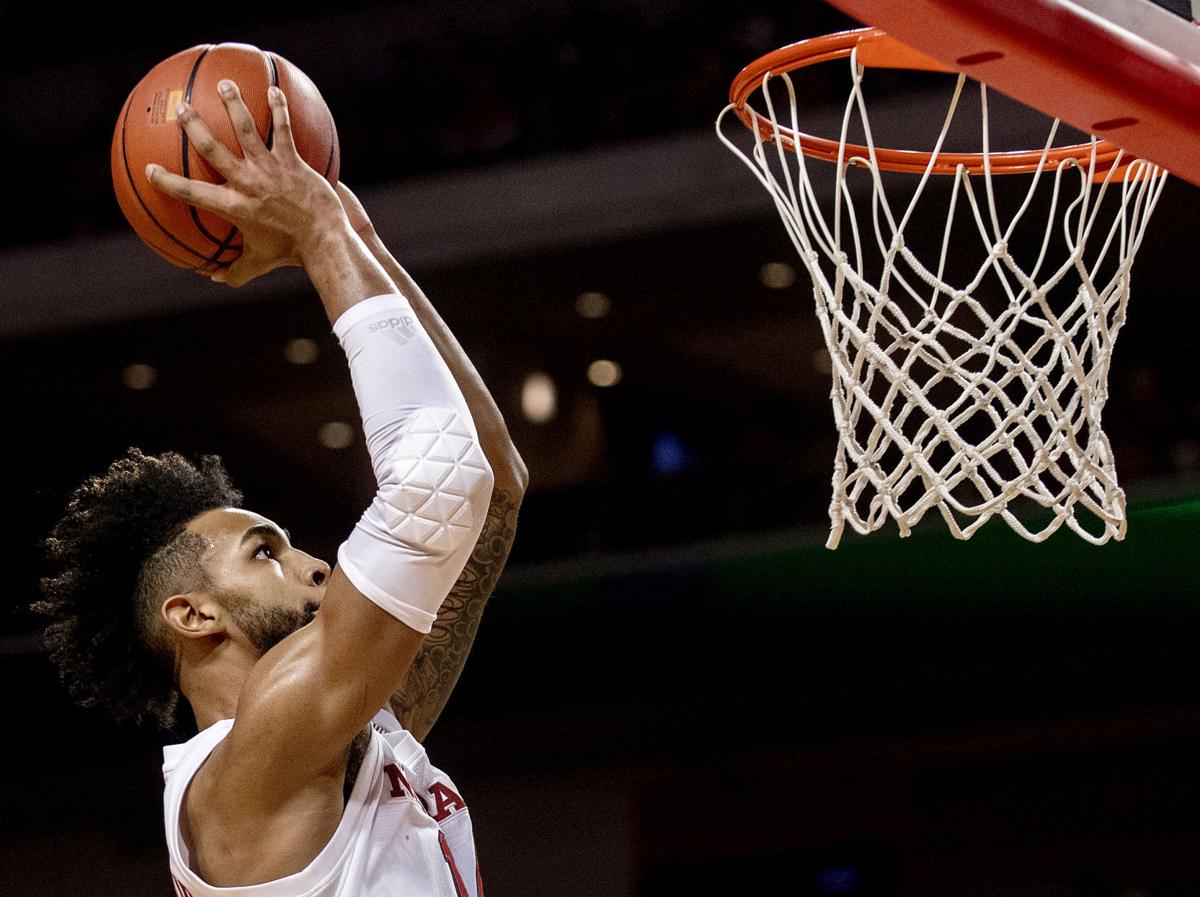 Nebraska's Isaac Copeland drives to the basket for a second-half dunk against Cal State Fullerton on Saturday at Pinnacle Bank Arena. Nebraska won 86-62. 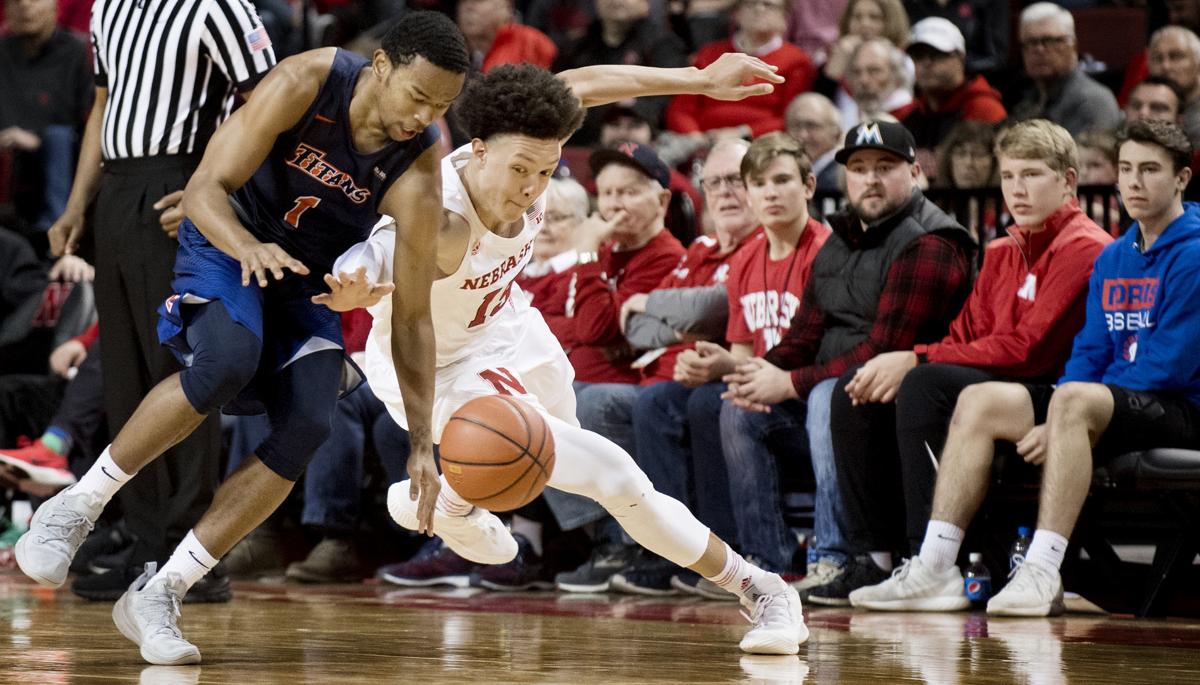 A pretty pass from Glynn Watson to Isaac Copeland led to a two-handed transition jam and gave a sleepy Pinnacle Bank Arena crowd a reason to get on their feet.

It was one of the few highlights in an otherwise businesslike win for Nebraska, which went into the Christmas break with an 86-62 win over Cal State Fullerton Saturday afternoon.

That the No. 25-ranked Huskers (10-2) seemed to mostly go through the motions and still cruise to a double-digit victory perhaps says something about how this version of NU basketball is different from previous vintages that got tripped up in games similar to this one.

"We started off slow, but we picked it up and came out with the win. We're just glad to be able to go home (for Christmas), so we got it done," senior guard Glynn Watson said. "It's hard, because we haven't played in a week or so ... But Coach Mo (Jim Molinari) did a good job with showing us the scout. Everything went good and we came out with the win, so that's all that matters."

The Huskers never trailed, led by 11 at halftime, and quickly extended the lead to 20 less than five minutes into the second half.

In other words, they did exactly what their coach wanted.

"I wanted to see us be able to go out and play well, build a lead, win a game, and nobody gets hurt," NU coach Tim Miles said. "So I think that happened."

It was never pretty — the smaller Titans (3-9) outrebounded Nebraska 49-38 and outscored the Huskers 38-22 in the paint as NU missed 14 free throws, but the Huskers did what more talented teams do while playing for just the second time in the past 14 days.

Nebraska forced 16 turnovers and outscored Fullerton 30-12 from three-point range and 24-8 at the free-throw line.

Playing in front of one of the largest holiday-break crowds (13,349) in PBA history — having a top-25 product to put on the floor will always help attendance — Nebraska never trailed.

James Palmer led NU with 23 points, 20 coming in his first 22 minutes on the floor.

After attempting four shots and one free throw against Oklahoma State, Roby attempted 13 shots and was 9-for-16 at the free-throw line against Fullerton.

Roby’s final points came on a three-pointer off an assist from Watson — Watson’s career-best 10th assist of the game. The senior also had 10 points to finish with a double-double.

Akenten was in the starting lineup for the second straight game, in place of Allen. Allen didn’t enter until the 14:12 mark of the first half, as Thorir Thorbjarnarson relieved Akenten before Allen got on the court.

Miles said Allen was late to a meeting, which led to him coming off the bench for the second straight game after illness forced him to miss practice in the days leading up to the Oklahoma State matchup.

"Just a mistake. Everybody makes them," Miles said. "So it kind of messed with our rotations a little bit, but when we got our normal rotations out there, I thought we were able to perform really well."

With another full week before their next game, the Huskers will scatter across the country over the next few days to spend time with their families.

Then, it's back to work. Southwest Minnesota State will round out the nonconference schedule, then it's on to the meat grinder of Big Ten play.

Breaking down the Titans before Saturday's game against Nebraska.

Prolific Green lighting up juco opponents, ready to make a splash for Huskers

Getting buckets has never been a problem for Jervay Green.

It's likely to go down as one of the signature plays of Nebraska's season, no matter what may happen in the next few months.

Tim Miles will always have a soft spot in his heart for Southwest Minnesota State.

Nebraska's Isaac Copeland drives to the basket for a second-half dunk against Cal State Fullerton on Saturday at Pinnacle Bank Arena. Nebraska won 86-62.