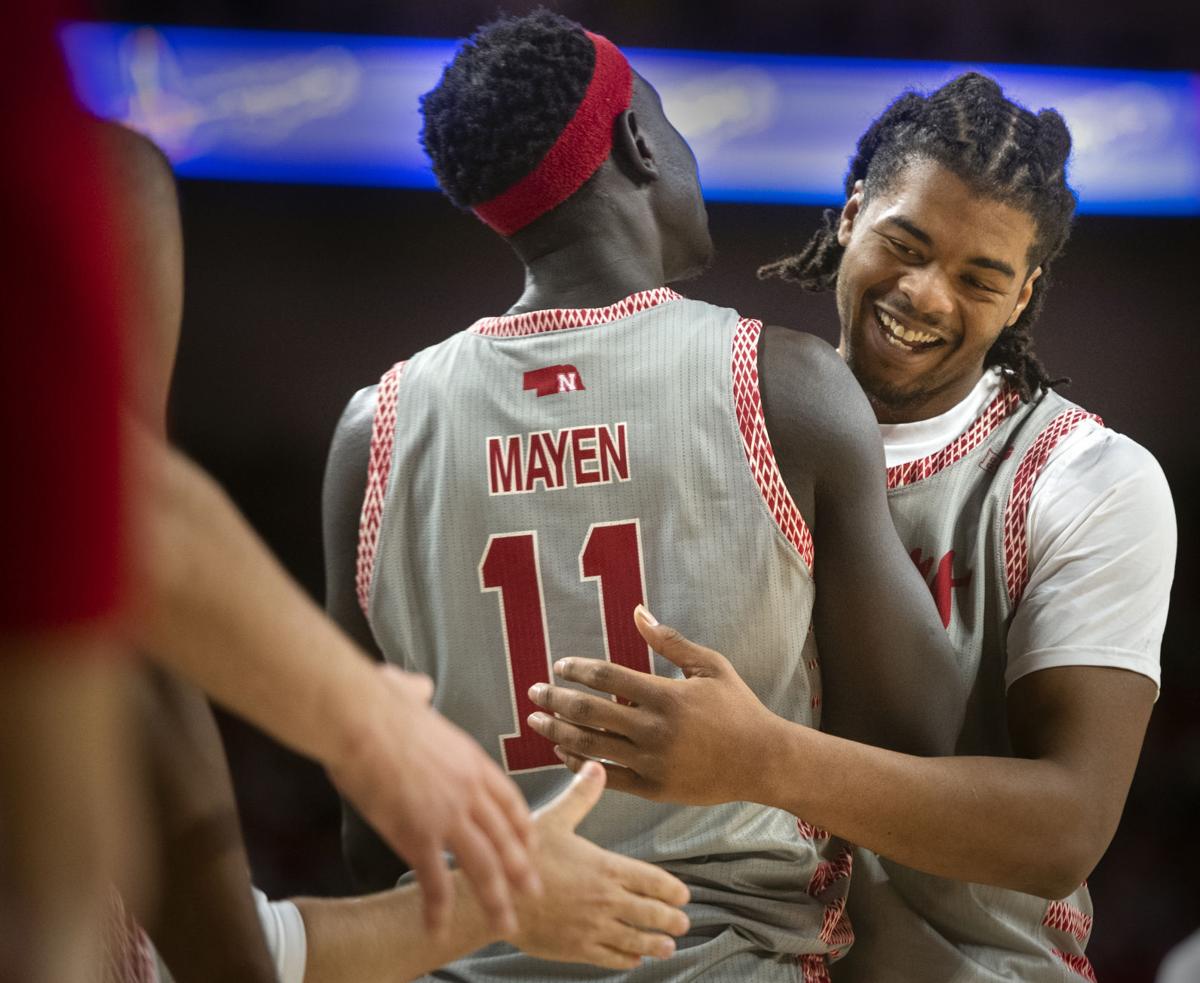 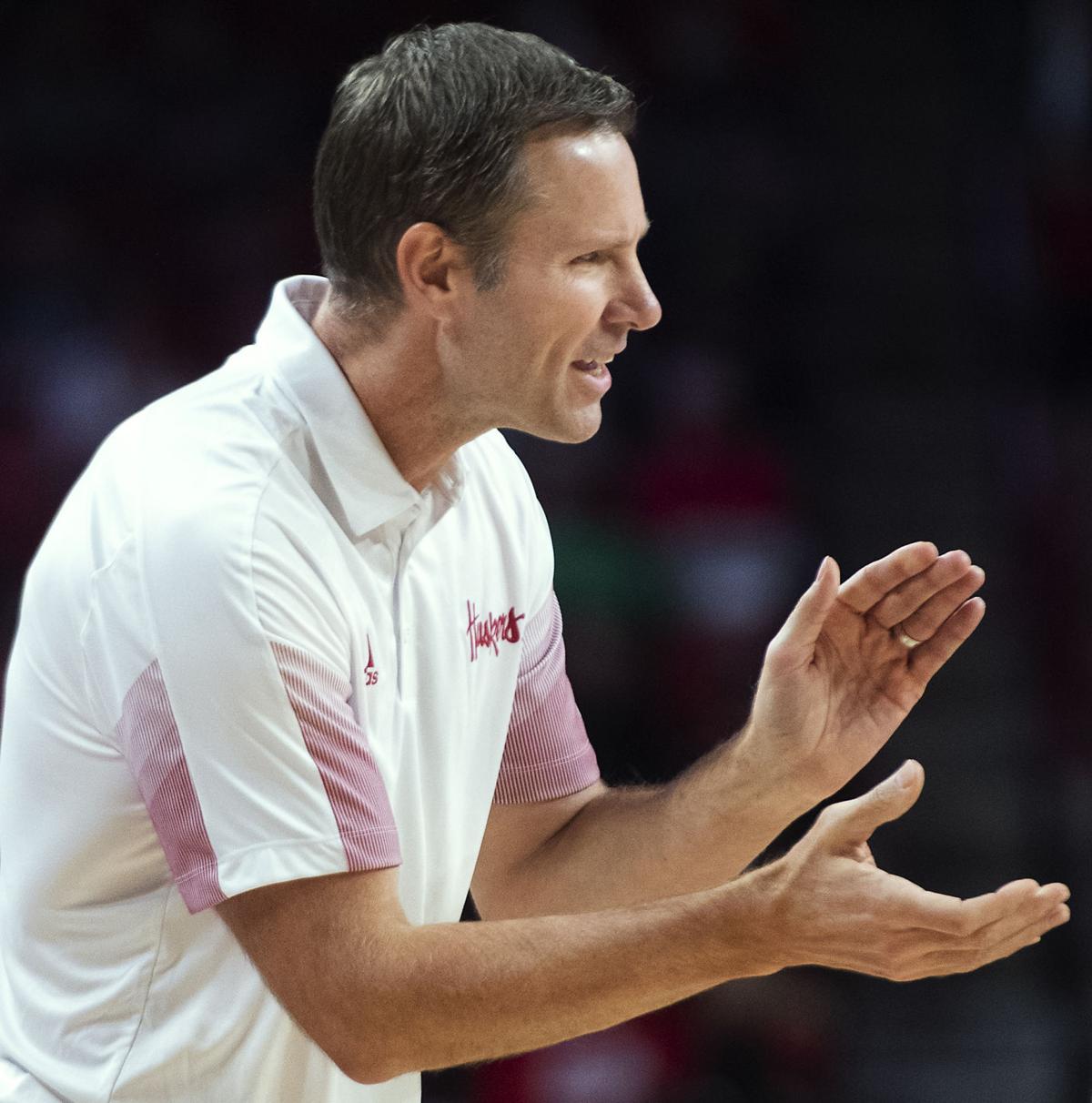 Nebraska men's basketball coach Fred Hoiberg said several of his players are dealing with a viral infection this week.

It hasn't been perfect, but the Nebraska men's basketball team has shown progress in the early portion of a schedule designed to allow the Huskers to do just that.

Now NU will take its show on the road for the first time this season, with an opportunity to see just how real that progress is.

Tipoff against North Carolina State at PNC Arena in Raleigh, North Carolina, is set for 6:15 p.m. Wednesday. The contest is a part of the Big Ten/ACC Challenge.

After using its last four games to build confidence and put together the program's first four-game winning streak since 2018, Nebraska now sets its sights on improving an unsightly road record under Fred Hoiberg.

The Huskers are 3-25 away from Lincoln in Hoiberg's two-plus seasons, with two of the wins coming in the neutral-site Cayman Islands Classic in 2019.

NU's only true road win under Hoiberg came last season at Penn State, a 62-61 victory thanks to Teddy Allen's game-winner with 12 seconds left.

"Our guys are excited to get out and play in this event. And our big thing is just continue to build. I feel much better about where things are right now compared to where they were early in the season after the first couple games, and we just have to keep making progress," Hoiberg said. "I've been proud of our guys for buying into everything we've been talking about, and getting better in a lot of areas where we need to improve."

Nebraska (5-2) is coming off perhaps its most complete performance of the season, an 83-70 win over South Dakota in which the Huskers led by as many as 23 in the second half.

It's a good time for NU to be playing well, as Wednesday's game against the Wolfpack (5-1) is the first of five straight against power conference foes, with two of those games coming against Big Ten opponents Indiana and Michigan.

"We're all excited to play against some high-level competition. No disrespect to the team's we've played, but it's — you get into conference play, and you play some SEC, ACC teams, so we're excited for that," Wilcher said. "I just think you have to be a little more locked in. There's certain things you can't give up because the teams are getting better. So it's more being locked in and turning things up."

The 6-foot-3, 199-pounder, who joined the team in May, has yet to appear in a game this season, is part of a deep backcourt that has left minutes hard to come by.

"I could have put him in for a couple games, a couple minutes at the end, garbage minutes, but to me, it's more valuable, and in talking to him, more valuable, as of right now, at least, to save that year," Hoiberg said.

The Queens, New York, native, who spent last year at Link Year Prep in Missouri, will have four years of eligibility remaining starting next season.

Tickets for all of Nebraska’s Big Ten matchups against Michigan, Ohio State, Illinois, Indiana, Wisconsin, Rutgers, Northwestern, Minnesota, Maryland and Iowa will be available, as well as additional tickets for the nonconference games against Kansas State and Kennesaw State, which fall during UNL’s holiday break.

Prices range from $7 to $25, with 100-level student seating available for select games. There is a limit of six tickets per game. To purchase tickets, visit Huskers.com/tickets or call the Nebraska Athletic Ticket Office at 800-8-BIGRED during business hours (8 a.m.-5 p.m. Monday-Friday).

Bryce McGowens is starting to put together well-rounded stat lines as he becomes more comfortable. Also, who's the team's "Mr. Reliable?"

The Huskers were forced into a series of one-day preparations for each of the past three opponents. Heading into Sunday, it feels a little more fresh.

A near fight. Ejections. Trailing by nine points, then leading by 14 late. Nebraska's quadruple-overtime game at NC State had almost everything.

The Huskers will play their most physical group to date, and Chris Basnett writes the two offenses should make for an "aesthetically pleasing" game.

Good defense not enough as cold shooting again bogs down Huskers: 'We just could not convert'

The ice-cold offensive effort wasted a good defensive day from the Huskers, who held Indiana to 40% shooting from the floor.

At practice on Sunday, the Nebraska coach climbed a ladder and placed two basketballs inside the hoop as part of a visualization exercise.

We take a closer look at the Nebraska men's basketball team's matchup against Michigan on Tuesday.

Nebraska men's basketball coach Fred Hoiberg said several of his players are dealing with a viral infection this week.