Trump, speaking live on coronavirus, puts Pence in charge of US control effort

Husker hoops in search of dudes, transfers and otherwise, as roster build commences
View Comments
Share this
{{featured_button_text}}
1 of 2 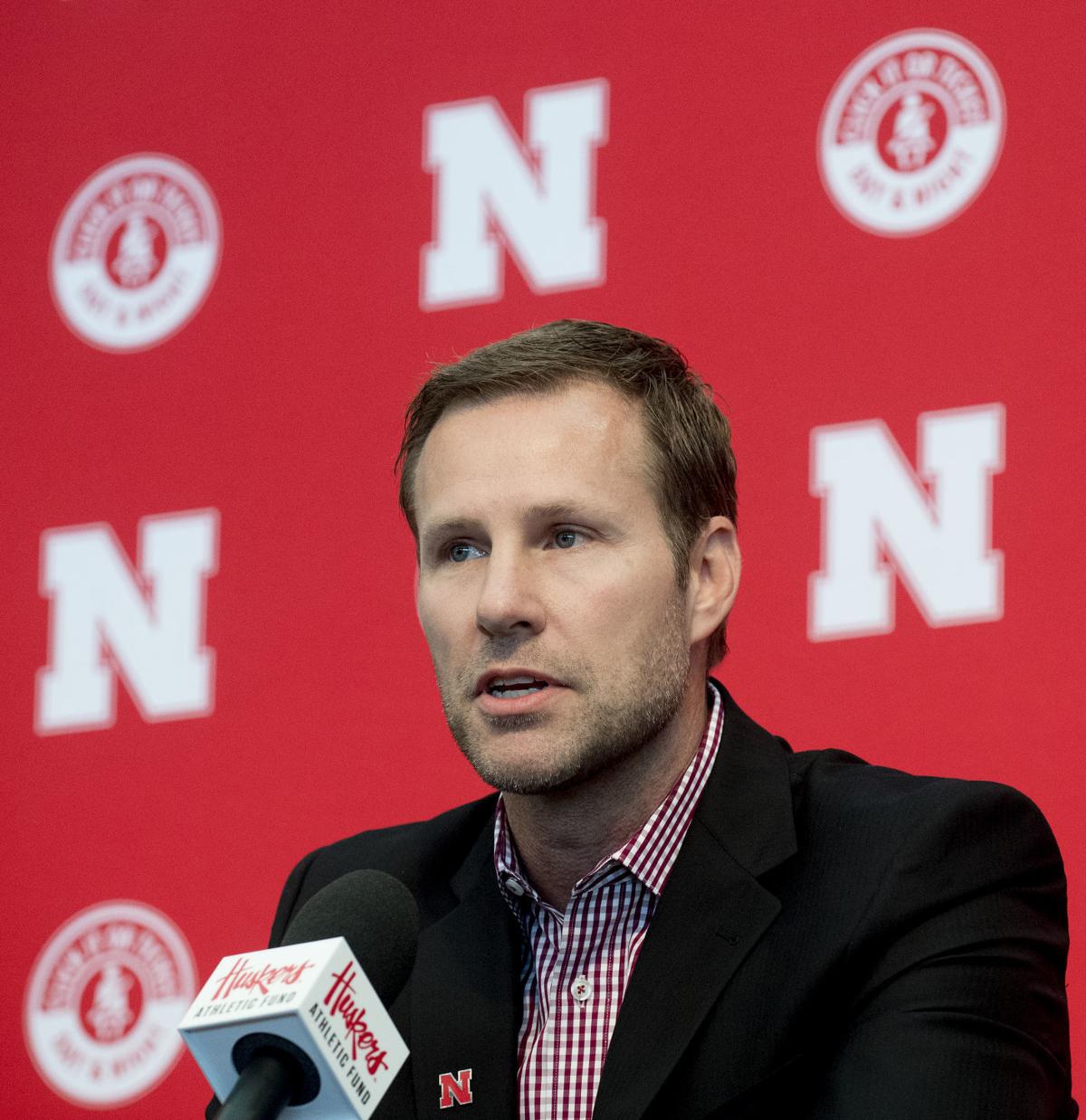 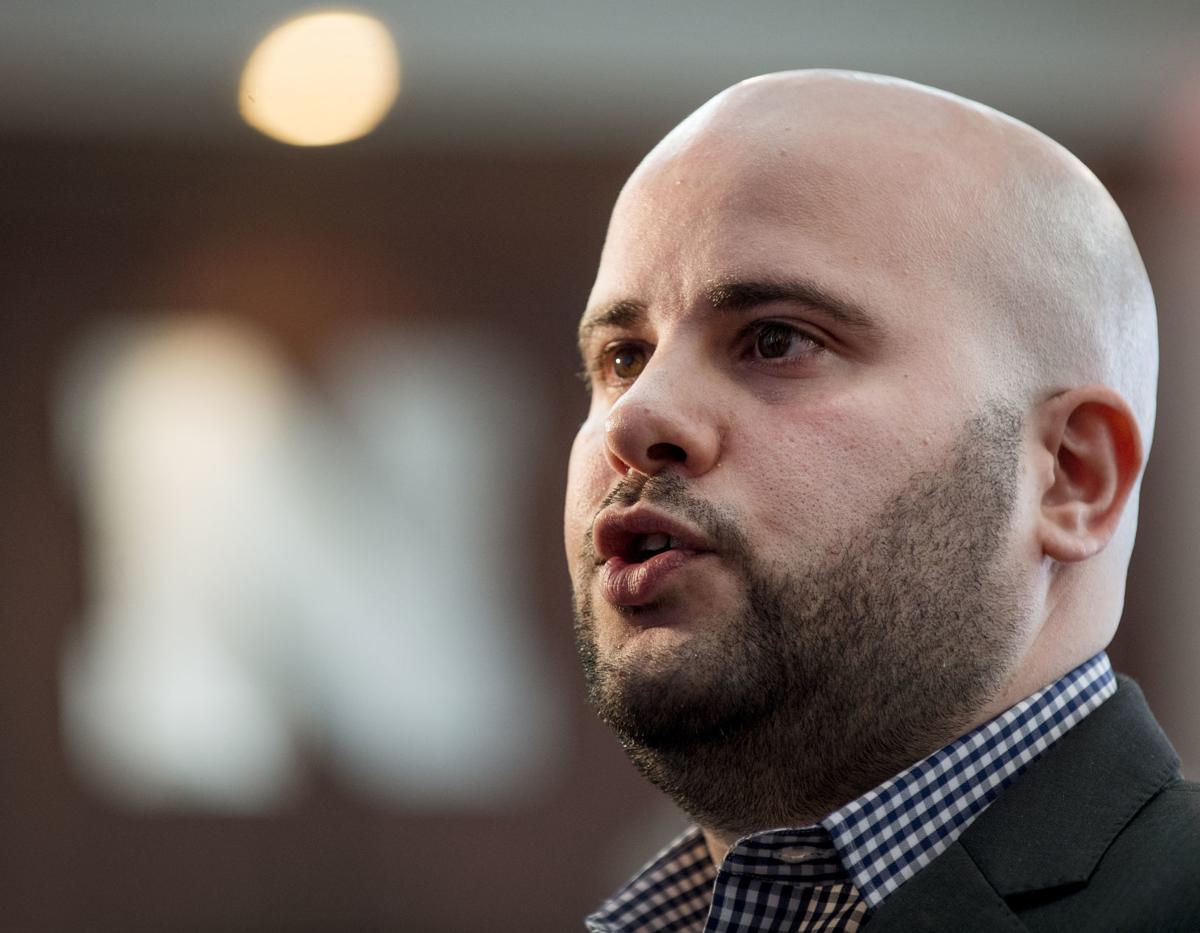 New Nebraska men's basketball assistant coach Matt Abdelmassih talks with reporters on Tuesday at Memorial Stadium. Abdelmassih, who worked with Fred Hoiberg at Iowa State, reunites with the coach after working as an assistant at St. John's.

No matter what style of basketball you want play, you better have the dudes to play it.

The Nebraska basketball team needs dudes, both to fill out its roster for the upcoming season and to reach the heights Fred Hoiberg is being paid handsomely to take the program. And Hoiberg and the men who will do most of the heavy lifting for him on the recruiting side would rather not wait long to see results.

"Get some ballers in here, that’s for sure," NU assistant Matt Abdelmassih said of Nebraska's plan for the 2019 recruiting class. "Get some athletes that fit the way we want to play. I feel really good today on where we’re at making progress with getting kids that can help us win. Of course, what we’re inheriting is somewhat of a blank canvas, and it might not work perfect, but we certainly are going to put together the best team possible to where we can go out and compete."

There's a reason Abdelmassih, at $380,000 annually, is Hoiberg's highest-paid assistant and makes more than some of his better-known counterparts in the football office, among them Mario Verduzco, Travis Fisher and Ryan Held.

"He’s one of the most important hires I’ve ever made," Hoiberg said at Nebraska's football spring game. "He does such a good job connecting with kids and getting our foot in the door with some really high-level players."

Abdelmassih and Armon Gates are charged with putting the pieces in place to start building a Husker roster that, as of Saturday, had four open scholarships, and potentially more pending the decision of junior forward Isaiah Roby on whether to turn pro or stay in school, and other potential attrition.

What this staff does have is a blueprint.

Like they did at Iowa State, Nebraska's coaches are mining the transfer and junior college markets for players that can help immediately and a year from now.

The experience those players have helps, Abdelmassih said, but there are other important reasons.

"Certainly one thing I’ve always done, every year I’ve been in college basketball, at the bare minimum we have always taken two sit-out transfers. It balances out the roster really well. You’re not going to make more than nine to 10 players happy (with playing time), so 10 eligible players is always something that you really want to try and lock in on," Abdelmassih said. "It’s also important when you take a sit-out transfer that they’re not going on that journey themselves during the sit-out year. Because it is a very lonely one. And to have multiple guys sitting out that can be there with each other, definitely, to me, has shown a lot of promise and upside."

In the current landscape of college basketball, where the transfer portal will likely swell to well more than 800 players by mid-May, teams are foolish to ignore that pool of talent, Abdelmassih said. Having worked in a NBA front office with Hoiberg, Abdelmassih made an apt comparison between acquiring players in the pro game and in college.

"When somebody says they don’t deal with transfers, that’s like neglecting free agency in the NBA — you’re not building your entire roster off of the draft (or high school players at the college level). And if you do, you better get really lucky," Abdelmassih said. "So we’re certainly not going to neglect it. It will be a huge part of what we’re trying to do here, as long as I’m working here."

As of Friday, Nebraska had already scheduled official visits with six NCAA Division I transfers and two junior college guards, with more likely getting lined up in the coming days and weeks. The Huskers already have a reaffirmed commitment from juco guard Jervay Green. They'll host another juco guard, Cam Mack, next weekend.

There's also work getting done on the high school recruiting route. Nebraska, as of the end of last week, had offered 32 prep players in four different recruiting classes. NU is swinging big, too. Dior Johnson, a guard in the 2022 class, is one of the highest-rated players in the nation.

The hope is that, much like what happened at Iowa State, the Huskers build quickly in Years 1 and 2, and the ensuing success helps build inroads to a higher level of recruit.

"Our first year at Iowa State was such a significant year for us, because we laid our foundation on how we wanted to play, and what our philosophy would be recruiting-wise. And being .500 that year at least gave us the opportunity that we knew we could make that jump," Abdelmassih said. "Not to say that our goal was to finish .500 by any means, but the goal is to make sure we make our mark where people know what the path is going to look like for us to get this place to the top of the conference."

Getting to the top of the Big Ten won't be easy. Nebraska's best teams under Tim Miles never finished higher than fourth, and this season's team, thought to be the best in years, slipped to 13th.

But if Nebraska can find the athletes, Abdelmassih is convinced the Huskers can make the jump.

"All the teams that I’ve been a part of, we’ve typically had, at the bare minimum, four guys on the court that were some of the best athletes on the floor out of the 10 that were playing," Abdelmassih said. "Shot-making ability is huge; you’ve got to be able to stretch the floor. Having five guys on the floor that can shoot, make threes, is something that we’re certainly going to focus on."

Donovan Williams had a wide-open lane to the basket in his AAU game this past weekend in Arkansas, and when the Husker commit and Lincoln Nort…

The Nebraska Athletic department has played a part in flood recovery efforts, raising money for those affected by last month's setbacks.

After years of keeping in touch and talking ball, Lutz excited to be reunited with Hoiberg

Bobby Lutz and Fred Hoiberg are cut from the same basketball cloth offensively and now the pair are reunited again with the Huskers.

Fred Hoiberg and Matt Abdelmassih make a perfect match. They first met when both were a part of the Minnesota Timberwolves' front office, Hoiberg as the assistant general manager and Abdelmassih a guy just getting his start in big-time hoops. Some 10-plus years later, they've become close friends.

Former Nebraska head coach Doc Sadler says NU athletic director Bill Moos, in four or five recent conversations, convinced him the Husker men's basketball program has what it takes to win in the NCAA Tournament, something Doc didn't do at NU. "So why not come be a part of it?" said Sadler, hired by Fred Hoiberg as an assistant.

NU assistant Gates interviewed on the fly; is thrilled to stay on as part of Hoiberg's staff

The Nebraska men's basketball team has added a Slovenian sharpshooter to its roster.

After a trying spring, Burke ready to step in as leader for Husker hoops

It hasn't been an easy ride for Dachon Burke, a 6-foot-4 guard. But with a new coaching staff and a refreshed perspective after a year of watching, Burke is ready to step into what looks like will be a critical role for Fred Hoiberg's first Nebraska team.

Junior college star Cam Mack, the No. 2-rated juco player in the nation, announced Saturday night on Twitter that he had signed with Husker hoops.

Hoiberg still settling in, but confident in direction Husker hoops is heading

While he's yet to settle into a house in Lincoln, Fred Hoiberg is at least comfortable with Nebraska basketball's progress in putting together…

New Nebraska men's basketball assistant coach Matt Abdelmassih talks with reporters on Tuesday at Memorial Stadium. Abdelmassih, who worked with Fred Hoiberg at Iowa State, reunites with the coach after working as an assistant at St. John's.