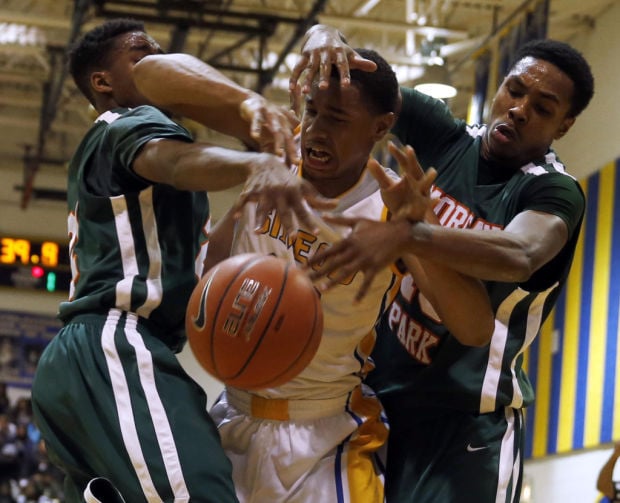 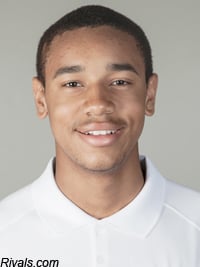 Ed Morrow Jr. figures he may need to invest in a cellphone by the time his senior year of high school begins this fall.

Morrow, so far, hasn’t seen the need. His parents, saying it’d be nothing but a distraction, never allowed him one as a youth.

Truth be told, Morrow can’t disagree with their reasoning.

“I see a lot of kids being in school and pulling their phones out. It’s a big distraction,” he said. “It was really never my plan, but in the end it worked out for me, because I never had that distraction put in place for me.

“At this point in time, I really wouldn’t care if I had one or not.”

“I don’t social network at all,” Morrow said. “There’s really nothing wrong with it, but sometimes, most of that stuff gets to you. It gets in your head. Sometimes it might be something positive, make you feel good, but you don’t want to get a big head about any of those things.

Just last weekend, Morrow, a rising basketball recruit from Chicago, heard plenty of positive feedback after making some noise with his AAU team, the Mac Irvin Fire, at the Nike Elite Youth Basketball League session in Minneapolis. He averaged 15 points and 8.2 rebounds, with nine blocked shots, in five games.

So what happens when Morrow, who attends high school at Simeon Career Academy, hears from college coaches?

That business is currently done through the phone of his father, Ed Morrow Sr.

Business, by the way, that figures to be increasing sharply.

“I probably will have a phone here pretty soon,” the younger Morrow said, “with the recruiting and stuff going on, so I can get more hands-on with the coaches and stuff going into my senior year.”

Nebraska head coach Tim Miles and assistant Kenya Hunter are among those coaches seeking Morrow, a forward who’s among Nebraska’s top targets for the 2015 recruiting class. The Huskers will have at least three scholarships to fill, and currently have no commitments.

“The one I usually talk to the most, I can say, is Kenya Hunter,” Morrow said. “I hear from Coach Miles a lot as well, but Kenya Hunter is the one who started recruiting me. Great guy. He seems real enthusiastic about getting me down there.”

Morrow said he’s “an open book” in recruiting, that he has no favorites, no list and no timetable for a decision.

Perhaps, he said, he’ll begin “narrowing some stuff down” over the summer. Maybe after he returns from Dubai, where his high school team will be playing June 15-25. Or after camps. Or after his next AAU tournament in July.

“I really haven’t settled on anything,” Morrow said, “because school’s still going on, and there’s so much going on.”

But as Morrow’s height goes up, so, too, could that list.

Morrow, who recently turned 17, said he’s still growing, that he’s gone from 6-foot-6 at the start of last season, to his current 6-7½. Both measurements, he said, are without shoes.

“I still feel like my body is still developing and growing up and maturing,” said Morrow, who weighs about 215 pounds. “When I was born, my parents told me the doctor said I would be 6-11. From the looks of it now, my younger brother, he’s going to be way taller than me. He’s in second grade, and he’s already past my waist.”

Morrow impressed onlookers last weekend with his aggressiveness in attacking the rim; he reportedly had seven dunks in one game.

“The best part of my game is being able to get that ball and facing up to the rim and creating a shot, taking people off the dribble, beating my man with my first step,” Morrow said. “I’m more of an around-the-basket player, midrange, and I can take you off the dribble from the perimeter and stuff like that.”

Morrow said he needs to improve his decision-making, particularly in transition, and wants to work on expanding his shot.

Morrow is familiar with Nebraska, and the city of Lincoln. His parents are both former Husker athletes — Ed was a member of the 1992 Nebraska football recruiting class, and his mother, the former Nafeesah Brown, was a first-team All-Big Eight forward on the women’s basketball team in 1993-94.

Yes, Morrow said, his parents have encouraging, positive things to say about Nebraska and their time at NU.

They also stress to him that this is his decision, not theirs.

Morrow lived in Lincoln until age 10, when his family moved to Chicago. He’s returned for two unofficial recruiting visits, meaning he paid his own way. One occurred last summer and the other was in April, when he and his parents attended the football team’s Spring Game.

“I was able to see the facilities and the upgrades and the fans, and you get to see the town itself and how it’s just building and building, from the time I was there as a child,” Morrow said. “It’s a big difference going there now.”

Morrow said he’s very interested in studying engineering, noting that many people on his father’s side of the family have been carpenters. He’s even helping build houses as part of a class at Simeon, and has also shadowed architects in downtown Chicago.

But when Morrow grabs his dad’s cellphone these days, designing buildings usually isn’t at the forefront of the conversation.

The most popular question Morrow is asked?

Don’t underestimate the power of Nebraska’s academic success when it comes to recruiting.