It's already been a historic season for the Nebraska men's basketball team, mostly because of what hasn't happened, as the Huskers await a schedule and their first game since March.

Now, it's historic for a reason that will make NU much happier.

Without even stepping foot on the court, the Huskers had one of the biggest days in program history Friday when they picked up their first-ever commitment from a five-star high school prospect. South Carolina guard Bryce McGowens gave his pledge to NU on social media around mid-day.

"I believe that signing Bryce changes the whole trajectory of our program," NU coach Fred Hoiberg said in a news release. "He is the centerpiece of what I believe is the strongest class that Nebraska basketball has ever signed. Since I've been here, we have talked about building a program that can have sustained success, and adding a player of Bryce's caliber shows that we are building something special here."

McGowens is already officially a Husker. He also signed his national letter of intent Friday morning.

"I chose Nebraska because of how much trust I have in the program and the coaching staff. Coach Hoiberg has a proven track record of getting guys ready and helping them get to the NBA," McGowens said. "Also, having an opportunity to play with my older brother (Trey, a junior at NU) is a once-in-a-lifetime opportunity."

The 6-foot-6, 175-pound McGowens is ranked as the No. 23 player nationally by Rivals, No. 26 by 247Sports and No. 25 in the 247Sports composite rankings. ESPN lists him as the No. 33 player in the class. He is, by far, the highest-rated high school player to sign with Nebraska in the recruiting service era (since 2002).

McGowens' commitment moved Nebraska's 2021 class to No. 24 nationally according to 247Sports, and No. 27 according to Rivals.

"It shows that Nebraska can compete for some of the top players in the country," Hoiberg said. "It also says a lot about the type of person that Bryce is. He wanted to go to place where he can create a legacy and help Nebraska basketball reach new heights."

McGowens’ commitment comes a little more than a month after another highly rated prospect pledged to NU. Wilhelm Breidenbach, ranked No. 133 by Rivals, No. 88 in the 247Sports composite and No. 53 by ESPN, committed to Nebraska on Oct. 1 and signed earlier this week.

Along with McGowens, that gives Hoiberg and lead recruiter Matt Abdelmassih two of the three highest-rated recruits the Huskers have landed in the recruiting service era, and in the same class. Former NU guard Glynn Watson was ranked No. 73 by ESPN, No. 76 by 247Sports and No. 82 by Rivals when he committed to the Huskers in 2014.

McGowens, who decommitted from Florida State on Oct. 8 and reopened his recruitment, included the Huskers in his final five schools along with the Seminoles, LSU, Michigan and Georgia. That list was later trimmed to two, with NU winning out over Georgia for McGowens' services.

"It's been a great journey so far, from the early mornings to the late nights and supporting family and friends keeping me going," McGowens said. "They all believe in me and see something special in me. Journey isn't done yet."

While they play different positions, McGowens' rankings are similar to those of former Husker Isaac Copeland, who was a five-star prospect in high school before starting his career at Georgetown and later transferring to Lincoln.

As a high school senior, Copeland was rated No. 23 by Rivals, No. 29 by 247Sports and No. 24 in the 247Sports composite. After coming to Lincoln, he was arguably the team’s most consistent performer, averaging 13.3 points and about five rebounds per game over two seasons.

Nebraska had a couple of built-in advantages in recruiting McGowens, who averaged 25.3 points, 6.4 rebounds, 3.1 assists, 2.0 steals and 1.5 blocks per game as a junior last season for Wren High School in Piedmont, South Carolina.

His older brother, Trey, was granted immediate eligibility for the 2020-21 season just more than a month ago. That ruling means Trey McGowens will be a senior next season, with the chance to play college ball with his little brother for one year. It will be the first time the two have been teammates since they were kids.

Nebraska was in contact with Bryce McGowens almost as soon as he decommitted and conducted a virtual meeting with him just days later. The Huskers have stayed in constant contact with him ever since.

And going back further, McGowens was one of the first players Nebraska's new staff offered after coming to Lincoln, getting a scholarship offer from NU on April 6, 2019, less than a week after Hoiberg was hired at NU.

Throw in Husker freshman Elijah Wood being a good friend of McGowens, and the Husker coaching staff had plenty of help in convincing him to come to Lincoln.

Nebraska currently doesn't have any open scholarships for 2021, but Big Ten rules allow teams to oversign by one player in each recruiting class. With the attrition that happens every offseason in college hoops, finding a place for McGowens on the roster won't be an issue.

These things have a way of working themselves out, as those in the business like to say. And when a five-star says he’s ready to join your team, those things tend to work themselves out a little easier than normal.

After getting letters of intent from Keisei Tominaga and Wilhelm Breidenbach, Nebraska also learned Wednesday that Bryce McGowens, a five-star, top-25 national recruit, would choose between the Huskers and Georgia on Friday.

The event, which begins Nov. 25, will be played at Pinnacle Bank Arena and the Devaney Sports Center. As of now, only PBA will allow fans.

No season tickets to be sold for Husker men's hoops this season as pandemic leaves attendance, schedule in flux

Nebraska instead plans to offer single-game ticket options if the league changes course from football, which doesn't allow spectators.

The Golden Window Classic, a multiple-team men's basketball tournament set for Pinnacle Bank Arena later this month, will be held without fans.

The Huskers added an immensely talented player Friday, one with legitimate NBA aspirations.

The entire 2021 Division I men's basketball tournament will be played at one site, the NCAA announced Monday morning.

'We're just doing the best we can': Huskers focus on themselves, wait for schedule as season closes in

Nebraska coach Fred Hoiberg is still using phrases such as "relatively confident" and "working out the details" when asked about a schedule.

Nebraska's schedule is yet to be released, but Hoiberg said NU and Creighton have been "working towards" playing.

The schedule features two sets of "collapsible byes" during the weeks of Jan. 18-21 and Jan. 25-28, along with Feb. 22-25 and March 1-5, to allow flexibility should games need to be rescheduled. 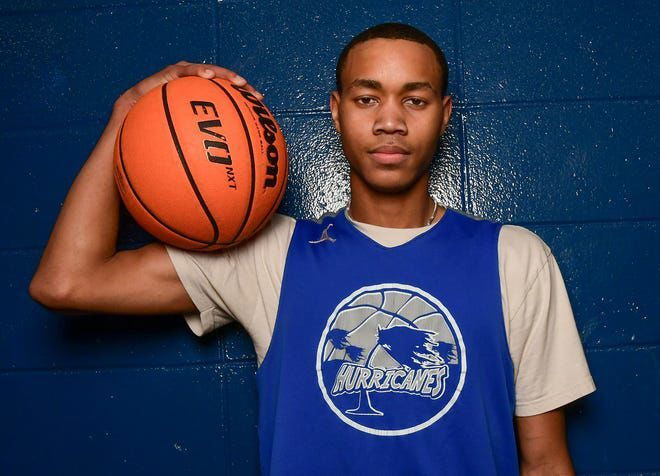 Bryce McGowens is a five-star basketball prospect out of South Carolina. McGowens signed his national letter of intent with Nebraska on Friday.