As the Nebraska men's basketball team prepares for its first road trip after a three-week COVID-19 pause, the Huskers will head to Michigan State without a pair of staff members.

Assistant coach Doc Sadler and special assistant to the head coach Bobby Lutz will not travel on road trips for the remainder of the season in an effort to protect the health of both men.

"Just because of the importance of trying to keep everybody healthy and minimize the risk as much as possible," NU coach Fred Hoiberg said Friday. "I just told Doc, 'Don't watch "The Bachelor" on Monday.' Make sure he watches the game."

'There's no textbook on how to do this': Pietig helps lead Husker hoops in fight against COVID-19

'This thing's the real deal': Hoiberg recounts early days of being hit hard by COVID-19

Because of their ages, Sadler, 60, and Lutz, 62, have a higher risk of suffering more severe symptoms from the virus than others in the program.

Both coaches will be able to share their thoughts during Nebraska's games, relaying messages to a staffer on NU's bench who will then pass the thoughts on to Hoiberg during timeouts.

"Right now it's not worth it to me to have extra risk involved with guys that are in high-risk categories," Hoiberg said.

Sadler and Lutz also have been arriving at the Hendricks Practice Facility just before NU starts practice, and leaving immediately after practice in another effort to minimize any potential exposure.

Hoiberg said he and assistant coach Armon Gates will handle the walk-through Saturday before NU plays Michigan State, and those two also will run the practice and walk-through for Nebraska's Monday game at Minnesota.

Nebraska will travel directly from East Lansing, Michigan, to Minneapolis to play the Golden Gophers.

Hoiberg said Nebraska's coaches continue to wear masks during practice. As for the members of the program who have already contracted the virus, Hoiberg said those people don't have to test for 90 days.

The Huskers have 30 Tier 1 individuals — players, coaches, staff members and others who have regular contact with the team — who test daily. Of those 30, about half have already contracted the virus.

While building up physically, Husker hoops must also overcome the mental fatigue of pausing for COVID-19

Ramping back up in the Big Ten will tax NU's lungs and legs in a way no other season before has. But that's just one piece of the equation.

Shutting down season never discussed, Hoiberg says, as Huskers gear up for NBA-like schedule to make up lost games

The Huskers will press on, with the goal of playing 15 games in about 32 days, according to head coach Fred Hoiberg.

Husker Extra Podcast: Another busy offseason week for Husker football — and hoops is back to work

Ride into the weekend with the latest episode of the podcast, which is highlighted by reaction to Scott Frost's wide-ranging Thursday conference.

Back to action against Michigan State, Husker hoops will see where it stands coming out of COVID-19 shutdown

Nebraska will face the prospect of an NBA-like schedule this month as it returns to action.

The way the Huskers lost to the Spartans in their return from a 27-day, coronavirus-forced layoff looked a lot like the defeats that came before.

Next step in Husker hoops' reintroduction comes Monday at Minnesota

The team flew directly from East Lansing, Michigan to Minneapolis on Saturday night, landing around 11 p.m. in minus-11 degree weather.

Fred Hoiberg wasn't kidding when he said recently Nebraska will launch into an NBA-like schedule. Here's a look at the changes.

Without Allen, cold-shooting Huskers fall to Gophers in Minnesota 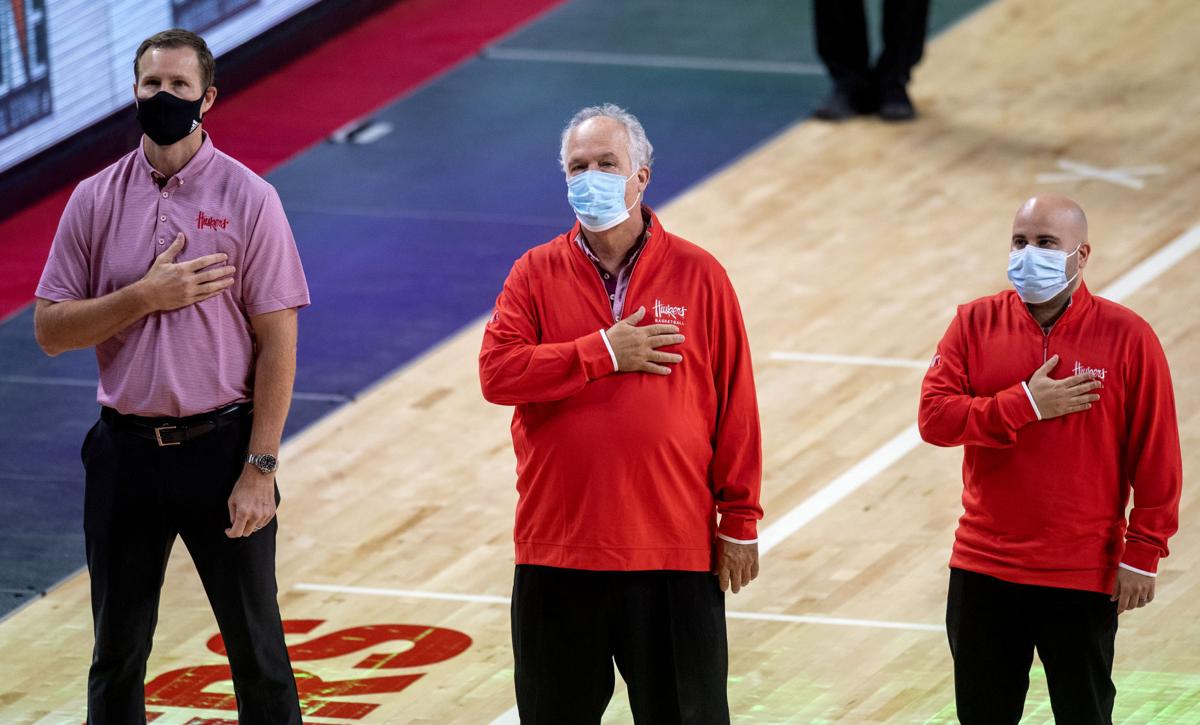 Nebraska head coach Fred Hoiberg (from left) stands for the national anthem with Husker assistant coaches Doc Sadler and Matt Abdelmassih before a game earlier this season. Sadler and special assistant Bobby Lutz won't travel with the Huskers on road trips for the remainder of the season to protect their health. 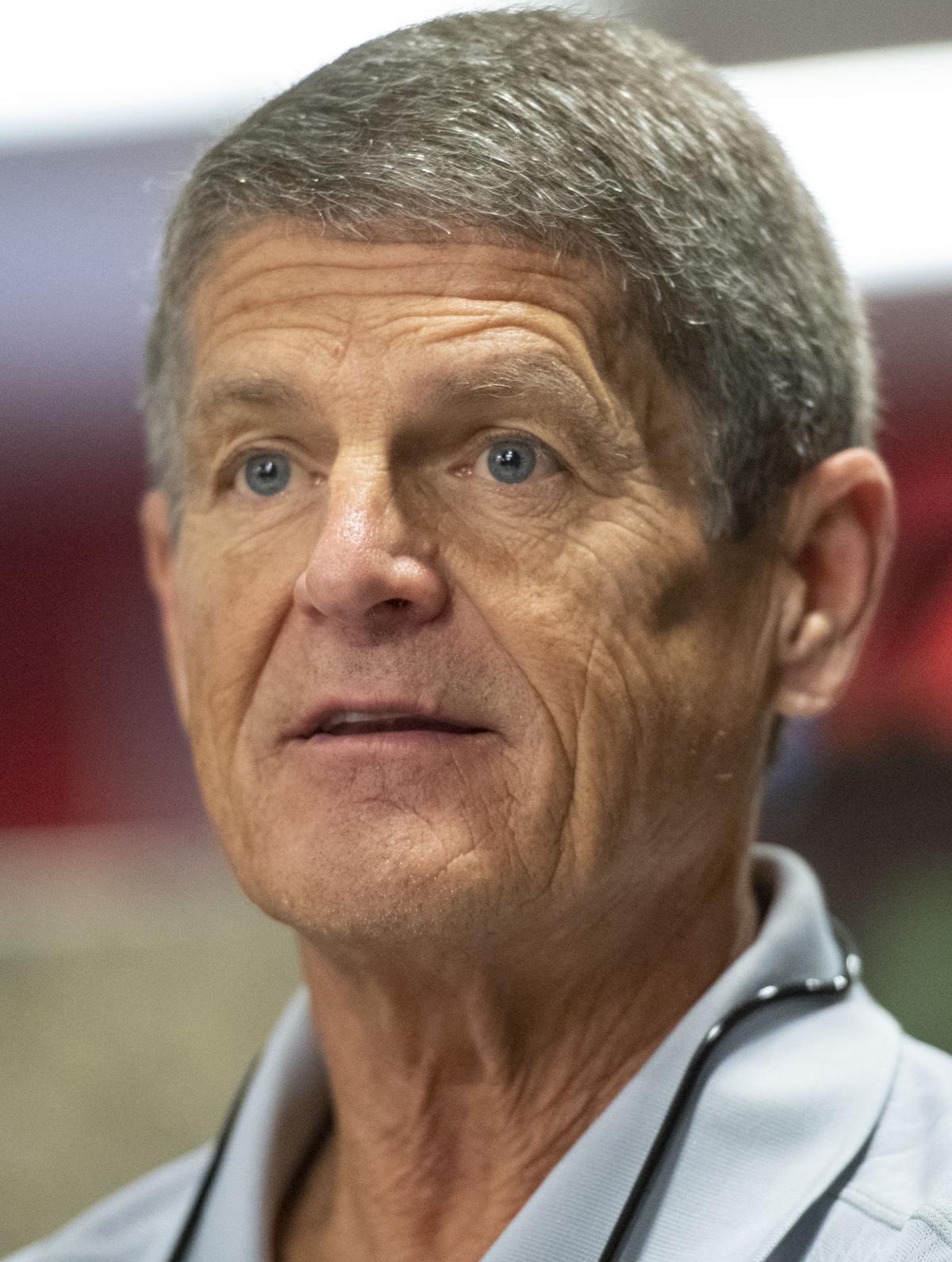