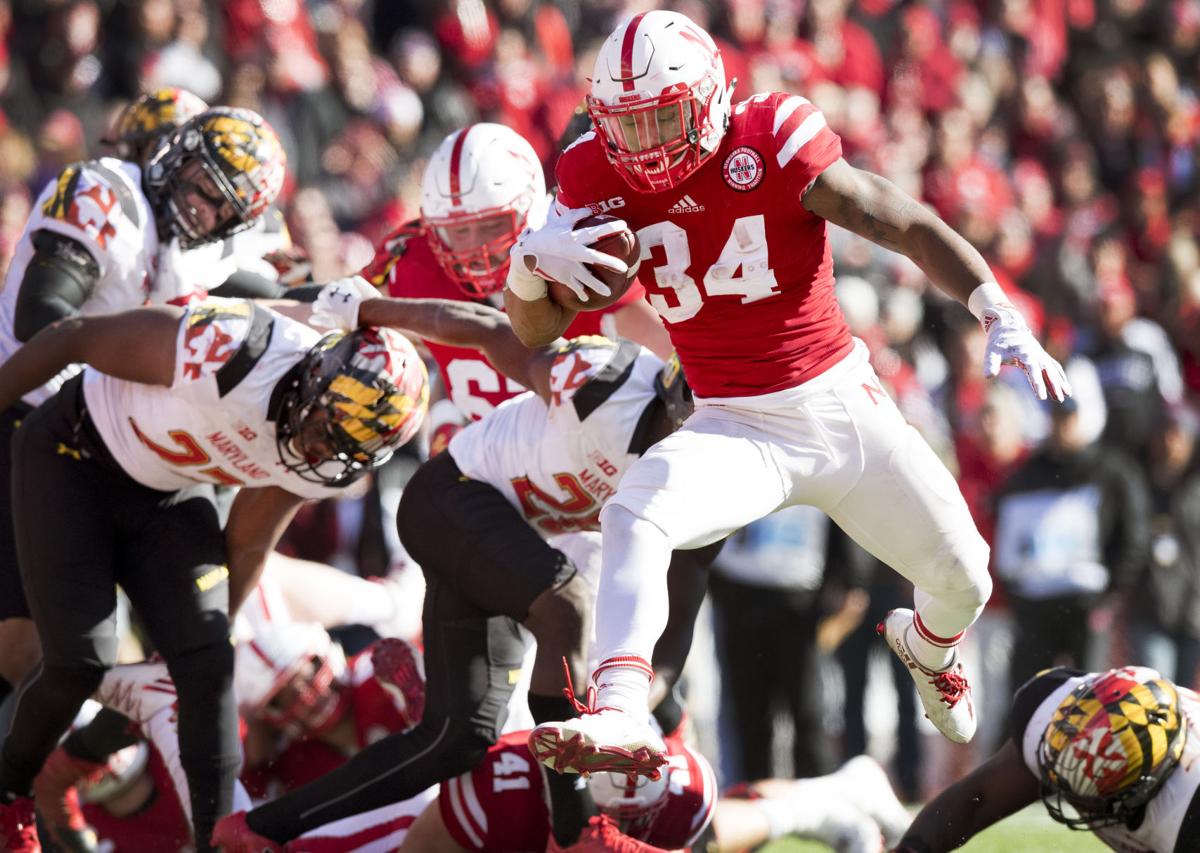 Nebraska running back Terrell Newby (34) leaps over the defense into the endzone for his third-quarter score against Maryland at Memorial Stadium on Saturday, Nov. 19, 2016. 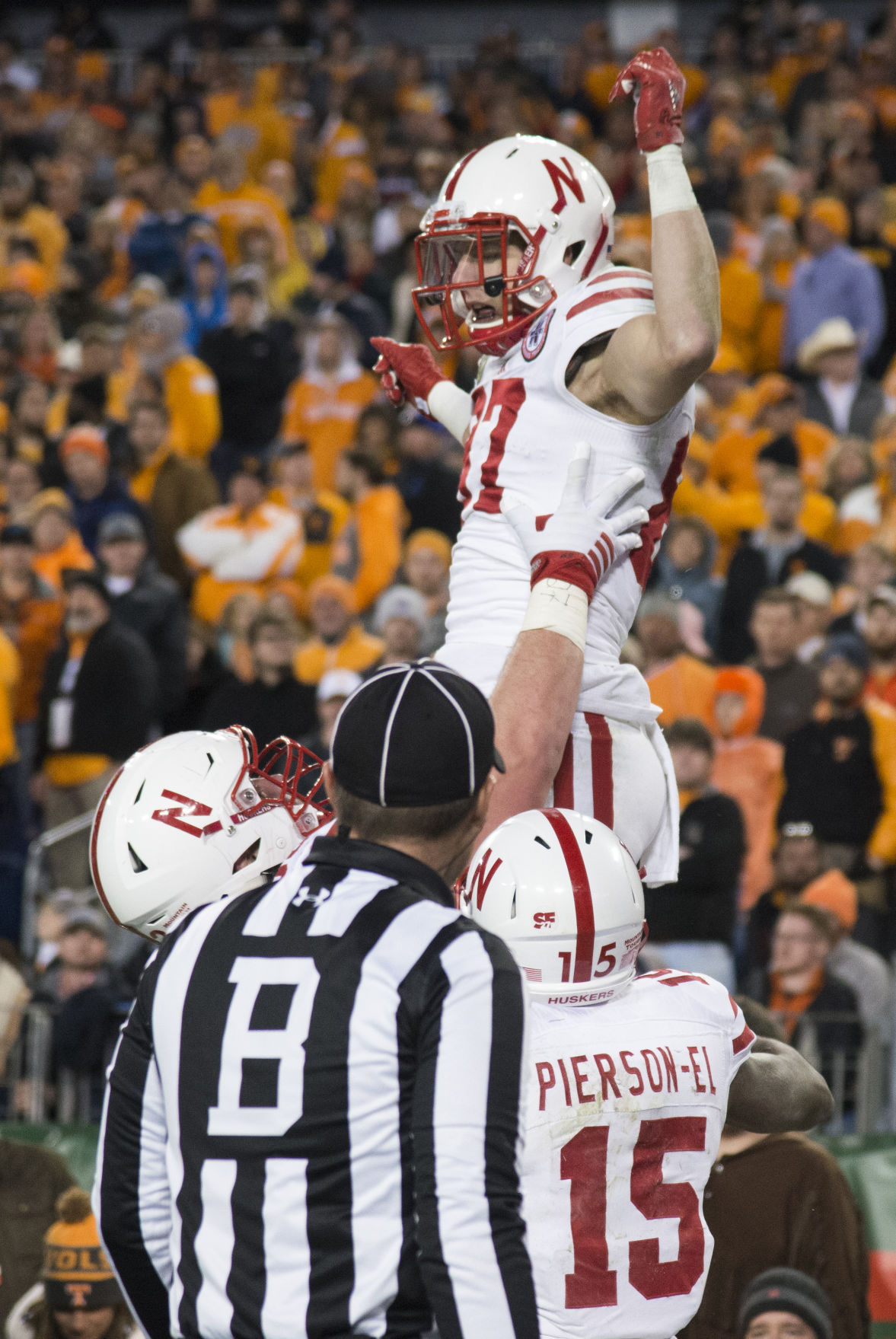 The 2017 NFL Draft is over and Nebraska extended its streak 55 straight years of having at least one player drafted. Only one in this case.

But now those Huskers that didn't hear their names called are starting to hear from NFL teams about priority free agent deals.

Banderas said he has agreed to a FA deal with the Broncos. Excited to show what he can do healthy. Bad-luck injuries leading up to draft.

Alonzo Moore told me through text message he has signed a FA deal with the Chiefs.

Terrell Newby, RB: Signed a deal with the Minnesota Vikings.

Minnesota it is !thankful for the opportunity to live out my dream @Vikings

Brandon Reilly, WR: Another Lincoln Southwest product, Reilly is headed to upstate New York to be part of the Buffalo Bills mafia.

Brandon Reilly on FA chance with the Bills: "I'm no stranger to proving myself. I'm not down at all. I'm pretty pumped." #Huskers

Tommy Armstrong, QB/RB/WR: Is joining Newby in Minnesota with the Vikings. He told the Journal Star they want to look at him at different positions and try out in a camp.

Closed a door today and opened another one!!!! Thank you for the opportunity @Vikings !!! Work isn't done yet!!!

Cethan Carter, TE: The Journal Star was told the tight end picked the Cincinnati Bengals. He later confirmed it on Twitter.

Very blessed to be a part of the @Bengals organization. Ready to get to work #WhoDey

Dylan Utter, OL: Will have a tryout with the Vikings.

How blessed am I that my God is letting me get another shot at doing what I love most. Thanks to the @Vikings for giving me a tryout!

On Saturday night, Rose-Ivey tweeted this:

Jordan Westerkamp, WR: One of the most decorated wide receivers in Husker history will has agreed to a tryout with the Tampa Bay Buccaneers, according to reports.

A December injury to Westerkamp obviously proved incredibly bad timing for the receiver, even delaying his testing appearance in front of scouts.

For @HuskerFBNation fans, WR Jordan Westerkamp has been invited to tryout with the Tampa Bay Bucs. GM Jason Licht a Nebraska man, himself.

Sam Hahn: Like Utter, the walk-on offensive lineman will also apparently get a tryout with the Vikings, according to Sean Callahan of HuskerOnline.

Congrats to another Bobcat with a great opportunity in the NFL. A bright future ahead of you Casey! Best of luck! https://t.co/wCPlYGKv2f

Driving for 6: Sage advice for NFL-bound Huskers; and Donté Williams killing it on recruiting trail

Tommy Armstrong just wants a chance. The Minnesota Vikings are giving him the one that most appeals to him.

Nebraska's streak of having a player selected in each NFL Draft carries forward another year, yes. It was also the smallest Husker showing on …

Those critical of the star system to rate college football players essentially were silenced Thursday night.

On the week of his first draft as a certified NFL agent, a day after he'd coached his kids in four different soccer games, Dan Augustyn was si…

So someone asked him just the other day, "Hey, Billy, what do you think of that defensive end from Texas A&M?"

Nebraska running back Terrell Newby (34) leaps over the defense into the endzone for his third-quarter score against Maryland at Memorial Stadium on Saturday, Nov. 19, 2016.