How, exactly, will a man in his 20s with a doctorate in statistics help improve Nebraska’s sports teams?

Nobody knows for certain, but Tucker Zeleny may soon be setting a trend in college athletics.

It’s a newly created department, one that Steve Waterfield, Nebraska’s senior associate athletic director for performance and strategic research, doesn’t believe exists at any other NCAA Division I institution.

What Zeleny and his staff (yet to be determined) will do exactly is still being developed, Waterfield said.

Collecting, analyzing and summarizing data could involve anything from delving into individual player statistics to studying Nebraska’s success rate on certain third-down plays to helping athletic performance to, yes, even recruiting.

“We’re still trying to figure out which direction this is going to take,” Waterfield said. “But we see a lot of different areas, and one of them is looking at it from a macro-athletic sense of what trends for each of our sports is indicative of overall success, or current success for those teams that are deemed successful from a won-loss standpoint.”

“We’re just trying to walk before we run and find out what the folks here want or need,” Waterfield said. “It’s always been an area that we’ve wanted to build and hopefully be a trendsetter in use of data analytics to inform and drive decision-making. You see it a lot in professional sports now.”

Zeleny was also involved in the Catapult GPS-monitoring systems worn by football players last season to track data on each player as he practiced.

“Sports analytics is becoming a hot area,” Zeleny said in a statement. “There is a ton of data out there right now, and with new sport technology being made available seemingly every day, there will only be more. Any additional information or advantage we can provide to the various coaching staffs, and to the department in general, is a huge positive.”

A recent graduate of the University of Nebraska with a degree in mechanical engineering, Alex Adams plans for Rodeo Analytics to provide video technical analysis of rodeo events, by examining turning radius, speed, and other metrics so competitors can use this feedback to improve their performance.

The Husker head coach has been searching for the best way to properly push his team in the fall while also keeping them fresh.

Red Report: Pelini likes the tempo ... and the technology 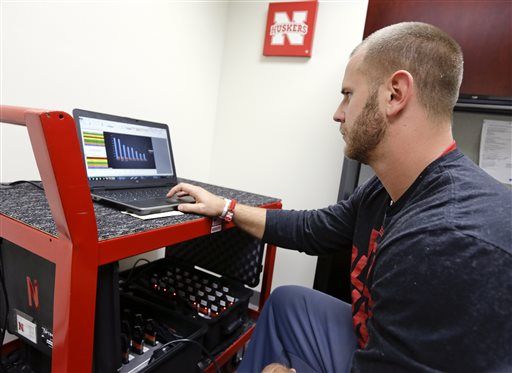 Nebraska assistant strength coach Ben Schumacher downloads to his laptop in Lincoln, Neb., Tuesday, Oct. 28, 2014, data on football players obtained from Catapult GPS devices that track their movements and exertion during practice. At Nebraska, the top 50 football players slip a monitor weighing about 3 ounces into a pouch in the back of the tight-fit shirts they wear under their shoulder pads. 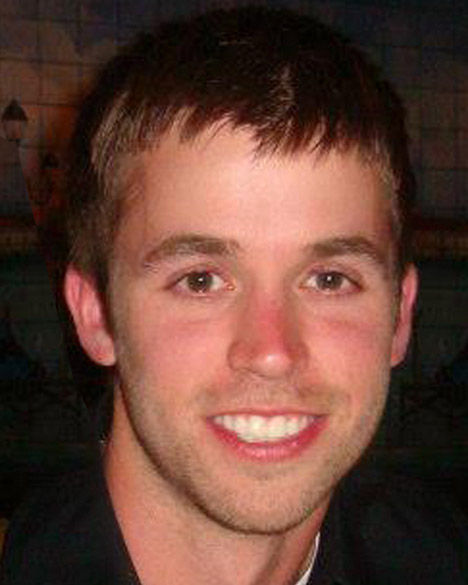