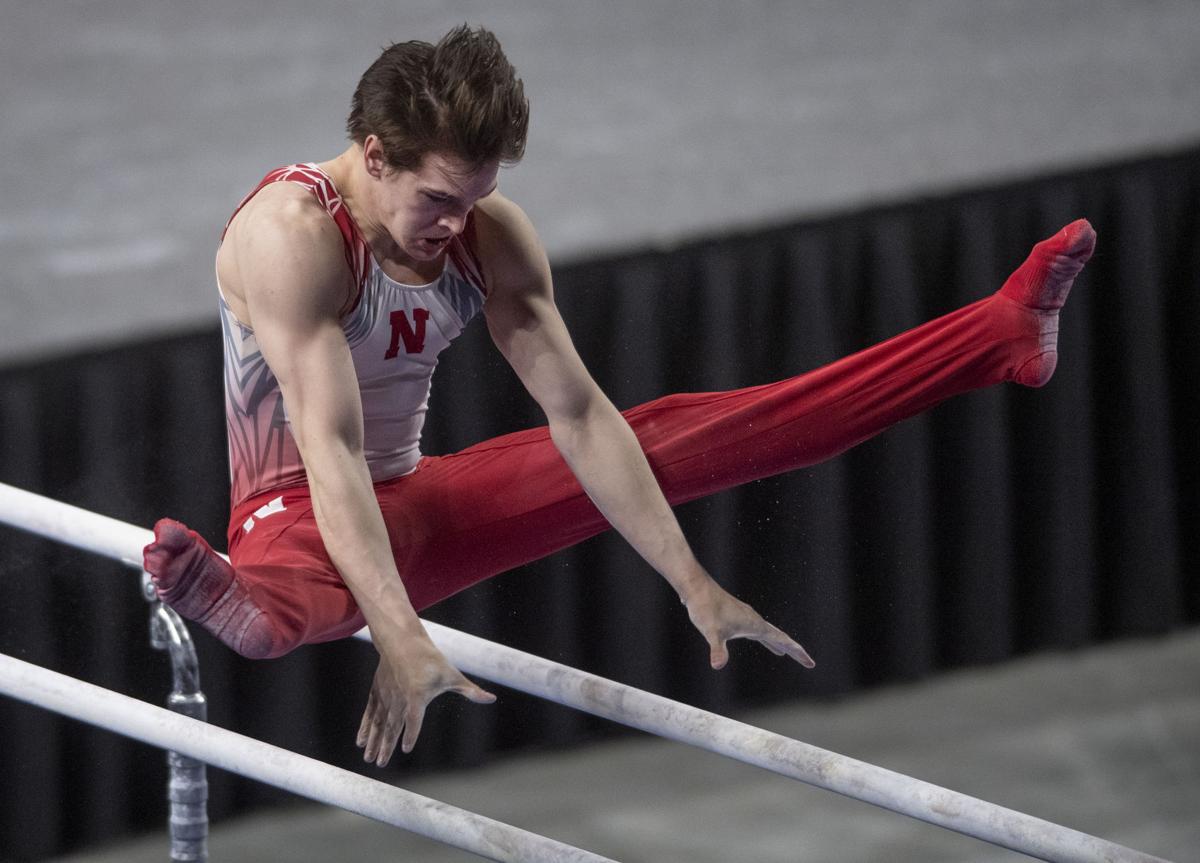 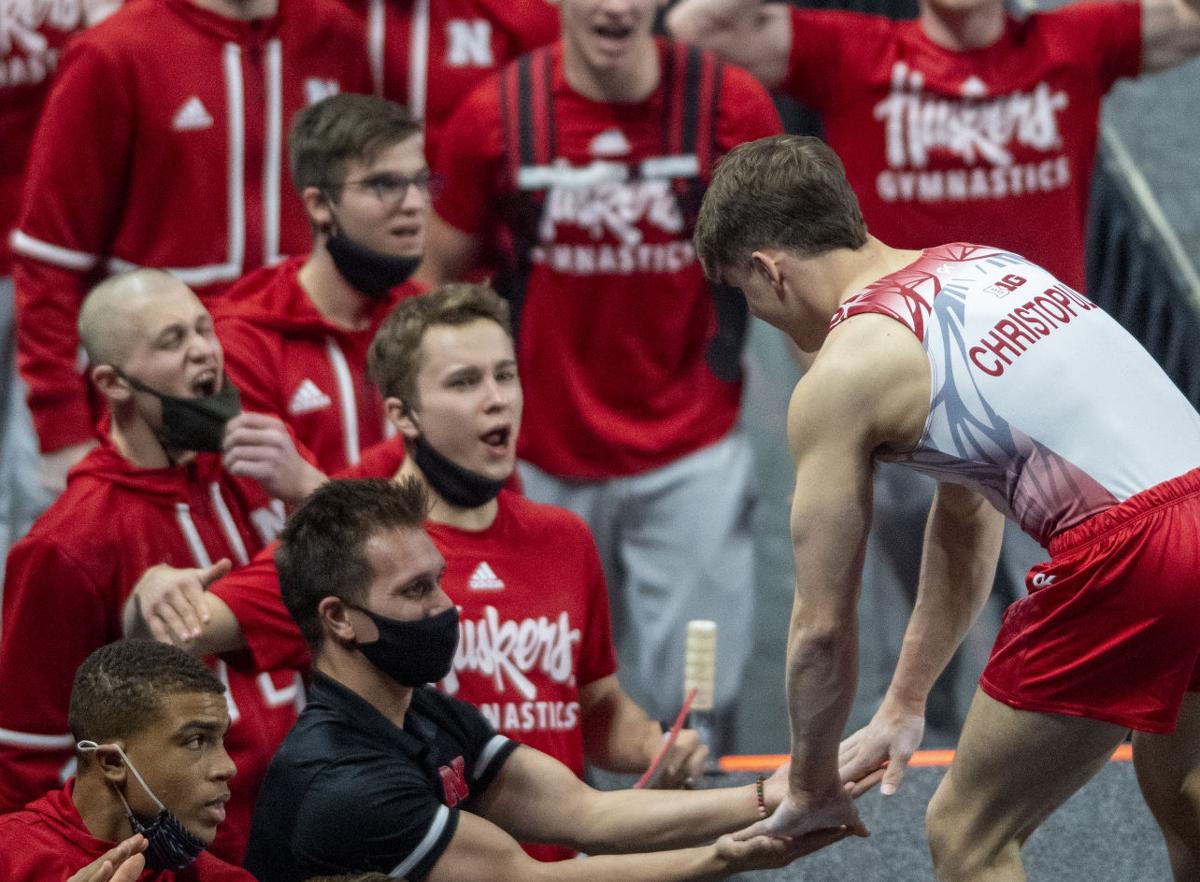 Nebraska was sitting near the bottom of the seven-team standings most of the night.

And then one event, the last one, changed things in a hurry.

Behind a silver-medal landing from freshman Taylor Christopulos, the No. 4 Huskers scored a 70.900 on vault to finish in second place at the Big Ten men's gymnastics championships Saturday night at Pinnacle Bank Arena. NU vaulted from seventh place to second on the final rotation.

In the process, the Huskers landed their best finish at the ultra-competitive Big Ten meet since joining the conference.

"I'm super-proud of that," NU coach Chuck Chmelka said. "It was a battle and they fought."

After Michigan — which showed why it's the cream of the crop in the league this year — less than four points separated the other six teams on a night where seven of the nation's top nine men's gymnastics programs were under one roof.

"We did things that we’ve never done," Chmelka said of the early miscues, which included some falls on high bar and floor. "It was like, 'What’s going on?'"

Following floor exercise, their third event of the night, the Huskers entered the bye rotation while the other six teams competed on six events. It allowed the team to collect itself, and it's when the seniors made their voices heard.

"We got in a group huddle and said, 'Hey, the first half is behind us,'" said sophomore Sam Phillips, who finished tied for third place on high bar with a career-tying 13.800. "We know we had some mishaps and mistakes, but we know in our hearts that that's not us. And who we are is how we finish."

The Huskers, who entered the meet as the No. 2 seed, made a final push. They performed well on pommel horse (65.650) and had six solid scores on still rings (66.400) before moving to vault.

"Our pommel team killed it and they definitely got the energy up," Christopulos said. "If it wasn't for our pommel team, I don't think we would have finished the way we did."

Chmelka said the team went into rings knowing that it would make up ground on the other squads. And then vault provided the final boost.

Junior Dylan LeClair, the leadoff man, scored a 14.150. Junior Charlie Giles later followed with a 14.500 to grab a share of the bronze medal.

That set the stage for Christopulos, the anchor. The Big Ten freshman of the year, who ranks first nationally on vault, sprung off the board and landed cleanly for a 14.550, which earned him the silver medal.

"It's a long tough ride, but our mentality was up and we were cheering for each other," Giles said. "Vault is one of our strongest events, so we went in knowing what we can do and we delivered.

Christopulos, Giles and Phillips each earned second-team all-conference honors for their performances.

Saturday's meet marked the first time this season Big Ten teams performed in front of spectators (an estimated crowd of 1,500) outside of limited family members.

Nebraska will get two weeks to prepare for the NCAA Championships, which are set for April 16-17 in Minneapolis.

The Nebraska men, and six other Big Ten gymnastics programs, will enter a new realm at 7 p.m. Saturday.

'We are the sleeper:' NU gymnasts believe they have the blueprint to make a surprise run at NCAAs

Oklahoma, Michigan and Stanford have combined to win the past seven national championships. But what about the No. 4 Huskers?

Nebraska reached the finals for the fourth straight time.

No. 4 Nebraska popped for a big score on its final event, vault, to shoot from sixth place to fourth place in the final team standings

With another strong showing at NCAAs, Husker gymnasts believe they are closing gap on the big two

Nebraska's fourth-place finish at the NCAA Championships was another step forward for coach Mark Chmelka's program, which has steadied the ship after a long lull.