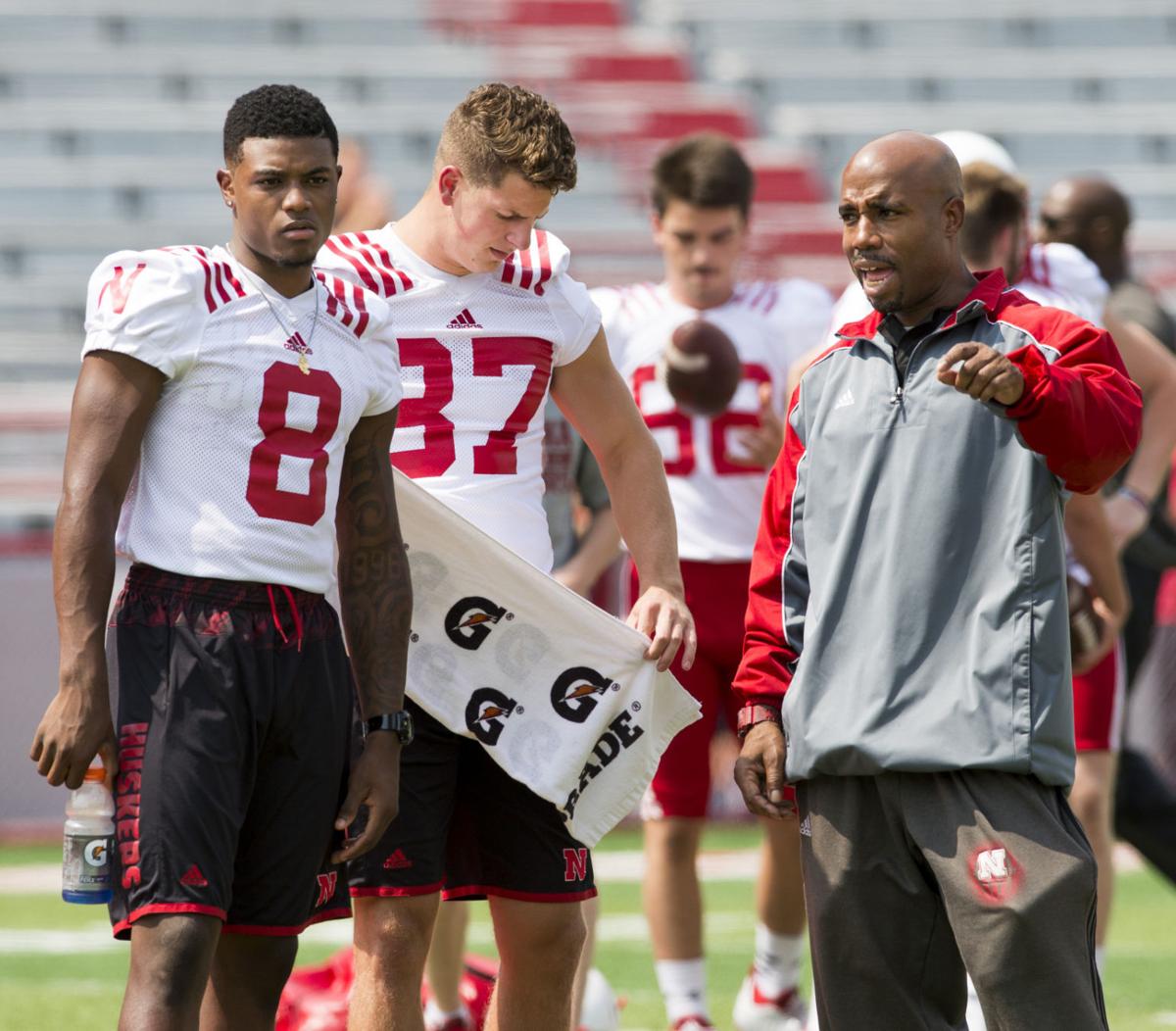 Receivers Stanley Morgan (8) and Brandon Reilly (87) talk with Husker receivers coach Keith Williams during a practice last fall in Memorial Stadium. Thursday, Williams will return from a two-week suspension, but he won't coach during games until Oct. 1. 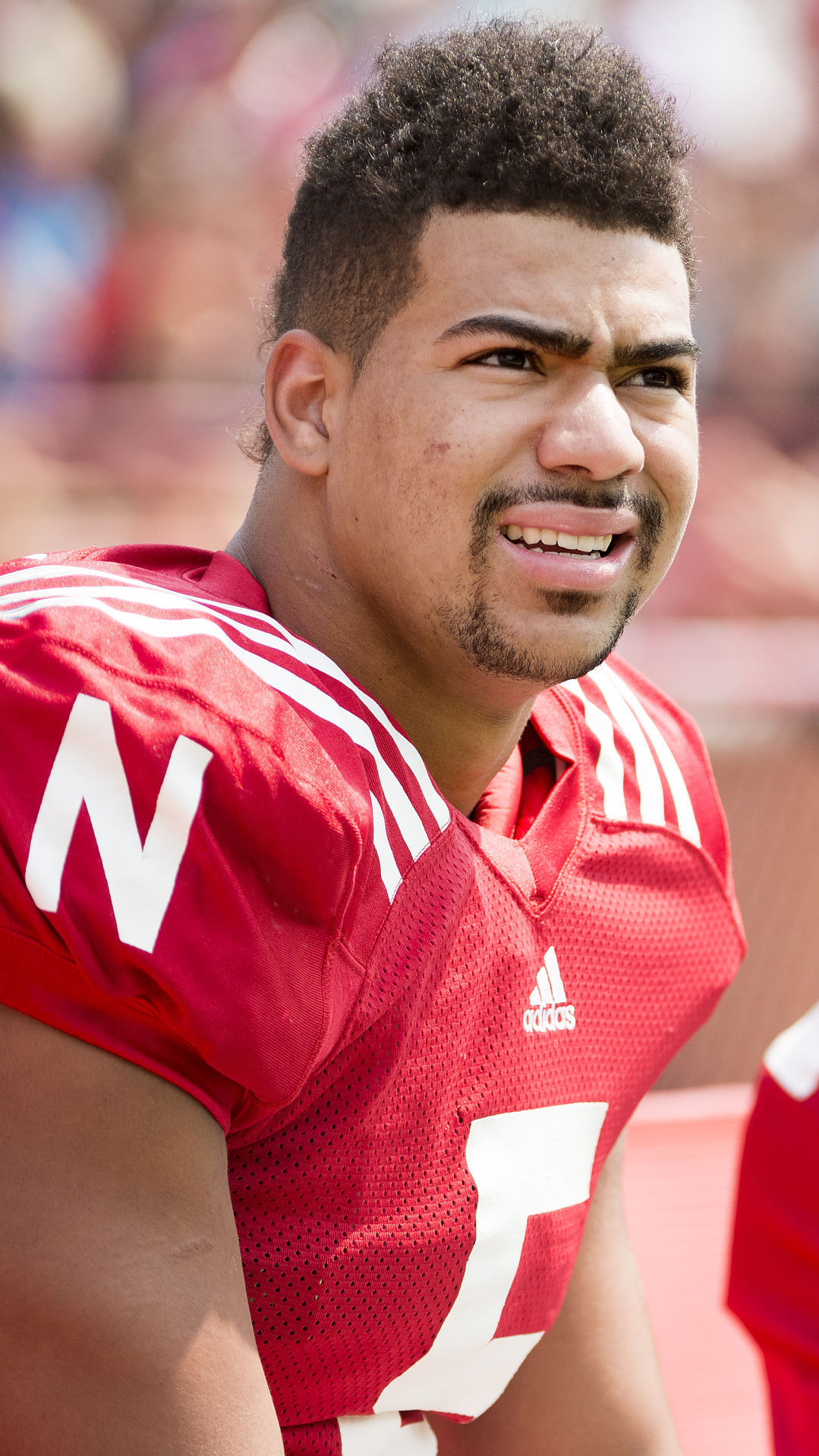 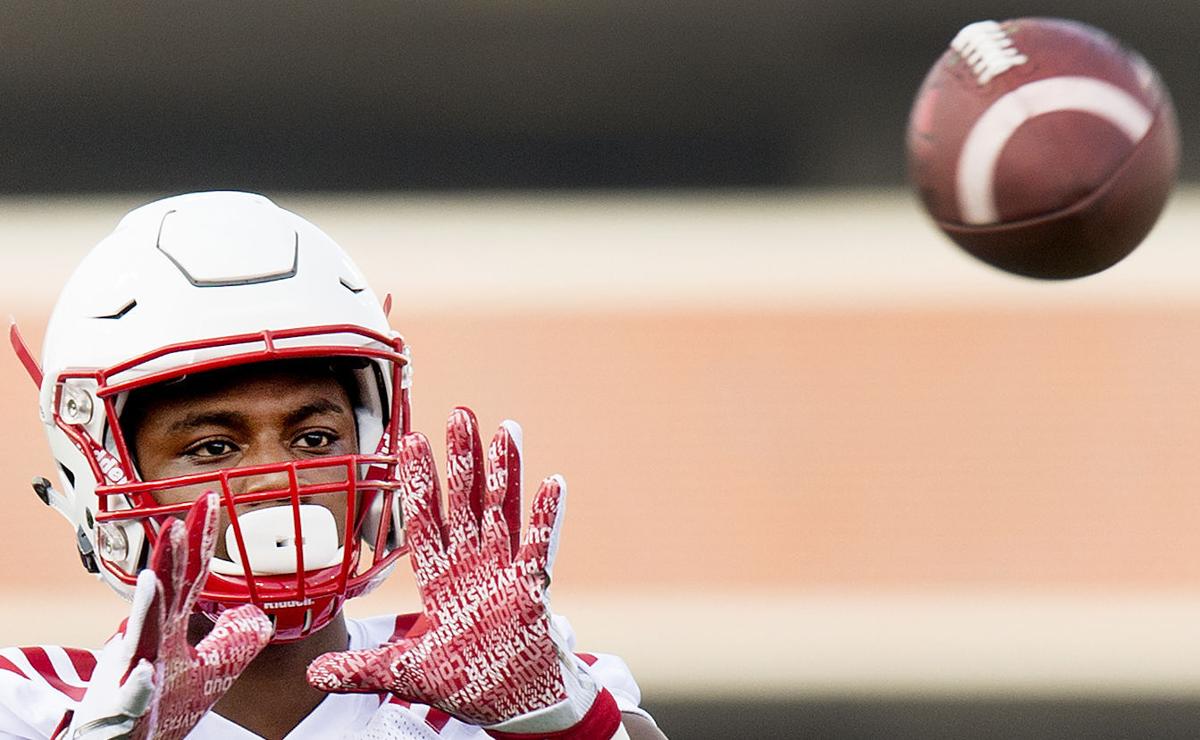 They were more than 1,500 miles apart, yet both on the same track, that fast one, the one where your coach turns to you while you still have your learner's permit and asks you to make plays for the varsity squad.

Now Dedrick Young and Stanley Morgan are doing it again, the young guys fitting in with the older guys, ahead of the schedule most keep, seemingly poised to have roles of consequence for Nebraska football just months after their arrivals in Lincoln.

"Not at all. Not at all. He's a gamer," said Cyril Crutchfield, who coached the wide receiver Morgan for three seasons at St. Augustine High School. "He's one of those kids I call a game-changer."

Not at all. Not at all, said Richard Taylor, a high school coach of four decades who puts Young's work at Peoria (Arizona) Centennial High School up there with anyone he has coached.

"He knew exactly how to get along with the older guys," Taylor said of the linebacker. "He didn't say, 'I'm going to do this, I'm not going to do that.' He just went out there and did it. He gained the respect of the older guys right away. They just realized, 'Hey, this young kid can help us win.'"

Everyone says the same thing about Young: He doesn't talk much.

That's not a bad thing, mind you. It can be an advantageous thing when you're a freshman trying to win a starting job alongside players two to three years your elder. Keep quiet. Do your thing. You'll belong soon enough.

Taylor remembers when Young was skipping past JV and being asked to play varsity as a sophomore at Centennial, a championship program where someone so young rarely owns such a leading role.

Centennial ran a complex defense. Yet Young had it figured out right away. He always knew his job.

"He could take and do his assignments and still freelance a little bit to make the play," Taylor said. "We were always impressed because he knew as much as all the other older kids at his position. Then the physical part just took over for him."

A star running back and linebacker in high school, Young was the strongest kid to ever come through the program. He broke school records on the bench, the squat, the power clean.

He arrived in Lincoln pretty put together, listed at 6-foot-1, 220 pounds. Then he took full advantage of his early enrollment in January.

Husker linebackers coach Trent Bray, who this week said Young is in the lead for the third starting linebacker spot next to Josh Banderas and Michael Rose-Ivey, was immediately struck by the freshman's maturity.

"I could be as hard as I want on him, and he's hard on himself," Bray said. "He's great. He's coachable. You tell him something and he corrects it."

Taylor knows all about that. It says plenty that the high school coach called back a Lincoln reporter for an interview about Young the same day Centennial had a big opener against California prep powerhouse Long Beach Poly.

Crutchfield has the same type of fondness for Morgan, a receiver who was averaging 16.1 yards a catch by his sophomore year and had almost 800 receiving yards by his junior year.

And yet, in the coach's mind, too many powerhouse schools stayed away from recruiting a receiver with natural playmaking abilities.

Morgan, though sidelined Saturday with what appears to be a minor setback, has consistently made things happen in the passing game this camp while still being in learning mode.

"He's a guy that hardly even knows what he's doing and he's making plays," offensive coordinator Danny Langsdorf said this past week.

After one early camp scrimmage in which the 6-foot, 185-pound receiver caught three touchdowns, Nebraska's head coach Mike Riley said Morgan seemed "beyond his years," calling him "mature, strong and kind of an unfazed guy about where he is right now."

Of course, camp is camp. It's what you do in the games that count, and Morgan and Young will both have to show it when the scoreboard is clicking.

But both freshmen also are said to have the type of grounded personalities that could allow them to deal well with some of these early headlines.

Crutchfield felt Morgan was humble and quick to deflect attention from himself in high school. The receiver also wanted to be coached. He didn't think he had it all figured it out even after good games.

Husker senior cornerback Daniel Davie saw that humility in the receiver this summer. He tested Morgan right off the bat, quick-jamming him at the line of scrimmage to see how he'd respond. Wide receivers coach Keith Williams had been talking up Morgan, and Davie wanted to see what the kid was made of.

"So I kind of had to put him in his place," Davie explained. "But ever since then, he's played me pretty good. I have a lot of respect for him just the way he comes to work, and has been in the playbook … acting like a pro pretty much. That's how I'd put it."

Crutchfield knew Morgan was a special talent the moment he first watched him play. And when he gets in the zone, he thinks Husker fans will see a real show then.

"You haven't seen the best yet," the coach said. "I felt like every school in the country should have targeted him. Sometimes schools get at looking at the measurables too much and not looking at the immeasurables enough. He has all those intangibles."

One of those traits that shouldn't be underestimated, and obviously isn't by Riley, is a young player's ability to merge easily into a new setting. Riley noted that about both Morgan and Young this camp: They are two freshmen "that are just comfortable fitting in."

Don't get caught up in age differences, or this or that. Just go play. Correct mistakes. Go again. Let your game speak on your behalf.

The Huskers begin the season unranked in both major polls. It's the first time since 2008 NU enters the year outside the Top 25.

Tucker Zeleny can take his position as Nebraska's first director of sports analytics in any number of directions. The challenge is to make it matter, Steven M. Sipple writes.

"I know that was weird for him probably, losing everybody that he knew. But he came back and I think we're going to be better off for it," Mike Riley said of Jamal Turner.

As Nebraska continues to deal with a rash of mostly minor injuries at the wide receiver positions, a few reserves have received significant pr…

Receivers Stanley Morgan (8) and Brandon Reilly (87) talk with Husker receivers coach Keith Williams during a practice last fall in Memorial Stadium. Thursday, Williams will return from a two-week suspension, but he won't coach during games until Oct. 1.