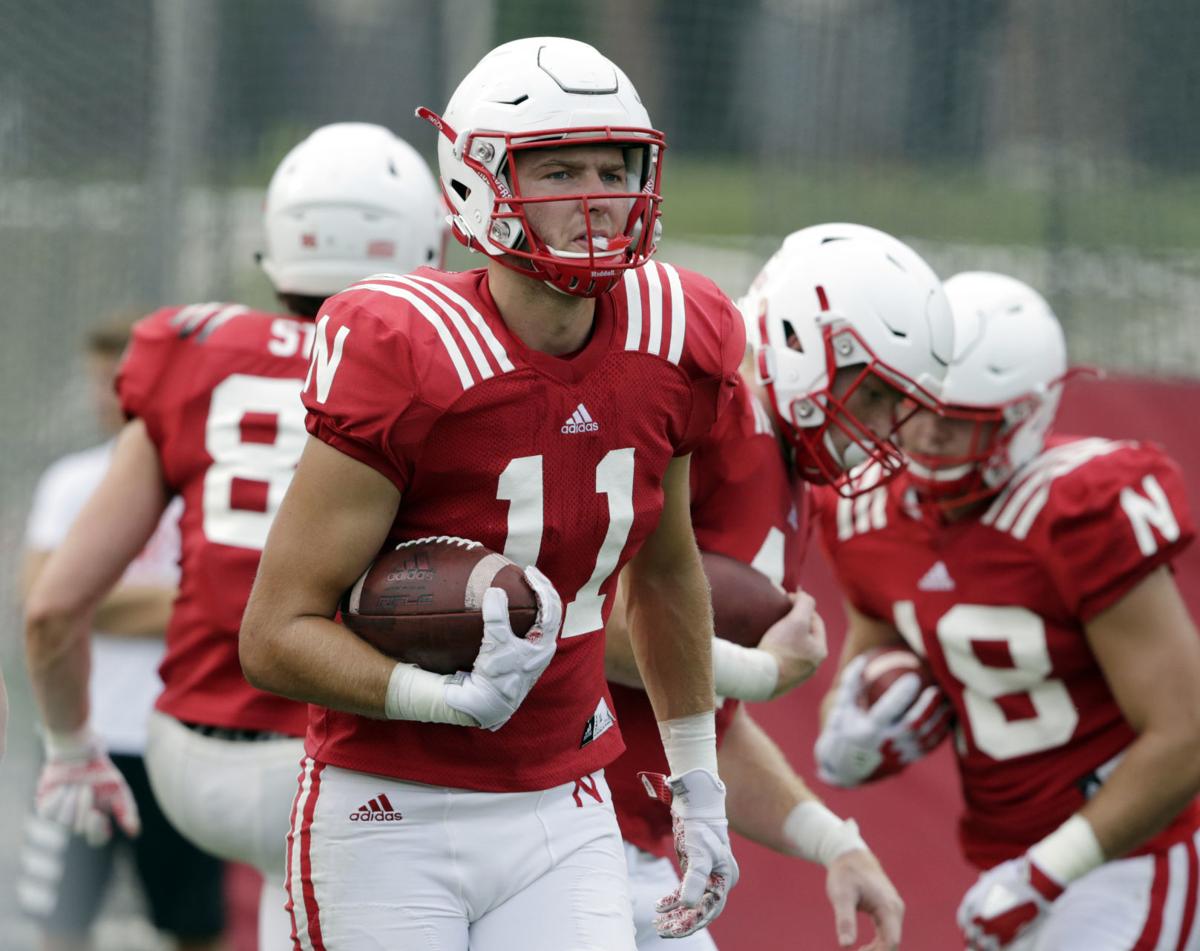 Nebraska tight end Austin Allen runs with the ball during a 2018 practice. Allen says strength gains should help him in his sophomore season. 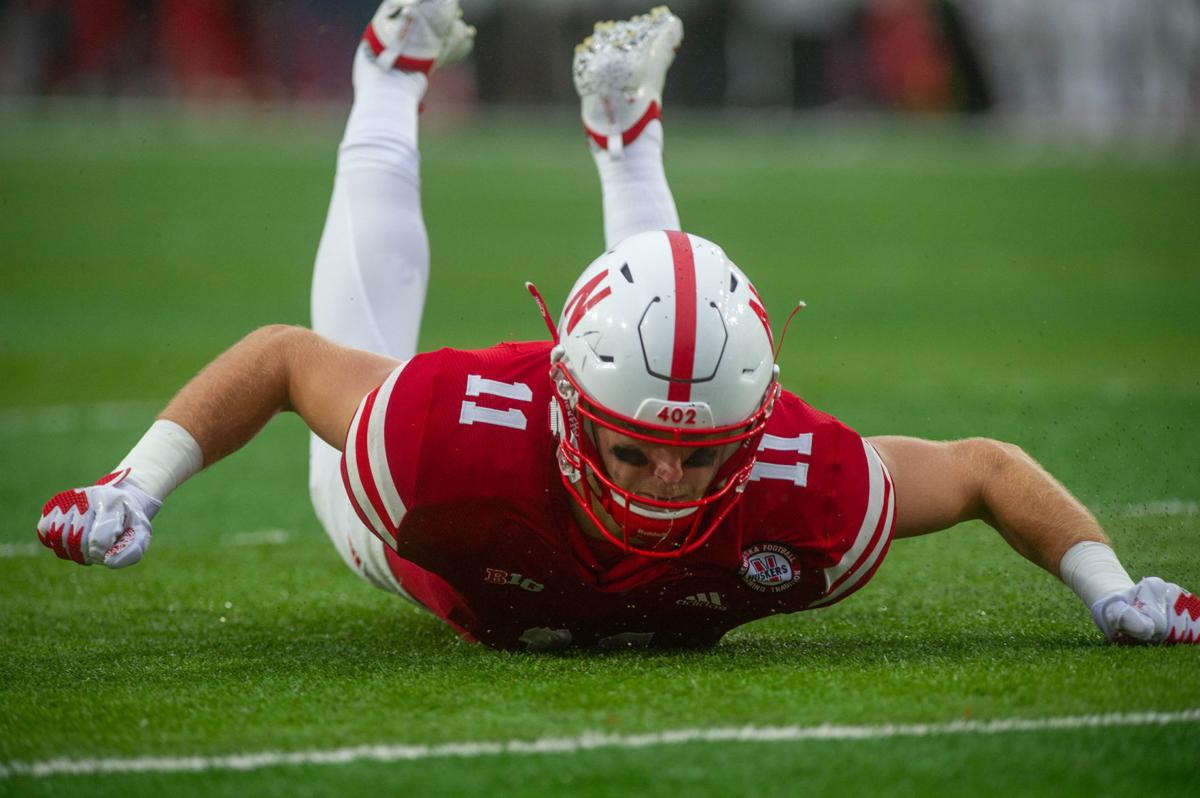 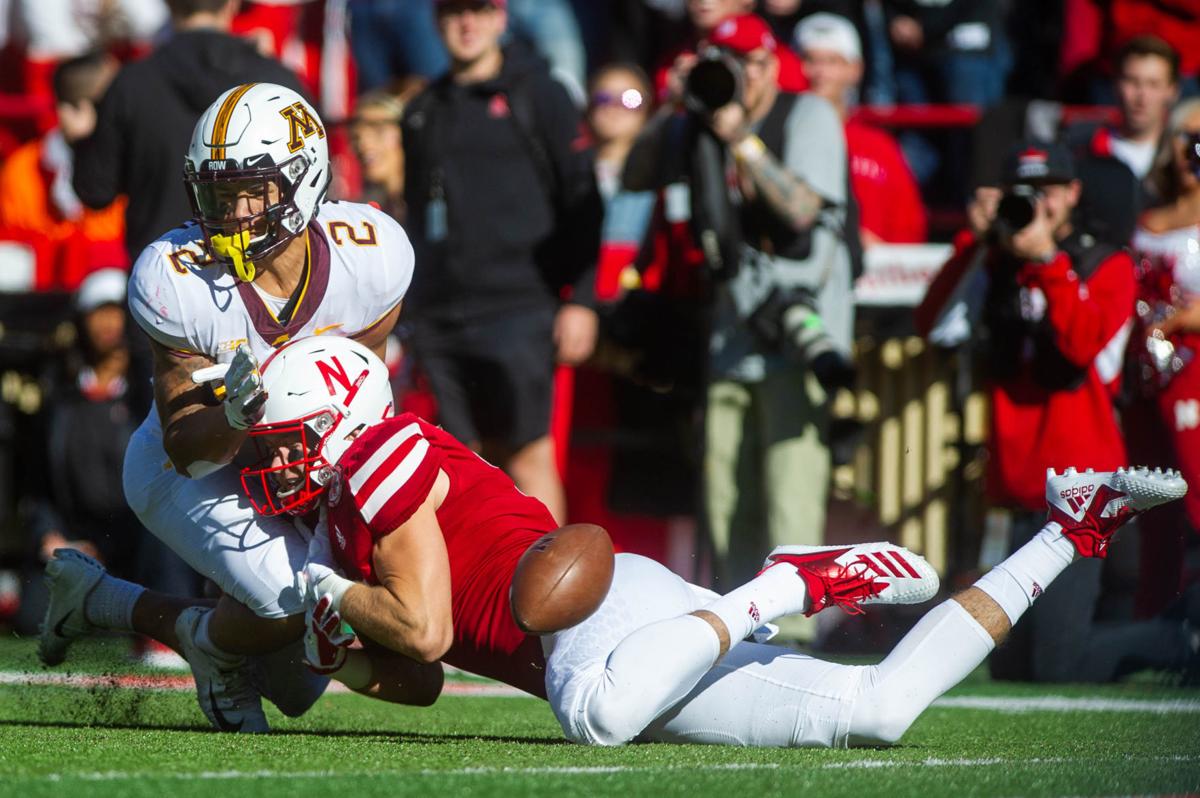 No stress. No fear.

Nebraska sophomore tight end Austin Allen says he feels neither of those negative emotions this month during the Huskers' preseason camp, a sharp contrast to last year at this time.

"I feel like I'm ready," Allen said this week. "Last year, there were a lot of times when there were stressful situations where I was like, 'Oh, gosh, what do I do? I have to know what I have to do right now.'"

Nebraska on Friday wrapped up its seventh preseason practice.

"This fall camp, there's no stress," said Allen, tipping his cap to Husker head strength coach Zach Duval. "Duval got us right this summer. We worked even harder than we did last summer."

"So we're going to come out there now and just know what we've got to do," Allen said. "We can dial in on our technique. That's really helped me just have no fear out there."

His position coach, Sean Beckton, said last month that he didn’t think Allen and fellow sophomore Kurt Rafdal were physically ready to play in the Big Ten last year, but that they’ve both made big gains this offseason.

That obviously could translate into more receptions. Allen had just two last season, while Rafdal had four.

"I've made a lot of (strength) gains," said the 6-foot-8 Allen, who was a basketball and football star at Aurora High School. "My body fat percentage went down a couple points and I turned that into muscle. I was up to a little over 250 pounds (this summer). They want me at about 265. I'm getting there. I've obviously lost a little weight in fall camp. But I'm gaining that back now."

Beckton's group is led by 6-4, 260-pound junior Jack Stoll, who started every game last season and finished with 21 receptions for 245 yards and three touchdowns. Allen and Rafdal (6-7, 245) are a quarterback's dream in terms of their expansive catch radius. Meanwhile, redshirt freshman Katerian LeGrone (6-3, 245) has been working hard to learn more of the intricate details of the offense, the coach said.

Beckton also is excited about the arrival of Rutgers transfer Travis Vokolek, a 6-7, 265-pounder who will sit out the 2019 season per NCAA transfer rules and then have two years of eligibility remaining beginning in 2020. He saw the field for the Scarlet Knights as a true freshman in 2017 and as a sophomore last year, compiling a total of 16 catches for 184 yards and hauling in two of Rutgers’ five passing touchdowns in 2018.

Vokolek is participating in Nebraska's preseason camp this month.

"There's competition every single day we step on the field," Beckton said this week. "We compete in meetings. We compete in individual drills. We compete in everything we do. (Vokolek's presence) is just going to add to the value of the whole overall scheme of what we're trying to do with the tight ends, and maybe create the situation where we can play with four guys on the field at the tight end spot.

"When I talk to those guys, they know that they're all going to play if they're capable of playing."

Said Allen: "We're seeing a lot more two-tight-end sets, and I'm loving that out of Frost."

Regarded as a high-priority recruit in the class of 2017 by former Nebraska head coach Mike Riley's staff, Allen sat out his first season on campus as a redshirt. A two-way football standout at Aurora, he also was offered scholarships by Iowa State, Iowa and Central Florida, and UCLA was interested.

It's easy to understand why.

"It's hard to teach a kid to get open," Kyle Peterson, Aurora's football coach, said in April 2016. "You can do all the drills, but it can take years to develop. He just does it naturally. He's applied what he learned in basketball."

You might think that an experienced Power Five wide receiver, one with a 56-catch, 788-yard campaign under his belt and multiple years of prod…

'That's my brother to the end': Fast friendship on and off the field for DBs Bootle, Williams

Dicaprio Bootle is entering his fourth year in the Nebraska football program, and he has spent all of it alongside the likes of Marquel Dismuk…

Husker OLB coach Dewitt lost 102 pounds during cancer battle, but he's back to work and loving it

Nebraska outside linebacker coach Jovan Dewitt lost 102 pounds while battling throat cancer earlier this year, but he's back on the practice field for the Huskers and feeling "95 percent," he told reporters Monday.

Erik Chinander can see it, and if he doesn't trust his own eyes he doesn't have to look far for confirmation of his feelings.

Nebraska tight end Austin Allen runs with the ball during a 2018 practice. Allen says strength gains should help him in his sophomore season.