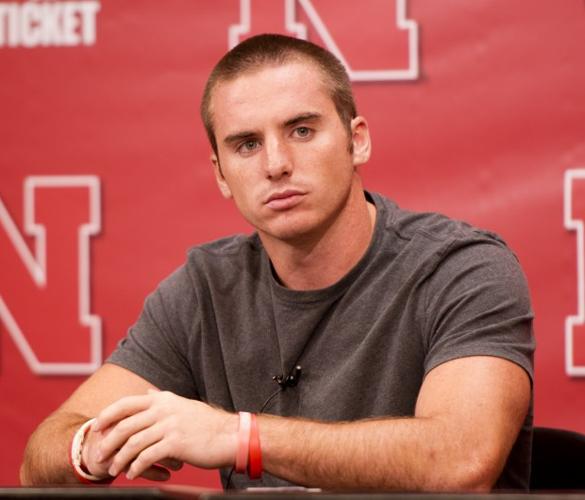 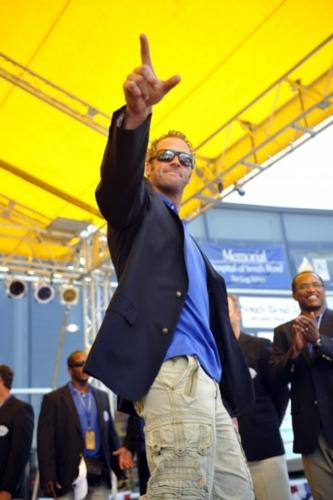 “You are on the edge of your seat when a guy like that is talking,” Marlowe said Friday. “He’s a great guy. He really taught us something last night. We’re just ready to bring back the '90s here at Nebraska.”

Wistrom was part of three national championship Nebraska teams — 1994, 1995 and 1997. It’s a remarkable run that seems impossible to match, but that doesn’t keep fans from yearning.

“Coming here, we obviously hear about the '90s all the time — rightfully so,” Marlowe said. “Winning three national championships, those guys are legends here. Any time one of them comes back, we know to show them the respect. When they’re talking, you sit down and listen. You take it all in. Grant gave a great speech last night and really, really fired us up for fall camp.”

Wistrom spoke to coaches and players for about an hour, then took questions.

“How important his teammates were to him,” senior tight end Ben Cotton said. “(That’s) the whole reason he played the way that he did, a hundred miles an hour, 24 hours a day, seven days a week. It didn’t matter. He was about doing everything he could for his teammates.

And teammates, Wistrom told players, need to hold each other accountable.

“There’s only so much a coach can do with a player,” Marlowe said. “It’s all about what the players do with each other — holding each other accountable when you’re out there on the field, and not taking any plays off because you know the guy next to you is busting his butt every single play.

“We know our coach is going to set us up in the right spots. It’s what we do with it.”

Taylor Martinez is like Nebraska head coach Bo Pelini in at least one regard: Both enter the 2012 season with doubters nipping at their heels. The junior QB should be used to it by now. He proceeds undaunted, or so it seemed Friday.

There was plenty of confidence to be found in the Husker camp as players met with the media during a Friday press conference, a day before fall camp.

Players had little trouble identifying which new Husker stood out the most this summer — freshman running back Imani Cross.