'We've got to get to six wins': Victory Saturday would go far in helping Huskers end bowl drought
View Comments
Share this
{{featured_button_text}}
1 of 2 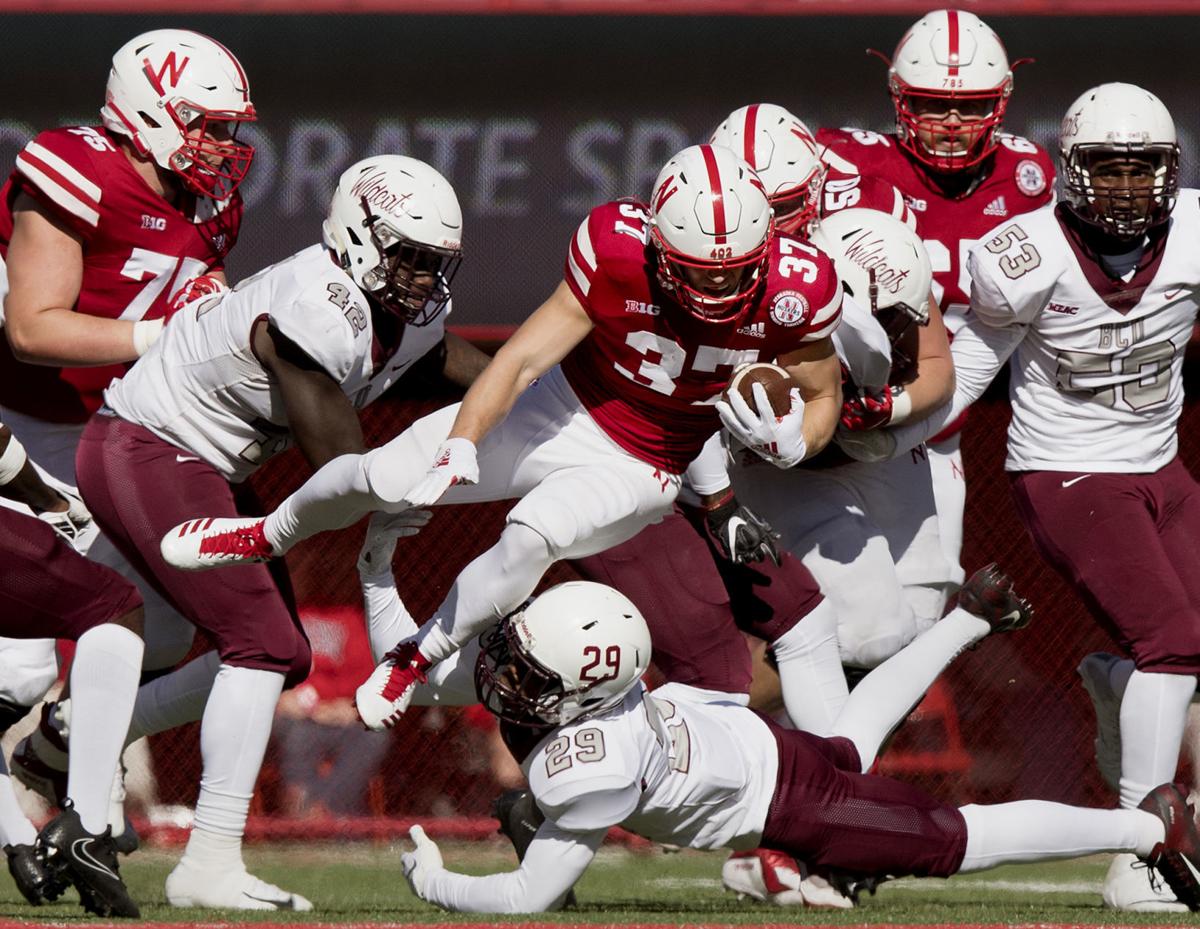 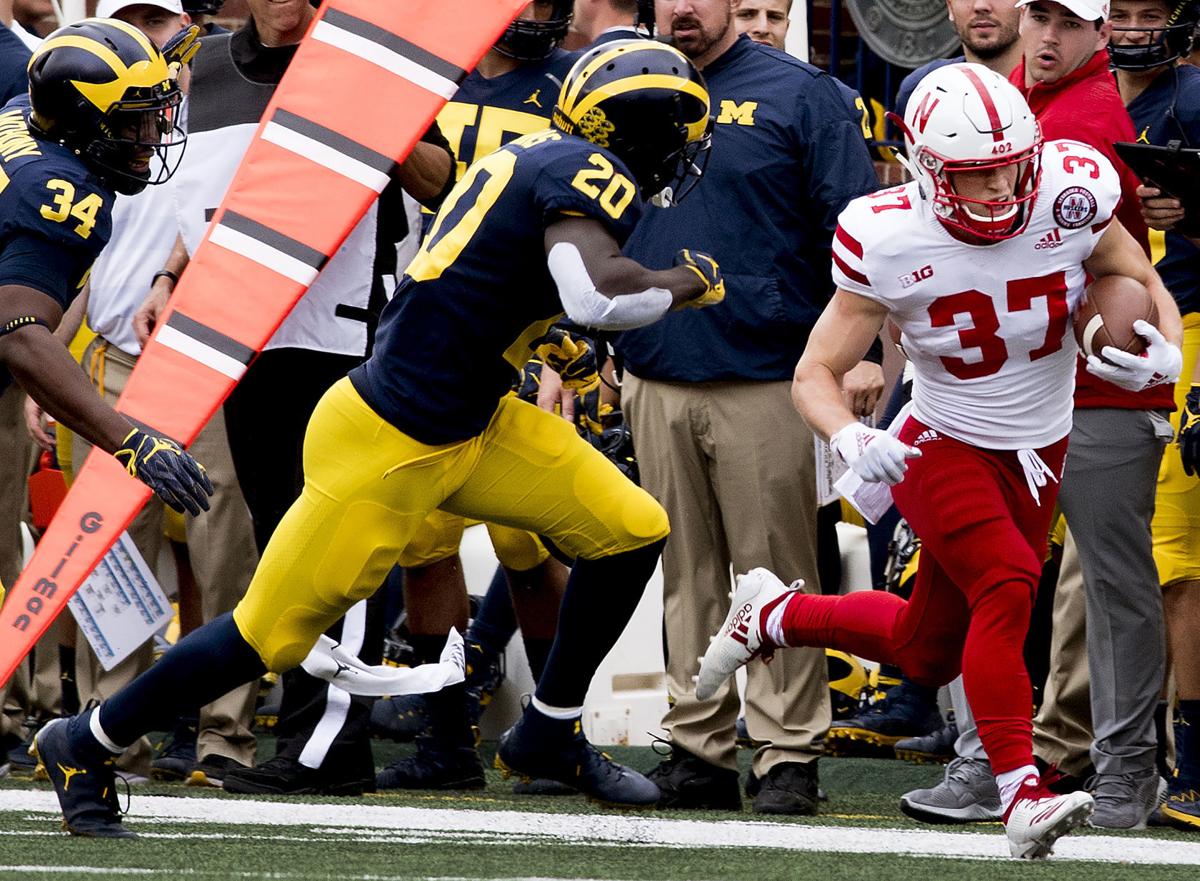 The past four seasons of Indiana football have proceeded with at least one strand of striking continuity.

Every year since 2015, the Hoosiers have entered the final week of the season with a 5-6 record, squaring off with Purdue for bowl eligibility (and the Old Oaken Bucket) four times. The first two seasons, they won. The past two Novembers, they’ve lost.

This year, though, IU has a chance to punch its postseason ticket early, entering Saturday’s game against Nebraska at a 5-2 mark and an offense that’s humming along and ranks third in the conference with 6.3 yards per snap.

It is also a critical juncture for the host Huskers in terms of bowl eligibility — and, thus, an important mile marker in Nebraska’s season — but for a slightly different reason. Scott Frost’s program (4-3 overall, 2-2 Big Ten) needs two more wins to reach bowl eligibility. Should the Huskers qualify, it will be for the first time since the 2016 season, which is also the last time Indiana claimed six wins on a schedule.

Watch: Frost on Luke McCaffrey; gauging lack of depth at running back

Before the season, Nebraska was a trendy pick to win the Big Ten West. That’s still not completely out of reach. The Huskers essentially have to win out — no team has made the Big Ten Championship Game in the current divisional setup with more than two league losses — and hope unbeaten Minnesota’s rugged remaining schedule pulls the Gophers back to the pack.

That sort of hopefulness and acknowledging the importance of bowl qualification don’t need to be mutually exclusive. If the Huskers win their next two — IU and then a road trip to Purdue — they’ll hit the six-win benchmark and can reset the sights.

NU athletic director Bill Moos raised some eyebrows at Big Ten football media days in Chicago in July when he said six wins should be the Huskers’ primary goal for the fall — and then doubled down when reporters circled back to make sure he meant the words the way he said them.

The theory — that bowl game preparation and the additional practices associated with it are like gold for a program — is a common one.

“Oh, it’s critical. I think the biggest thing when you’re talking about a young football team is you get more time, you get more practices,” inside linebackers coach Barrett Ruud said. “That’s huge when you get extra practices. You have a bunch of redshirt guys who maybe didn’t get a ton of reps during the season — they get reps during bowl preparation.

“And it’s just more time with each other as opposed to being home. Instead of chilling out over December, you’re working with each other, and I think that’s just huge for a young football team.”

“We've got to get to six wins,” athletic director Bill Moos said Thursday night on his monthly Husker Sports radio appearance. ... “It’s basically a whole ’nother spring football when you can get those extra days on the practice field, so we’ve really got to hope we can get into that position and then get the ball rolling from there and then increase the wins year by year.”

A win Saturday against Indiana would mean half the remaining distance to an intermediate goal is covered. Then, the Huskers would be tasked with either finding road win No. 2 of the Frost era or beating the Hawkeyes or Badgers, against whom NU is a combined 1-10 since 2013 and 4-12 since entering the Big Ten.

That, though, is the challenge. And it’s one Mazour thinks his team is up for.

“That’s what we’re really trying to install in the culture is, ‘Yeah, we’re not going to miss a bowl game,’” he said.

Two-Minute Drill: Quarterback uncertainty on both sides ahead of Nebraska-Indiana

Parker Gabriel gives insights on quarterbacks and an update on the game against Indiana after practice on Oct. 24, 2019.

Watch: Frost keeping the door open for Washington to return, has an "idea" at QB vs. Indiana

Game On: A closer look at how the Huskers and Hoosiers match up

Time to level up. Parker Gabriel breaks down Saturday's matchup between Nebraska and Indiana.

Steven M. Sipple: Verduzco keeps cap on stress even though 'We're here to clean up the mess'

As Nebraska builds its program under Scott Frost, quarterbacks coach Mario Verduzco says it's imperative his crew maintains a posture of poise and strength, even if injuries mount and the offense scuffles. "It's all part of the game, number one, and part of the crazy-ass position that I coach. It's a goofy position. But I don't let it get me all freaked out."

Mired in the worst offensive slump of his career, Frost looking for across-the-board improvement

Scott Frost was preparing to take his first-year Nebraska team to Columbus, Ohio, a year ago to try and shock Ohio State when he made a predic…

Nebraska head coach Scott Frost has a handle on his team's quarterback situation heading into a Saturday afternoon bout with Indiana. To the surprise of no one, he isn't willing to spill the details.

My Area Code: Huntin' lunkers, Pokemon and the best biscuits and gravy in the 407 with Will Przystup

Punter Will Przystup gets his kicks fishing, having grown up in an outdoorsy family.

Hot Topic: What do you want to see from Nebraska out of the bye week?

Scott Frost's press conference shed light on several Huskers topics, including the door remaining open for Maurice Washington -- and kicking reinforcements could be looming in the near future.

Scouting Indiana: Breaking down the Hoosiers

Life in the Red: 'Ready' has caveats when it comes to the prospect of playing freshmen OLs

Since the NCAA adopted a rule that allows freshmen to play in up to four games while still retaining a redshirt, there is a continued interest in who might play when and who might be able to provide what.

Steven M. Sipple: As long as Moos is in charge at NU, you won't see alternate uniforms often

Bill Moos liked the concept of alternate uniforms at Oregon. The Ducks made it a staple of their brand. Nowadays, they never wear the same uniform twice. But let's be clear on something: Moos doesn't plan to turn Nebraska into the Oregon of the plains. In fact, he's intent on preserving the Huskers' iconic look, which means he's OK with limited use of alternate uniforms at NU -- very limited use.

Watch: Nebraska reaches into bag of tricks with reverse-handoff pass to quarterback

With Halloween looming next week, Scott Frost and the Nebraska football team saw Saturday afternoon as an ideal opportunity to pull out a tric…

Huskers' visitor list is small for Indiana, but key 2021 target returns to Lincoln for 2nd time

Nebraska's offense was making a lot of noise early in Saturday's game against Indiana.

Your Report Card: Indiana at Nebraska