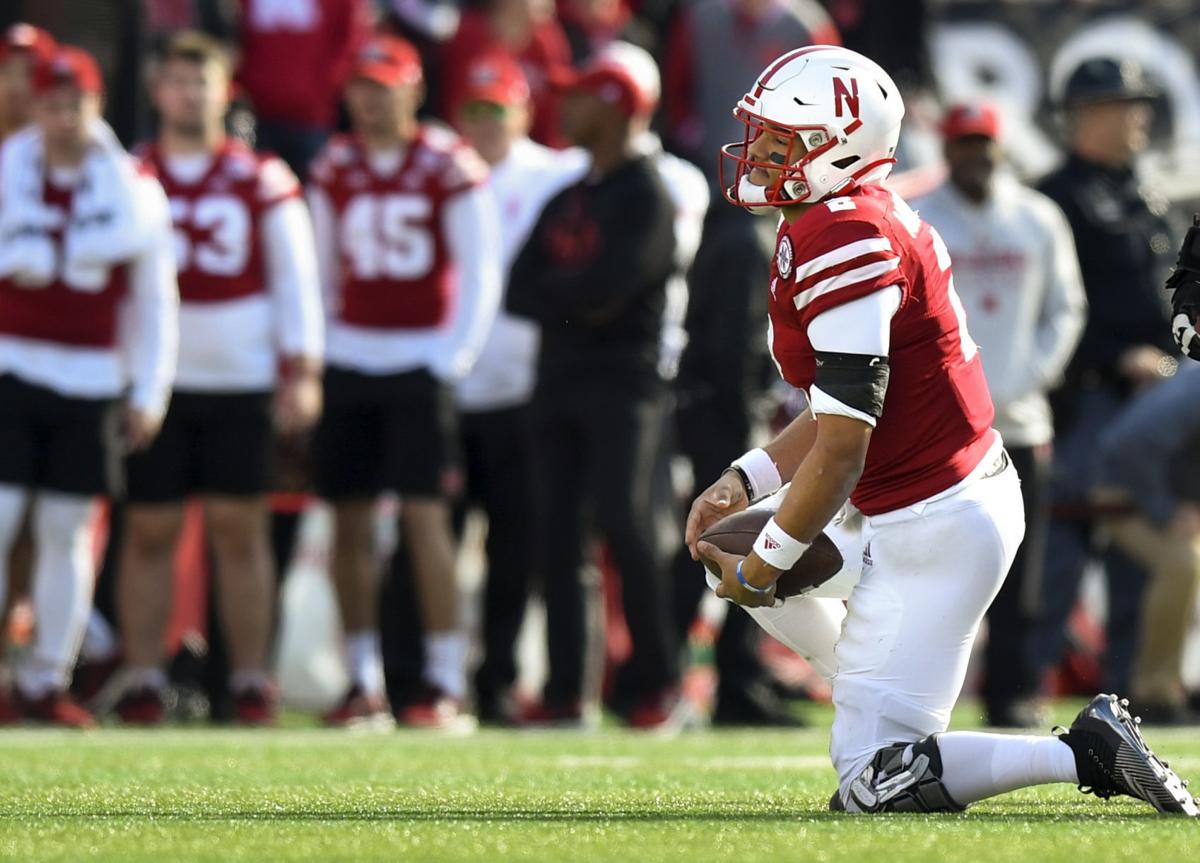 Nebraska quarterback Adrian Martinez gets up after a sack in the third quarter against Wisconsin on Nov. 16, 2019, at Memorial Stadium. 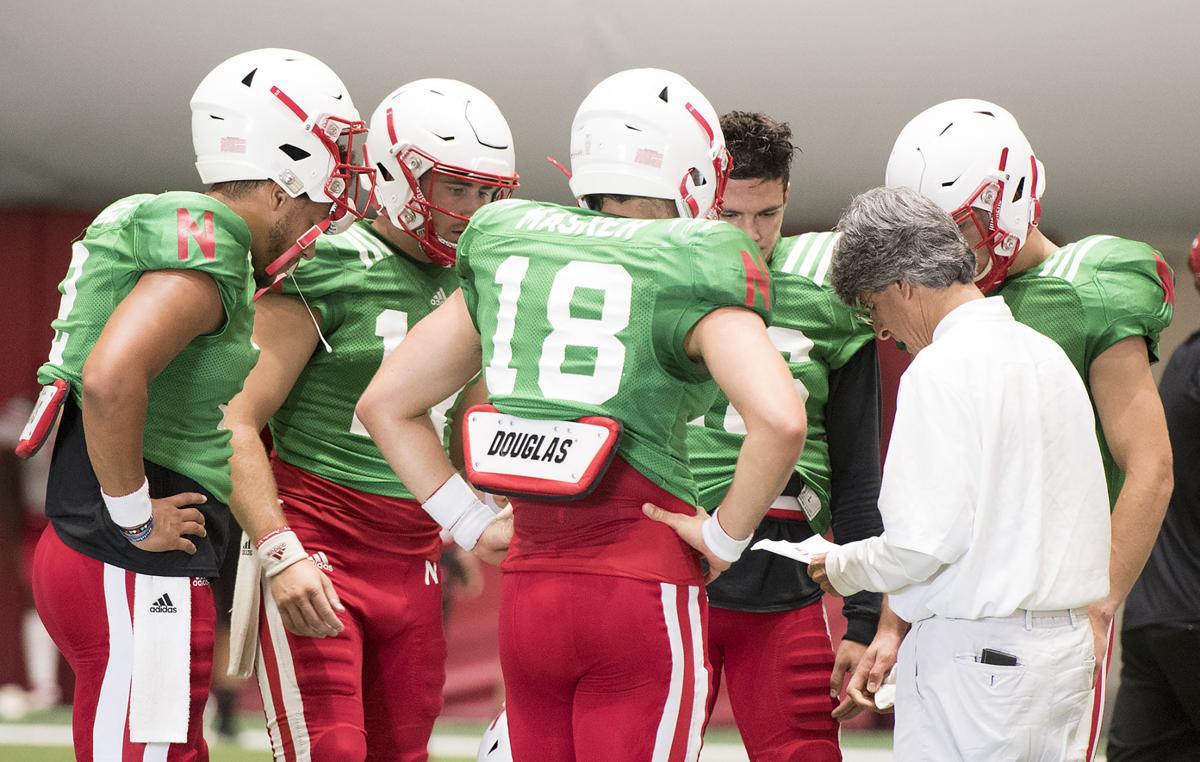 Martinez, though, perhaps didn't show quite the same level of "consequential attitude" during preseason camp last August that he did the previous August, Verduzco said Thursday during the "Husker Sports Nightly" radio program.

In August 2018, Martinez had to win the starting job in camp. That wasn't as much the case last summer because Martinez was so impressive as a true freshman in 2018.

In a year where newcomers will be counted on, juco WR Omar Manning tops Most Intriguing Huskers list

"I think he did probably take things a little too lightly (last August), maybe sometimes, as it related to practice when we started fall camp," Verduzco said. "I mean, he still worked hard and did all those sorts of things. But whether he had as much of a consequential attitude about things as he did his freshman year, I guess that would be up for debate."

Even so, Verduzco said, Martinez did well on playbook tests at every turn.

"I had no qualms about that piece of the puzzle at all," the coach said a day before Martinez and his teammates were to begin 2020's version of preseason camp in advance of the Sept. 5 season opener at Rutgers.

"Year 2, because of the situation, I think he was able to put it in cruise control a little more, and I think that showed up on the field a little bit," Nebraska head coach Scott Frost said in late June. "That's not to put everything on him. There's a lot of things he couldn't control. But I don't think he'll be lax in his preparation ever again."

Fast forward to Thursday, when Verduzco made clear that Martinez handled the mental part of his job "extremely well" last season.

"Particularly when you consider the amount of hype that surrounded him, that he never asked for," the coach said. "He never asked for any of that. So when things don't turn out exactly like you would like them to, some young guys can really get shattered by it. In my opinion, he did not. He battled through it like a warrior.

There obviously isn't as much hype attached to Martinez this year. What's more, Nebraska redshirt freshman Luke McCaffrey will try to push Martinez for the starting job after playing well in four games last season.

"Luke's hell on wheels. ... He's just a bright young cat who has a tremendous work ethic," the coach said. "He's done really well in the offseason. Cleaned some things up with his stroke that we've been working on since he arrived. That's getting better and better and better.

"The little bit that we were able to work together in spring ball, I was pleased with his development with regards at least to his stroke."

"I told coach Frost, 'Hey, coach, if you need any of these (quarterbacks) to play receiver, they'll be ready for you.'"

Meanwhile, true freshman Logan Smothers "is extremely athletic, fast," Verduzco said. "Had some stroke issues we need to get taken care of. He's been working on those since when he arrived."

The coach also had strong words of praise for walk-ons Matt Masker and Brayden Miller, both of Kearney.

"Both those guys are just your typical tough-ass Nebraska, Midwest kind of guys."

All in all, Verduzco said, he feels really good about his group of quarterbacks.

"Great group of guys, very supportive of each other — just like we demand them to be," he said.

The Huskers, who received three votes themselves, will play five teams included on the preseason poll.

Husker Takeout: Unboxing a busy day for Nebraska and the Big Ten; and other nuggets from Wednesday

The Huskers, who would have transitioned into shells next week before full pads, must stick with just helmets for now.

Although the Big Ten released its schedule Wednesday, the weekend brought ample speculation there will be no football season.

Nebraska quarterback Adrian Martinez gets up after a sack in the third quarter against Wisconsin on Nov. 16, 2019, at Memorial Stadium.