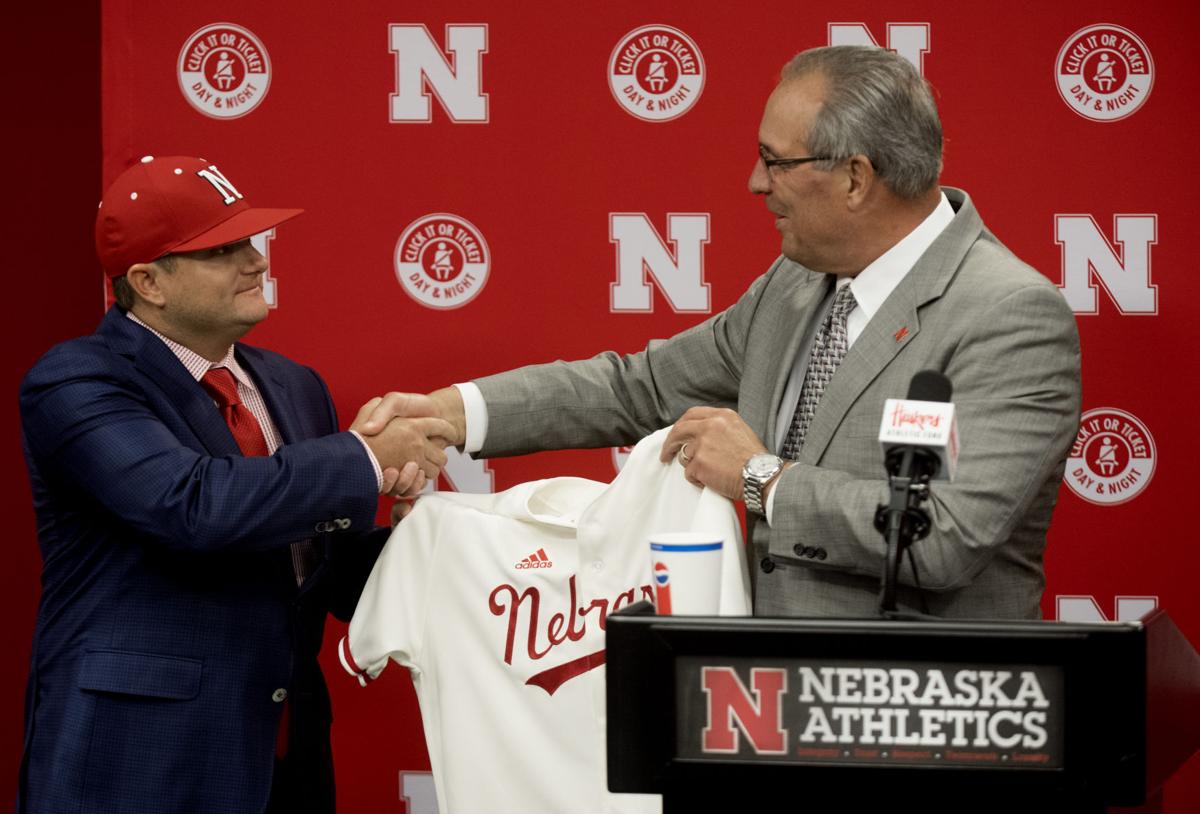 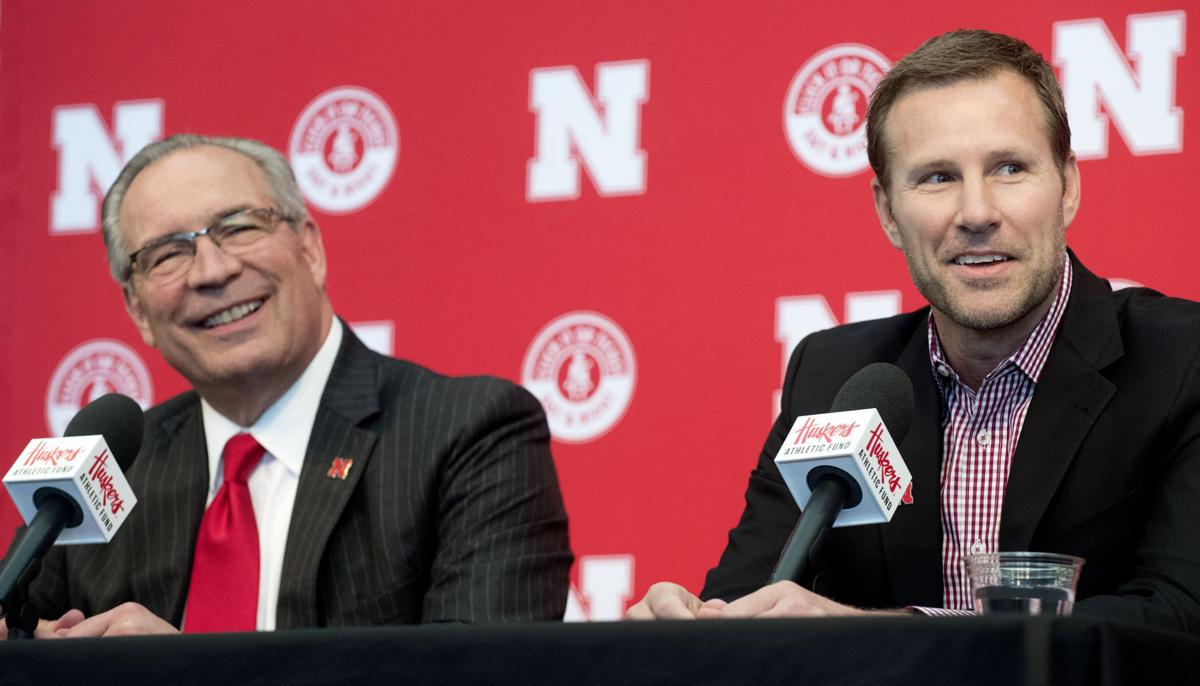 When Bill Moos officially retires as Nebraska's athletic director next week, he will do so as one of the shortest-tenured men to hold the position since 1928.

Moos' hire was announced Oct. 15, 2017, and he fully assumed AD duties on Oct. 23 of that year, meaning Friday's announcement comes three years, eight months and two days after his first day on the job. Moos will leave his post on Wednesday.

That means that when he steps away, Moos will leave Lincoln with the third-shortest tenure of Nebraska's 15 athletic directors.

Only Charles Miller and Joseph Soshnik, who served as interim co-directors for one year in 1961, and H.D. Gish, who was at NU from 1928-1931, have shorter tenures than Moos, who leaves as the highest-paid AD in school history with a $1.15 million salary.

In that short time, though, Moos made sweeping changes to Nebraska's athletic department in the wake of Shawn Eichorst's firing.

"The table is set here for great success," Moos told the Journal Star on Friday. "And as I told my coaches, a good, solid (athletic) program will produce winning teams. And this program is strong now. And it's rebuilt ... Some of the building blocks were OK, others had to be modified, some had to be completely changed.

"But you look at it top to bottom, and side to side, Nebraska athletics is in great shape."

Who might Nebraska target in a national search for Bill Moos' replacement?

But it wasn't just coaches where Moos shook things up. John Johnson and Garrett Klassy, the latter tabbed Friday as NU's interim AD, were both hired by Moos in July of 2019 to serve in senior deputy athletic director positions — essentially second in command behind Moos. Johnson was hired to oversee NU's administration staff as well as the Nebraska men's basketball program, the latter role previously occupied by Marc Boehm.

While Johnson handled mostly internal athletic department affairs, Klassy worked more with the external side, including marketing, communications, and HuskerVision. He is also overseeing Nebraska's shift to in-house multimedia and broadcast department.

"Garrett Klassy and John Johnson have been difference-makers. I truly wish I could have brought them with me from the beginning," Moos said. "We couldn't have realized the success we're seeing and going to continue to see without them."

Moos, of course, was also at the helm as Nebraska navigated its way through the COVID-19 pandemic, and was tasked with giving the final word on NU's efforts to cut costs, furlough some employees, and lay off others as Nebraska joined every other athletic department across the country in taking a big financial hit with the loss of revenue as games and seasons were moved or canceled altogether.

As fall 2020 dragged on with the Big Ten Conference dragging its feet on whether to have a football season, Moos was among the loudest voices calling for football to be played. He went to bat for Nebraska's effort to play nonconference games when it appeared there wouldn't be a Big Ten season. And he spoke out again when a schedule was finally created that sent Nebraska to Ohio State to open the truncated season.

And as the college sports world moves ever closer to allowing college athletes to make money from their name, image, and likeness Moos has been the public face of an athletic department that has worked to position itself at the front of the line for those changes.

"We will be the best in the country," Moos said with emphasis. "We are ready to go."

"I had 310 public appearances in my first 20 months on this job, and they weren't all in Lincoln and Omaha. They were in Valentine, Alliance, Scottsbluff, North Platte, Hastings, Nebraska City, on and on and on," Moos said. "I love those people. They're my kind of people.

"I'll always, always, remember our time here at Nebraska, and (that) I got a chance to contribute to one of the finest athletic programs in the history of this country and this profession."

What Husker fans are saying about Bill Moos' retirement

Great - all we need is more drama right now. Can we just play ball already???

Bad call. Something fishy is up

I have no idea what to make of Bill Moos being out as AD.

This is going to get mixed reviews but I loved Bill Moos and what he’s done in his time here. I am genuinely disheartened to see his time at Nebraska come to an end so abruptly.

It does seem weird. But since it's a "retirement" I'm assuming if there are other reasons they will not be public. I shouldn't speculate on here, I respect Moos for what he's done at Nebraska and I trust Carter and Green to hire a good replacement.

Welp there’s gotta be like a zero percent chance moos is just suddenly retiring for no particular reason right? Like we might not find out about it outside of rumors in typical Nebraska athletics fashion but there’s gotta be literally no way he’s just retiring out of the blue

For all that’s on Twitter right now, I will say that I’m thankful for Bill Moos, what he represented, and what he accomplished at Nebraska. I’ll withhold judgment and believe the best.

Oh and I’m not owed an explanation for ppl’s personal decisions. I’m not that important.

I have been a husker fan ever since Bob Devany came to Nebraska. I have always liked Bill Moos and think he did a great job at Nebraska. I wish him and his family nothing but the very best for the rest of their lives.

Bill Moos has been a supporter of our cause from the time he got to Nebraska. We are truly grateful for his help in the fight. Mr. Moos, we wish you the best in your retirement and thank you for your support of Team Jack. (Photo from the 2018 Team Jack Foundation Gala) pic.twitter.com/aYl2YAT0d0

I have thoughts about Bill Moos' departure from Nebraska, those thoughts will follow:

Photos: A look back at Bill Moos' tenure as Nebraska's athletic director

From three major coaching hires to a big-time facilities project, here's a look at the Bill Moos timeline

Moos was hired and introduced as Nebraska's 15th athletic director in October 2017. Here's a closer look a busy 3½-year run in Lincoln.

In a wild day, one thing was clear: Moos is going to miss Nebraska — no "apparently" needed. The rest of Husker Nation is left holding on for the ride.

Not only did a lost 2020 minor league season stunt the growth of the next generation of players, it also forced players to adapt.

Gunnar Gottula is the second member of Nebraska's 2023 recruiting class. Here's a look at what it means for the Huskers.

"Just had a great opportunity to get some really good, high-quality kids so far in the first couple weekends," NU coach Fred Hoiberg said during his Big Red Blitz stop in Grand Island.

With the beginning of preseason camp just a month away, it’s time for the Journal Star’s countdown of the 30 Most Intriguing Huskers.