Blaise Gunnerson had a bit of a headache after Saturday's game at Wisconsin.

The Nebraska freshman linebacker, in his first meaningful snaps as a college football player, had a how-do-you-do moment with a Wisconsin tight end throwing a fan block on him.

There was a harmless sting to it.

"But that's good for you," Gunnerson said. "That's football. We got to do what we love."

Steven M. Sipple: We can become callous about injuries, but Martinez's news is heartbreaker

There were no welcome-to-the-Big Ten hits, Gunnerson said, but this is what he has been patiently waiting for since arriving from Kuemper Catholic High School in Iowa in January 2020.

Fully healthy and with a better grasp of Erik Chinander's schemes, Gunnerson wants to show he can contribute sooner than later. He's getting that chance.

He was thrust into Saturday's 35-28 loss to the Badgers after Caleb Tannor went down with an injury in the first half. The 6-foot-6, 255-pound outside linebacker, making the travel roster for just the second time, picked up his first two career tackles in the process.

What did Gunnerson see on film?

Gunnerson's progression has been hindered by injuries. He had surgery on both hips at different times in high school before coming to Nebraska. He battled through some things during the COVID-19 season and missed the first part of fall camp this year. That put him behind several players, but Gunnerson said he just kept putting his head down and worked, even if that meant scout-team reps.

"Whatever opportunity I got, I try to give it my all and give my best effort," he said.

Gunnerson's big opportunity came during the Huskers' first bye week following the Minnesota loss. Chinander said the Huskers wanted to limit the reps that week for the older players, which meant more opportunities for young players like Gunnerson.

Chinander said he saw some errors from Gunnerson against Wisconsin, but he also saw some good things.

Gunnerson will likely factor into the defensive game plan for Friday's 12:30 p.m. home game against Iowa if Tannor is not available. The Huskers are already without senior outside linebacker JoJo Domann, whose season was cut short by a hand injury following the Purdue loss.

Fittingly, it will come against a program that Gunnerson, an Iowa native, knows very well, and a team he grew up rooting against. His parents are Iowa State fans, so Gunnerson followed their lead.

Yeah, he's received messages this week from back home. Most of his friends will be cheering for Iowa, they tell him.

Rest assured, Gunnerson hopes he has something fun to talk about when he goes home for the holidays.

"A lot of my friends will be watching," said Gunnerson, who is from Carroll, Iowa. "Yeah, it's going to be a big game for me personally. I got to play well and prepare myself accordingly."

Photos and video: The sights, sounds from Camp Randall Stadium, where the Huskers take on Wisconsin

It's possible we see some chaos on Saturday, particularly in the Big Ten West, where it could get crowded at the top if the ball bounces the right way.

The word with Ben Stille: The benefit of playing 30 minutes from home; a future in football; word association

Each week, we're taking a deeper dive with a Husker player for "The Word." Next up is Ben Stille, a defensive tackle from Ashland.

'I feel terrible for him': Husker QB Adrian Martinez out vs. Iowa, surgery likely after right shoulder injury

Adrian Martinez’s 2021 season is over. Is his career at Nebraska finished, too? That remains an open question for the immediate future.

Junior quarterback Adrian Martinez appreciated his coach’s willingness to fight, but knew nothing would change. More on the non-PI, and other notes.

Chris Basnett scouts the Iowa Hawkeyes ahead of Friday's game at Nebraska.

A certain local columnist is extremely interested in whether Scott Frost can right the Big Red ship, which indicates a belief it still can happen.

Football, dads, loss and Erik Chinander's place at the small-town heart of the Nebraska vs. Iowa rivalry

Football rivalries are provincial by nature, but those kinds of community roots are universal. In Allison, Iowa, the Chinander boys engender pride.

Frost on Martinez's future: "I don’t think that decision will take too long." 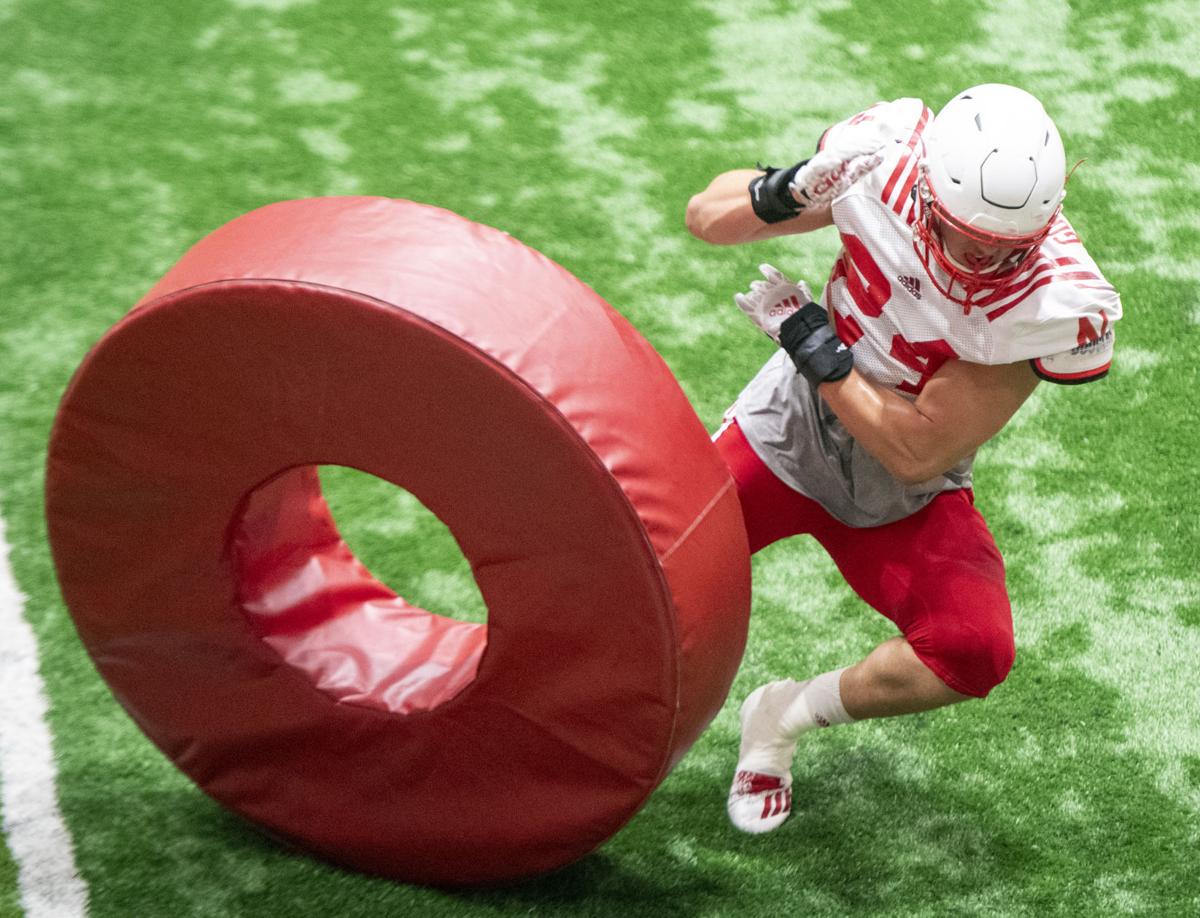 Nebraska's Blaise Gunnerson takes part in a drill during a spring football practice at Hawks Championship Center on April 7. 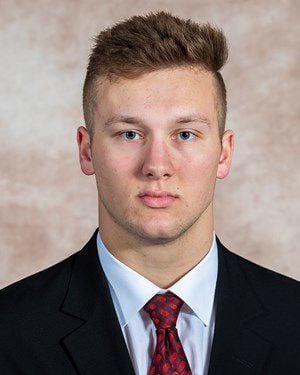