Subscribe
Read Today's E-Edition
Share This
The Word with Travis Vokolek: The violence of football, difficulty of playing tight end and a round of word association
0 Comments
Share this
1 of 2 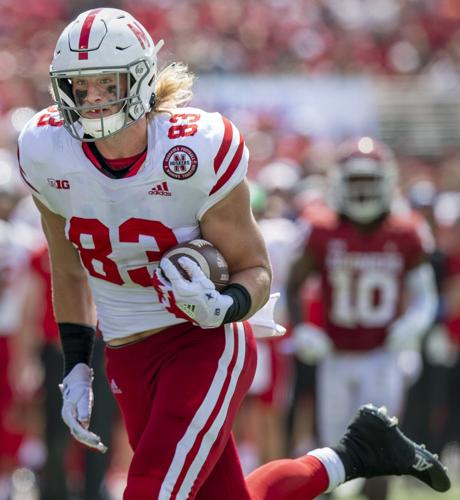 Nebraska tight end Travis Vokolek runs after catching a pass for a first down against Oklahoma on Sept. 18 in Norman, Okla. 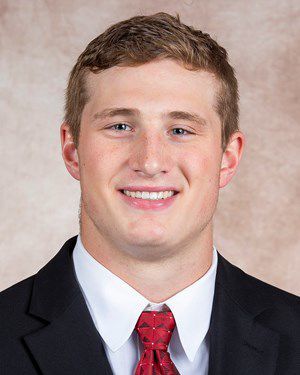 Each week, we're taking a deeper dive with a Husker player for "The Word." Next up is Travis Vokolek, a tight end from Missouri

“My favorite away stadium was Ohio State, but it’s for sure Oklahoma now. That was by far the coolest place I’ve played. We put up a great fight against them and unfortunately didn’t get the win. Oklahoma is a top program, and is every year. It was loud, and the students were right behind us and saying stuff. I’m not going to repeat anything they said — it’s not the best stuff. It was a challenge and you really got to stay focused on the game and not what the people behind you are saying."

“Friday scrimmage are just when all of the redshirt guys go out and do a little scrimmage. You’re just trying to work on the stuff that you need to get better at, whether that’s footwork or catching balls. My (redshirt year after transferring from Rutgers) Matt Masker was my quarterback and Brayden Miller was the other quarterback. It was awesome seeing guys go out there and just throw the ball around and really try to work on stuff and showcase it in front of the coaches. We always used to joke around that we’d just go out there and just throw fade balls all of the time in Friday scrimmages. I wouldn’t say it worked every time, but there were multiple times that it did work."

Two-Minute Drill: Adrian Martinez's 'interesting picture' that involves leadership on and off field

“I love everything about football. The workouts, the guys, the challenge of having to come up with schemes to beat defenses. And the violence of it. You can come out there and hit someone as hard as you can and get away with it."

Watch now: JoJo Domann not buying into the hype, excitement for Michigan game: 'It's football'

"We still have a lot of work to do," Scott Frost said. It was the perfect response in the context of the program's recent history.

Each Nebraska player wore a new charcoal gray suit and white shirt with a red tie and pocket square in an idea Scott Frost had in the summer.

Raiola's visit to Nebraska on Saturday came on a week off the prep gridiron, where he recently had his best game.

Dominant win secured, Nebraska has its next challenge: 'Click the reset button now'

The Huskers haven't won consecutive league games since Nov. 2018. Since then, NU has followed a win with a loss five times — and it hasn't been pretty.

Michigan provided a rude Big Ten intro to the Frost era in 2018. Have the Huskers closed the gap?

Plenty of chatter Monday from the Huskers about a 2018 drubbing at the Big House. It's reasonable to assume NU is better positioned now.

Red Report: Left side of OL played well; DL Rogers happy to be back from injury; 'stud' Betts coming on

Scott Frost said he saw improvement from his new-look offensive line, and that kicks off a jam-packed Monday notebook.

Adrian Martinez took a hard shot to his jaw Sept. 25 at Michigan State. If it's still bothering him, as has been speculated, he isn't saying so.

Can Jaquez Yant be a difference-maker for the Huskers in the second half? 'That's what we're working on'

"Yards after contact is something we talk about all the time,” says Matt Lubick, and that's an ability Jaquez Yant flashed Saturday night.

The Word with Damion Daniels: Playing with his brother, a team-first mentality and word association

Each week, we're taking a deeper dive with a Husker player for "The Word." Next up is Damion Daniels, a defensive linemen from Dallas.

Nebraska tight end Travis Vokolek runs after catching a pass for a first down against Oklahoma on Sept. 18 in Norman, Okla.