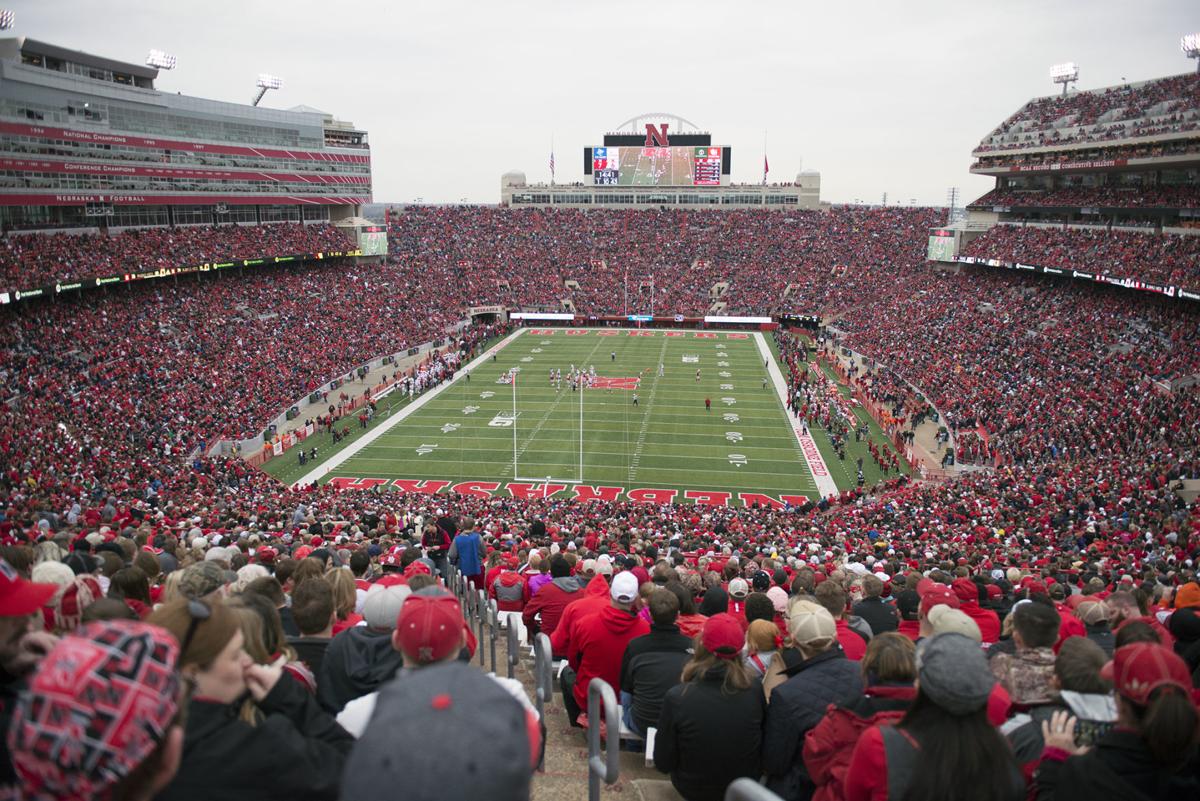 A packed stadium watches the first half of the Red-White Spring Game on Saturday, April 21, 2018, at Memorial Stadium. 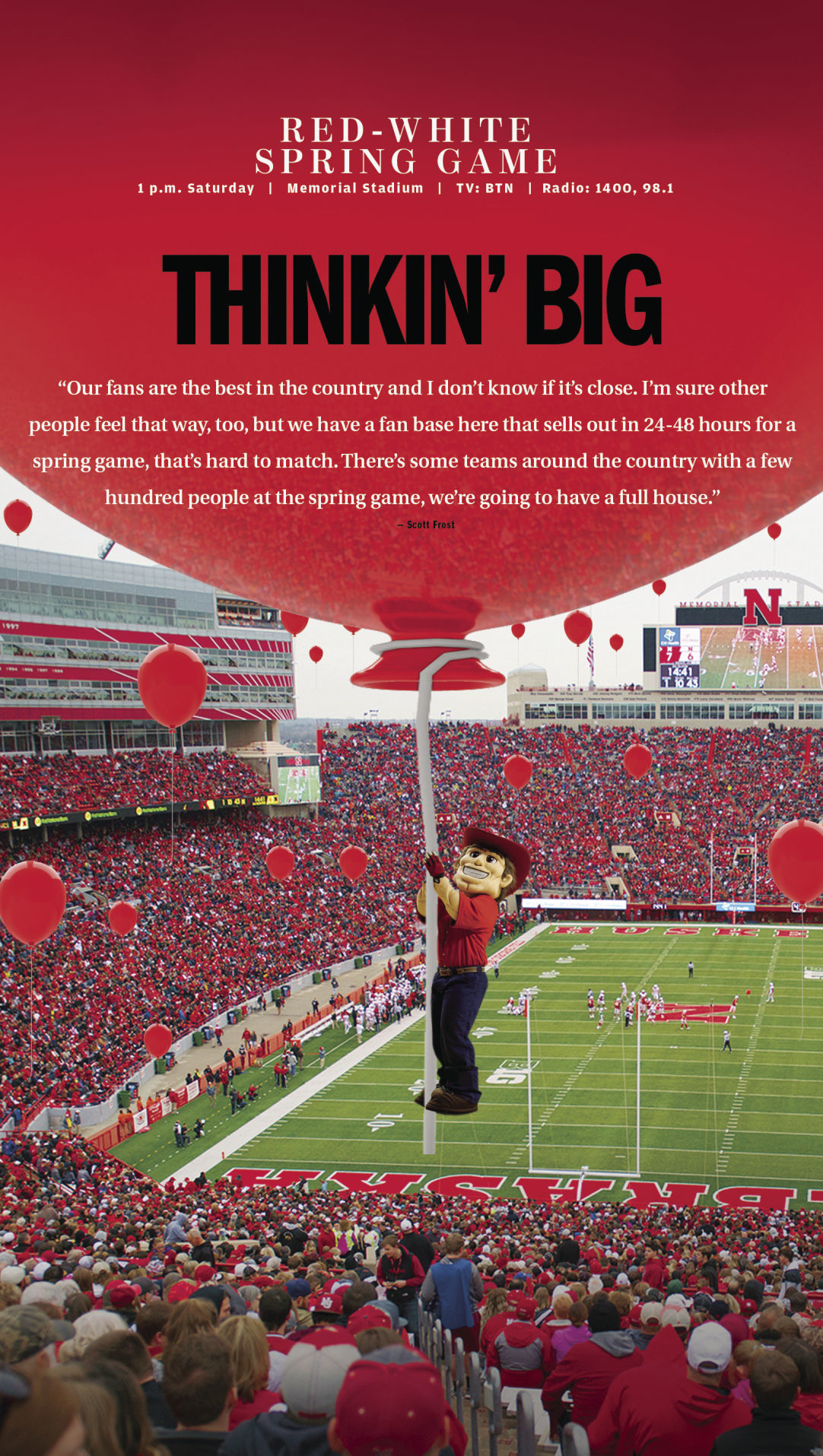 All you have to do is look at the numbers. Spurred by Scott Frost’s hire in December 2017, the school has sold out Memorial Stadium in consecutive years, and the only question come 1 p.m. Saturday is whether the exact attendance number tops last year’s record of 86,818.

While Nebraska’s huge spring game crowds have always been more the exception than the rule, it’s also safe to say that the divide is only growing. In fact, more and more schools have gone away from the format entirely or modified their events in significant ways.

[ WATCH: Parker Gabriel and Steven M. Sipple talk about what to expect in the Red-White Spring Game ]

“I think people are going away from the spring game format in large part because a coach’s biggest priority coming out of that game is keeping everybody healthy,” Frost said Wednesday. “You don’t want to see anybody go down in the spring game when it’s friendly fire and you’re going live against yourself.”

Then again, not everybody sells out a stadium in April. Really, part of the reason the Sea of Red will see a full scrimmage Saturday is because the Huskers feel a sense of duty.

“Nobody else sells out their stadium or very few sell out their stadium, so we can’t go out and not play a game,” Frost said. “Eighty-seven thousand Nebraskans are going to show up to watch us play and we owe it to them to play a football game.”

There are precautions taken, of course. The quarterbacks wear green noncontact jerseys, just as they do during normal practices. Many of the players who are established starters will play one half or less before mostly backups and scout-teamers take over. They are not being bashful about keeping players out of the game who are dealing with minor injuries, even if some like Wan’Dale Robinson and JD Spielman would be among the day’s top attractions.

In the grand scheme of things, though, these are rather modest steps to take.

All you have to do is look around the Big Ten. Northwestern doesn’t hold a spring game at all. Wisconsin’s was canceled due to weather in 2018 and this year the Badgers aren’t having a traditional spring game, opting instead for an open practice to close out the spring session. Iowa is having turf replaced currently so there is no spring game. Time will tell if they reinstitute it next year or follow the Badgers’ lead of not going back.

Ohio State is having a spring game this weekend — like NU’s it’s being televised on BTN — but it will feature no live tackling. The Buckeyes instead will "thud it up," head coach Ryan Day told reporters there.

Minnesota has attempted to hold a spring game, but it’s been disrupted by injuries, weather or, this spring, both, for three straight years under P.J. Fleck.

“Our fans are the best in the country and I don’t know if it’s close,” Frost said. “I’m sure other people feel that way, too, but we have a fan base here that sells out in 24-48 hours for a spring game; that’s hard to match. There’s some teams around the country with a few hundred people at the spring game; we’re going to have a full house.”

[ WATCH: Chinander on what to expect in the Red-White Spring Game ]

One has to wonder if Frost and company saw the photos from Florida State, a traditional college football power, where photos from before the game showed a mostly empty stadium and the school later announced a crowd of 27,901. To be fair, the Seminoles were one of six schools in the nation in 2018 to have at least 60,000 (and one of nine with more than 50,000) at their spring game, aided in part by having a new head coach in Willie Taggart.

We’re about 15 minutes from the start of FSU’s spring game. pic.twitter.com/G6YThBKx1a

NU defensive line coach Tony Tuioti will experience it for the first time this weekend and said he expects it to be unlike his previous college stops at Cal, Michigan and Hawaii.

"It’s going to be nothing like this and I’m excited about that," Tuioti said. “I don’t think there’s anywhere in the country that has something like this. It’s unique in its own right and I’m looking forward to it.

“I say to my players all the time, whether there’s one person in the stands or 90,000 in the stands, they’re going to get the same show. If we approach practice that way and attack that way, it doesn’t really matter, but it does make it more fun when people are out there cheering for you so we’ve got to come out and give them a reason to cheer.”

The Huskers aren’t the only ones left who are going to go live and have a full scrimmage. Michigan will mix scrimmage into a practice at the Big House. Up the road in East Lansing, Mark Dantonio made clear his intentions for a free event at Spartan Stadium.

“It’ll be a scrimmage,” he told reporters. "It’s not gonna be a tag-you-off-touch-you deal. We will play. We’re looking forward to people coming out.”

So the spring game isn’t dead yet. It may be dwindling in some corners, but it’s not going anywhere in Lincoln, Nebraska.

“I don’t think we’ll ever go down that road because of the support we get and the unbelievable amount of fans that show up at the spring game,” Frost said.

[ WATCH: Frost on Spring Game format, practice as a whole ]

Who's in, who's out and what to expect from Saturday's Red-White Spring Game

Steven M. Sipple: Why Nebraska fans should hope Blackshirts take on attitude of their leader

A sincere congratulations to Nebraska defensive coordinator Erik Chinander for the quote of the spring. “I ain’t happy anymore with winning some practice,” he barked during a recent workout in a video put out by the school. “I’m trying to win in September.” Beautiful. Just beautiful.

Touted true freshman Wan'Dale Robinson is still feeling the effects of a hamstring tweak he suffered early in spring practice, while veteran standout JD Spielman has been limited with an undisclosed injury. The Red-White Spring Game is set for Saturday.

Ryan Held is a man of many hats.

Are you heading to the Red-White Spring Game? Here's what you need to know

Are you among the near-90,000 planning to attend the Nebraska Red-White Spring Game on Saturday at Memorial Stadium?

An intriguing 2020 DL, a 2019 official visit and more on tap for busy Husker recruiting weekend

Husker sophomore quarterback Adrian Martinez has a value in Nebraska's football program that can't be overstated, and his spring play has made it hard to pump he brakes on the Martinez hyperbole.

Get ready for the Spring Game with an easy, breezy positional guide to the Huskers

Steven M. Sipple: With Frost and Fred, this spring game could be more memorable than most

The 2019 Red-White Spring Game could feel a bit like a welcoming party for Fred Hoiberg and a coming home party of sorts for Doc Sadler. But don't forget about the football part. Many pundits project Scott Frost's squad to experience a turnaround season in 2019.

A packed stadium watches the first half of the Red-White Spring Game on Saturday, April 21, 2018, at Memorial Stadium.