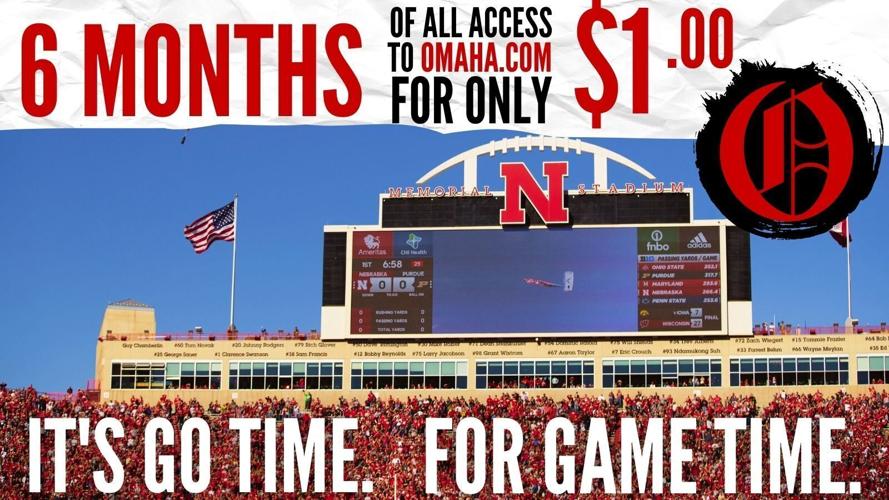 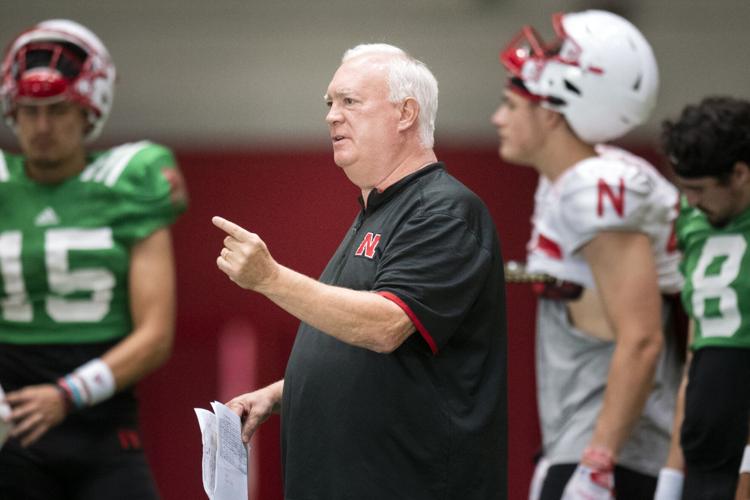 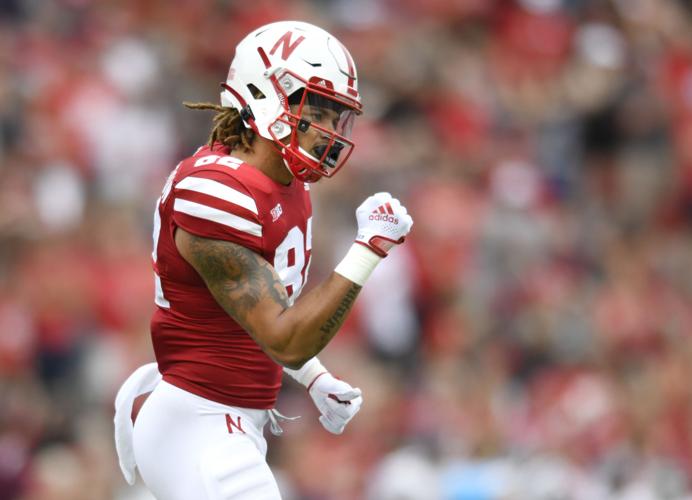 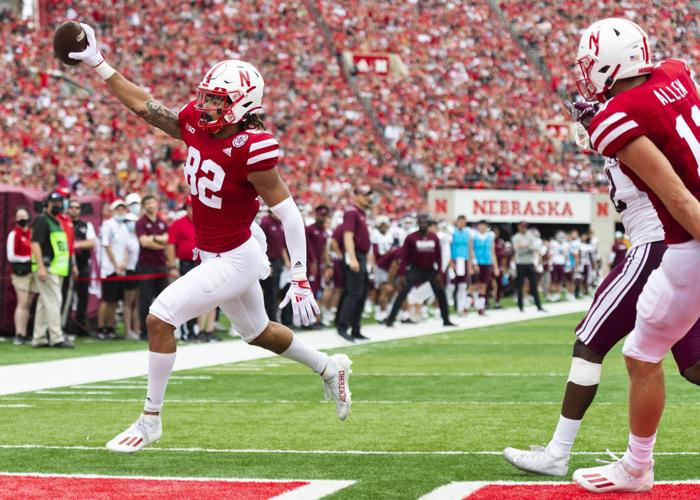 Nebraska's Chancellor Brewington (82) runs in for a touchdown against Fordham on Sept. 4, 2021, at Memorial Stadium.

The competition for Nebraska’s second tight end spot has been “fierce” in fall camp, according to tight ends coach Sean Beckton.

After Monday’s practice, Beckton named Nate Boerkircher, Chris Hickman and Chancellor Brewington as contenders for that spot. He also mentioned that Creighton Prep grad AJ Rollins, who did not practice Monday, is “in the mix” for that spot. And Norris grad James Carnie had “one of his better days” on Day 5 of camp.

Offensive coordinator Mark Whipple said Brewington, who added 15 pounds to his frame this summer, moved up the depth chart this summer. Brewington said he did so by “being a professional,” which included working out between three and four times per day.

“I can feel it,” Brewington said. “I’m moving people more.”

The Huskers are still waiting for the next move from Council Bluffs Lewis Central grad Thomas Fidone, a former top-100 recruit. Fidone has not yet practiced this fall due to a knee injury.

“The only person I’ve really anointed has been Travis (Vokolek),” Beckton said. “I’m looking for guys to be (numbers) two, three, four — fill out the rest of the roster.”

Bando ready to prove himself in sixth season: Whatever Broc Bando goes through in the coming months, it almost certainly won’t be worse than last September.

The Nebraska offensive lineman was ready to make his first start against Buffalo and go from there. But that week he came down with mononucleosis. Rhinovirus too. Then bronchitis. He dropped 30 pounds to 280 in a few days, bedridden and unable to eat.

“I thought I was dying,” Bando said Monday.

After Huskers WRs had their 'butts whupped' by DBs, Mickey Joseph searches for leader, consistency

The interior blocker out of Lincoln Southeast came back to appear in nine games a season ago but never felt his best. He wondered if that was how his career would end.

So he did, taking advantage of the free pandemic year to run it back for a sixth and final college campaign. He continues to trend toward making his first career start in his 30th career game this month in Ireland. Right guard is where he’s spending most of his time.

Bando is fully recovered, he said, and holds a prove-it mentality shared by many players much younger than him. Same goes for another guy as old as him, center Trent Hixson, also a holdover from NU’s 2017 class.

Both are on their third O-line coach as they prepare for their first day in pads Tuesday. One last fall camp to show what they can do on a line that will take all the experience it can get.

“If one of the five guys does their job wrong, the play is dead,” Bando said. “We have to be a unit and do our job.”​

* Brewington appreciated the fanfare for his crack-back blocks at the goal line last season, but the former wide receiver wants to showcase his pass-catching skill set in 2022.

“I just want to add more to the offense, be more of a versatile tight end,” he said. “(The blocking videos) are cool; I love the fans. But this season, I want to prove what I can really do.”

“We obviously have stuff to clean up,” he said, “but I think we’ll do a little bit more (red zone work) tomorrow.”

Photos: Check out sights from a Husker football practice

Corn This Way: Episode 5- Who wants to watch me stretch for 20 mins?

On today's episode of "Corn This Way," we get ready for a big Monday in Husker athletics and get a visit from the "Swag Tractor."

The nation is taking note of Nebraska linebacker Luke Reimer, who was included on the watch list for the top defensive player of 2022.

Four-star 2023 edge Ashley Williams decommits from Nebraska. Who could take his spot in the class?

Ashley Williams cited "recent events" and "a lapse in a communication" in a tweet announcing his decision.

From Big Ten West contender to 'all-bus team,' here's what national scribes are saying about Nebraska

There's high praise for the Huskers — particularly on defense. But preseason gurus also identify some question marks in their evaluation of Nebraska.

Nebraska’s quarterbacks have talent, but Mark Whipple wants to shape their minds first

What Mark Whipple needs most is the quarterbacks’ collective attention. He needs their minds to marry his concepts with the defensive look and begin to prioritize or cross off options based on them.

Mickey Joseph didn’t have to venture out of state while an assistant coach at LSU. He does now, and he has adjusted to how far and where Nebraska needs to go to find players.

'Dudes are getting pancaked': Nebraska special teams practicing with renewed vigor this fall

The Huskers' special teams lacked consistency, cohesion — and a coordinator. This fall, however, they've seen an uptick in care.

Predictably, an FCS opponent is Nebraska's "easiest" matchup this season. But, which game poses the most challenge? Here's a full list, from No. 12 to No. 1.

Nebraska's Chancellor Brewington (82) runs in for a touchdown against Fordham on Sept. 4, 2021, at Memorial Stadium.