States running out of vaccine, cancel first doses for thousands. Find out the latest pandemic news. 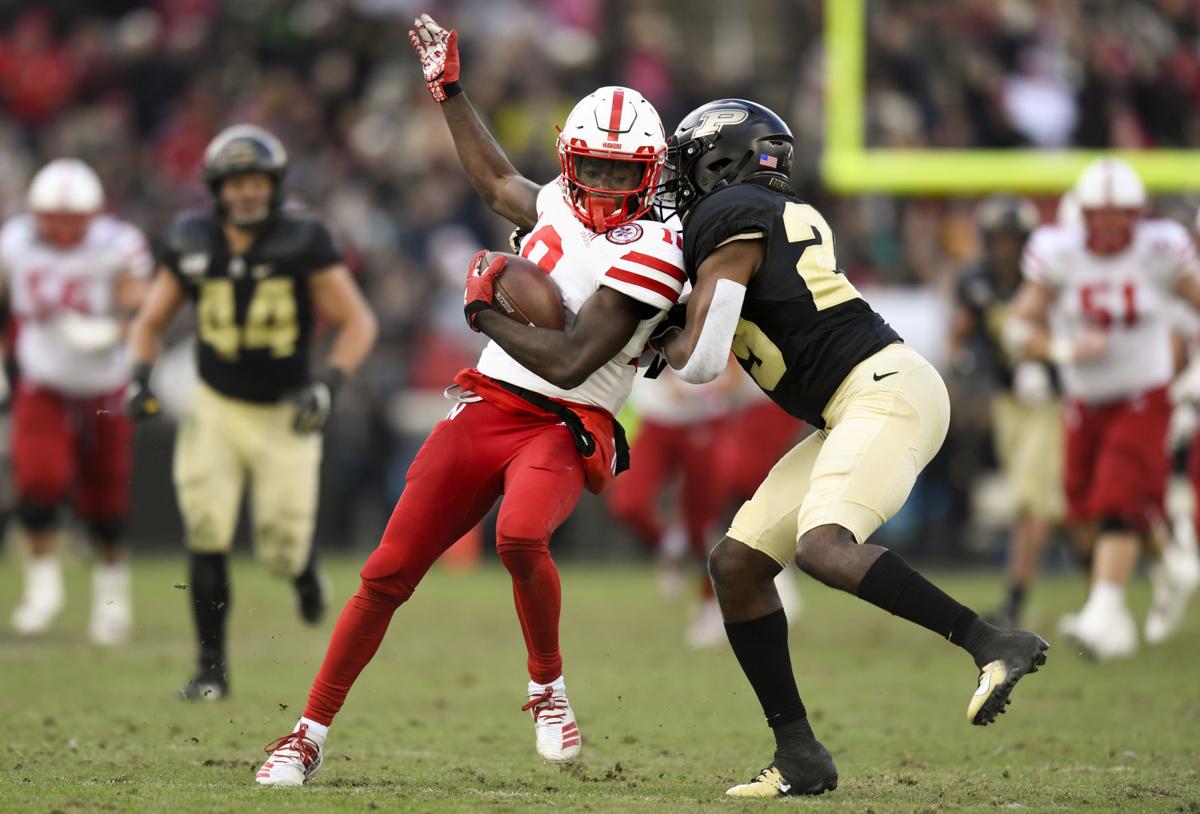 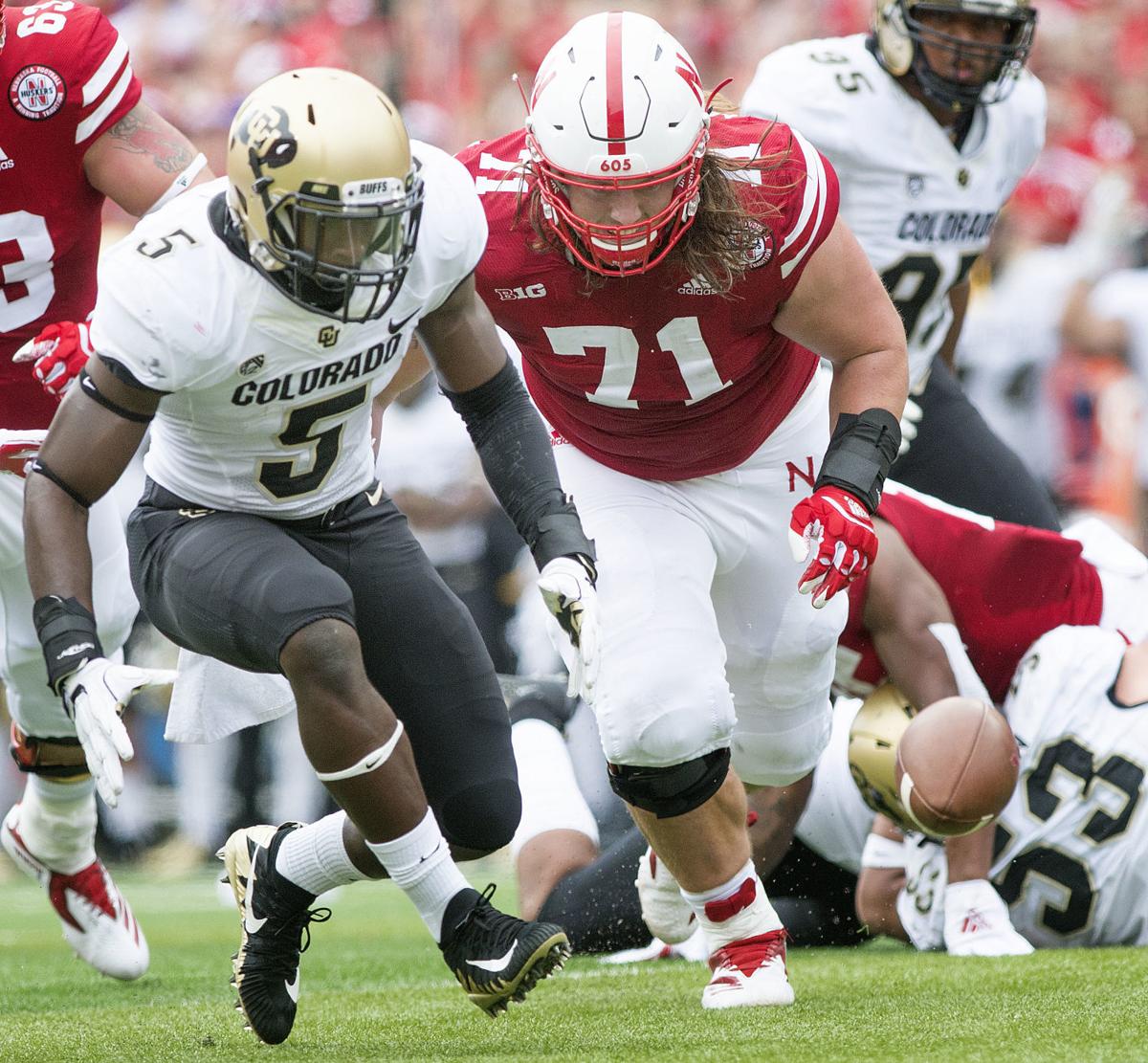 The Nebraska football team will give receiver JD Spielman space as he works through the personal health reasons that have taken him away from the Huskers as NU begins spring practice.

The team announced Spielman was away from the team and home in Minnesota on March 2, one week before spring practice started.

“We're keeping tabs on him and wish him the best while he's dealing with things that he has to deal with,” NU coach Scott Frost said Monday. “Hopefully we can get him back at some point.”

Frost said a limited Martinez is the team's No. 1 QB for now, among other topics in spring ball-opening press conference.

The door remains open for Spielman to return to the team, Frost said, but any decisions on the receiver’s status with the Huskers don’t appear to be imminent.

“We're kind of just backing off right now and making sure that he's able to do the things that he needs to do,” Frost said. “I think there'll be a lot of dialogue down the road, but right now we just wish him the best.”

Hickman moves outside: One of Nebraska’s most intriguing young players has made a move to start spring ball.

Redshirt freshman Chris Hickman, who came to NU as a tight end, will play receiver for Nebraska in the spring.

With Nebraska's lack of depth at the receiver position, Hickman's 6-foot-6, 215-pound frame provides a large target at a position where both size and depth are sorely needed.

“I think he has enough experience at tight end that if we need him he can go and be a second tight end and do those things too,” Frost said. “Being in his second year, familiarity with the offense will certainly help with that. We need him outside right now, and he had a good first day.”

Hickman played in four games before redshirting last season as a freshman from Omaha Burke. He had one catch in his four appearances.

On defense, redshirt freshman Javin Wright is similarly versatile. The 6-3, 205-pounder is a defensive back, but defensive coordinator Erik Chinander said he could play corner, safety or potentially move down a level to outside linebacker.

Wright, Chinander said is, “a ridiculously smart player. We can do whatever we want with him.”

Farniok working at guard: Senior offensive lineman Matt Farniok will work extensively at guard during the spring, Frost said, but nothing is set in stone for a unit that will be one of Nebraska's most experienced with five returning starters.

"They're all going to get reps, and it's going to shake itself out," Frost said. "Where (Farniok) ends up is going to depend on whether a young tackle or guard gets better."

Farniok has played in 31 games and started 28 for Nebraska, including 24 consecutive starts at right tackle. He also made two starts as a redshirt freshman right guard in 2017.

On that front, Frost mentioned redshirt freshman tackle Bryce Benhart as a player who could make a big jump in the spring.

"Bryce is probably like a lot of young guys," Frost said. "The talent is there. There's no doubt he has the ability to do it. We're just waiting for him to cut it loose."

With Husker spring ball (nearly) upon us, here are five storylines to watch

Here are five storylines to watch as Nebraska kicks off spring football on Monday.

Frost didn't elaborate on just what that announcement would entail, but said Nebraska is in a better position than many schools to take advantage of potential legislation allowing college athletes to earn money.

“Nebraska’s always been a leader and an innovator at a lot of things. I think the NIL decisions will benefit us greatly,” Frost said. “There’s very few places in the country where a player’s name, image, likeness, personality can benefit them more than at Nebraska with the fan base, the excitement around here.”

Nebraska in recent weeks has released several hype videos of current players, including Adrian Martinez, Dicaprio Bootle and Cam Taylor-Britt, among others, that have included a personalized logo for each player.

“I think Nebraska’s been doing a great job with that. Football kind of took the lead on it,” Frost said. “I think Bill Moos and (senior deputy athletic director) Garrett Klassy have done a great job of kind of following football’s lead a little bit, and trying to make sure that we’re at the vanguard of that for the athletic department.”

Defensive line look: Nebraska’s defensive line will have a new look this season with the graduations of Darrion Daniels and twin brothers Carlos and Khalil Davis.

But coach Tony Tuioti seems to like the options he has as he begins to sort out what things will look like.

Ben Stille has been a veteran presence and a leader in offseason drills, Tuioti said Monday, as has Damion Daniels.

Then, behind those two, are a bunch of newcomers. Transfer Jordon Riley (6-6, 327 pounds) is behind Daniels at nose guard. Sophomore Ty Robinson can play either nose or defensive end, as can Keem Green, who transferred in last season.

“So I feel like we have four legitimate noses that we can play, and they’re all pretty athletic in doing that,” Tuioti said.

Last month, Frost hired Jonathan Rutledge as a senior special-teams analyst. Rutledge is going to handle the schematics off the field and then coordinate how the full-time assistants implement the plan during practice. That’s a departure from the setup last year, when former outside linebackers coach Jovan Dewitt was also the special-teams coordinator.

“I didn’t really want to burden someone like (new outside linebackers coach Mike Dawson) with making sure our outside linebackers improve and handling all four special teams. That’s a heavy role,” Frost said. “So I wanted somebody that could kind of do the Xs and Os and schematics off the field for special teams, and then really train our coaches to go out and implement it with our players.

“It’s going to save our position coaches a lot of time and we’ll have someone whose entire time is dedicated to making sure our special teams are better.”

Frost said each assistant will have a special-teams role and that NU is testing out assignments for the spring.

“Rut (Rutledge) is kind of in the command center and doing it and giving us the vision, and then for me, as a guy who grew up as a I-AA coach or going back to my Maine and New Hampshire days, if you’re coaching linebackers, you’re coaching every single special team,” Dawson said.

“We’re all in the room together, so for me, the more I can help and the more eyes on — even if Rut says, ‘Hey, Mike, I want you to watch this one guy on this play’ — great. Give me something to do. I’m not going to stand out there and drink Scott’s Gatorade or something on the sideline.”

Gray, Gifford out for spring: As of Monday, just two players were expected to miss all of spring ball with injuries.

Frost said freshman defensive backs Henry Gray and Isaac Gifford would both be out with shoulder injuries. A few other players will limited or out temporarily, Frost said.

Watch: Jaimes firm in saying it doesn't matter to OL who plays quarterback

Watch: Farniok says last year's line felt "half a step off"; talks working at other positions

While Nebraska football media and fans fixate on what Scott Frost lacks on his roster, he's likely focused on what he does have in the fold.

Through two seasons, Cam Taylor-Britt is seen as a leader. So maybe it was no coincidence that he sported a not-so-subtle message Monday.

Luke McCaffrey is working exclusively at QB right now. But come fall, if he isn’t “the guy,” a move to receiver could be in play, Scott Frost says.

Huskers' Ready Now program, a first of its kind, the latest in evolving name and likeness landscape

Nebraska's new Ready Now program is aiming to put the university at the forefront of an ever-evolving national conversation about college student-athletes and their ability to capitalize on their own name, image and likeness.

Erik Chinander's spring plan for his defense makes sense. But Nebraska fans know better than to take for granted that improvement will occur.

Life in the Red: Freshman Smothers learning the ropes in Husker QB room

The Heisman Trophy-winning former Nebraska quarterback on Wednesday was elected into the College Football Hall of Fame as part of the 2020 class.