On a day when Nebraska football made national news for bagging a Beaver, a Husker defensive end was recovering from a tussle with a raccoon.

Jack Gangwish was driving north on 27th Street about 3 miles north of town Wednesday night when he spotted a raccoon on the side of the road and decided to take a picture.

The 21-year-old got out of his 2002 Chevy Duramax pickup truck and tried to take a photo with the animal using his cellphone, but the raccoon attacked, biting Gangwish in the calf.

He knew the animal should be tested for rabies, so he grabbed a crescent wrench with the aim of subduing it.

Things didn’t work out that way, unfortunately for the raccoon.

Gangwish said authorities are testing the raccoon carcass for rabies.

Authorities in the Nebraska Panhandle say a woman has died in a home explosion that injured her adult daughter.

Husker defensive end Jack Gangwish has his stolen truck back.

Biggest viral stories on JournalStar.com: Toddler stuck in the claw and more

Check out some of the strangest stories to make news in Lincoln in the past few years.

Valparaiso family's pet raccoon to be euthanized, tested for rabies after concern over bite

Charlie, the pet raccoon of a Valparaiso family, has been condemned to die. 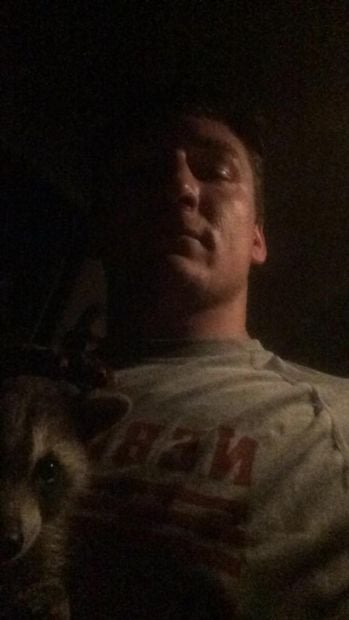 Husker Jack Gangwish poses with a wild raccoon that bit him. 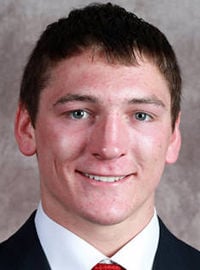