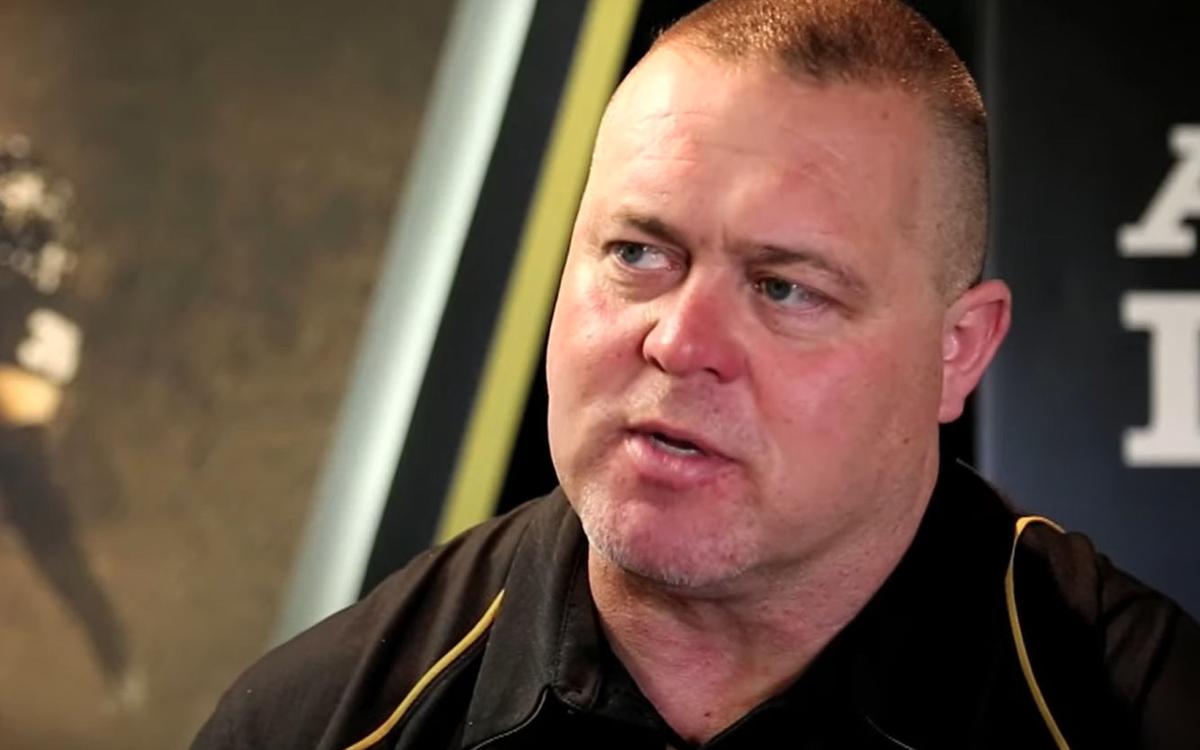 Keven Lightner, a former Husker offensive lineman, was recently released from a Lincoln hospital after a monthlong stay battling COVID-19. 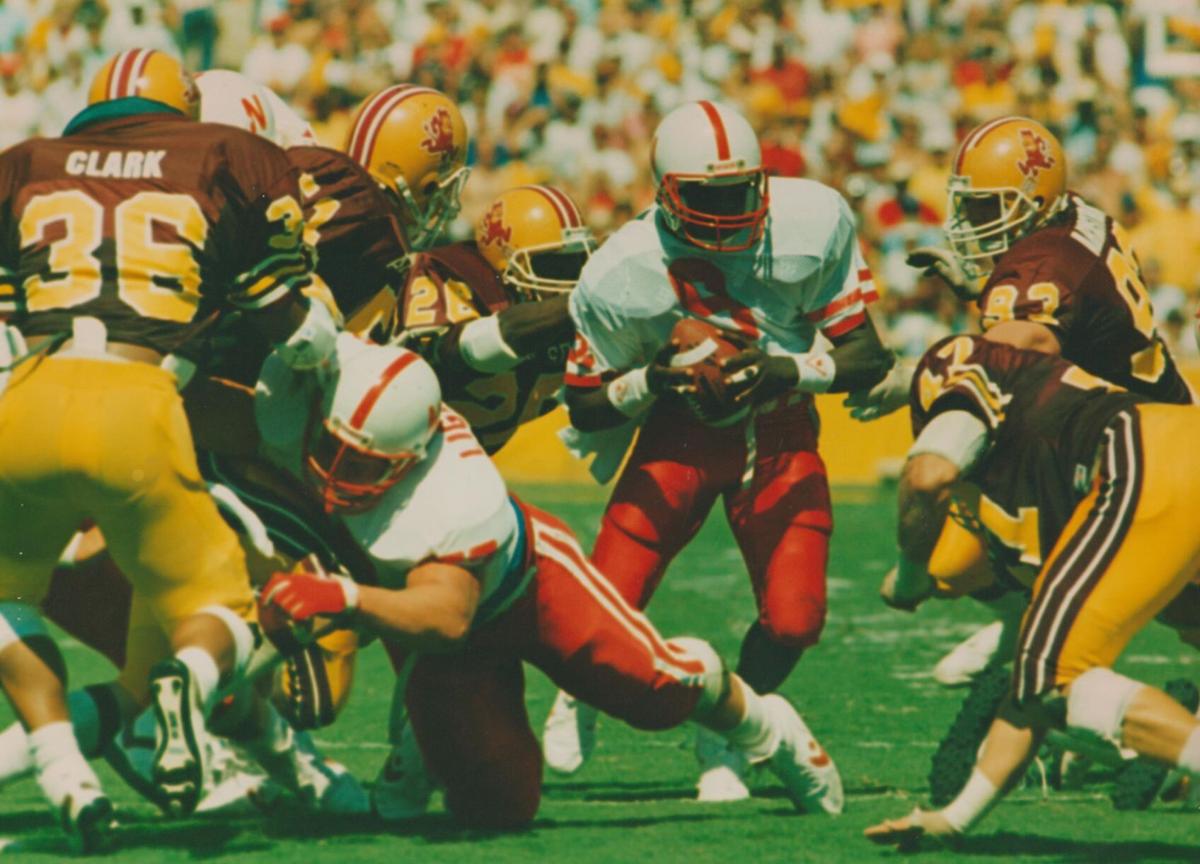 Keven Lightner couldn't catch his breath. He actually felt like he was drowning.

That's when he decided he better go to a hospital.

"Every time he coughed, he felt like he was going to pass out," said Erin Lightner, the ex-wife of the former Nebraska standout offensive lineman and longtime collegiate football coach.

Keven Lightner, who turned 55 on July 4, has been hospitalized in Lincoln for just more than a week with the most severe case of COVID-19 his nurses have seen regardless of age, Erin Lightner said Tuesday. She said he's on full life support, but his fever is down.

The two remain close as they raise teenagers Kade and Alexis.

A former standout athlete at Adams Central High School, Keven Lightner was a first-team All-Big Eight offensive tackle for Nebraska in 1987, starring for a Husker team that finished 10-2. In the months preceding the 1987 season, Lightner was regarded as the program's strongest-ever player, having recorded a 441-pound bench press while squatting 756 pounds.

No one had ever squatted 756 pounds at NU's strength complex, according to then-Husker strength coach Boyd Epley.

Before his recent illness, Lightner still worked out regularly, Erin said, and she feels his strength and overall good health have been important in helping in his battle against a wicked virus that has claimed 156,000-plus lives in the United States alone.

"He's shown an ability to power through things that maybe anybody of any other type of health status would not have been able to do," she said.

She said he entered CHI St. Elizabeth on July 28 and since has been on a ventilator, "with the exception of when he had enough wherewithal to sit up in his bed even though he was restrained and break through his restraints, and pull (the ventilator) out on his own, which is really horrific because a lot of trauma can be done internally."

"They said it was like the Incredible Hulk," she said. "He's super-strong, super-fit. He had no underlying conditions. He works out six days a week."

Lightner received his positive test result for coronavirus on July 25. His symptoms began six days earlier with a cough, "and day by day it literally wove in and out of every COVID symptom that there is," Erin said.

For the past five seasons, Lightner has been coaching football in a Japan professional league. Although he was visiting Lincoln, he had been scheduled to fly back to Japan on July 4, but coronavirus-related travel issues prohibited it.

In addition to Lightner's health complications, his situation is made more challenging by the fact that his health coverage in Japan doesn't cover him in the United States. A GoFundMe page was set up by close family friend Kelly Leipold — wife of Buffalo head coach Lance Leipold, with whom Lightner coached at UNO (1998-2000) — to help with hospital costs.

Meanwhile, Kade Lightner, a recent Lincoln East graduate, "is presumed positive even though he tested negative," Erin said. "He was with Keven for days while we were waiting to find out Keven's test results."

Kade Lightner is in the middle of a 14-day quarantine.

"We are OK with putting all this out there because we encourage people to wear masks, wash hands and practice social distancing," Erin said. "If this can happen to us, it can happen to anyone."

Nebraska coach Scott Frost called Erin Lightner last week, the day after Keven had broken through his restraints in the hospital.

"At the end of the phone call, Scott said, 'When Keven makes it through this, you make sure you tell him that he did Husker Power proud by doing that,'" Erin said.

Scott Frost said he thinks the junior QB was "able to put it in cruise control a little more" in 2019. That shouldn't be the case this fall.

Juco transfer DB Joseph is on campus, enrolled at UNL to become official member of team

The final addition to the 2020 recruiting class is officially a member of the team after arriving on campus and enrolling at UNL over the weekend.

Ty Robinson is a candidate to become a "game-tilter" for a Husker defensive line group that has options, but not a lot of certainty.

Bill Moos, on the notion of playing football in spring: "If it's an option, in my opinion, it's the last option."

Nebraska has tested roughly 250 student-athletes and staff, and there have been eight positive tests, including five football players.

Bill Moos says it is "huge what we just did today" in praising the Big Ten football schedule and discussing its flexibility through bye weeks.

Husker WR Omar Manning to wear No. 5; what are the other newcomers wearing?

Nebraska football is starting preseason camp on Friday and along with that, the program announced via Twitter some new player numbers.

The Huskers, who received three votes themselves, will play five teams included on the preseason poll.

With many unknowns being a given, here’s a starting-point guide to preseason football camp for the Huskers.

In a year where newcomers will be counted on, juco WR Omar Manning tops Most Intriguing Huskers list

Physically, Omar Manning is a player Nebraska has not had in recent years. And the Huskers will need him. Here's why he is No. 1 on our list.

The number of new COVID-19 cases was down again in Lancaster County, following a trend that began after the mayor mandated masks in public places.

Keven Lightner, one of the NU football program's all-time strongest players, says his physical fitness helped save his life.

Keven Lightner, a former Husker offensive lineman, was recently released from a Lincoln hospital after a monthlong stay battling COVID-19.