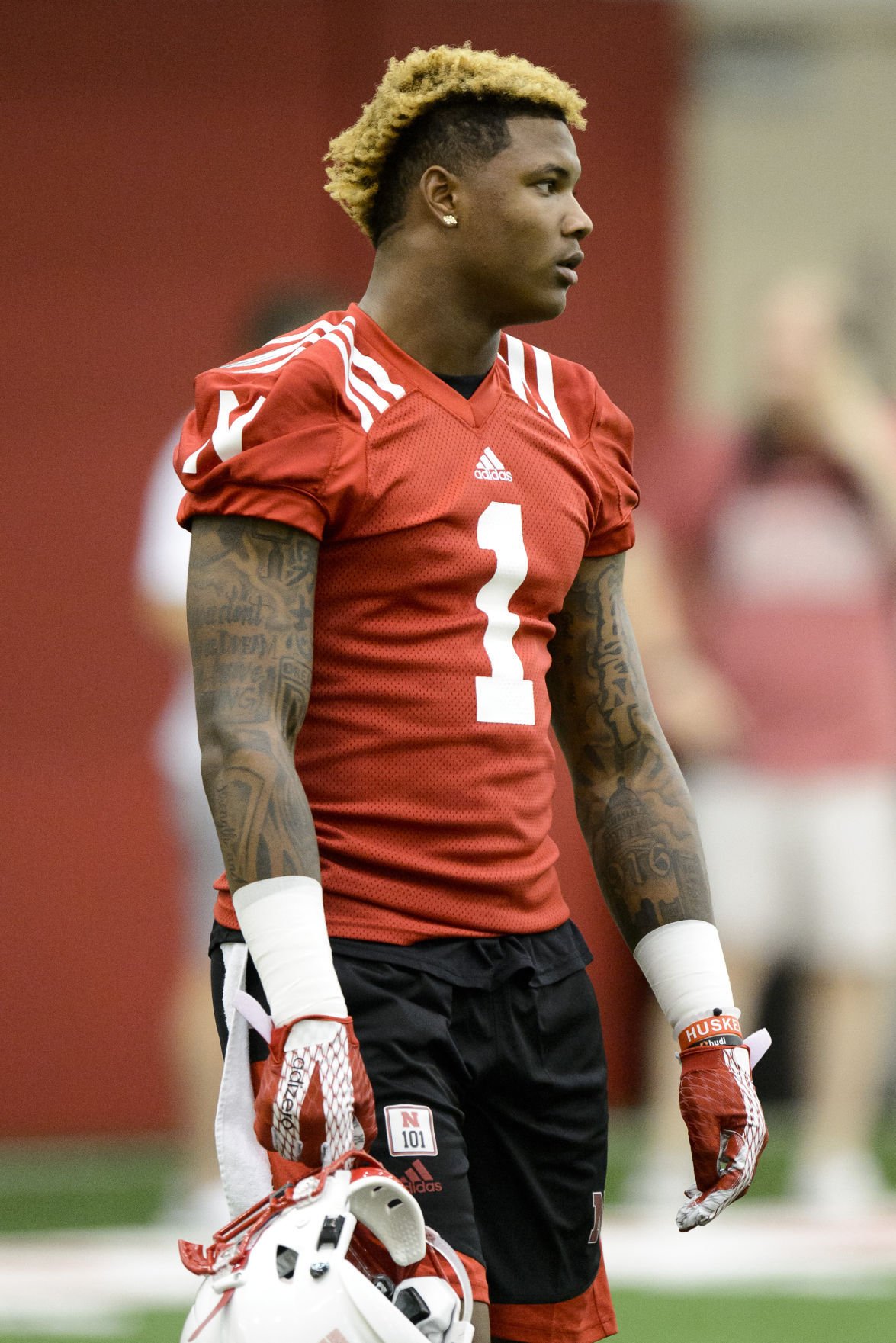 Lamar Jackson is one of the top players in the Huskers' freshman class. Husker coach Mike Riley has said five or six true freshmen could play this season. 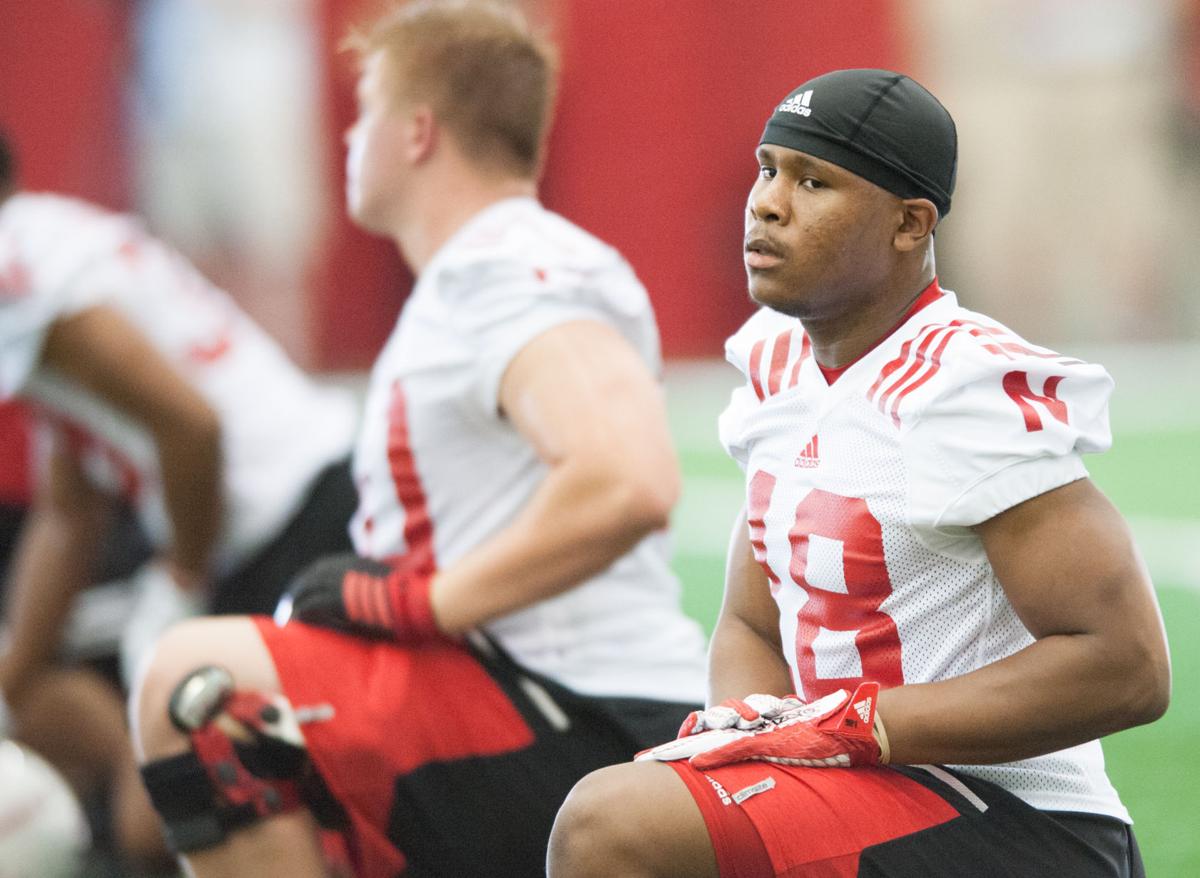 You're at the top of the food chain. Your phone is getting blown up with calls from college coaches. Stories are actually getting written about what college you might attend. Fans you've never met are retweeting you. Some are sending you art they've made of you in their team's uniform. You're only in high school, but you're the man.

Then one summer day you pack your bags, grab your shower caddy, and set out to live that college life and be the man somewhere else.

Maybe it's understood going in, or maybe it takes a few days after your arrival, but it quickly becomes clear: There are about 100 other guys on the football team you just joined who were used to being the man too.

What's an eager true freshman to do? Husker senior tight end Sam Cotton has a suggestion. Embrace being on the bottom rung again. Remember you were there once before.

"Having to fight to get noticed when you're used to being a star in high school is necessary," Cotton said. "Because if you're a guy that's just a star in high school and everybody is still on their knees bowing down to you, then you're never going to really have that internal drive to go out and seek extra help and make yourself as good as you can possibly can be."

It very likely will be tough going early. Husker head coach Mike Riley has said five or six true freshmen could play this season. Maybe you're one of them.  But the majority won't play. And even if you do, you almost assuredly won't own the glamorous role you did just a year ago as a high school star.

Remember, Ameer Abdullah was a kick returner as a freshman before becoming one of the top rushers in school history. Ndamukong Suh had a medical redshirt season his first fall in Lincoln.

Junior Chris Weber, who's worked his way from walk-on to one of the key cogs at linebacker, said the best thing a new player can do is not get caught up looking around at all the distractions. Head down, go to work.

"You can usually tell the guys that come in and will play right away and the guys who will take a little while just because of how they carry themselves," Weber said.

Nebraska coaches did their homework before fall camp even began on true freshmen who might check the right boxes to be able to play this season.

Riley didn't name them before the first practice, but did say, "we came up with five or six names that we want to push into this thing and see how they do in the first two weeks."

Husker fans and media will play their guessing games. Running back Tre Bryant had an "impressive" summer, Riley said. The Huskers need to build depth at cornerback and four-star recruit Lamar Jackson will immediately pop into the minds of many. Punter Caleb Lightbourn now seems a likely candidate to play right away.

JD Spielman and Derrion Grim, an early enrollee, could be options at receiver, but that's a loaded position. Matt Farniok is a highly-touted newcomer at tackle, and the Huskers are thin there, but O-line is not an easy spot to get on the field in Year 1.

This staff likes to use linebackers on special teams. They did so a year ago with Tyrin Ferguson to get his feet wet. So you can comb through the names there (Quayshon Alexander, Greg Simmons and Pernell Jefferson), or think of a hybrid-type player like JoJo Domann, whose high football intellect drew praise from defensive coordinator Mark Banker on Saturday.

"If a guy can start on special teams and can be a factor in playing in games, then we’ll consider not redshirting him. That's a big issue," Riley said. "We're not going to get into that deal where we're not sure if a guy is going to play a couple plays a game. We're not going to do that."

These are not always easy decisions.

But one thing Riley definitely wants is for newcomers to show up on campus with the intent of making an impact right away.

"Don't come here anticipating to redshirt," Riley said of his message to true freshmen. "Come here ready to go, because there will be three, four, five, six guys that we don't redshirt. I really believe that. Who that is exactly we obviously don't know. We have an idea a little bit, just watching guys work out and knowing where we need help, those two things."

A year ago, Aaron Williams showed up as an early enrollee with a plan to play right away. Fans and media were talking about other recruits more than him.

When that opening game arrived, though, Williams was on the field on the first play.

His advice to the new guys: Learn your playbook. Play with confidence. Those are the two biggest things.

De'Mornay Pierson-El certainly had that confidence.

It was only June of 2014 when he arrived in Lincoln as a Husker. By the end of November, he had become a household name in the state, with a nation-leading 596 punt-return yards and 321 receiving yards. He visited the end zone seven times.

What he'd tell true freshmen is to remember everybody in the program has been where you are now. Follow directions. Ask for help.

"Because any question is not a bad question," Pierson-El said. "Just find what you can do. Take it piece by piece. Start off with aligning right, then getting certain routes. Just take it slow. Don't overthink things and think everybody's on you, because everybody's been in your position."

And, as Cotton said, relish the fact nothing is going to be given to you and a lot of work is in store.

Just the way any athlete should want it, right?

"Because guys that became stars in high school, they weren't just given it. They had to earn it," Cotton added. "So coming to college is a good time to start over, it's a benchmark where you say, 'I can start earning it again.'"

You know what will get an old coach feeling good? Start to make a defensive signal and not even have to finish it. Because players are finishi…

Sipple and BC: True freshmen in the spotlight

Steve Sipple and Brian Christopherson run down true freshmen with the best chance to play right away for the Huskers.

Aaron Williams is doubling down on his football homework.

Josh Banderas can tell you the importance of perseverance.

Lamar Jackson is one of the top players in the Huskers' freshman class. Husker coach Mike Riley has said five or six true freshmen could play this season.