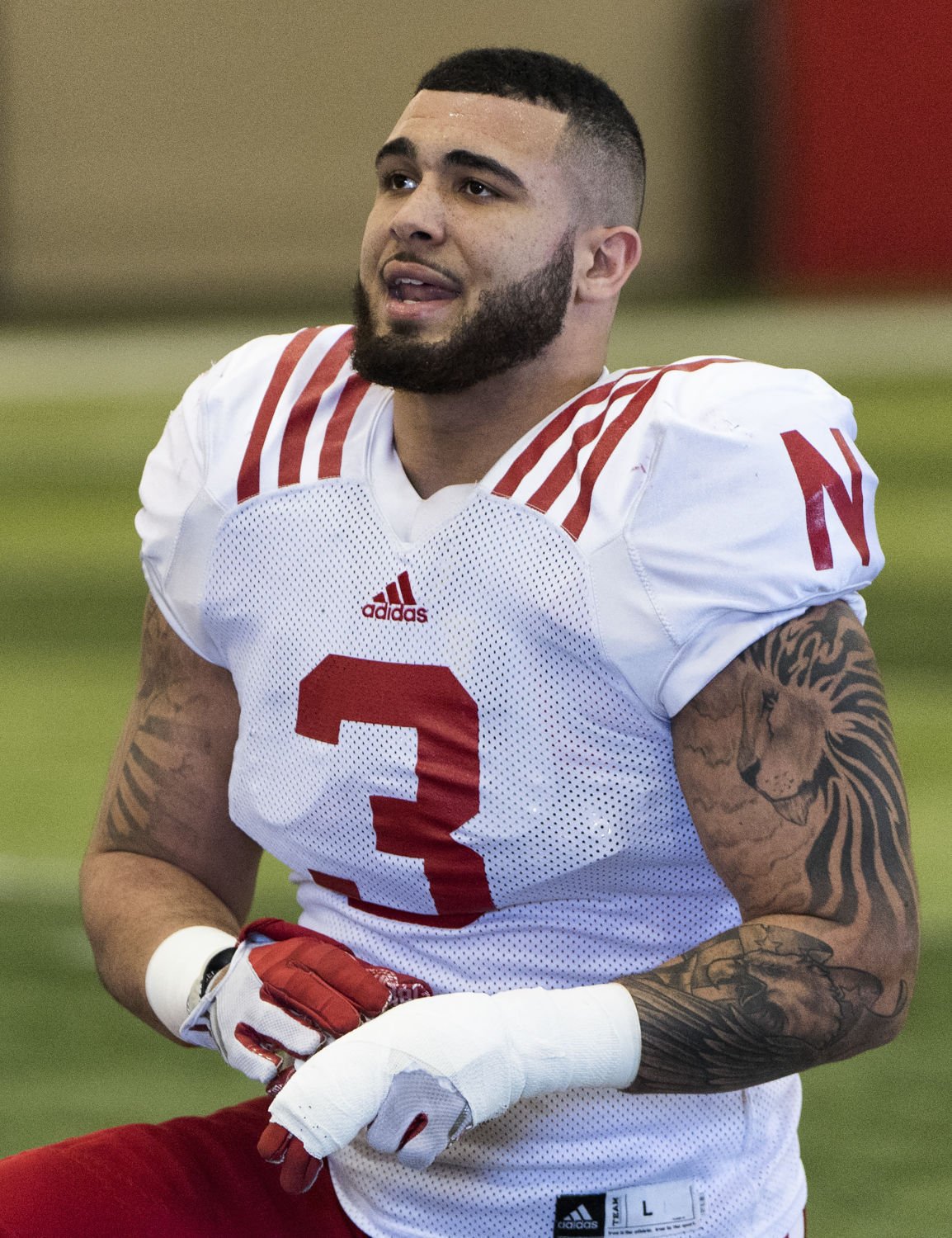 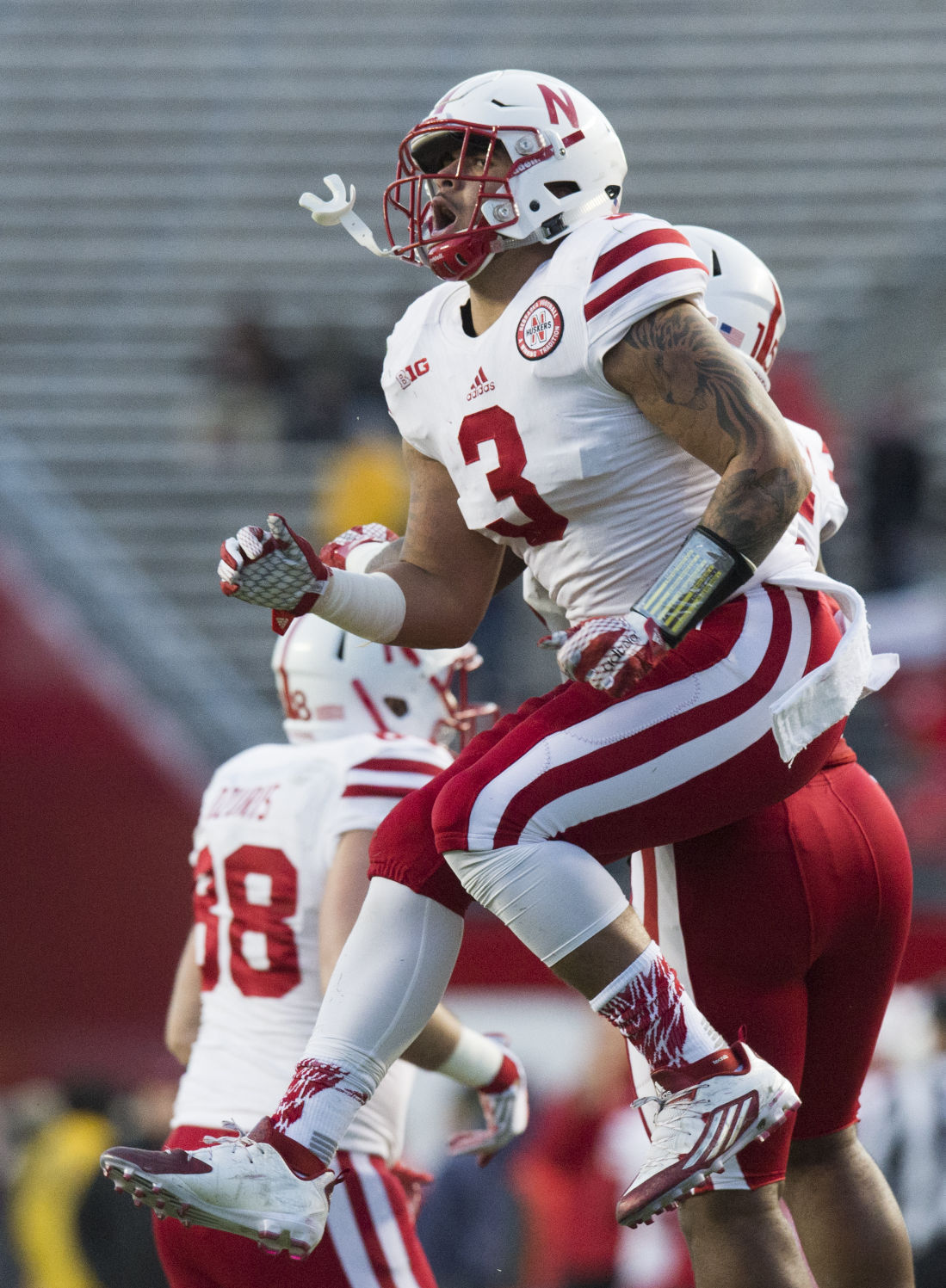 Marcus Newby is one of his team's most explosive athletes, and he's on the rise — literally and figuratively.

"Newby has been as consistent this spring as he's ever been," Trent Bray, the Nebraska linebackers coach, said.

A junior outside linebacker, Newby essentially is on even terms with Michael Rose-Ivey and Dedrick Young, Bray said. That wasn't necessarily the case last season, and especially last spring. When fall arrives, only two will be starters, so Bray's challenge will be finding meaningful snaps for all three.

"I consider all three of those guys starters right now," Bray said.

Rose-Ivey, a senior who this spring appears to be in the best condition of his life, was limited to seven games (three starts) by a nagging groin injury last season. Young last season made 11 starts as a true freshman, while Newby appeared in 10 games, starting six.

The 6-foot-1, 235-pound Newby, a four-star recruit coming out of Quince Orchard High School in Maryland, was among Nebraska's elite-level leaders in pre-spring practice performance index testing, which essentially indicates the team's best overall athletes. Newby was particularly proud of his vertical leap of 34½ inches.

During spring drills, he has shown a better understanding of his assignments, which helps explain his improved consistency.

"Especially last year at this time, Marcus had very little clue about how he was supposed to play the position," Bray said. "But as fall went, he grew and grew to where right now he's playing at a high level. He knows where he's supposed to be for the most part.

"With his physical tools, if he can continue doing that, then you have a player who can help us a lot."

Newby, despite missing three games last season because of injury, recorded 34 tackles, including five for loss. His strength is defending the run — he's an explosive tackler and is physical with his hands. He gained confidence as last season progressed.

His most significant improvement has occurred in pass coverage — especially in his zone drops.

"Toward the end of last season, I actually improved," he said. "But I wanted to improve more this spring. That's what I'm trying to focus on."

Newby has been practicing despite a deep bone bruise on the inside part of his right hand. He willingly pushes through the pain. His rise this spring is symbolic of the Nebraska linebackers' momentum as a group.

Bray now can look around the linebacker meeting room with a good handle on what certain guys can do.

"Last year, there was maybe one guy you knew that about," he said. "That's a good feeling. If we can grow as individuals, and grow as a group, we have a chance to do something pretty good."

"Especially toward the end of last season, you could see the improvement we made as a whole," he said. "Everybody was stepping up, even myself. Guys were able to step up and play when guys came down with injuries. … It's nice to have so many guys who can play. Everybody's fresh. Everybody doesn't have to play 80 plays."

In the Spring Game, Bray wants his players to be assignment-sound. Secondly, he wants them to be physical while executing their assignments.

"I've harped on them to know their jobs — know where your fit is (in the run game), know where you have to get to on a pass, and then do it as hard and as fast as you can once you know," the coach said.

In last Saturday's scrimmage, Bray's players defended the pass well but fell short of his expectations in run defense. Players tried to do too much. They vacated gaps. It was uncharacteristic for a group that generally played the run well last season.

"If anything was a strength last year, it was our run defense," Bray said. "And in the (Big Ten) conference, it has to be."

Newby hears his coach loud and clear. His improvement is proof.

It gets a little crazy when anyone from the Calabasas crew tweets something about Husker football.

Steven M. Sipple: If eyes have it, Bray's linebackers can thrive

He tells you of the importance of defenders' eyes in football, and you listen, in part because of the intensity in his eyes.

Through five spring practices, Nebraska defensive coordinator Mark Banker has seen plenty of bright spots, even though the Huskers have kept t…