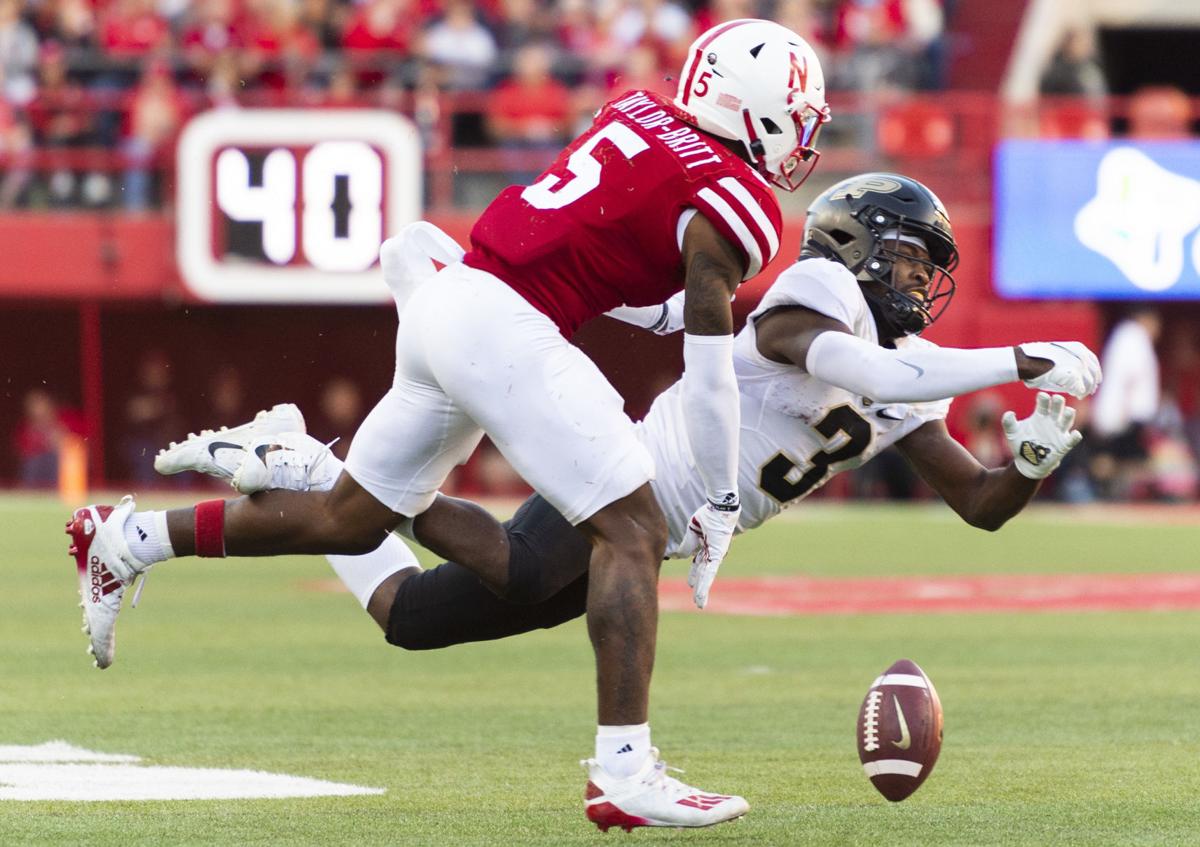 Purdue's David Bell can't quite catch a pass while under pressure from Nebraska's Cam Taylor-Britt in the third quarter on Saturday, Oct. 30, at Memorial Stadium. 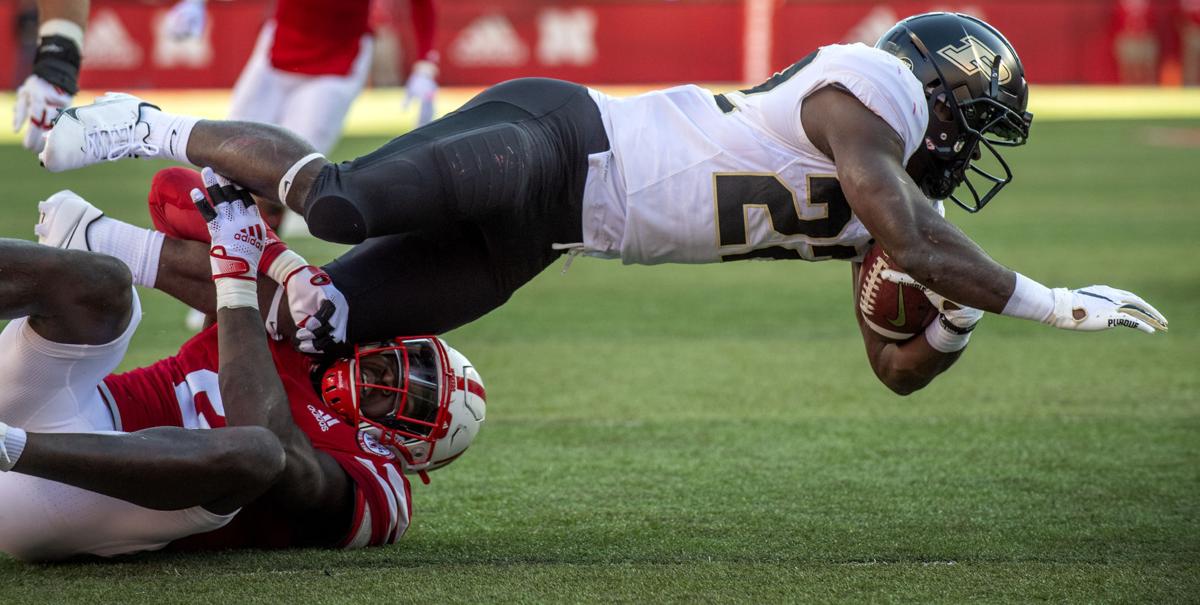 Purdue's King Doerue (22) gets tackled by Nebraska's Caleb Tannor in the third quarter on Saturday at Memorial Stadium.

The Nebraska offense committing four turnovers and the defense not getting third-down stops created a massive discrepancy in Purdue's 28-23 win Saturday at Memorial Stadium.

Purdue ran 86 offensive plays, while the Huskers ran just 58. Purdue had the ball for 38 minutes, which was about 17 minutes longer than Nebraska did.

“We didn’t play a good enough overall team game,” Nebraska coach Scott Frost said. “We’ve been so good against the run, and up front, on defense, and I thought we gave them too many yards on first down. We gave them too many easy throws probably. That being said, the defense basically gave up 21 points.”

Purdue put together long, time-consuming drives with a mix of runs and short passes.

And then the Boilermakers cashed in on third down. Purdue was 6-for-17 on third down, and 2-of-3 on fourth down.

Purdue rushed for 116 yards, while Purdue quarterback Aidan O’Connell was 34-for-45 passing for 233 yards. He threw two touchdowns and had no interceptions. Wide receiver David Bell had nine catches for 74 yards.

Twice in the second half, O’Connell found open receivers for touchdowns.

Steven M. Sipple: The sad story of the end of Frost's tenure at NU may now be writing itself

Put simply, the Blackshirts just couldn’t get off the field.

“They got some good passes, and a couple of leaky runs here and there, and that will do it to you,” Husker linebacker Nick Henrich said. “If it's second-and-8 and they get a 10-yard pass, the drive moves. And another thing, if I don’t panic out of my drop on a play-action, then they don’t catch it behind me. There’s another first down. It’s just stuff like that that would add up on those long drives.”

Purdue hadn’t been that great running the ball, only surpassing 100 yards on the ground in one game this season. Until Saturday.

“We were ready for (Purdue running the ball),” Husker linebacker JoJo Domann said. “They had to establish the run to set up their pass. If they couldn’t run the ball, we were just going to drop eight. That’s probably their game plan every week is to establish the run to open up the pass. We just got to play fundamentally sound in our gaps and tackle well.”

On one drive, Purdue converted on both a third-and-8 and third-and-9, and that can be deflating.

Purdue’s offense posed some challenges, Henrich said, but Nebraska should have been able to handle it.

“It’s really hard to game plan for them,” Henrich said. “They do a really good job of making you know your defense and know your roles. If you do that, there is going to be nothing that comes up that you won’t be able to handle. But if you’re a little hesitant on one or two things, then it’s going to be a long day.”

The Scene: 'A lot of adrenaline' for Air Force team that parachuted into Memorial Stadium

Micah Pugh briefly played college football at Air Force. Then he found a more exciting way to get on the field.

Stat tracking: Third-and-longs make for a long day for NU; Bell gets his catches

Nebraska's offense looked out of sync most of the day. One of our stats uncovers a contributing factor, especially in the second half.

After gaining 97 rushing yards on its first three drives, Nebraska mustered just 33 more yards on the ground the rest of the way.

Purdue's adjustments, including how it defended Martinez, pave the way for road victory

"We definitely adjusted some things and focused more on the running back and less on the quarterback running the ball," Jeff Brohm said.

Your Report Card: Purdue vs. Nebraska

Your turn to grade the Huskers' performance against Purdue on Saturday.

The redshirt freshman from Missouri Valley, Iowa, was a second-team junior college All-American in 2019 and then walked on with the program he grew up rooting for.

A look at some talking points after the Huskers' game against Purdue on Saturday.

Martinez threw four interceptions Saturday — three in the second half — as Nebraska's offense bogged down its defense by leaving it on the field far too long.

Purdue's David Bell can't quite catch a pass while under pressure from Nebraska's Cam Taylor-Britt in the third quarter on Saturday, Oct. 30, at Memorial Stadium.

Purdue's King Doerue (22) gets tackled by Nebraska's Caleb Tannor in the third quarter on Saturday at Memorial Stadium.