Most Intriguing Huskers: No. 22, freshman DL Nash Hutmacher
0 Comments
Share this
1 of 2 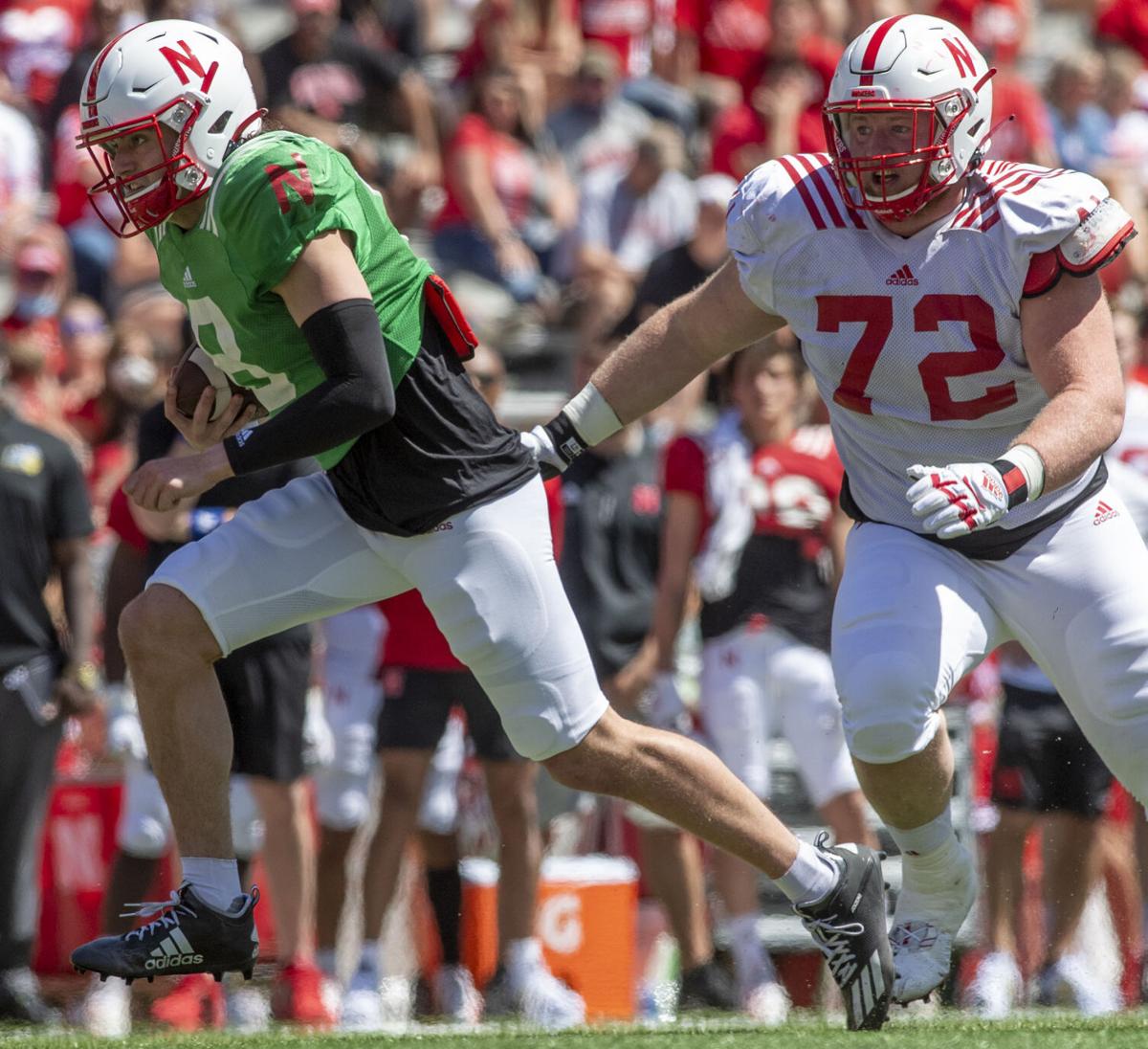 Logan Smothers (8) runs the ball past Nash Hutmacher (72) during the Red-White Spring Game on at Memorial Stadium on May 1. 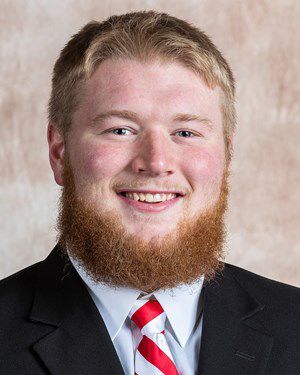 So far on the Most Intriguing Huskers list, there have been several players that have bright futures but maybe not exactly a defined role at this point in 2021.

Hutmacher fits that description, too.

The 6-foot-5, 330-pound defensive lineman, dubbed “Polar Bear,” was a fan favorite from the time he verbally committed to Nebraska over Wisconsin and Oregon. This spring, he took a step toward impressing his position coach and teammates, too.

Tuioti talked about the Chamberlain, South Dakota, native’s improved agility and foot speed this spring. He showed some of that in the Red-White Spring Game, logging six tackles and a sack.

Defensive tackle Damion Daniels reminded, too, of Hutmacher’s exploits in the weight room.

“Nash is one of the strongest people, probably, in the program right now,” Daniels said at the outset of spring ball. “Watching him move the weight, it’s ridiculous. He’s moving way better than when before he first got here. Just looking at how far he’s come since he’s been here, that’s pretty big.”

Daniels’ continued improvement along with fellow junior Jordon Riley and others like Ty Robinson, who can play inside or at defensive end, means Hutmacher may not have a major role in 2021. Could he be more regularly counted on in run-heavy situations or goal line packages? In a deep room with lots of returning snaps, that would be a good next step for the freshman.

The NCAA’s eligibility extension means Daniels and Riley have the option of returning for 2022, but neither is guaranteed to be back. Hutmacher’s time manning the middle more regularly is coming, it’s just a matter of exactly when.

Bryce Benhart just naturally gets noticed. And if he can put his size to consistent production, the Husker offensive lineman will stand out even more.

If Haarberg, who was preparing for a Class C-1 season at Kearney Catholic a year ago at this time, can make strides in his command of the offense, he’s going to make the next-man-up conversation behind Martinez very intriguing indeed.

Playing time is up for grabs in Ryan Held's Husker running back room: "If it’s too hot, get out of the kitchen. We’ll wait and see what it looks like."

Logan Smothers (8) runs the ball past Nash Hutmacher (72) during the Red-White Spring Game on at Memorial Stadium on May 1.