The entry could realistically be split between Haarberg and Logan Smothers, the freshman pair tasked with getting into game-ready form fast enough to step in should anything happen to junior Adrian Martinez this fall.

Haarberg, a 6-foot-5 freshman from Kearney Catholic who just arrived on campus in January, captured the attention of NU coaches throughout the spring and then Husker fans during the Red-White Spring Game on May 1.

His game needs a lot of refining but coach Scott Frost made it clear what he and quarterbacks coach Mario Verduzco think of Haarberg’s natural ability. He  has a big arm, he can run and Frost said he made some throws in the spring where “everybody kind of turned and looked at each other.”

Verduzco, too, is adamant that the mechanical work Smothers has done is going to take root and allow the 2020 freshman to unlock what the staff believes is quality arm strength.

Frost decided Nebraska didn’t need to shop for a quarterback in the transfer portal because of how the young pair performed this spring. The Huskers are convinced one or both will be ready to go by the fall. Smothers is the smoother operator of the offense and Haarberg has the tantalizing tool kit.

Remember, Frost and Verduzco didn’t get to see Haarberg throw in person at all before offering him a scholarship or before he signed with NU because of the coronavirus pandemic and long NCAA recruiting dead period. It’s safe to say they were happy with the first impression this spring. Not only that, but Haarberg is already pushing 215-220 pounds after arriving on campus at about 200.

If Haarberg, who was preparing for a Class C-1 season a year ago at this time, can make strides in his command of the offense, he’s going to make the next-man-up conversation behind Martinez very intriguing indeed.

The 6-foot-5, 330-pound defensive lineman, dubbed “Polar Bear,” was a fan favorite from the time he committed to Nebraska over Wisconsin and Oregon. This spring, he took a step toward impressing his position coach and teammates, too.

Parker Gabriel and Chris Basnett recap a wild summer week in Nebraska athletics. They cover Bill Moos' abrupt departure and nearly $3 million payout, give the latest on the search for Moos' replacement and talk timeline.

Playing time is up for grabs in Ryan Held's Husker running back room: "If it’s too hot, get out of the kitchen. We’ll wait and see what it looks like." 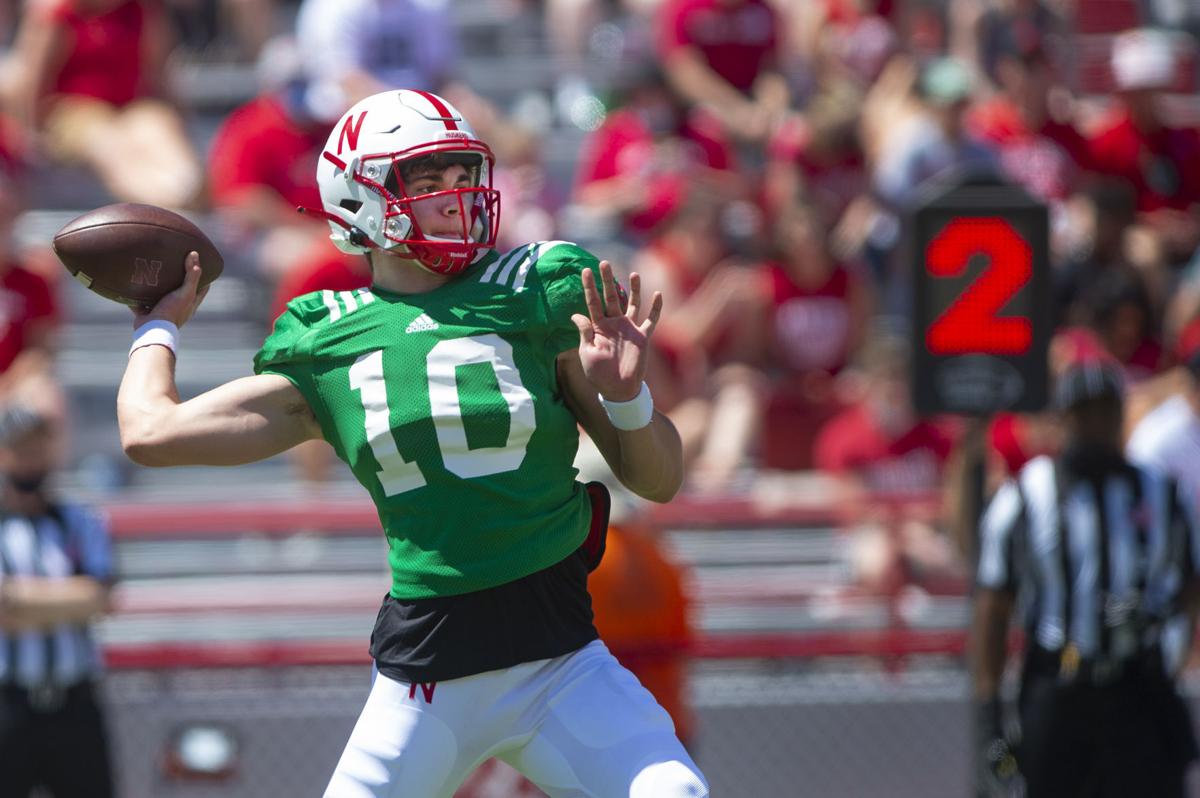 Nebraska quarterback Heinrich Haarberg throws the ball downfield during the second quarter of the Red-White Spring Game on May 1 at Memorial Stadium. 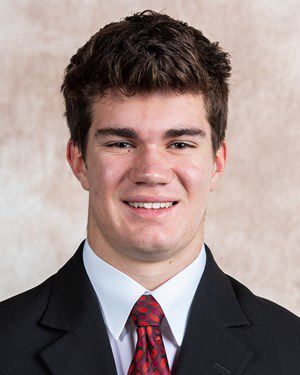